Where do I start with West Wales tope fishing? For most they’ve been assumed to be a summer fish, but in recent years they’ve continued to show whilst people have headed out for the early spur dog, assuring us of a much longer season than has previously been considered.

They remain one of the hardest fish to catch on the West Wales coastline, but I’m so lucky to have them right here on my doorstep, and potentially the best tope fishing in the UK too.  I appreciate many other anglers would give an arm and a leg for the same opportunity, so its not a blessing to be wasted!

I’ve now racked up seven years of tope fishing and fell into the trap at first of believing it would be a walk in the park. You start seeing regular social media posts from the same people and easily believe they have that success every time, not seeing the hours they put in without a fish, or the hours of research to know exactly where but more importantly when to go to maximise their chances. My assessment was actually compounded by my very first session targeting the species, where I was fortunate enough to land two of them, the biggest at 32lb.

To cut a long story short, having called it quits whilst ahead in the first season on the tope and focused my attentions elsewhere, I returned eagerly the next season thinking stick to the mark where I’ve had success already. 10 blank sessions later and thankful of years of patience built up carp fishing, I realised I should be trying some other marks. It’s known for tope to travel up to 50 miles a day, so being mobile and able to hit a number of marks to find the fish over a period of time is critical. Detailed knowledge of multiple marks will always separate the best tope anglers from everyone else.

Finding marks at first is a challenge. Naturally, some people will help, but you can’t expect too much from too many people as many marks will only fish a couple of anglers and take a long time to walk out to. You don’t want to find it occupied. The main thing to look for is a good tidal flow. If there’s a decent tidal flow and a food source, chances are the tope will move through it at some point.

That being said, I thought I’d located some prime marks in my second season on the tope and continued to fail miserably. Bar a few lost runs, it had been hard work and I once again quit the pursuit in order to redirect my attention back to other species. I was feeling a bit of a beaten man and needed to re-boost my confidence ahead of another attack of it the next season.

The next season saw the reports start coming in on Facebook from the usual names. Ryan Wingfield as usual seemingly pulling tope out for fun from every rock in Wales. It gave me the kick I needed to don a pair of walking boots and invest serious time in walking the coastline, identifying further likely spots. Preparation was going to be key. With a reference to charts to check depth and ground against other visible positive signs for tope, I soon had a mark in mind, albeit one with a 2 mile walk to get there. No pain, no gain!

Pain doesn’t of course guarantee gain either. The mark had proved to be an absolute tackle grave yard! 2 miles back to the car it was! Onto the next mark, 20 minutes up the road, but fortunately just a 15 minute walk down to the desired spot thereafter. Everything looked right and I was brimming with confidence. No bites on the first two casts, but they are often just establishing a scent trail, so it was soon time to reel in and re-freshen. No! Both rods were snagged again! Hours of research rendered useless. Back on came the walking boots and new marks were once more on the agenda. The next venue I set my mind on looked lovely. A nice flat ledge, just the descent would prove tricky. A pin was hammered in and 50ft of rope lowered down to assist the descent. Problem was, once I was down it looked perfect for fishing, but I did wonder how I was going to get back up! Rods went out and I sweated over whether they would come back in, but fortunately they did! I’d finally found a tidal mark with clean ground!

It didn’t get a great deal more positive than that though. 3 hours passed without a bite, the same 3 hours had passed without a single bait fish to the feathers either, and fresh being best, this didn’t leave me with much confidence.

As the tide turned, I’d managed to eek out three mackerel, which were soon made into baits and cast back out. Bang, fresh worked and one reel screamed as line peeled off of it! Only for the fish to be lost soon after! Gutting! That was as good as it got, but the ground was right, the tide run was there and I’d had a tope run, so I was definitely going to return.

A strong set of winds for the next few weeks rendered my one clean mark un-fishable, so back to the walking boots and drawing board it was, soon identifying some sheltered marks that looked to offer potential. These marks proved to be clean, so it was now game on, always knowing I could get out of the wind we were down to an hours game. Put the hours in, get the rewards.

This was when the rewards started to show. I steadily improved by catch to blank ratio by learning the prime conditions for each of the marks I’d uncovered. As important was identifying when not to bother with the marks as when they were likely to fish at their best. Catches started to come fairly thick and fast, but nobody saw the hours and blanks that went into each fish beforehand. It’s taken 7 years of relentless information gathering to refine it to a degree of relative confidence when heading out on a session and still blanks will be had. After all these years 45lb is my PB and one I am keen to up very soon. It really goes to show that one should never give up. Whilst short cuts on the marks are hard to come by, one tip I can pass on is not to underestimate the ability of a tope to roll up in both your trace and your shock leader. I used to use 100lb rig body, but upped it to 150lb after having one tope cut through. I also upped my leader to 100lb.

On the real business end is a bite trace made from 49 strand wire, rated around 100lb, with a Varivas 8/0 Cat hook pennel set up. They are such awesome hooks which I really attribute to upping my landed rate. Rigs are simply 3ft pulleys, nothing overly complicated is needed.

Always be careful on the rocks in West Wales. Use any research walks as much to conduct a safety assessment and what equipment might be required as you do to scope the fishing potential. I’ve witnessed first hand a friend going in to a rogue swell, luckily being washed back in by the next one, so consider ropes both for descending to marks and strapped round you for landing fish. A large net with a long handle is essential. For more top tips, check out Ryan’s earlier HookPoint feature ‘How to catch a tope’.

My most recent session once more produced a couple of tope. Its great that the season is extending so long, as it means there’s more opportunity to pick the right tides and times to maximise returns. I’m still leaning and will no doubt be back out again next year seeing what I can add to my knowledge on the species. 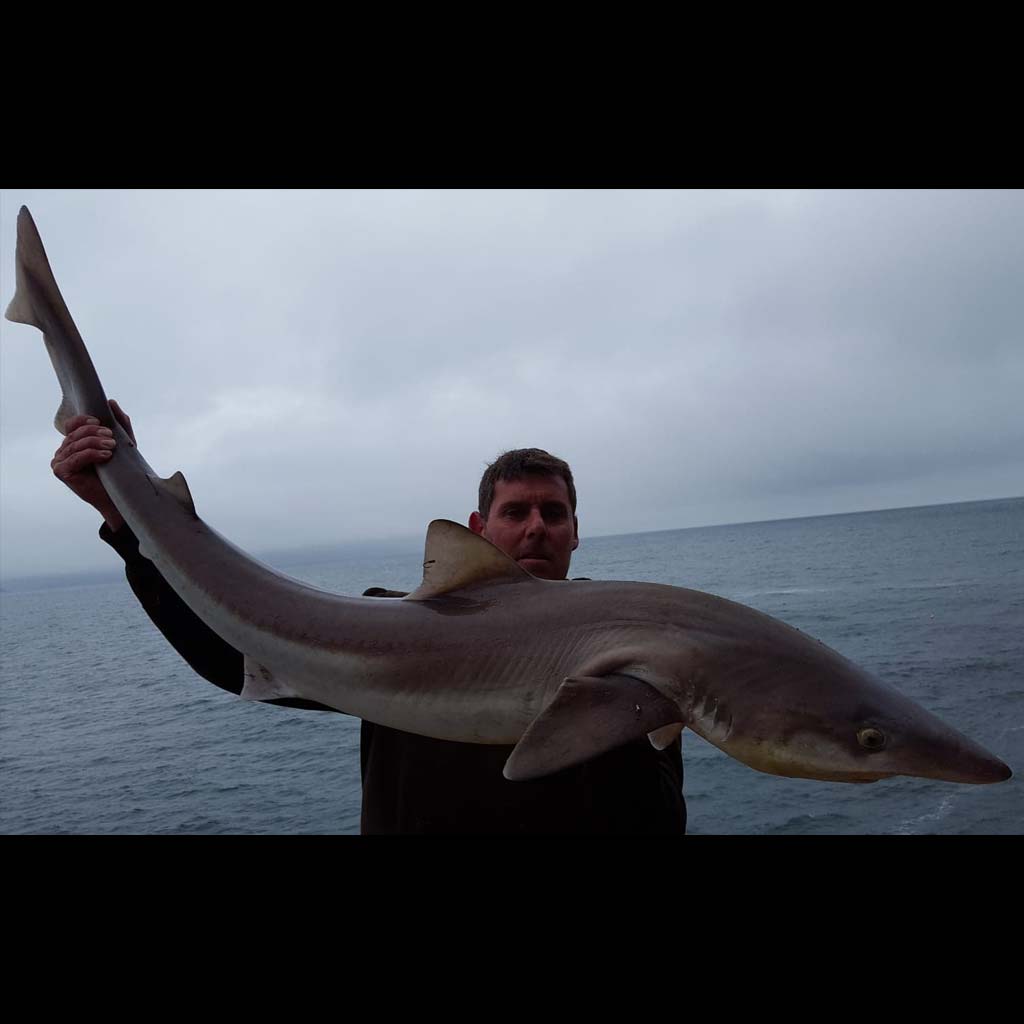 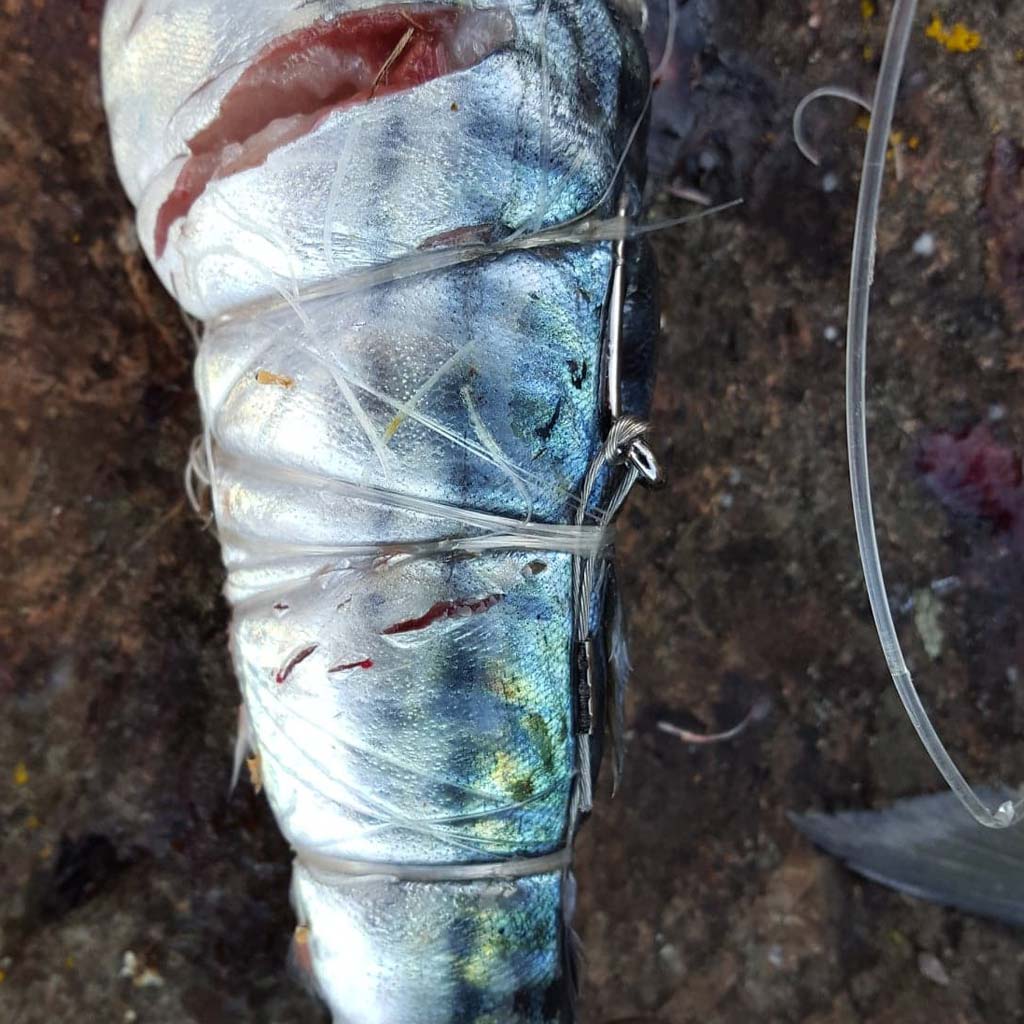 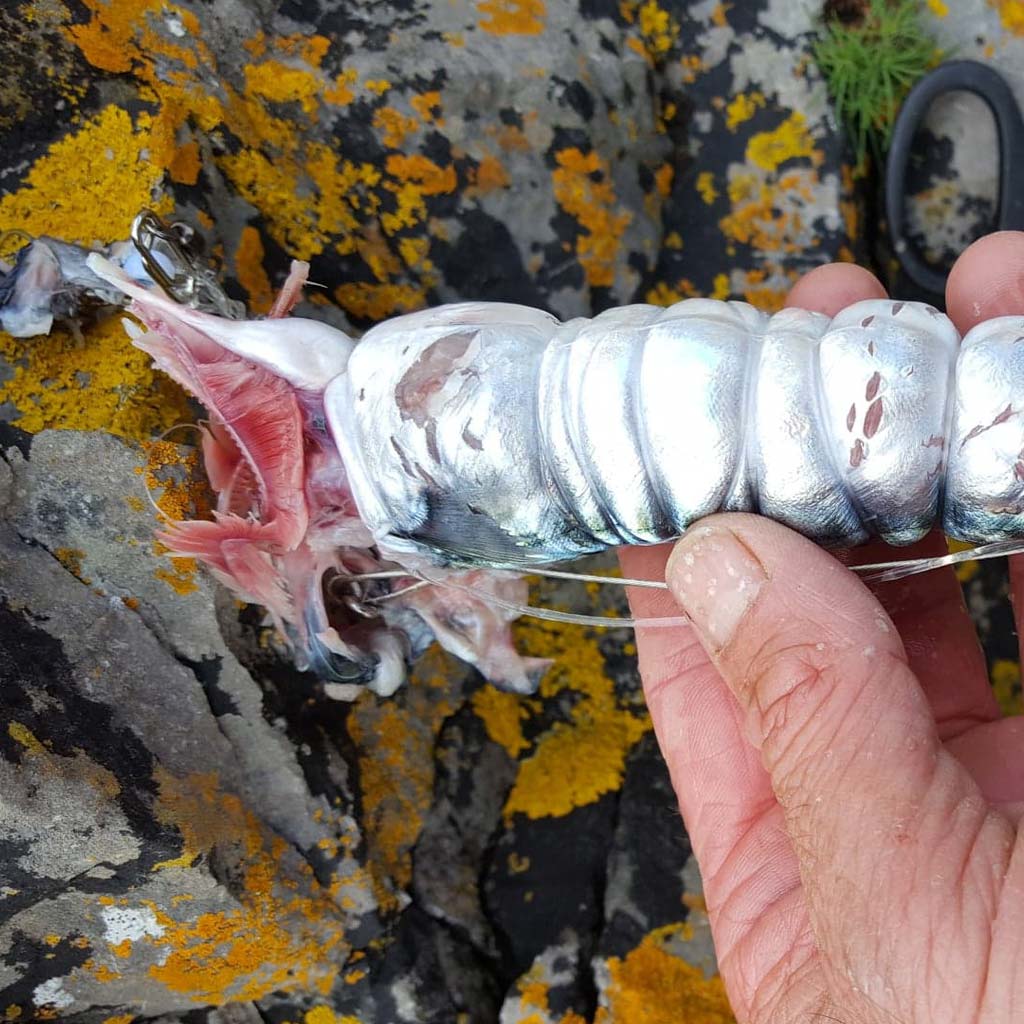