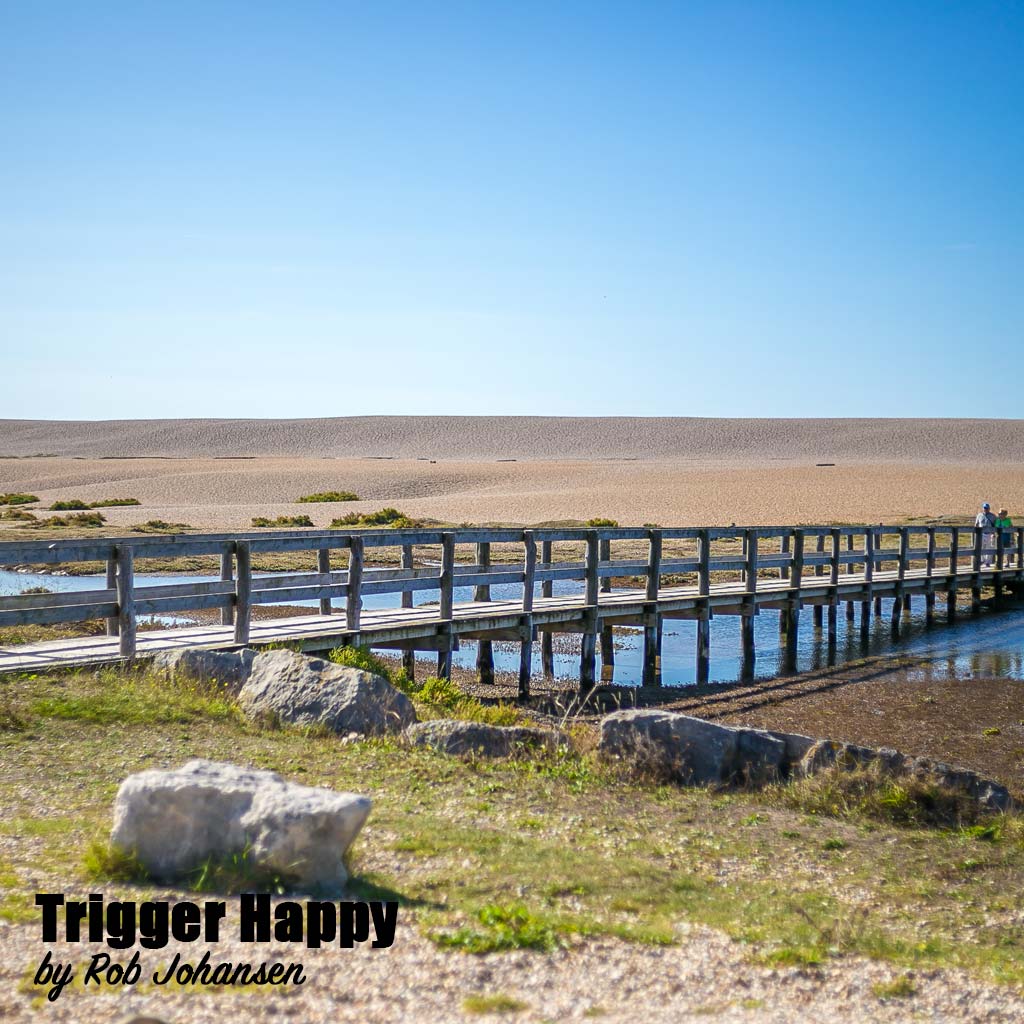 Over the last few years I’ve seen reports of triggerfish being caught along Chesil beach.  Having not known too much about these fish I started doing some research on old reports and what areas produce them.  After not finding regular catches in any other area, I knew if I were to target them it would need to be Chesil to stand the best chance.  Now the reports mainly concentrated around the end of August with September also seeming to be a good bet.  So, as the time drew closer, I conjured up a plan.  The best bet was to fish the Royal Adelaide wreck. Not only have certain people named this spot as to their catches but I’d also seen a number of dive videos with them swimming around down there.

The plan was to get down there as the night shift had finished and before any first lighters had arrived.  The day in question was a Friday.  Kit had been packed a few days prior, leaving the bait to be thrown in last thing before setting off.  Unfortunately, after weeks/months of this idea and background research, the night before this session, I happened to be ill and this had me in bed all day Friday with a 24 hr bug.  Not deterred, I rolled the session over 24 hours.  With it now moving to the Saturday, which would be busier, I believed my plan of getting there early would still work.  After spending the whole day in bed on Friday, I wasn’t feeling that tired early evening but went back to bed for the early get up. 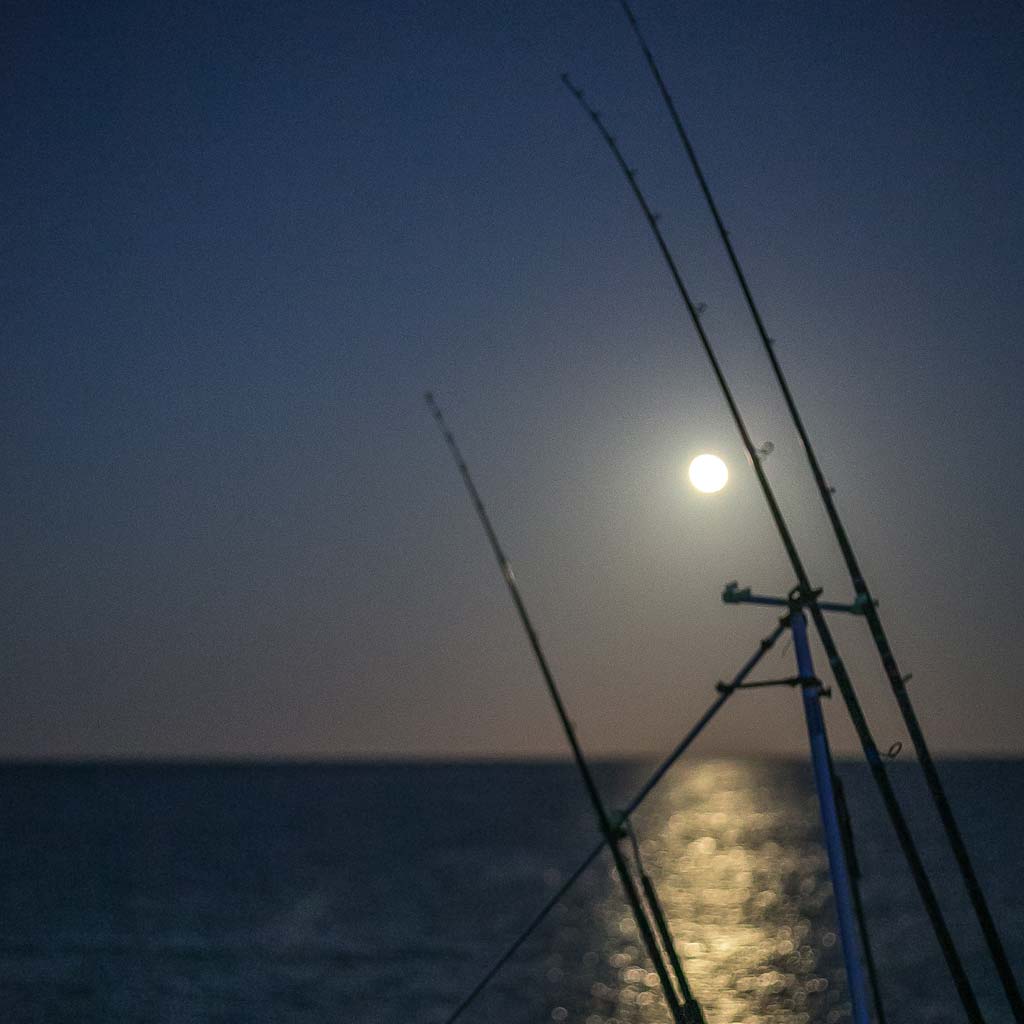 Either excitement or huge amounts of sleep got the better and I ended up clock watching.  By the time it hit 3am I just had to get up, my alarm was set for 4 but I was wide awake and ready to go.  Car already packed, all I had to do was grab the bait.  On the road just over half an hour and now in the carpark at Chesil for 4am, I was surprised at the amount of cars there.  A quick run up the shingle bank to check conditions and where anyone was positioned I was astounded to see the place already packed on the Adelaide. I wouldn’t be able to get within 200 meters, in either direction.  To say I was gutted is an understatement!  The confidence had taken a massive hit and this is before getting the gear out the car. With no back up plan, I thought I would still fish but further down where there are other parts of wreckage.

6 pounds in the parking meter got me enough time to target first light and the stage of tide I was after. A short walk along the shingle got me to the last-minute plan B, where I have dived before and seen parts of wreckage that could hopefully give me a slightly added advantage of a fish holding area.  It was certainly surprising to see all the fishing shelters down there and no one seemed to be sleeping the dog watch. Lots of activity of re-baiting and casting was happening everywhere.  Well my plan had truly failed but I would still give the session 100% effort like every time I manage to get out.

With prime baits of locally caught squid, recently dug lug and rag, blast frozen peeler crab I foraged earlier in the year and a maximum of 20-minute bait ups, I fancied my chances for a number of species.  Small hooks, no bigger than a 1/0 would be used on a number of different rigs.  As I would be fishing up to 4 rods, this was going to be constant battle, fighting time to keep fresh baits in the water.  3 hook flappers, Portsmouth loop rig for distance and pulley dropper to put my baits on and off the sea bed, then a spinning rod for once first light approached. 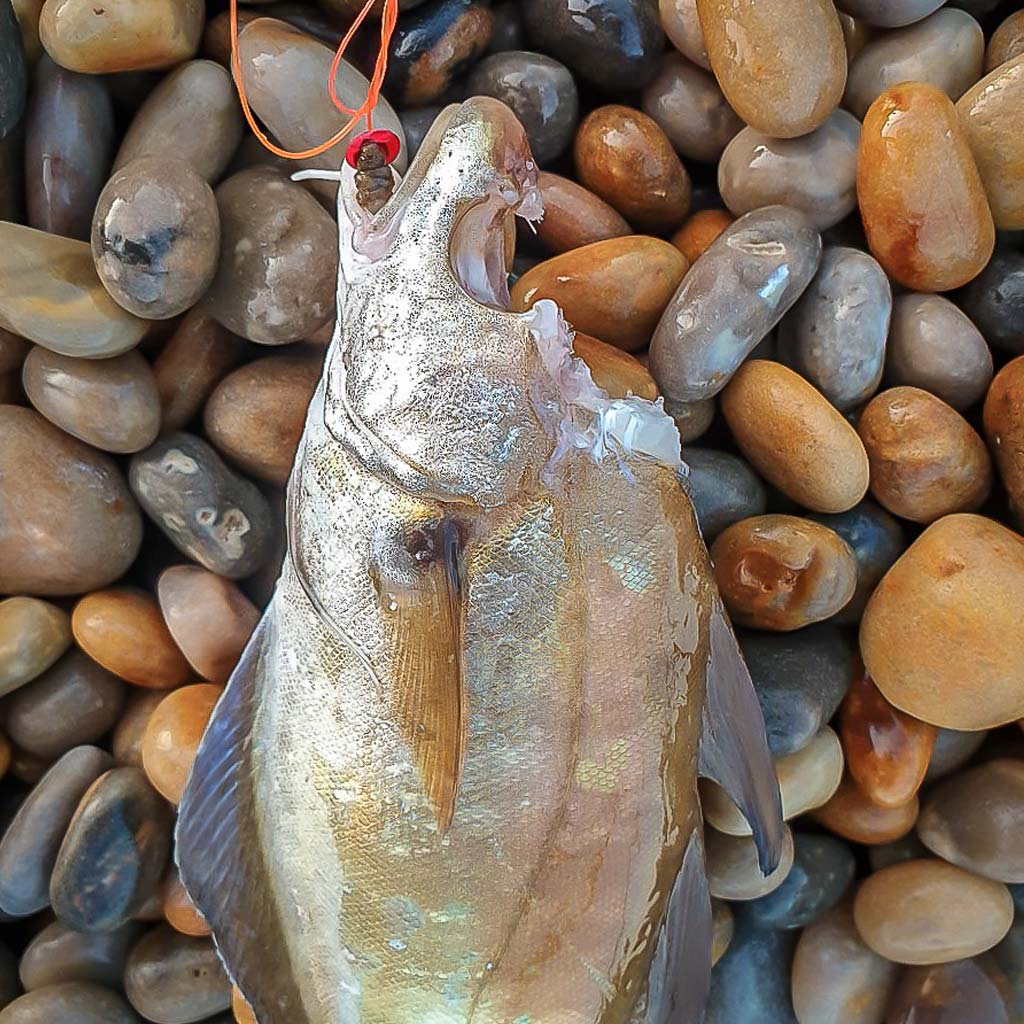 The fishing began in total darkness where things were surprisingly slow.  A Handful of pout and lone strap came first as predicted but not in the numbers I expected. A quick change of plans for one rod got me putting a whole pout on wired up 8/0’s to stick in the gutter on a sleeper rod to the side for the passing larger predator. I do try to get those smaller caught fish back out on wire on most sessions now, if the conditions allow. Looking back through fishing logs they are generally the ones that produce that extraordinary fish.  Also to note, these pout were all getting eaten alive by cuttle fish with the back of the head being eaten down to the bone, that area of the fish must be a delicacy to them!  One of the smaller pouting had been eaten all the way through the back of the head just leaving the head on the hook.

Earlier than predicted the sky started to lighten, with no clouds in sight, it looked amazing to see the world awaken.  A light offshore wind gave the casts that extra little helping hand to reach the fish. Feathers straight out and scad were on the take followed by a full string of mackerel, all decent sizes ones and a PB 40cm mackerel on the Dexters wedge.  This was short lived as I only had a couple of casts before re-baiting the other rods then the second and third round of casts meant the shoal was long gone as I didn’t have another take on the spinning rod until later, where a lone gar fish took a liking to the wedge.

The first two hours of day light was constant, with pout and bream on most casts and the flurry of fish from the spinning. I was busy to say the least and struggling to keep all the rods in the water. Amongst these I managed to catch a rare Baillons wrasse, which was a first for me.  Initially I wondered if it was a corkwing variant but, a picture sent to a very knowledgeable group put me straight. With the optimal time being 10am I was over the moon how it was going. 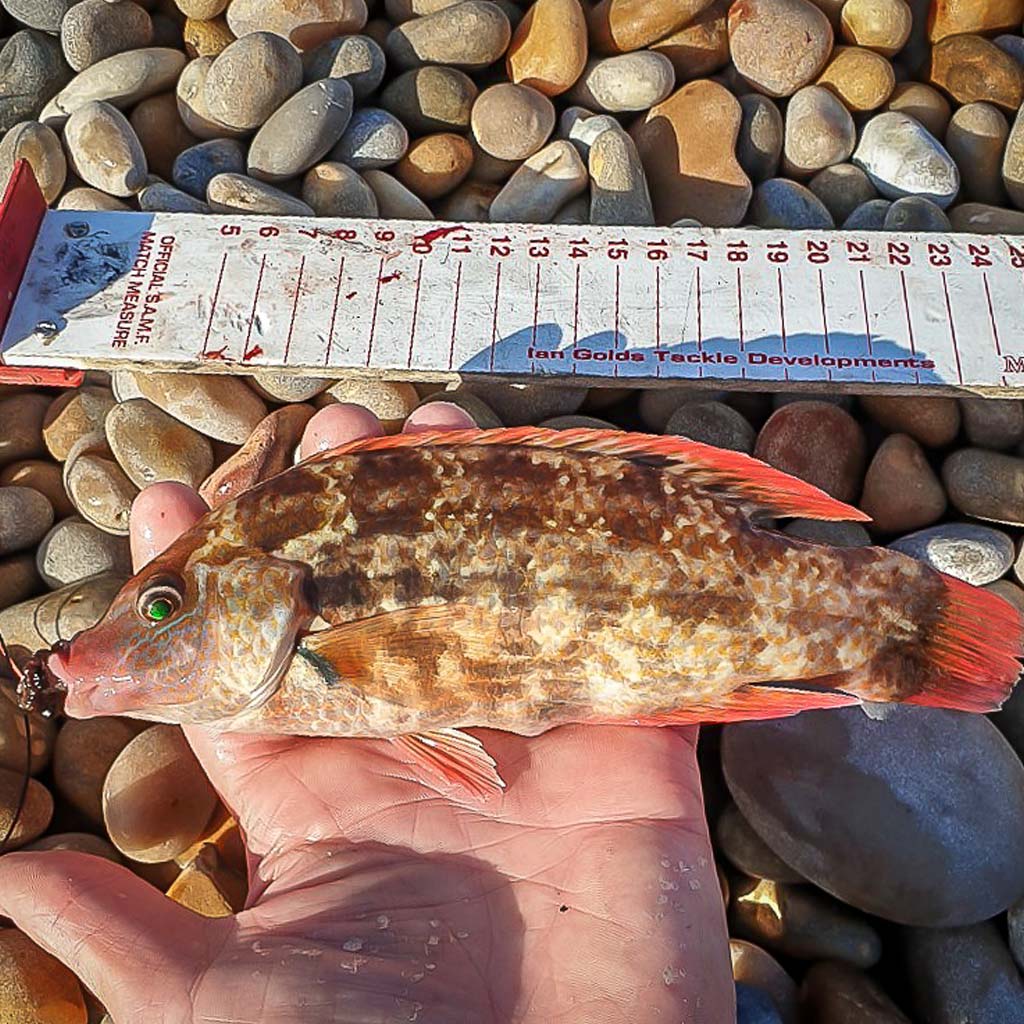 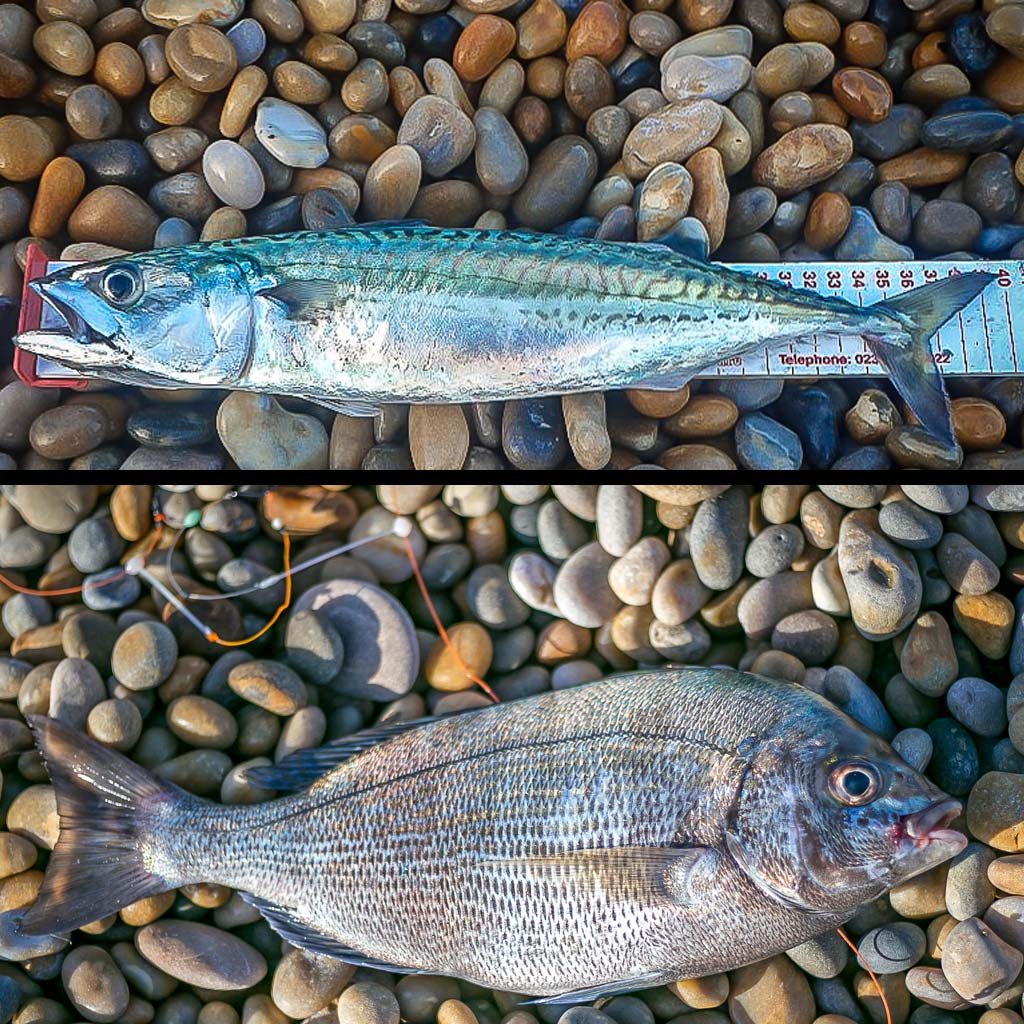 The tide was pulling strong and picking up but I had enough room to be able to move up tide 50 meters or so to cast then let out a large loop to be uptiding and hopefully hold bottom.  This wasn’t the case, no matter how much I let out the 200g lead was still getting dragged down tide where I ended up tangled with the next guy down from me.  I only noticed this as he started to wind in, making me jump, thinking it was something decent. A quick chat with him and he and two others had spent all night there with not much to show for their efforts apart from a few pout and the one strap.  10 minutes into the next cast and the rod tip pulled down violently, as I hurried to my rod I noticed the guy down from me reeling in, not again I thought.  With rod in hand I felt nothing and watched as he dragged his gear up the shingle.  Maybe his rig just slipped over my line or could it have been a missed take?  I held the rod for a couple of minutes and felt nothing so decided to put it back in the rest.  There was a 3 hook flapper on the end so if it was a fish then there should still be baits on the other hooks.

Another couple of minutes passed and with the 20 minute point still a little off, curiosity got the better of me.  Rod in hand, I wound the line tight and pulled in to something heavier than the lead and it started thumping!  All the way in the fish was giving sharp darting movements and staying low in the water right up until my feet, until I got my first glimpse and it was the target species.  First session after a triggerfish and 3 hours into the session I had one on the shingle.  A decent sized one as well, bringing the scales down to 2lb 14oz, I was over the moon at getting to see one on the first attempt.

Hearing from others fishing that morning.  Triggerfish were caught at roughly a similar time,  suggesting they came in or moved down the coast line pretty quick, getting picked off in low numbers to the lucky few.

The distance rod was next to be re-baited, slack wound in, I lifted in to some weight again.  Strange as it hadn’t shown any life.  Whilst reeling in there were a few taps, could this be a second trigger from the passing shoal?  Whilst taking my time, in case it had taken the mono snood down, which they regularly do, I kept constant pressure on until I could see it rising from the deep.  The first glimpse looked like a trigger shape but very quickly I realised it was a black bream and another good size fish.  Safely on the shingle into the class of not lost on the shoreline.  It was quickly photographed, dispatched and weighed.  Coming in at 2lb 11oz, made it the third PB for me in the last hour.

Optimal time was just over an hour away and things went quiet, baits were coming back untouched.  Not to be phased, I fished on hard, keeping the 20 min bait ups going.  It has been common for nothing to be feeding before this state of tide.  Unfortunately, that was it?  All baits for the next three hours came back untouched.  I’m glad I didn’t choose a short period session to just fish that stage of tide or it would have been very disappointing.

As the parking ticket was drawing close to running out, I quickly packed up and made the short walk back to the car. During the walk I realised this had been a class session, even though I got the baits back untouched for the last 3 hours the first half was almost a fish a cast and a handful of double shots.  2 new species and  a PB bream made this a memorable session, to target a species and catch it on your first attempt is good going in my books.  I was planning on targeting them for 5-10 sessions this year before having to wait until the following season but fortunately I was one of the lucky few to have one that morning.  If I wasn’t ill and fished the previous day on the mark I’d planned to, would it have been a better session?  That’s is something I’ll never know but I am pretty sure it worked out well the way it did. Sometimes it just happens no matter how much prior preparation and planning you do. 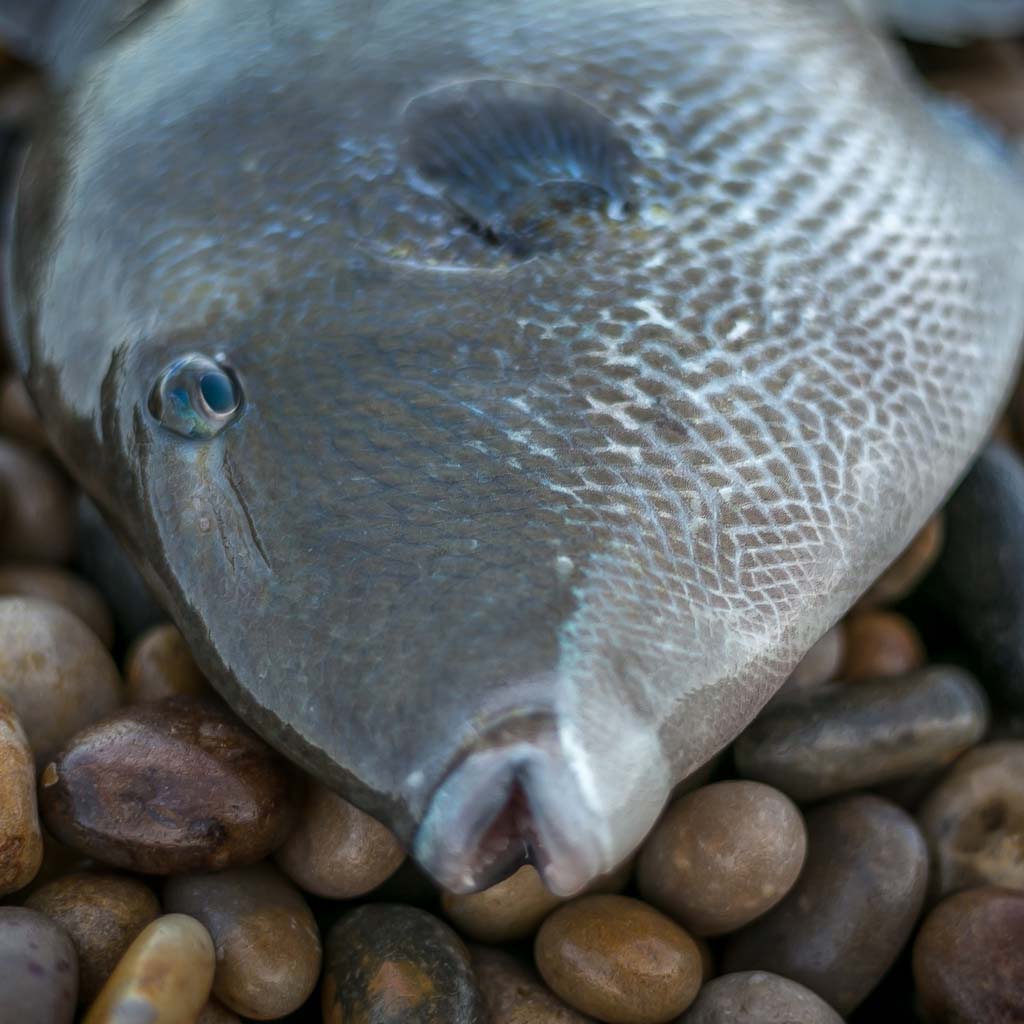 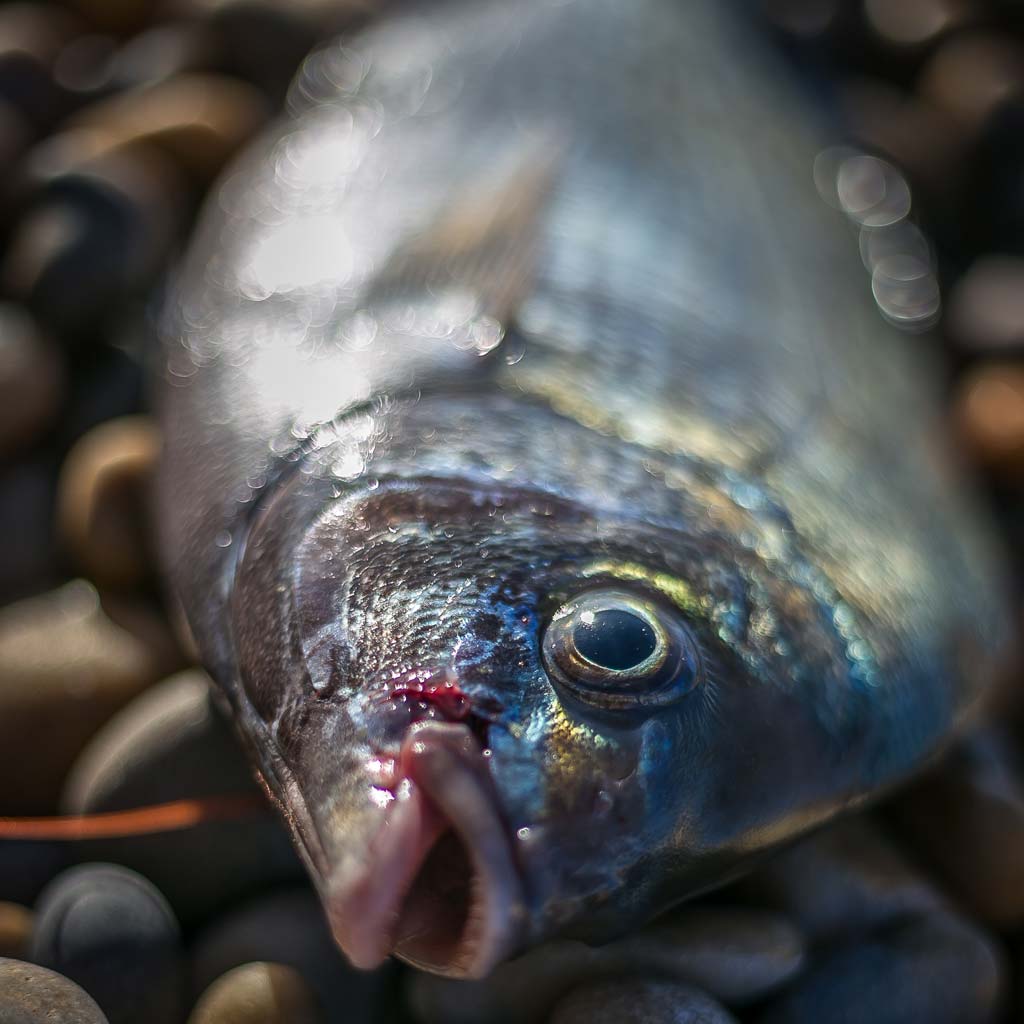 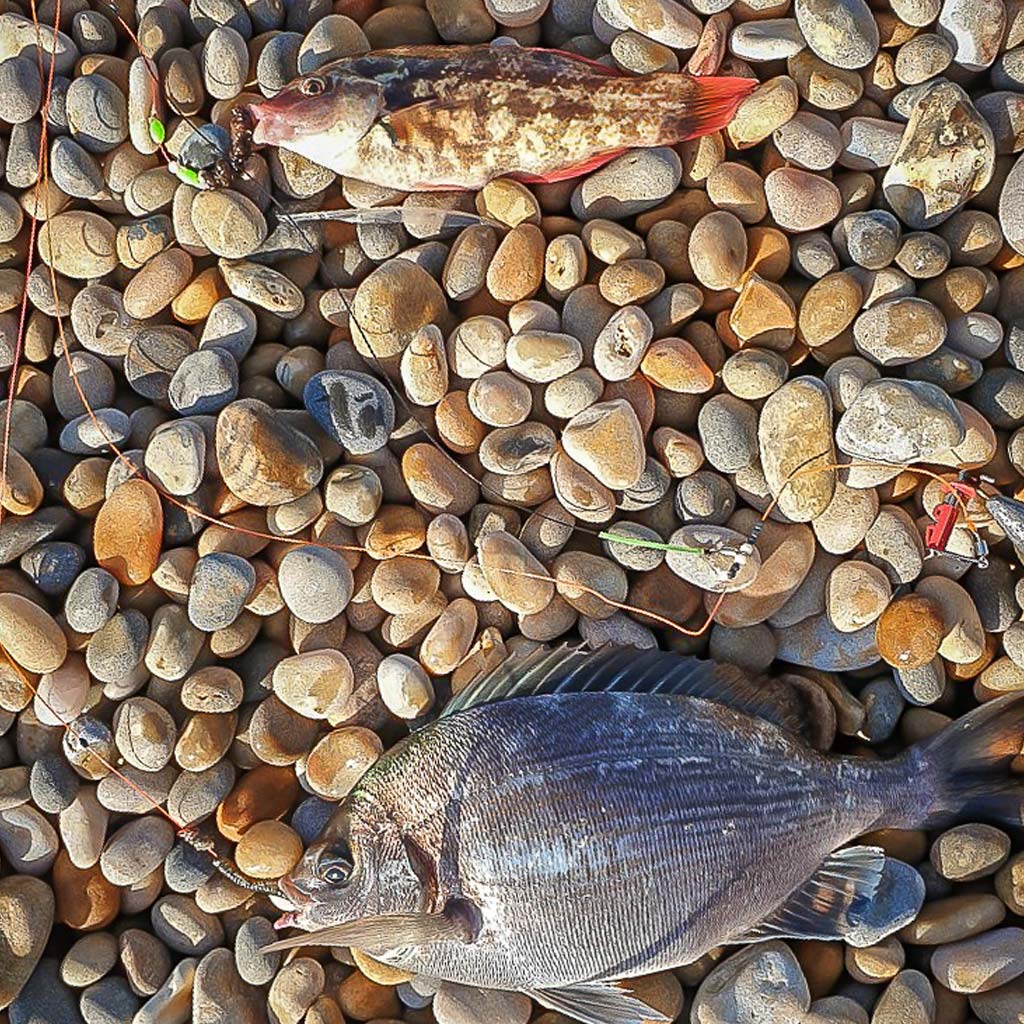 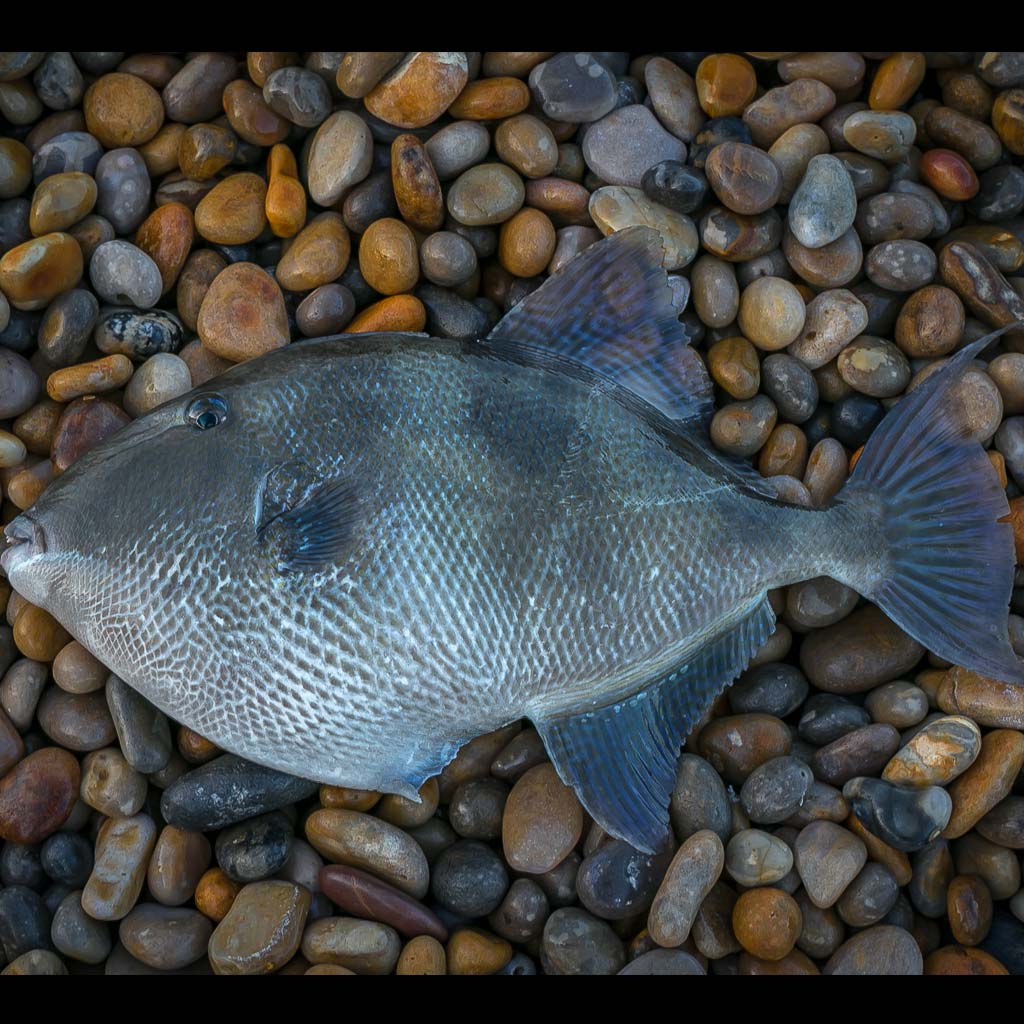 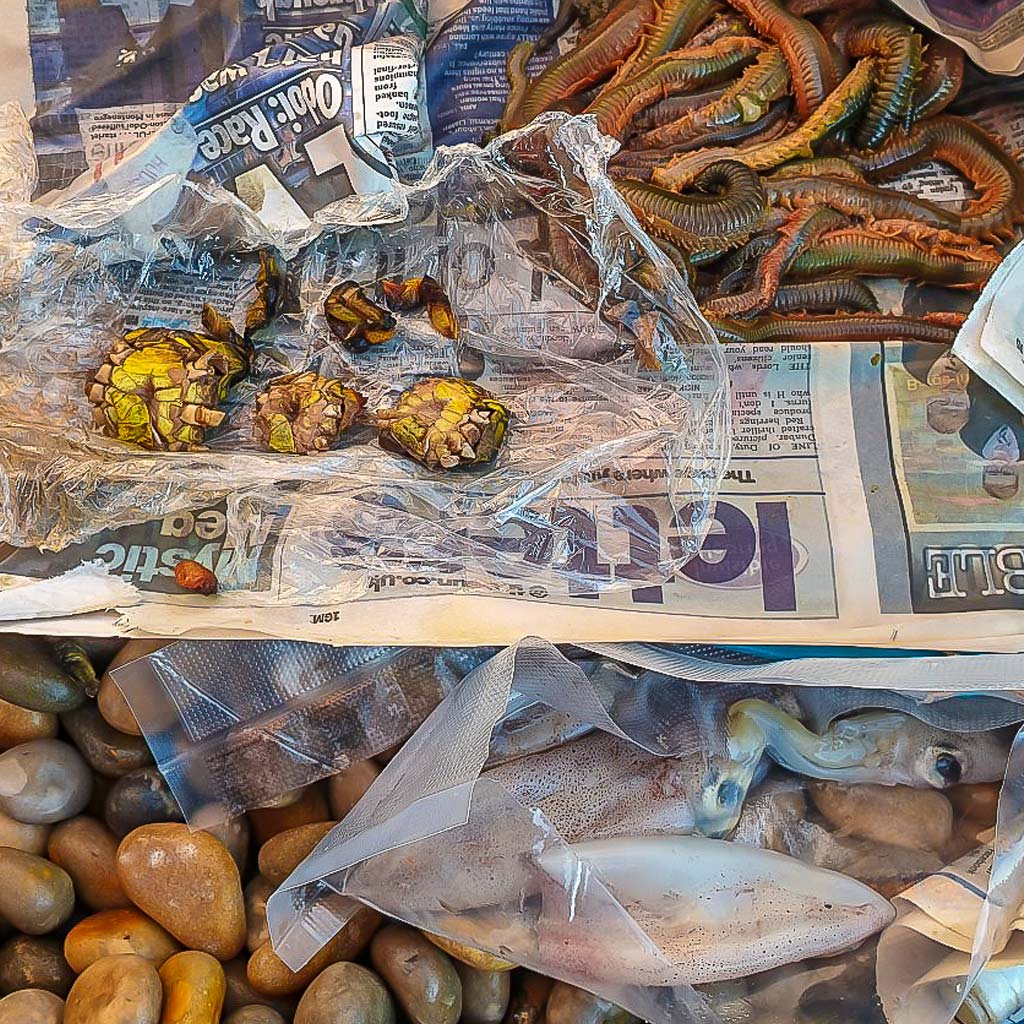 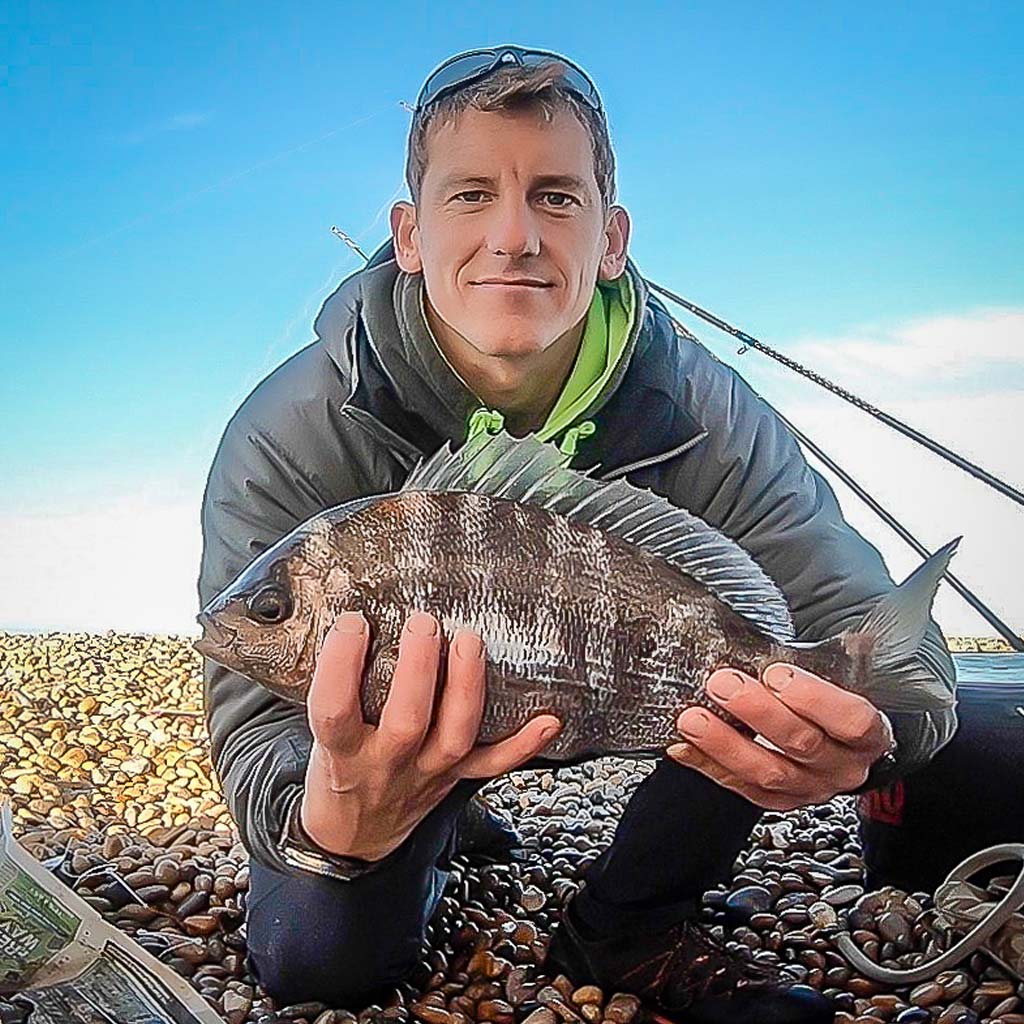