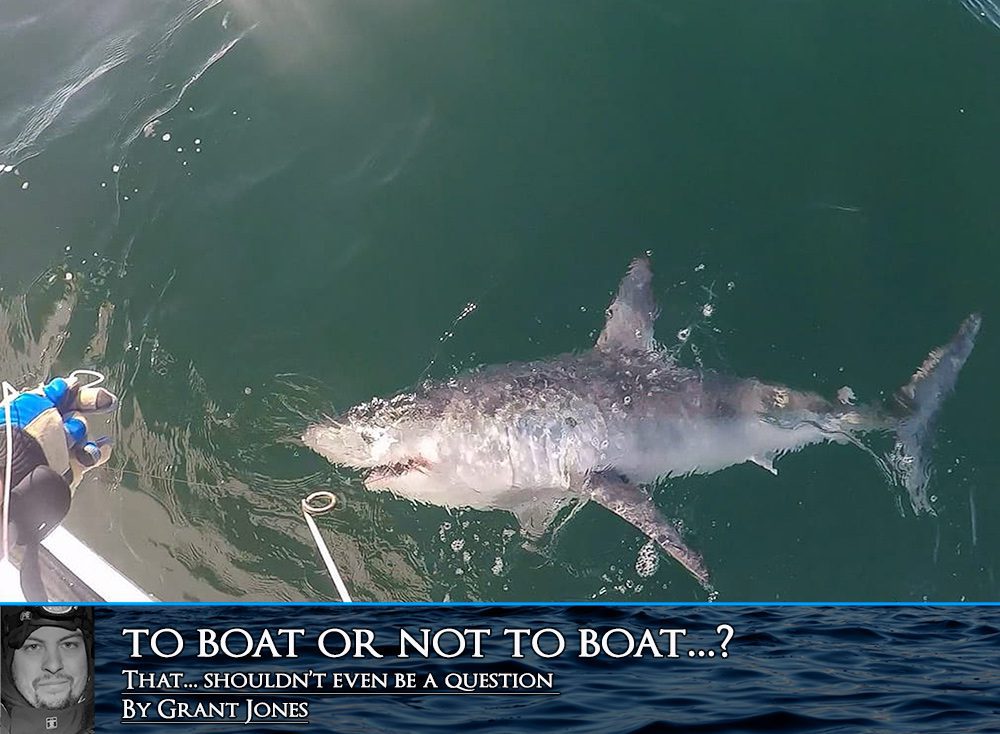 It’s often been said that because angling has no politics in itself, we fill the void by creating it out of nothing. Whether this is a new phenomenon since social media, or just a more visible one, is up for debate, but the disagreements from within our sport are frequent, result in incredibly strong opinions and often as a result lead to fall outs between anglers too. This is all before considering the mixed feelings towards bodies such as the Angling Trust, IFCA, BASS and others, all of whom no doubt set out with the best of intentions but fall foul to the principle that ‘you can’t please all the people all the time’.

What has been more noticeable in the last few years is how we have as many battles with those from outside our sport as the internal ones fought within it. In a world where the overtly and excessively ‘woke’ are being given a voice and platform well beyond what is deserving of their numbers, it should come as no surprise that a ‘blood sport’ such as angling should come under frequent attack. Only this last week an angler has been chastised by groups spreading disinformation about the IUCN red list status of Atlantic Cod within European waters, having kept a new Scottish record to be weighed and verified ashore. (It’s current status within European waters is of ‘least concern’, making a rod and line caught fish a highly sustainable option for the table).

The debate of the moment, however, is on the boating of sharks, in particular the larger species which an angler will not be able to singularly support the weight of. This is a hot topic internally, but with a lot of eyes on the matter from outside the sport too. Frequent research, globally, on a variety of shark species has always shown the same factors influence post release mortality: Fight time and handling time, whilst additional factors such as temperature and salinity have played a part. Papers such as https://academic.oup.com/conphys/article/8/1/coaa041/5838494 which looks at blacktip sharks, have indicated a shift from a 23% post release mortality for boated sharks to as low as 9% when unhooking and tagging takes place in the water. However, the larger the species of shark, the more potential for damage outside of the water and the longer the fight time and thus stress levels are likely to be.

With historic rights associated to fishing being based on ones right to forage and feed themselves, the waters become trickier to navigate around sport fishing and matters of catch and release. Without the fall back that we are fishing as a means of food, we open ourselves up to attack for exerting unnecessary stress onto a living creature solely for the sport of doing so. This is the premise that has led to some countries legislating against catch and release, where all fish must be retained, or where others have banned all specific targeting of Elasmobranch (sharks, rays and skate).

In the face of this, we have a few options within the sport. We can stick steadfast to our historic rights and rely on our numbers (it remains the largest participated sport in the world) to defend us from possible legislation, continuing to treat sharks just as we have previously, sticking our heads in the sand to growing opposition. This positions ourselves as the clear ‘opposition’ and provides all the ammunition required from even the more moderate of challengers to our sport to attack it.

Or, we can position recreational anglers as the key field based researchers in understanding more about the shark species in our waters. We can show a care and consideration of the species and an interest in them beyond the sport experienced in their capture. We can support research through tagging, DNA samples, capture location recordings and photographic identifications. Anglers are critical in obtaining the level of data required by many research projects to ensure the long term sustainability of many species of sharks. To paint our sport in this light, however, means ensuring the safe return of the species is prioritised above all ego driven on-boat photos. Thus it goes without saying that onboarding any shark who’s weight cannot be properly supported by the angler invalidates this line from the outset.

Exceptions are always going to occur. We have seen many instances in the past few years of porbeagle and blue shark entangled in discarded commercial fishing gear, that can only be safely removed by bringing the shark aboard a boat. In such instances, it’s down to making a pragmatic call on what is in the best interests of the fish. Removing suffocating plastic offers the fish a much better chance of survival and thus outweighs the additional stress of bringing it onto the boat. Such instances are also a shining light on the benefit of recreational angling for such species. Who else would be presented with the opportunity to save these fish?

We’ve also been approached recently by a number of groups within angling, to ask if, as a publication, we will make a commitment not to post pictures of sharks brought aboard boats. Our position on this is that a pragmatic call will be made on the circumstances, but unless it is to demonstrate something specific, such as the example given above with removal of plastic from a fish, we will always prefer an in-water shot. If nothing else, they simply look far superior! I have yet to be anywhere near as impressed by a picture of someone holding a shark, or sat beside it on a deck, as I have an image of a shark displaying all its natural colours in the water. Nothing beyond ego drives the requirement for on deck photos.

As a further consideration, there are instances where such fish are caught by fortune over design. Ill prepared and with little prior consideration, an angler may boat such a fish ‘in the moment’. Perhaps the shark has been wrapped, or release at the side of the boat is otherwise challenging for them without the prior preparation of correct use of circle hooks and disgorgers. This is all very legitimate and bound to occur from time to time. However, question whether posting a boated photo in a pursuit for social media likes is the best move following such a capture. How about a release photo, or video, by the side of the boat? All of these little decisions can ensure we paint our sport in a much better light in a time where we are routinely judged by the worst of us.

If you are to boat a shark for any reason, we recommend reviewing the handling guidance given by The Shark Trust here: https://www.sharktrust.org/pages/faqs/category/angling-project.