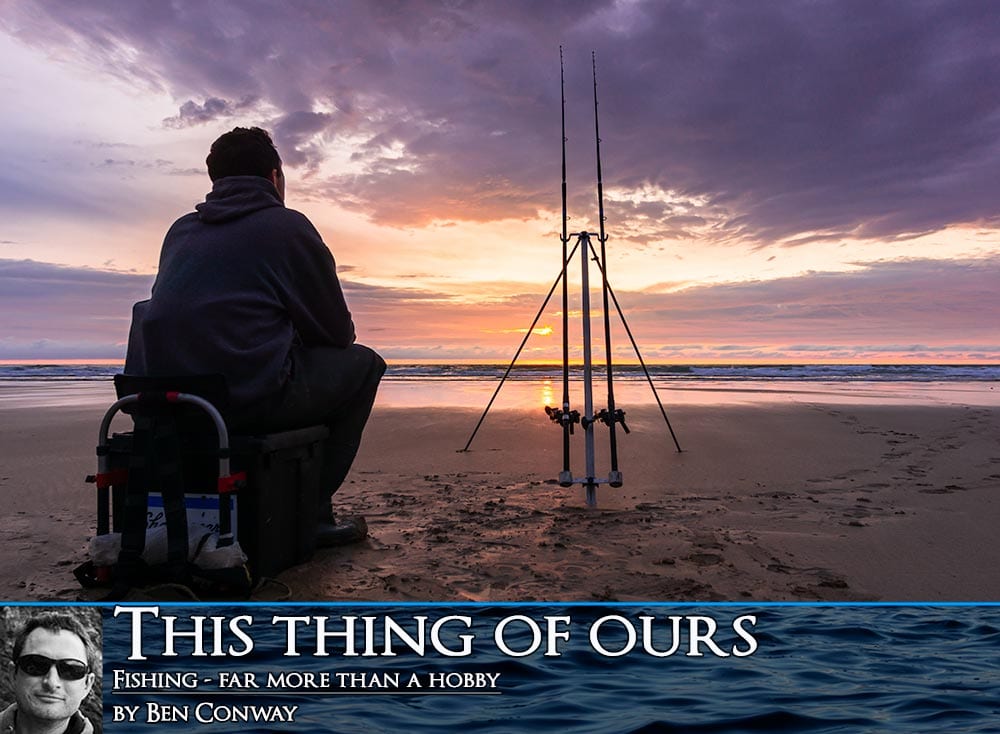 I don’t watch much TV any more but there was definitely a time when I did. I used to routinely watch the box into the wee hours and go to school the next morning still half asleep. One of my favourite shows back then was the Sopranos – a series about a mafia boss, his growing power within his mob family and his struggle with his real family at home. One of the things that stuck in my head was how the gangsters referred to their organisation as ‘our thing’ or ‘this thing of ours’. Their business was something that they loved; the lifestyle, the danger, the secrecy – it was easy to see the appeal.

If you think about it, our sea angling communities share some similarities with mob families – we are friendly to the people we associate with and suspicious of those outside of our circle. We observe codes of secrecy and lots of us struggle to reconcile the two aspects of our lives – our lives in this thing of ours and our lives at home with our families. And just like in the Sopranos, jealousy and resentment sometimes creep into our lives and poison our relationship with our thing until we are ready to find our love for it again.

But that’s where the similarities end – we’re not that much like mobsters. Nobody ever ended up dead in an alley with a rat stuffed in their mouth for giving away marks. And our livelihood doesn’t depend on how successful we are at our thing. It’s not work, although there definitely can be times where it feels like it. Having said that, one of the lessons I think the Sopranos was trying to point out was that the Mafia was not just about money, although that was the motivating factor. The structure was very important, as was the formality that came with it: observing the traditions, affording other members the proper respect despite personal feelings and so on. When the structure was lost it signalled the coming of bad times.

Angling is not simply about catching fish either, although that is the motivating factor. If catching fish was the sole purpose we wouldn’t bother using rods when there are more efficient methods available. Part of the attraction of angling, however, has to be to do with how it’s done – there’s something more personal about trying to outwit a fish rather than simply trapping it in some way. It’s like a beautiful (but deadly) game of cat and mouse where the rules dictate that if the mouse keeps its mouth shut, the cat can’t pounce. 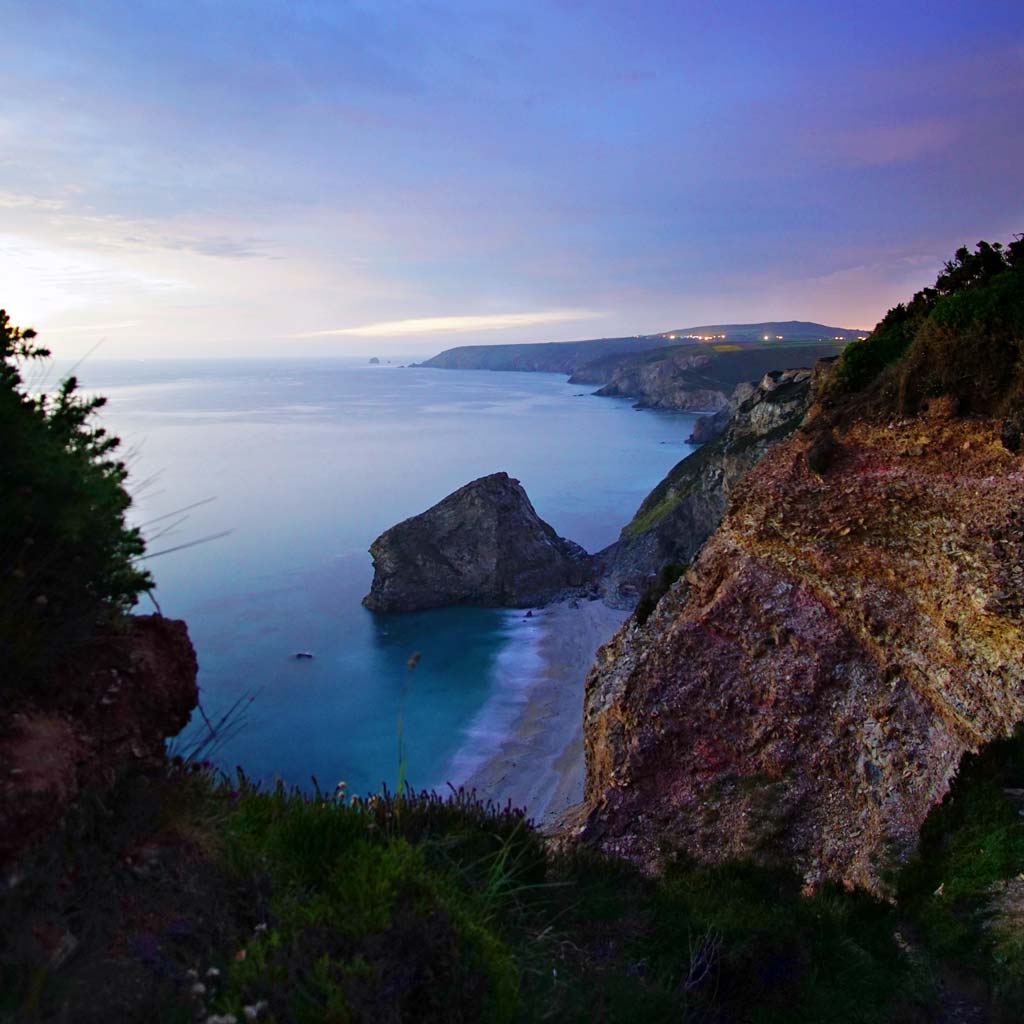 The rules aren’t universal to all forms either, I remember as a teenager fly fishing on a lake and having a bit of a lean day of it. I’d caught my two keeper trout and I was letting the few more I caught go. My friend had one fish but was struggling to catch his other for the table. We sneaked into a shaded corner of the lake and I adorned his fly with a piece of pork pie, handlining it into the margins where a trout was cruising. Of course the fish nailed it on sight and my friend was delighted to land it and even more tickled that he’d caught it by us blatantly cheating. This incident left me feeling curiously empty and I realised then that without structure, the experience had little positive value. The memory must be an important one though as I’ve not cheated at anything I actually cared about since.

If angling is about anything it’s making memories and memories are valuable things. They’re one of the only things in the world that really belong to you alone. Memories don’t have to be about just catching fish either: places, people, feelings, things you see, things you hear, things you smell – angling is an overwhelming sensory experience. Why then do we routinely attribute all the value in our angling to the fish when we catch them? True, some of the fish we catch have substantial monetary value but that’s not the reason we pursue them and probably not something we even think about until someone says, ‘Wow, that’s fifty quid’s worth of bass there!’ The fish is the icing on the cake but the sponge and the filling is the fishing and that’s the real substance. If you had just the icing it wouldn’t be a cake but you can have a cake without icing – it just doesn’t taste as sweet.

Perhaps then the ultimate goal of fishing should be to get to a point where it doesn’t matter about catching fish. A bit like in ‘Enter the Dragon’ when the master asks Bruce Lee what the highest technique is and he instantly replies, ‘To have no technique.’ I imagine, however, that to permanently achieve this righteous state you either have to have been everywhere and done everything first or you just basically stop giving a toss. Of these two scenarios, the second is much more likely for me. I have a suspicion that if you are the sort of person who is radically good enough at fishing that the first scenario is a genuine possibility, you probably never reach enlightenment anyway. Every time you see a picture of someone with a cool fish that you haven’t caught, the goalposts are instantly shifted. And so it goes.

I don’t think I’ll ever get to a point in my fishing where I’m equally happy whether I’m catching or not but I know that it’s possible to be consistently accepting of it. I’ve noticed myself getting more comfortable with the ebb and flow of success since becoming a father and fishing a lot less than I used to. These days fishing is more a privilege than an unspoken right. 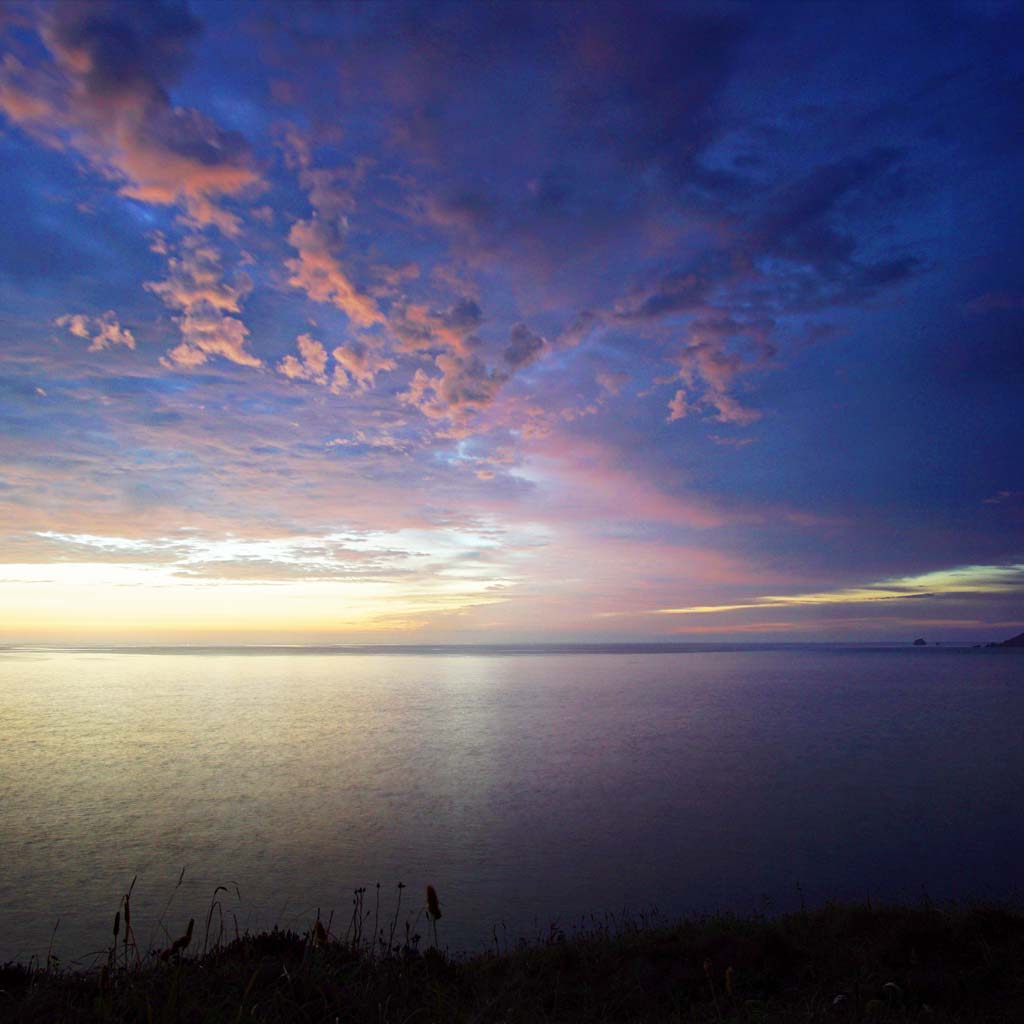 I’m sat comfortably on a little ledge as the evening sun bathes the rocks around me. I’m lazily baiting up with a small sand eel tipped with a sliver of mackerel. The target is a greater weever fish – something that I’ve caught at this mark before, but the way my fishing has been lately I’ll be glad of anything that isn’t doggy in persuasion. A few clouds are beginning to catch the light in an attractive way and I know that soon I’ll be wanting to get the camera out and my fishing will probably suffer. But I don’t care. I’m enjoying the relaxed feel of the evening out here on the rocks away from everybody and everything. Right now, in this moment I am perfectly content even though I haven’t caught what I was hoping for. It’s a nice feeling.

I reel in one of my rods and clip on the freshly baited rig before ambling to the rock I always cast from at this place, shuffling my feet around to find a firm stance. I wonder if I’ll still be fishing here when I’m an old boy, half-blind and with knees made out of NHS plastic. I can imagine clattering around the rocks swearing happily, annoying the hell out of anyone unfortunate enough to be there at the time. Then the sensible part of my brain kicks in and it occurs to me that the way things are going there may not even be anything left worth fishing for here by the time I’m that old. Now that’s a sobering thought.

I cast out into the setting sun. I know that my bait is now very unlikely to attract the attention of the little venomous sand dragons I’m seeking but on this occasion, I’m okay with that. The sinker splashes down and the line glistens as it gently parachutes down to the surface of the sea. I place the rod next to its twin in the tripod and the trickle of tide gently coaxes the tip into a soft curve. There are men my age all over the country sat in their underwear playing video games right now. They don’t know about this thing of ours. 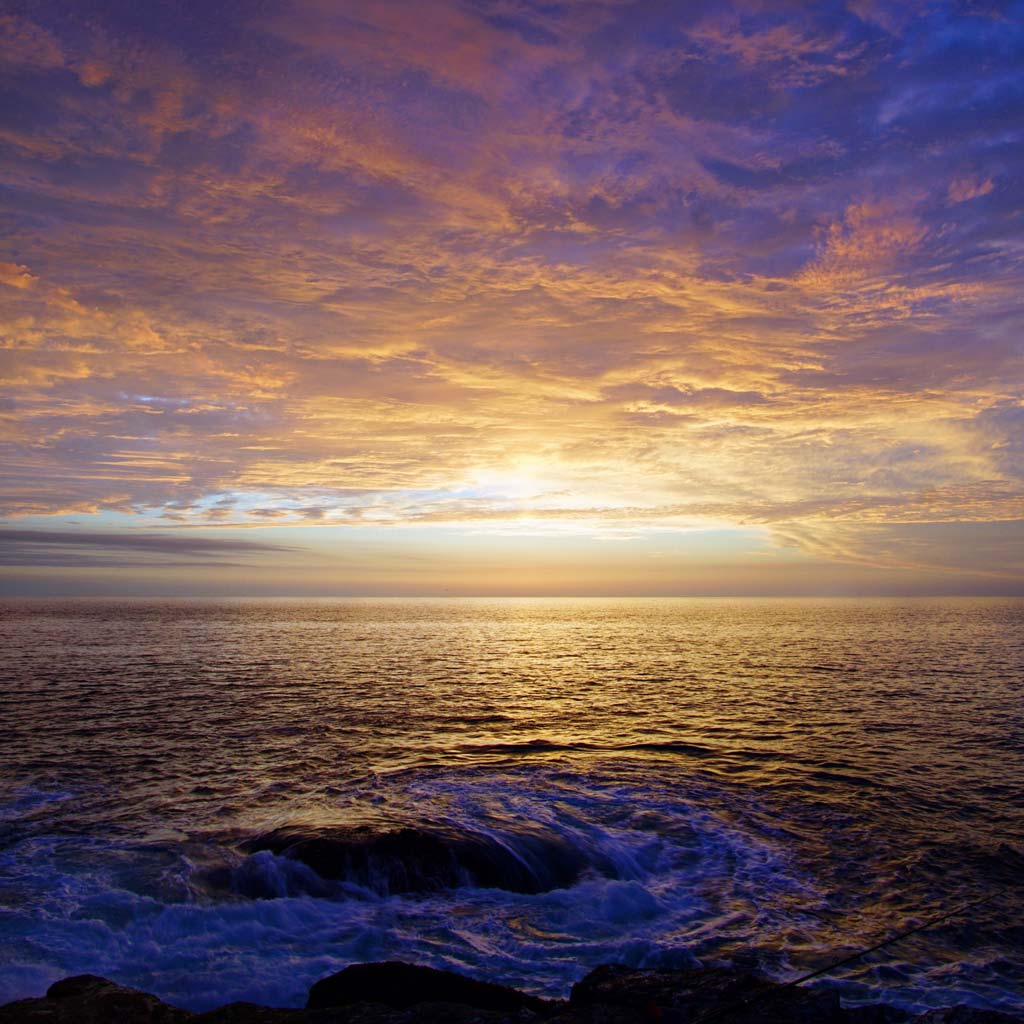