Menu
PrevPreviousA tale of carnage and woe
NextWhat on urfeNext 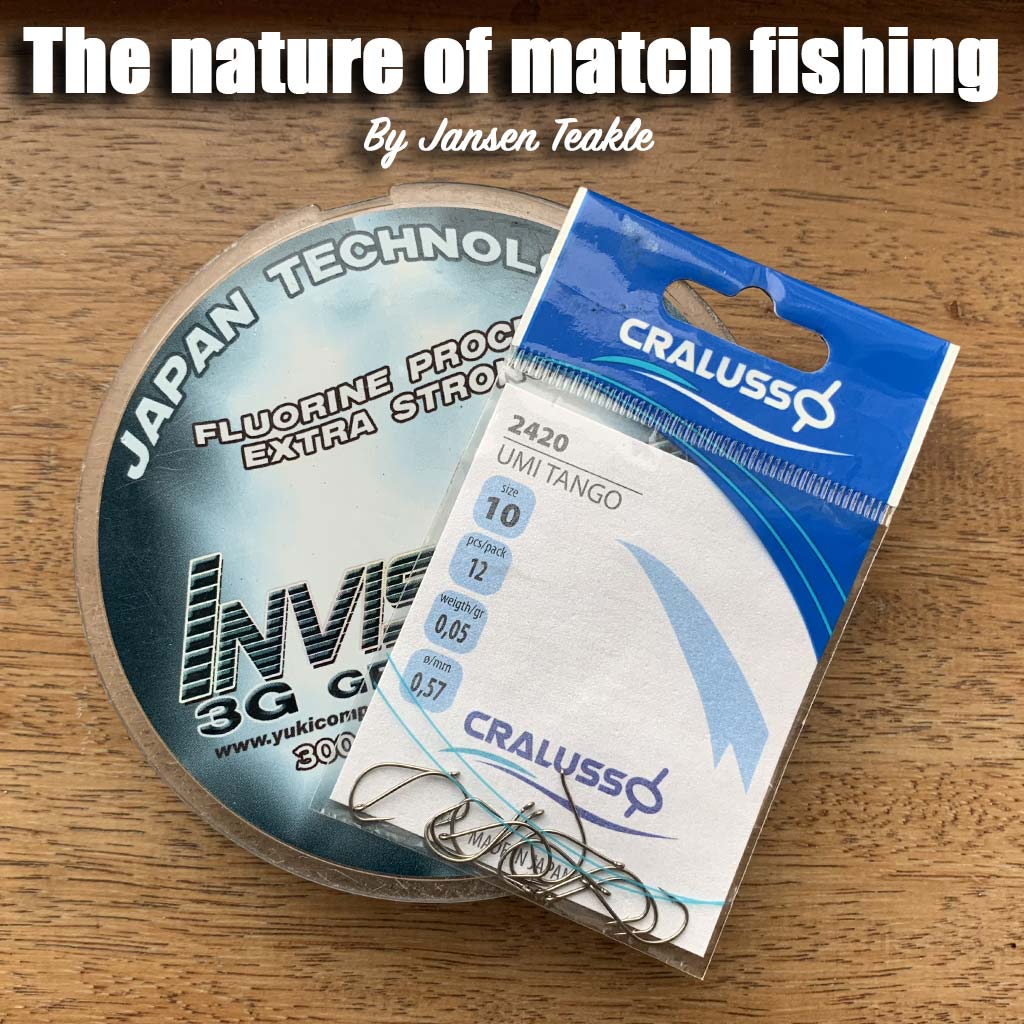 There’s a naturally abundant competitive nature that is prevalent in most of us, but none more so than within sea anglers. My early club days taught me this and without realising it, I was entering in to an era of what I came to recognise as match fishing, that not only would prove to be an interesting learning curve but would carve my path in to sea angling.

Pre-heating a Tilly lamp in the shelter of the club house before striding out on to a black and windswept November beach for a midweek seven-ten club match is a fond memory of those early years where every single competition seemed to produce a fresh tit-bit of information that was locked away upstairs for future reference. Somehow, the default agenda of clubs back then, much as it is now, was to inspire the competitive side of fishing. A few quid in the pot off the back of a set entry fee was prize enough and although one or two anglers clearly took part for the social aspect of the occasion, it was more than noticeable that the same faces walked away with the prize money at the end of the night. These were the guys to watch and along with my fellow new recruits, we looked on as over the months the same names cropped up in match reports. Months turned to years and we began to hit the prize money ourselves, having gleaned so much useful information from the ‘old boys’ over time that we were finally able to put it in to practice. Those anglers in question will know who they are if they’re reading this and I’ll never pass up a chance to show them my respect by thanking them for their encouragement.

Above all else, the one thing that was taught to us, was to catch a fish and put it back. Or in simplified terms, catch and release. Fish were placed in a large bucket of water that was regularly changed with the option then there at the close of proceedings to release the fish if the captor so wished. This was generally the case, though some chose to retain the odd fish for the table. This whole ethos became second nature and it was only perhaps with hindsight some years on that I realised this was more than likely because of the lack of conservation that dominated the competition scene during past decades and a subsequent effort to repair the damage. To catch, behold and release any fish came naturally having coarse fished as a child, so I never brought in to question whether this was actually the right thing to do. A presumption is always there that a released fish will survive and thrive, indeed this makes great logic. But taking a look at the match scene as a whole now, it does become glaringly obvious that smaller, more delicate species of fish that make up the bulk of the match anglers catch must have a questionable mortality rate. Undersized fish can be placed back in the shallows with great care, but the evidence is clear to see when the final casts have been retrieved and anglers leave the beach that a proportion of the day’s catch washes up on the tide line much to the delight of loitering crows. In this respect, those leaving the beach do so with little consideration of what they leave behind and although their actions may not be intentional, it’s an unfortunate conclusion to a day’s fishing. 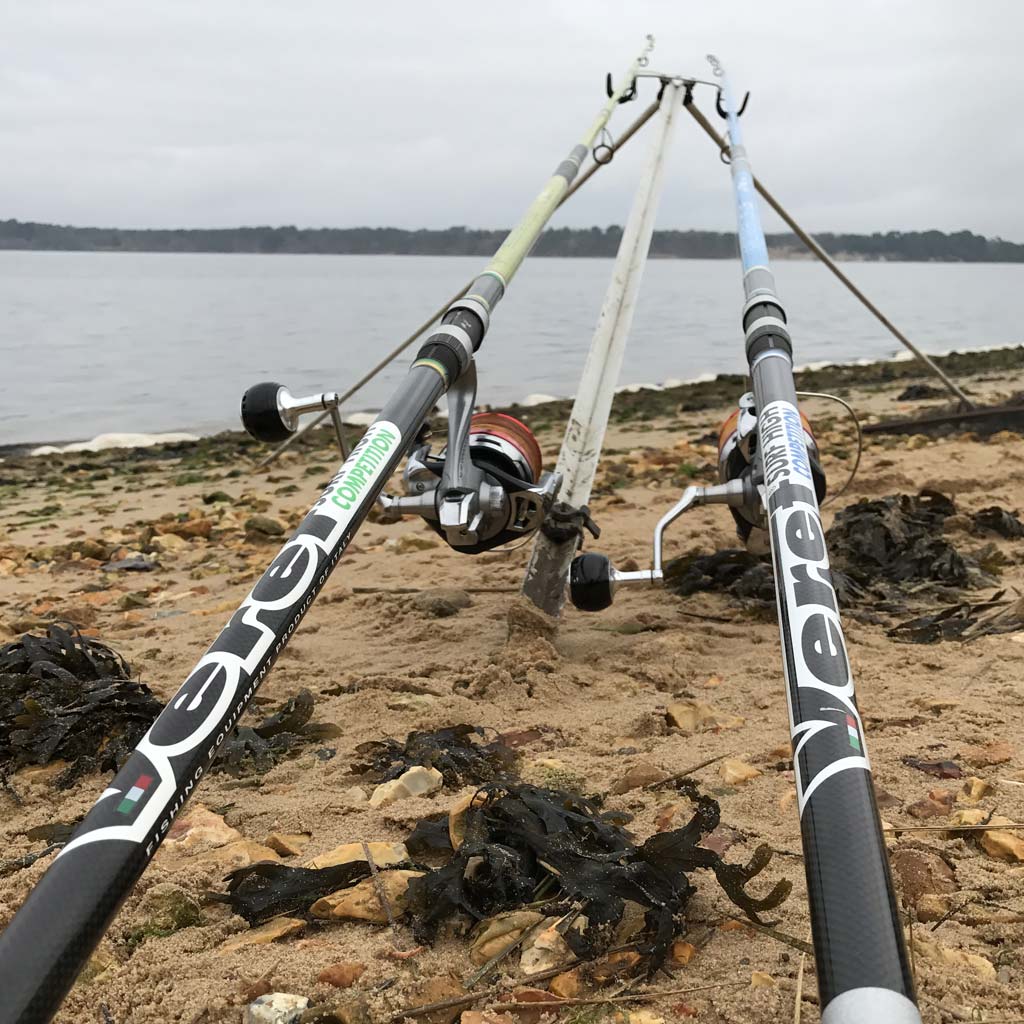 Some time in the late nineties I was fishing a night match at a regular beach venue during the peak of the winter cod season. My bucket already contained a codling and a few whiting; a catch that I hoped might see me ‘pick up’, but my biggest memory of this particular evening was the revelation of a number of twinkling lamps dotted the length of the headland that loomed in the darkness at the far end of the beach. I found something about those lights quite alluring and began to wonder just how those anglers may be faring by casting their baits in to that deeper water, in comparison to the shallow and sandy venue chosen for the competition I was partaking in. Such thoughts stayed with me for some time and soon the prospect of a pre-planned three hour competition began to feel grounding and restricted. The days leading up to a match involved intense bait collection, rig tying and general tackle maintenance and I remember feeling a little twitchy that so much work was going in to what was effectively three actual hours of fishing.

A calendar of dates dictating a list of venues not known for the quality of their fishing and inhabited by small fish that no longer proved of any interest made me question if this was really what I wanted to be doing. And then it dawned on me. As educational and enjoyable as it had been, match fishing had lost its appeal and I no longer considered the effort involved to justify such a small fishing window in a two day weekend. Fishing, for me, soon became more focussed on the actual fishing itself, not about bettering the angler fishing alongside me. From that point on, I began to explore places I had only read about, made a few mistakes along the way, but ultimately caught some respectable fish and began to acquire a detailed knowledge of the Bristol Channel as a whole, not just the sandy bays I was all too familiar with that were only fishable for a few hours either side of high water.

Before too long I had also began to question the catch and release scenario that had been instilled in me from a young age. The pursuit of wild fish on the open coast uninhibited by a fixtures calendar was a wonderful feeling. I could decide for myself where to fish, at what stage of the tide and under what weather conditions. The fish I landed I somehow considered of a higher value and I started to look at them in a different way. Food. Self sufficiency. The hunting instinct that’s in all of us came to the fore and I soon found myself eating my catch. Moderation remained key as although a number of fish were kept for the table, many were also released.

Back in the present day, I continue to read those words ‘catch and release’ and often consider the thinking behind this. As previously mentioned, on the face of it, it makes good sense. With fish stocks at an all time low anyone putting a fish back in the water is doing their part to preserve them, but the question that really needs to be asked is whether or not they are doing the sport of sea angling any favours. As anti angling groups become more vocal across social media, the capture of a fish purely for the sake of it and without the intention of making a meal of said catch is likely to continue to attract hostility. Certain movements within sea angling, some stemming from the match scene, are already calling for catch and release under all circumstances. Historically, our right to fish largely rests upon our right to gather our own food, so the pursuit of fish purely for enjoyments sake could easily be brought in to question and used to fuel an attack.

Another bug-bear for me is the way in which match fishing has become increasingly practised on those venues that attract small fish, together with the application of increasingly tiny hooks. Twenty years ago a small hook may have been a size four, but those used now have become ridiculously small. The continental scene may have given us some impressive long rods to get our heads around, but the lack of fish in the Mediterranean and the subsequent use of minuscule hooks and end tackle should have no place in UK shore fishing, not just yet anyway. 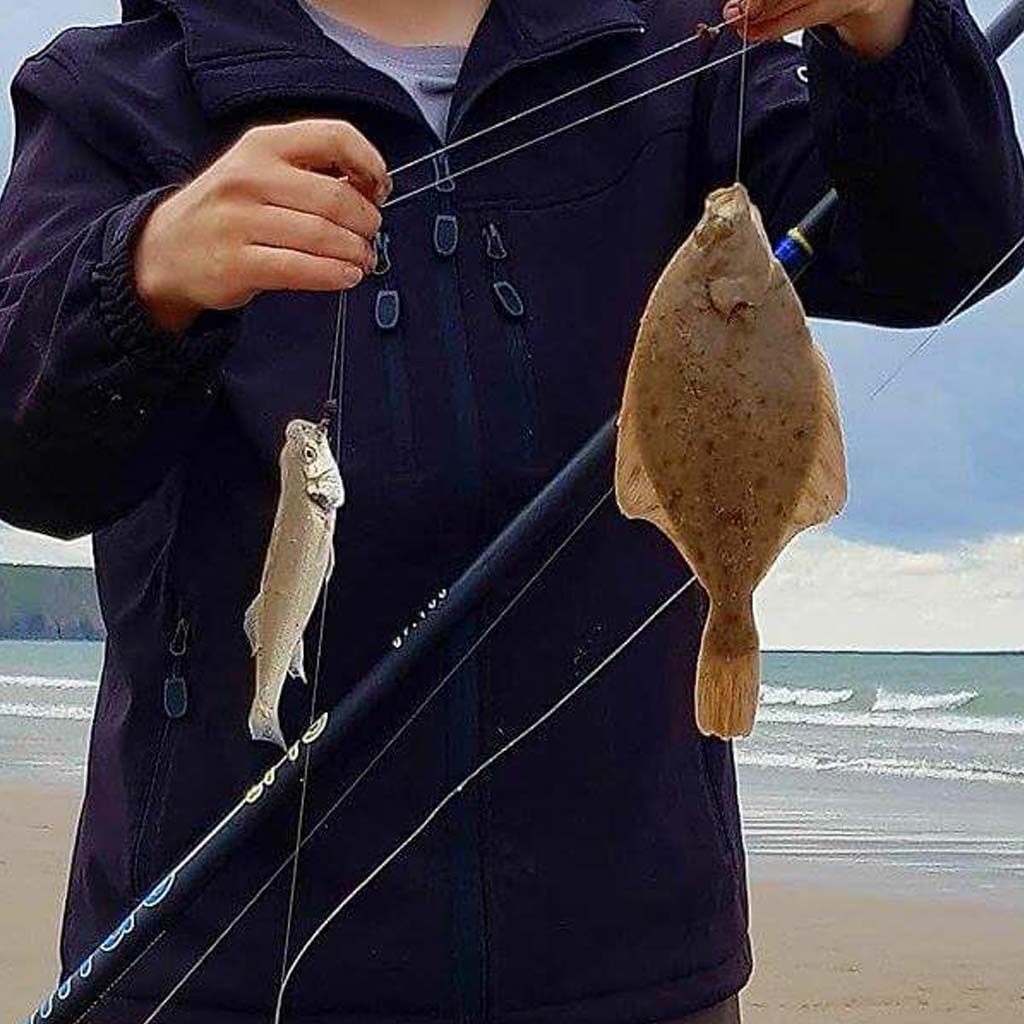 Larger species of fish are still present here but match purists seem to largely rebuff any suggestion that they should be fished for in a competitive event. There are of course exceptions, angling being the massively diverse mixing pot that it is, but with the questionable mortality rate of any small fish that is released, should we not be changing our way of thinking? Look at the big names who compete at top level and you’ll quickly realise that one skill they posses amongst others is the ability to adapt. They are just as happy sending out seven ounces of lead and a fillet of mackerel in to a snag pit as they are blasting three tiny worm baits out on to clean ground. They often have a background in general shore fishing away from the match scene and so have a more rounded perspective of fishing as a whole. These guys have an impressive fish portfolio away from the match circuit and so are fully aware of what could be fished for at venues other than those shingle beaches that give everyone an easy ride. Stepped up tackle could be used to target more resilient species that under most circumstances could be released with a greater chance of survival. The phrase ‘even playing field’ is regularly fired in to the pot when anyone suggests an alternative to a bland beach venue, but surely that ability to adapt should be learned by anyone who begins to take competition fishing even half seriously?

When the fishing here in the UK becomes as difficult as it has become in the Mediterranean, those ridiculously small hooks and ultra fine fluorocarbon trace lines might have their place. But whilst there are still plenty of options when it comes to pursuing something worthy of catching here, I for one feel that match organisers should be changing their way of thinking. Some one once told me that the first rule of match fishing is to fish for what is there, not what might be there. But if the venue is determined based on its ability to produce a bucket load of pout, isn’t this where match fishing is going wrong from the get-go?