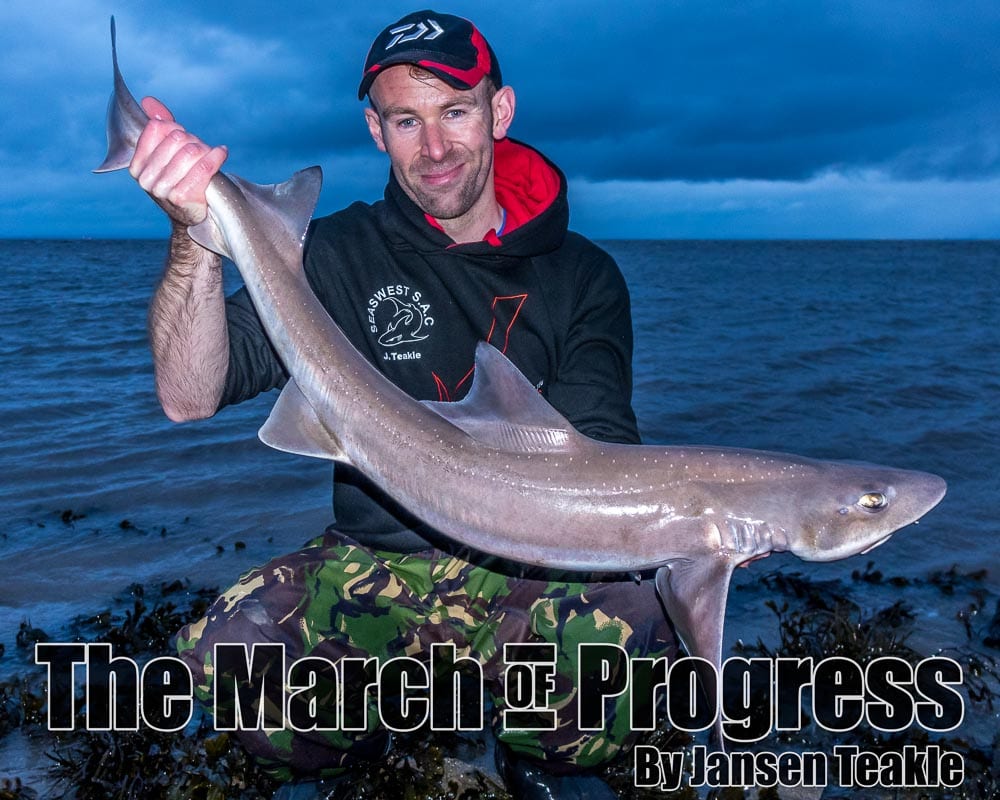 Without fishing tackle there would be no fishing. From day one we have relied on invention and some clever thinking to assist us in the pursuit of our piscatorial pleasures. It’s hard to imagine the thinking behind the very first fishing rod which was, in effect, a simple stick constructed of wood or bone, a line and a hook. Whoever devised such a cunning arrangement showed remarkable vision and I’m sure they would be startled to see just how far the idea has been expanded upon.

Throughout modern times, tackle has continued to be developed to the point where, just when we think we’ve seen it all, something else comes along that makes our lives easier. Tackle innovation in general is fascinating and just to look back over the last twenty years reveals some big changes to how we set about catching fish. Influences from fishing all over the world (that may never have become incorporated into our fishing in the UK were it not for the internet) have enhanced our sport, along with contributions from some great, innovative minds on the home front.

Carbon fibre beach fishing rods have always been a focal point of innovation and they’re now lighter, slimmer and longer than ever before. Twenty years ago, the trend was for twelve or thirteen foot rods that were pretty much all generically stamped with a four to eight ounce casting recommendation. Around the same time, considerably longer surfcasting rods were being used to good effect on the continent. Although these were used to fish for generally smaller fish than those targeted in UK waters, their designs were soon recognised as another string to the bow on our shores (particularly for match fishing). The extra length negated the need for elaborate casting styles, as that few extra feet of carbon effectively created additional casting arc that could be harnessed with a simple overhead cast. Lighter leads were soon recognised as a way of moving the rod through that arc faster. This new breed of rod was developed further to suit our style of fishing and soon enough, we began to recognise other ways that we could tweak this approach to suit our own style of shore fishing.

Remarkable casting distances were realised when a handful of anglers recognised that super low diameter monofilament lines created less friction when leaving the lip of a fixed spool reel. The lead and baited trace travelling distances previously only seen amongst perhaps the top ten percent of anglers in the country. But as with any attempt at innovation and progress, there were stumbling blocks to overcome. The first was the fact that, as much as lighter monofilament enabled longer casts, its vulnerability became all too evident when used anywhere other than a clear sea bed. There seemed little point in casting such a long way when the chances of successfully retrieving that cast were minimal. It was back to the drawing board, but before too long, the dawn of the super braid was upon us and this new material ticked many boxes.

Ultra low diameter and incredibly strong super braids enable those big casting distances while maintaining the strength necessary to fish in a practical manner. The lack of stretch also meant that bites were enhanced and, combined with super slim rod tips, meant that even the smallest indication of interest was telegraphed to the angler. On the face of it, this was a good thing, but for smaller species of fish it became generally accepted that exaggerated bites counted for nothing if they weren’t converted into hooked and beached fish. For those seeking bigger fish over rough ground, however, this tackle combination continues to be a proven winner, with the north east angling community in particular a fine example of how this kit now replaces the traditional big multiplier and heavy monofilament approach.

Multiplier reels, which started their surfcasting life in the UK as converted American and Swedish bait casting reels, have evolved enormously over the last two decades. With initial emphasis on casting and not a lot else, as nice as they were to fish with they certainly had their limitations.

Tiny spools, low line capacities and retrieves that were (for the most part) slow, hampered a design that was never originally intended to see widespread use here in the UK. Thankfully, tackle companies such as Daiwa and Shimano recognised the need for faster, gutsier multipliers that not only could cast a bait a long way but had enormous power when it came to getting the end tackle back. Such early designs as the Daiwa SLOSH and Shimano Speedmaster became the benchmark, and the former went on to pave the way for many successors with each an improvement on the last. With anglers ever aware when it comes to innovation and with some thinking borrowed from the tournament casting scene, magnetic braking systems gradually came to the fore and are currently a popular choice with perhaps ninety percent of all shore multiplier users. Third party conversions are readily available to fit the majority of reels, although factory finished magnetically braked reels are now also the norm from companies such as Penn and Akios.

The irony is that as much as the multiplier has been tweaked across the decades, it’s the advances in fixed spool reel design that have seen many an angler return to their roots and rediscover the reel that began their sea fishing career way back when. Super slow rotor oscillation has improved line lay – the key to long smooth casts – tenfold and gearing has been strengthened considerably. What was once the beginners choice has now become the choice for many a seasoned angler who, recognising the benefits and simplicity of the modern fixed spool reel, has returned to the reel style they cut their teeth on back in the day.

Terminal tackle has been revised and revised again by those wanting smaller, lighter and stronger rig components that will enable a baited trace to be cast to the horizon with minimal fuss. Bait clips such as the Gemini Solo are ingenious as a means of securely locking a hook as close to the lead as possible, only releasing it upon impact with the water. The days of pieces of bent wire and ejected baits mid-flight are thankfully long gone, as are other clunky components that had a habit of finding their way into a snag. Hooks have become cheaper, stronger and sharper, thanks to imported patterns from Japan, and we no longer have to rely on inconsistent designs that need constant ‘touchups’ in between casts.

Lead designs have become more aerodynamic and many now feature a bait clip. The Breakaway Impact lead is a fine example of forward thinking, having utilised the water pressure ejection system previously seen on the Impact Shield of yesteryear. As far as rigs go, again, influences from overseas have paved the way and match anglers in particular have recognised the advantages of longer, lighter traces that present baits more efficiently in shallow, clear water. Constructed with finesse in mind, these designs are no longer stored in the traditional rig wallets of old, but carefully wrapped around EVA foam winders and stored in boxes so as not to tangle and to guard against the corrosive effects of the marine environment.

Lighting is perhaps one of the areas that has seen the biggest technological advances. The fuel-powered pressure lamps of the eighties, nineties and before certainly held some appeal but their reliability was often questionable. Back then, the thought of heading to the beach armed only with a headlamp was a non-starter and even models costing in excess of a hundred pounds failed to provide adequate light to fish by. Anglers being anglers realised converting a regular headlamp to a higher voltage system with a halogen bulb was the way to go, but more than one DIY enthusiast became unstuck when such modifications lead to melted components, lose connections and generally unreliable units.

The dawn of the LED was the turning point for many. Brands such as Speleo Technics embraced this by introducing LED technology to their already established range of halogen models that, at the time, were as good as it got. Run times improved considerably. The drain on batteries was nowhere near as dramatic as that experienced with the halogen models and the light output was certainly cleaner and crisper. Overall brightness was still somewhat lacking and even with fourteen LED’s in one particular model, the reliance was still there on a halogen bulb that formed the centrepoint of this design.

As the years rolled by, technology snowballed and as the brightness of headlamps in general increased massively, the accessibility of Cree bulbs and associated circuit boards in countries such as China improved. This led to the cost of a robust and efficient unit decreasing dramatically. Brands such as Fenix currently carry the torch (sorry- that’s bad) as UK market leaders and it’s easy to see why. Bright, solid build quality, multifunctional and rechargeable are just about all the boxes ticked when it comes to headlamps and it’s difficult to see just where designs will go from here.

If time travel ever did become possible, I’d like to go back and take a look inside the average seat box. This is another area that’s seen massive change with various storage solutions and carrying arrangements now available to make life that much easier. The opportunity to compare the contents of a seat box now to one from the nineteen eighties would certainly be amusing.

The tackle we have come to take for granted now truly is wonderful and makes the entire fishing experience more enjoyable. The ability to be so much more efficient with our angling and use kit that enhances our experience rather than hinders us is a massive plus. But to be able to use all that equipment back when fish stocks were at an all-time high? Now, that really would be something!