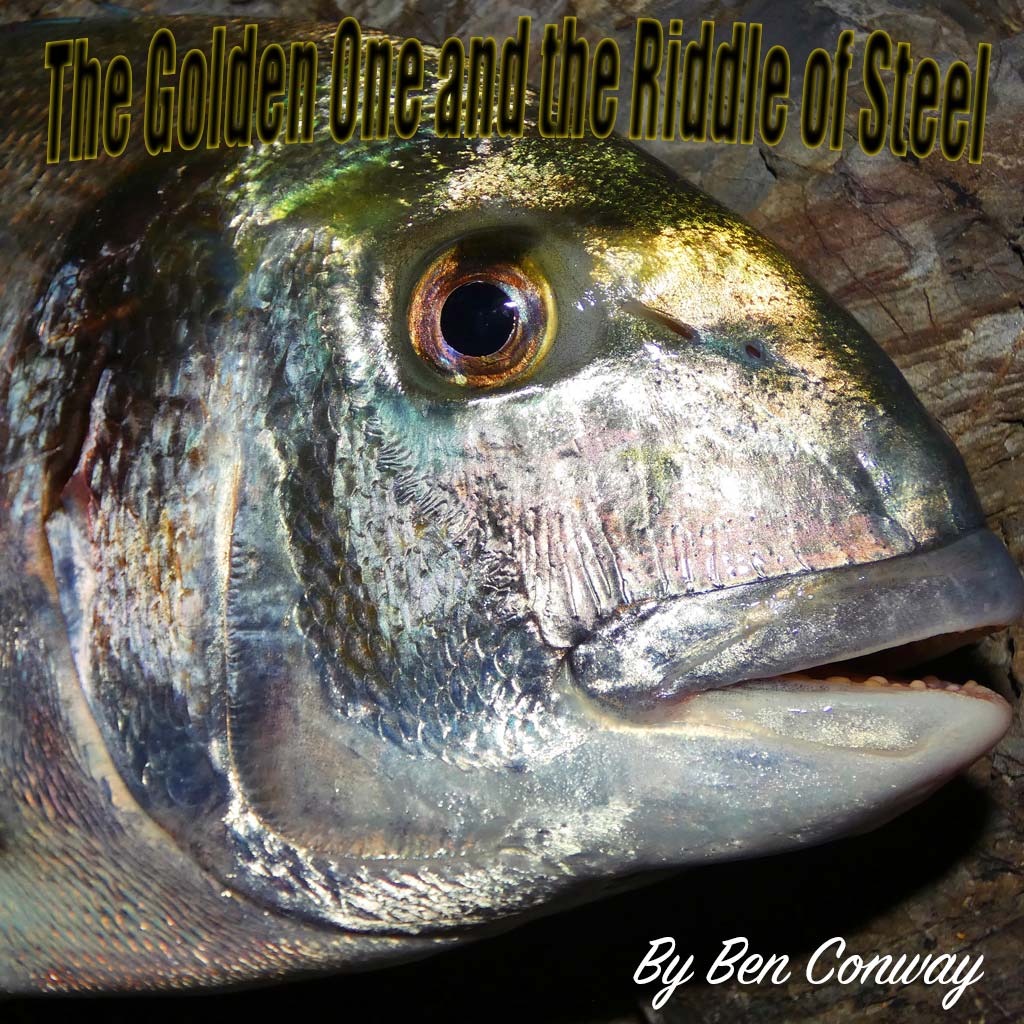 It took three days to climb to the temple near the top of the mountain. The path wound around the fractured face in crazy, torturous loops punctuated by rotting rope ladders and sections where the trail became so faint that it was hardly there at all. By the end of the first day, I’d gotten used to clawing horizontally across near-vertical walls of rock where sections of the path had fallen away thousands of feet to the ground below. That night I’d been forced to sleep in a makeshift hammock suspended between two stakes I’d hammered into cracks in the mountainside. It was as if whomever had made the path had purposely gone out of their way to make it as uncomfortable as possible. Who knows, maybe they had.

The last portion of the climb had been the worst, a never-ending set of steps carved into the mountain, every step perfectly even but each around three feet high and less than a foot wide and deep. Climbing was agony, resting was impossible. After what seemed like an eternity of thigh-burning punishment, the outline of the temple began to appear dimly through the clouds like an apparition in a dream, an oriental-style structure of stone with a peaked wooden roof. At the top, the steps mercifully leveled off into a small paved courtyard with a tree in the far corner. Under the tree an un-tethered goat lay in the shade.

Every part of my being screamed out for rest but I forced myself to cross the courtyard and stepped up to the heavy wooden door of the temple. I knocked twice loudly before pushing the door open and stepping into a cold room, dimly-lit through tiny slit windows. There was no fireplace and no source of warmth in sight, the whole room was stark, austere. The only thing in the room appeared to be its occupant, an ancient man in a white robe, his long white hair drawn away from his face and tied at the top of his skull to fall in a white sheet down past his shoulders. He was sat cross-legged ten feet or so from the far wall and perfectly central, himself illuminated but surrounded by shadows. He did not look up, nor did I expect him to. I had been told that it may be several hours before he even acknowledged me. The man’s name was Akira Yamazaki, a swordsman of fearsome repute throughout the land. Although there was some argument over whether he was the greatest swordsman still alive, there was universal agreement that when it came to knowledge of the sword itself and what made blades that could carve empires, there was no greater authority in the world. 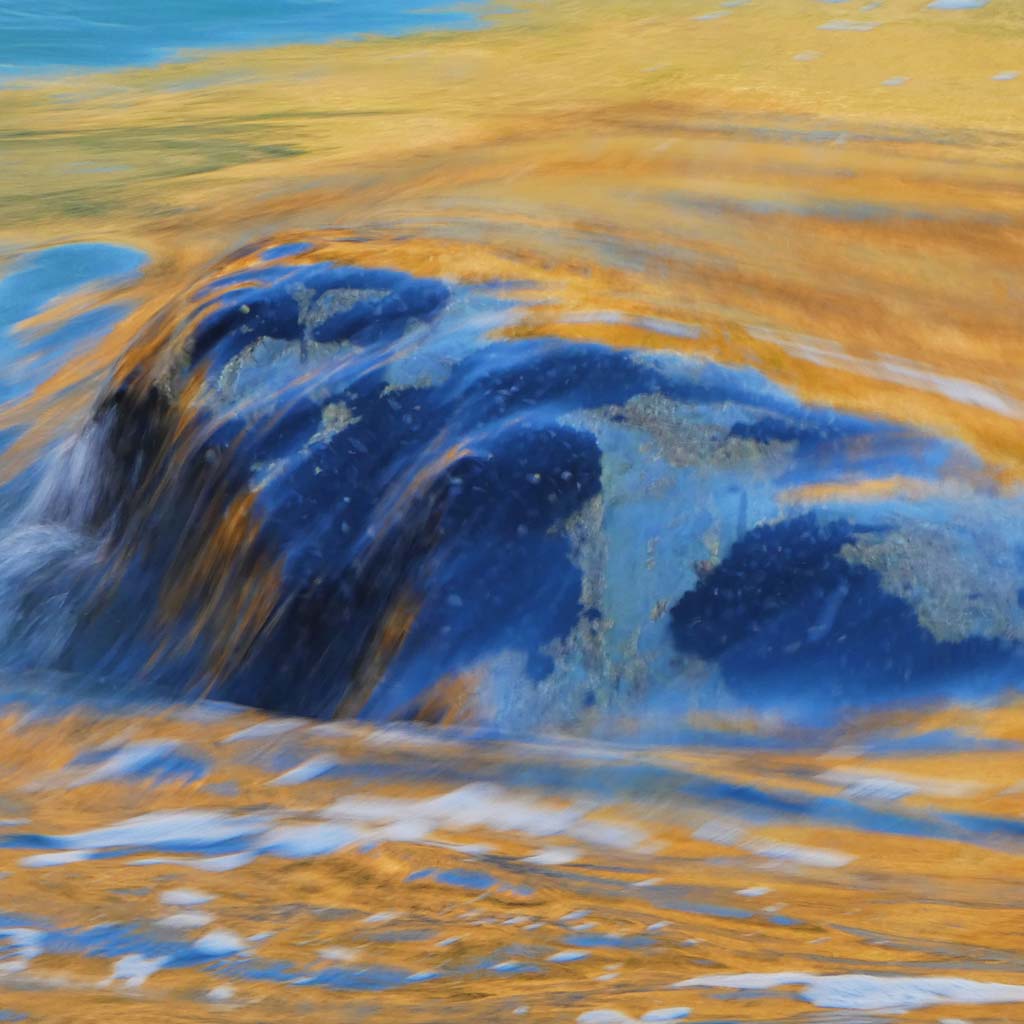 I chose a spot a respectful distance from the man and sat down, mirroring his attitude. I let my body and being relax and gradually drifted away to a place in my mind where time had little influence and even less meaning. I could have sat there for days, I did not know nor much care, but I was eventually stirred from my stillness by a deep voice that sounded like it come from a chasm or some similar dark recess of the Earth, ‘You have come seeking knowledge.’

‘Yes Master.’ I replied, bringing myself back into the present and finally having a chance to study the man who was now facing me. His eyes were perfectly black and seemed to look right through me and into the distance. The gaze was uncanny and it took me several seconds to realise that he was blind.

‘You have come this far,’ the man said ‘You may speak.’

‘Master, I wish to hunt The Golden One,’ I began ‘But I know that my weapon is inadequate. I have heard it said that to uncover the secret of the ultimate blade a swordsman must first solve The Riddle of Steel.’

At this the old man threw back his head and laughed, a loud guttural ‘Ha!’ that reverberated around the walls of the temple and seemed to make the very stones vibrate. ‘Many men have sat before me where you are now and have said the same words!’ He leant forward and although I knew he could not see me, it seemed like his gaze intensified, ‘Tell me, what do you know of The Riddle of Steel?’

‘I know little Master. Nowhere is the riddle written and although I have met men who claim to have heard it, I have found none who have been able to tell it.’

Yamazaki nodded imperceptibly and stroked his chin, shifting his sightless gaze to the ceiling of the temple. It was several moments before he spoke. ‘No blade may pass through the body of the Golden One, only its head and throat are vulnerable. It is said that a sword that is too thick will not penetrate deep enough, only a blade that is sharp enough to pierce the night itself will still The Golden One in a single thrust.’

‘But Master!’ I cried, ‘My weapon is the sharpest I have ever known, the blade itself would part the breath of God – but to pierce the night itself! It is impossible!’

Yamazaki’s gaze shifted back to me again and his eyes narrowed in silent admonishment of my outburst. I forced my emotion aside and brought my energy back into a place of stillness. He must have sensed the change in me as his stare relaxed in an instant and he continued. ‘The problem you face is that to make such a sword, the blade must be so thin that it is flexible, like the bamboo that bends with the wind. How do you use a sword that is too flexible to force through the flesh without bending? That is The Riddle of Steel.’ He stood and walked over to the far wall, his gait was surprisingly nimble for such an old man. ‘You must think on this. You may stay in this room. I will return in two sunsets.’ Yamazaki stepped right into a shadow and opened a door that up until this point I had not even noticed. He stepped through, the door closed and he was gone. 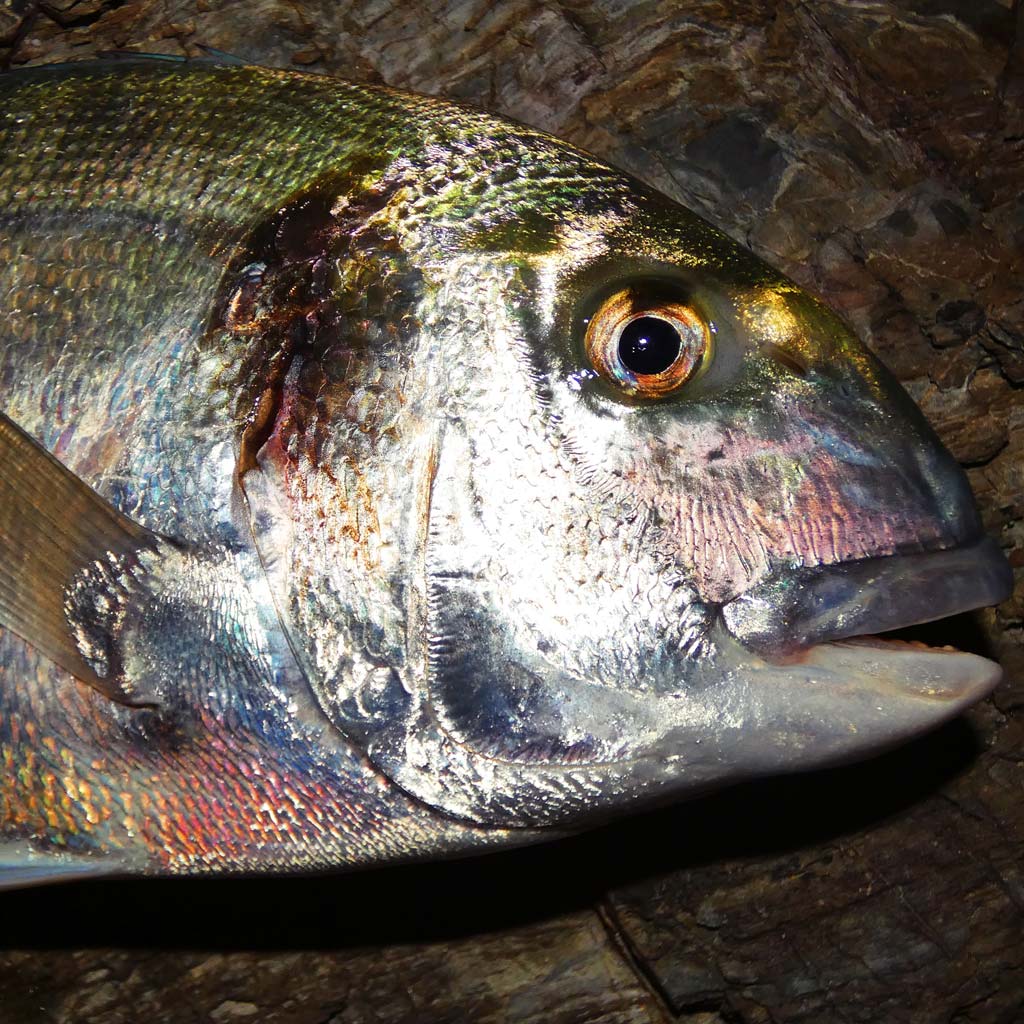 For two days I turned the problem over and over in my head. As my mind tired, it began to wander into fantastical solutions but the words of my first childhood teacher echoed through my thoughts and kept me from entertaining them, ‘Remember boy, there is nothing magical about the sword. Steel is as it has always been and the only mystery of the blade is in the man who wields it.’ The man who wields it. As a swordsman I had been taught to be strong and unyielding, but this could not possibly work with a fragile blade such as Yamazaki described. The answer I kept coming back to was so simple that I didn’t dare to believe it was true.

After days of dwelling on the riddle my being was fatigued with the effort of concentration. I did not notice myself slip into sleep, nor did I know how long I slept but I awoke with the rays of the morning sun slanting through the windows of the room and with Yamazaki sat in his previous position, a small ceremonial table before him on which sat a jade tea service. He beckoned me over. ‘Come, sit,’ he said. I picked myself up and went to sit on the near side of the table, taking care to position myself the same distance away as Yamazaki sat himself. He did not pour the tea. ‘You have thought. Now tell me, what is the answer to The Riddle of Steel?’

‘Master, the answer is not a true answer,’ I replied. ‘Steel is as it has always been and there can be no blade that is as thin as you described but firm enough to be thrust with power.’

‘So what is your answer?’ Yamazaki asked again, his eyes closed and his voice as steady as the mountain itself.

I took a deep breath. ‘The answer lies not in the sword but in the wielder,’ I said. ‘To use this weapon, the swordsman must teach himself to be as flexible as the sword, to mold his mind to feel its movement and know in his muscles how much force he can use. The weapon becomes not just the sword but the swordsman himself; a blend of steel and flesh.’

Yamazaki gave the slightest of nods. He reached out his gnarled hand and began to pour the tea, first his cup, then mine. He never opened his eyes. 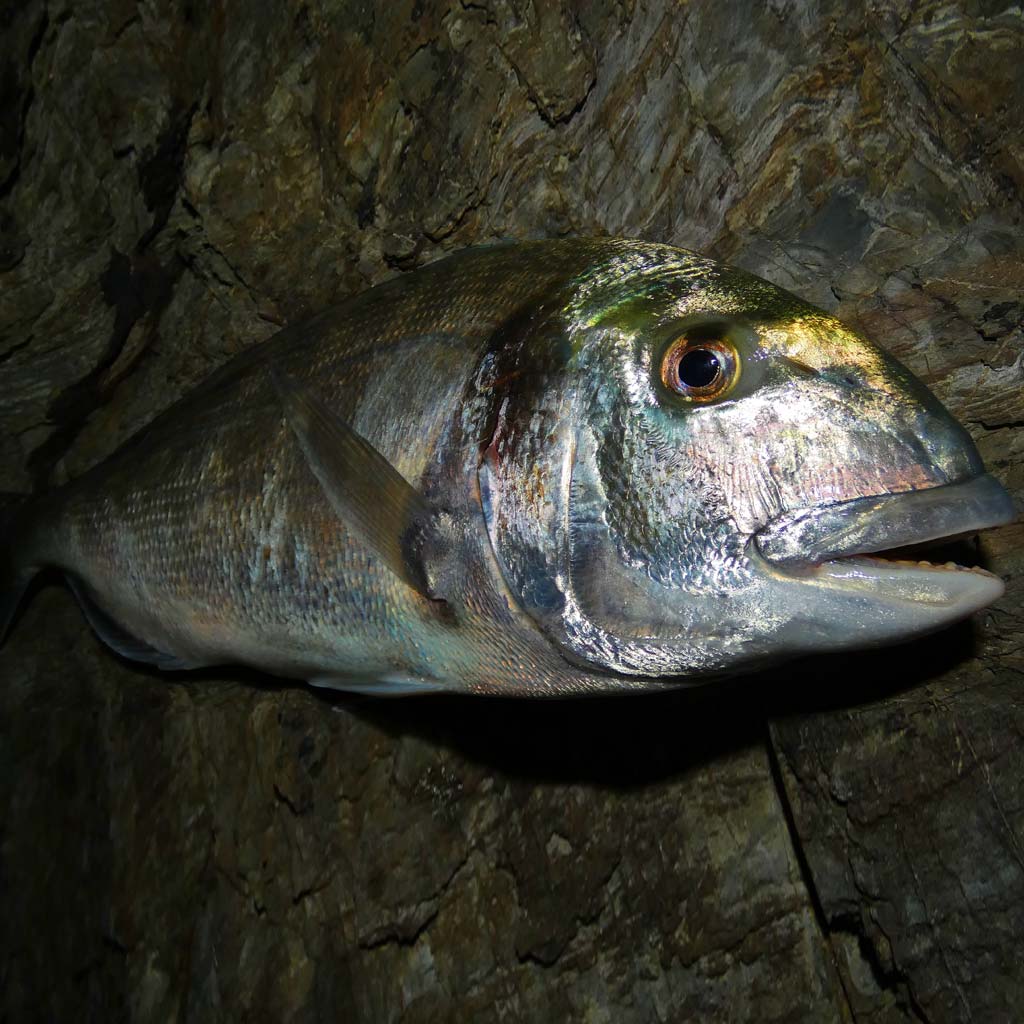 The next morning I was preparing to leave. I stood in the courtyard feeling the first warmth of the sun as the dawn opened upon the land. Yamazaki appeared by my right shoulder. He was carrying a cloth bundle from which appeared the hilts of two swords. ‘Both of these blades were forged by the great swordsmith Kamasan,’ he said. He drew the first sword from its sheath. It was a long thin blade, like nothing I had ever seen before. The point tapered finely into absolute needle sharpness. I could see that this was exactly the kind of weapon he had been describing in our first conversation, although laying eyes on it now it looked to me like a sword that would be of more use for hunting rabbits than The Golden One. Yamazaki seemed to sense my inner doubt and he carefully took the weapon from my hands and slid it back into its sheath. He then drew the second sword and held it out for my inspection. This blade was shorter and of slightly thicker appearance than the previous one, although it shared the same gradual taper into razor sharpness. The feel of the weapon was sturdier than its counterpart, whilst still remaining feather light and keen. Yamazaki nodded, handed me the sword’s sheath and walked back inside the temple without another word. The sheath bore the inscription “B’ninefour-oh’ess”.

Since that day I have used that Kamasan blade to slay many Golden Ones, adapting my style to suit the strengths of the weapon. The Kamasan sword is beautifully sharp and seems to possess a superior ability to penetrate the vulnerable parts of The Golden One. I believe that this is due to the more gradual taper of the point and finer thickness of the blade in comparison to other weapons forged for the same task. The Kamasan is also surprisingly strong and will withstand most pressure that is less than out-and-out brute force.
Since the encounter with Yamazaki, I have met other hunters who use much heavier blades to hunt The Golden One with great success. When I have tried their swords however, I have never found them to be as effective and have quickly returned to my Kamasan. This brought me to a realisation that The Riddle of Steel was not a universal truth but merely a direction for me to follow on my path to find the weapon I was destined to wield. It also dawned on me that my childhood swordmaster was partly wrong; there is enchantment in steel but it is not in the properties of the blade itself – it is in the weapon’s ability to instil a most powerful magic in its wielder: belief. It is my experience that belief makes a swordsman many times more deadly. In many instances, it does not even seem to matter if that belief is built upon rock solid foundations, what is more important is the stillness of mind and certainty of action that comes naturally to a swordsman who trusts completely in his blade. 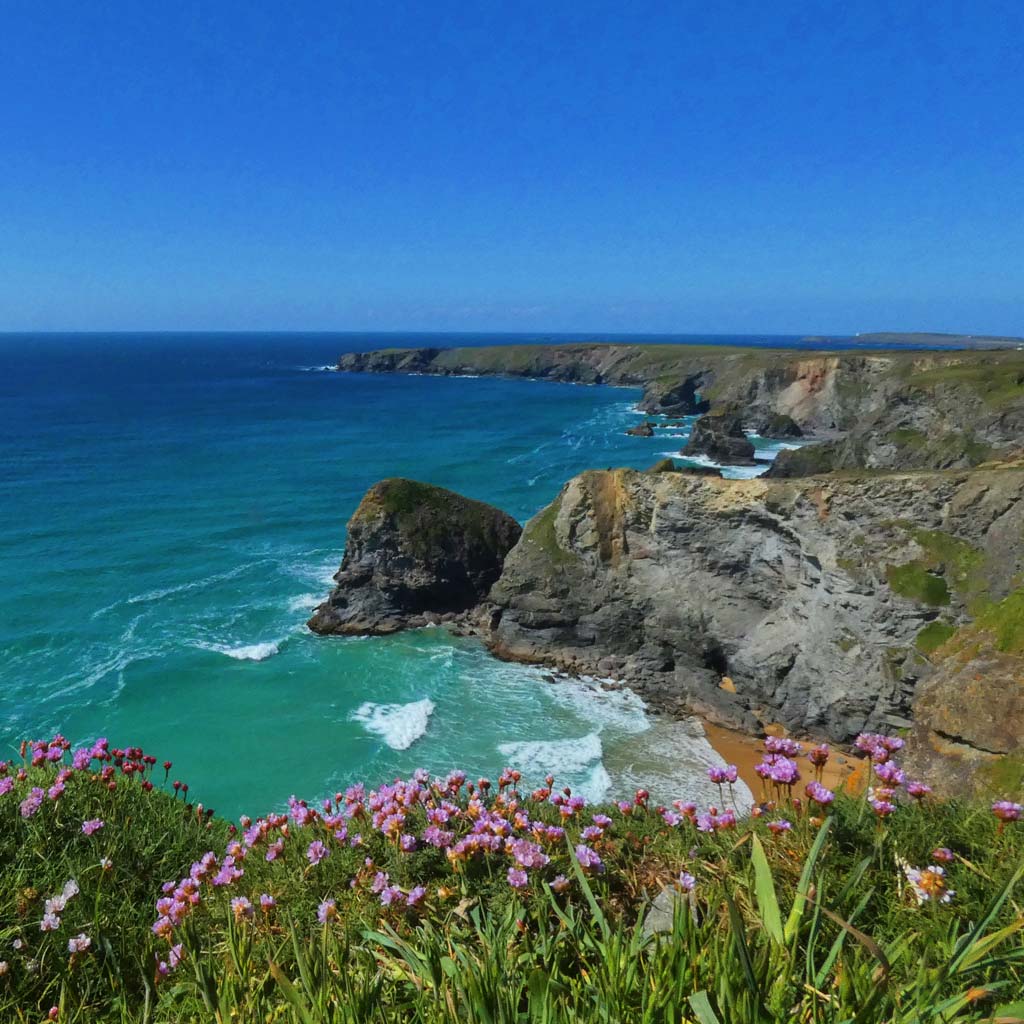 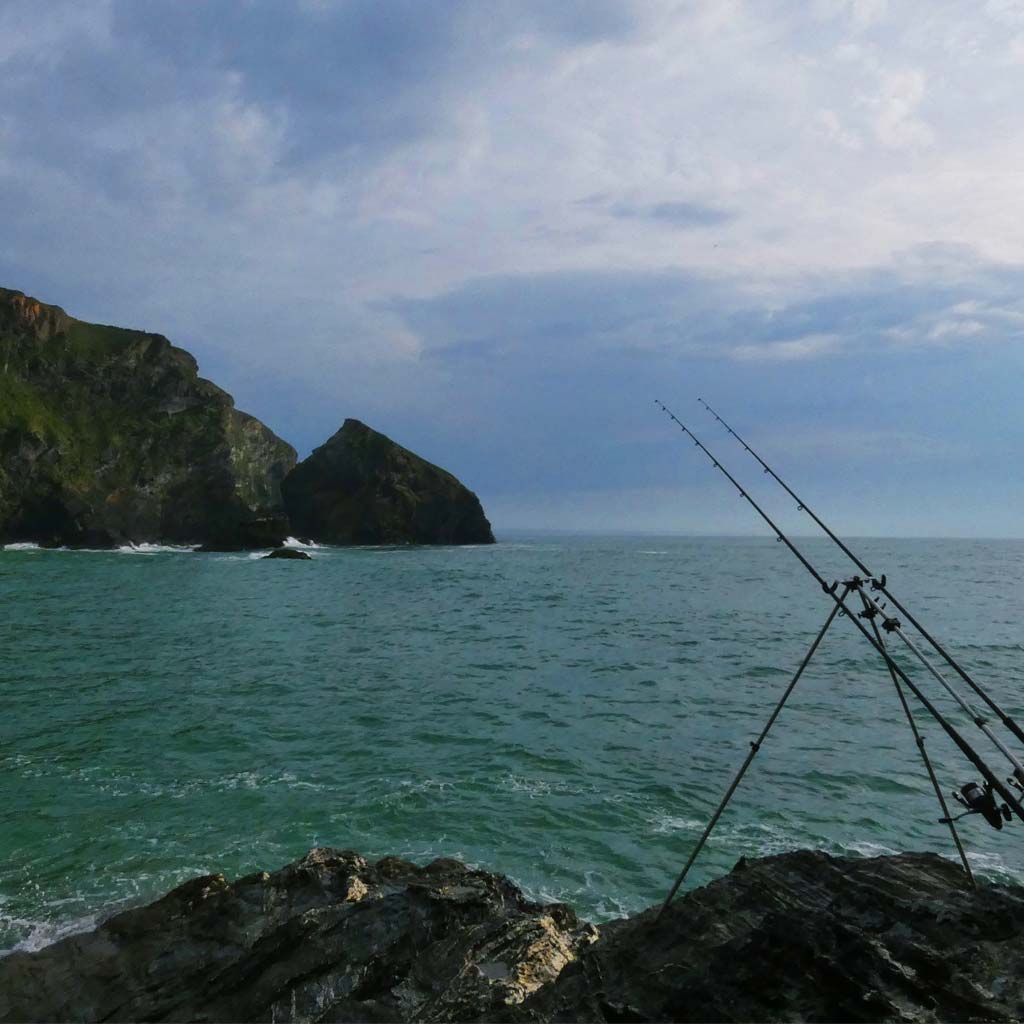 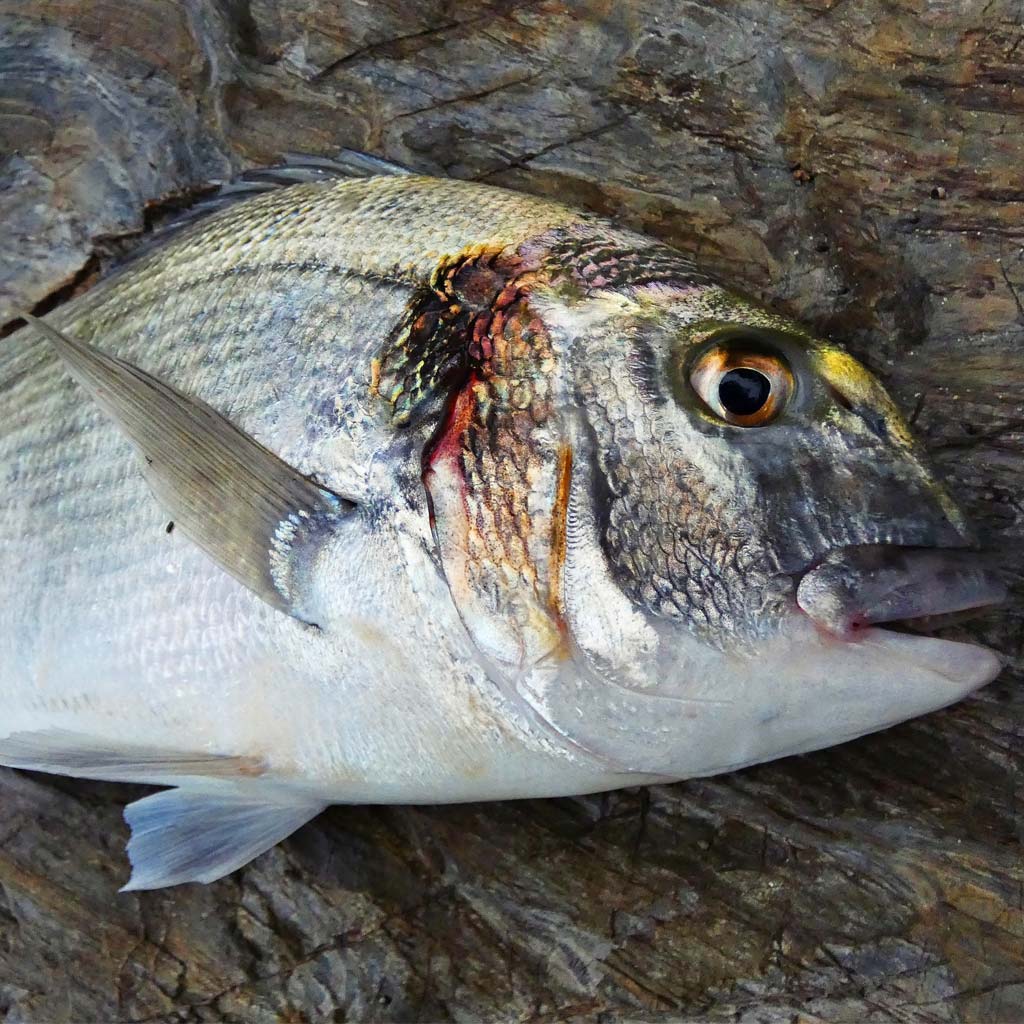 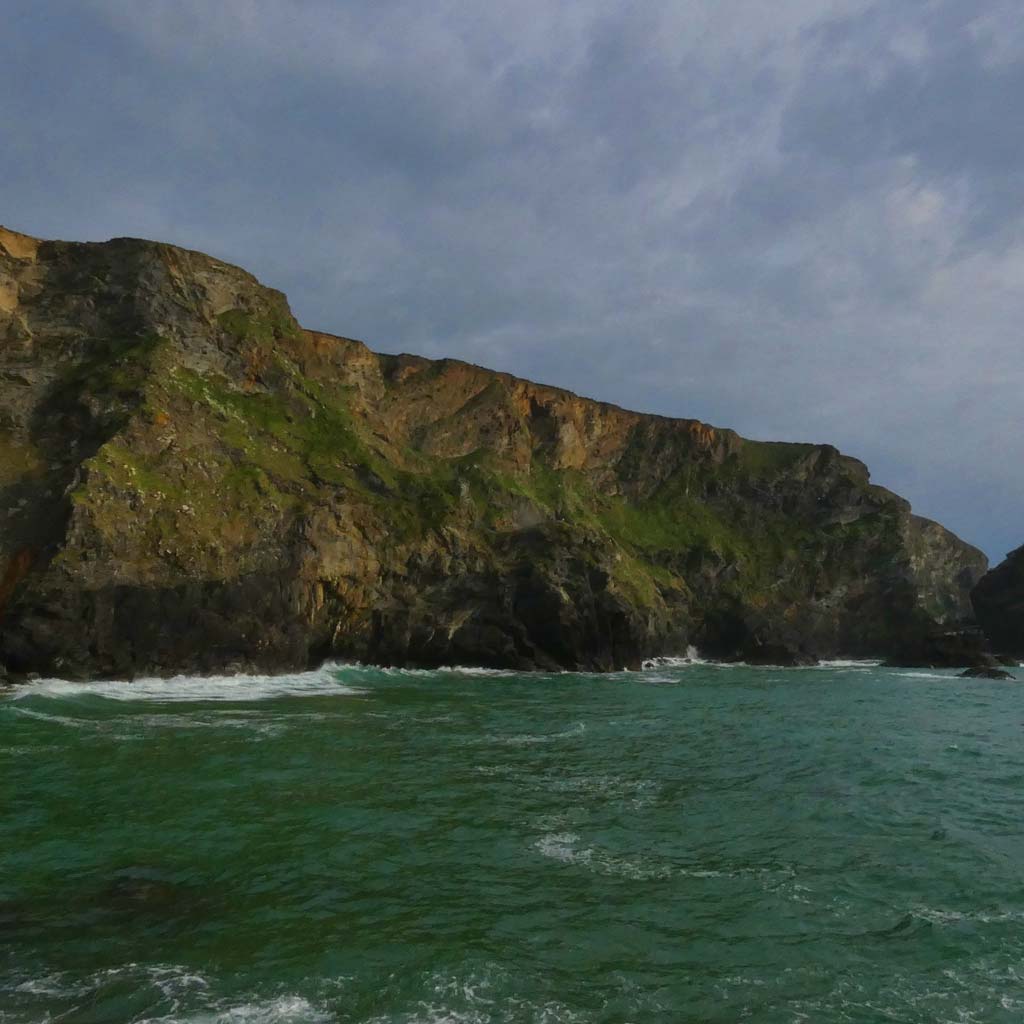 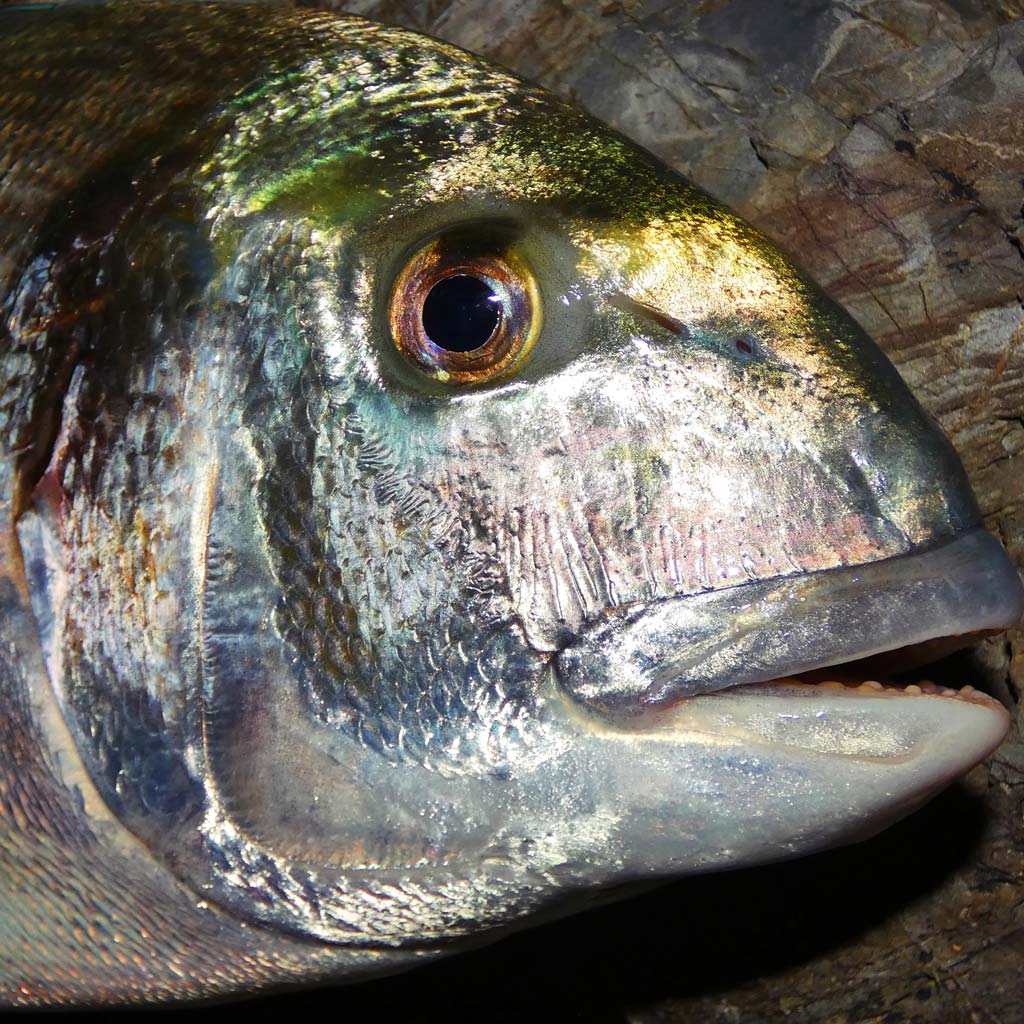 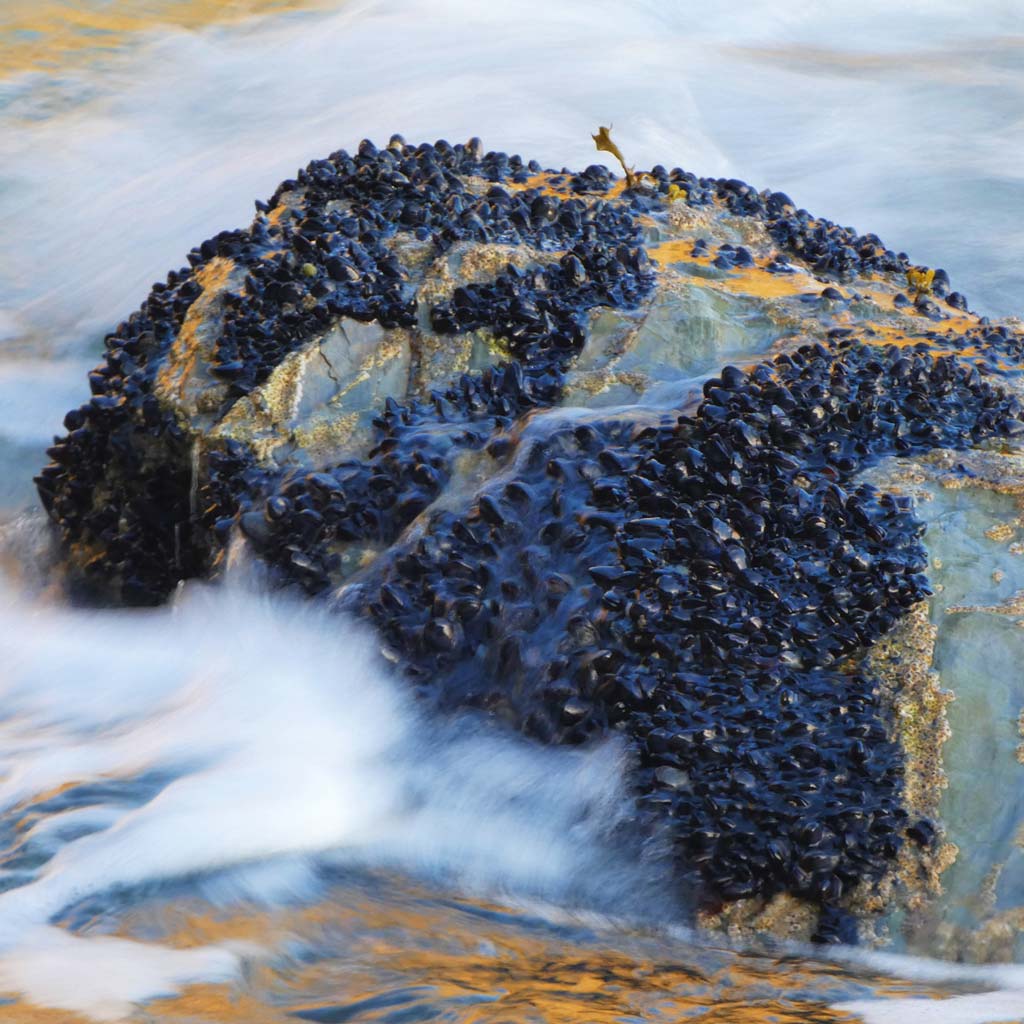 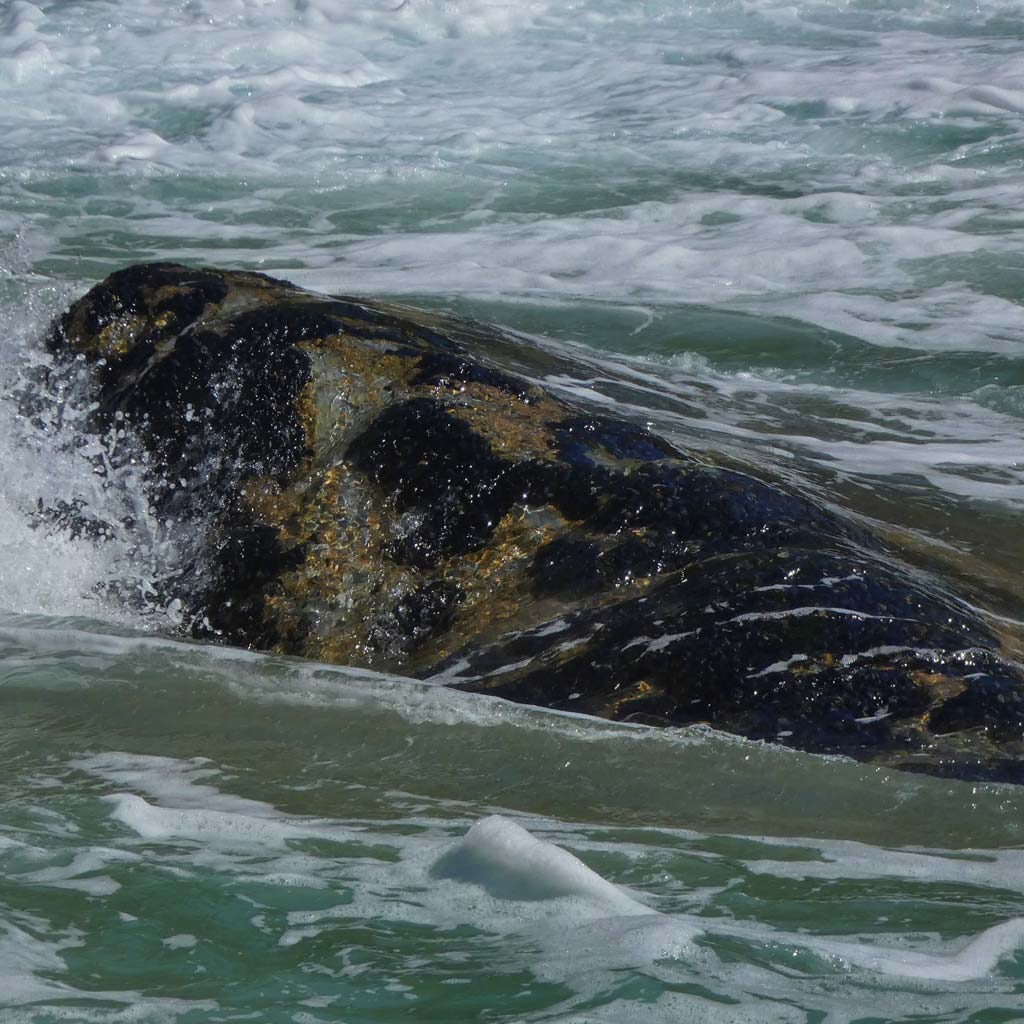 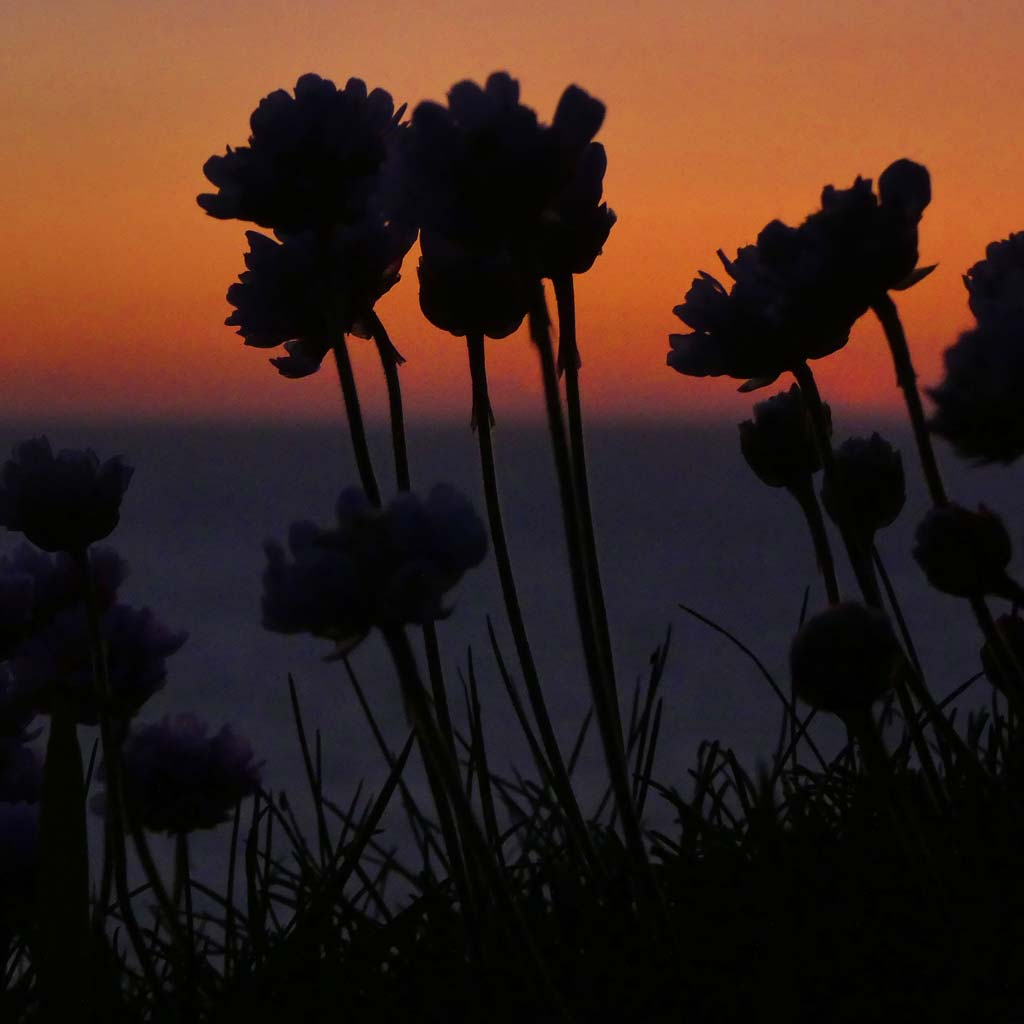 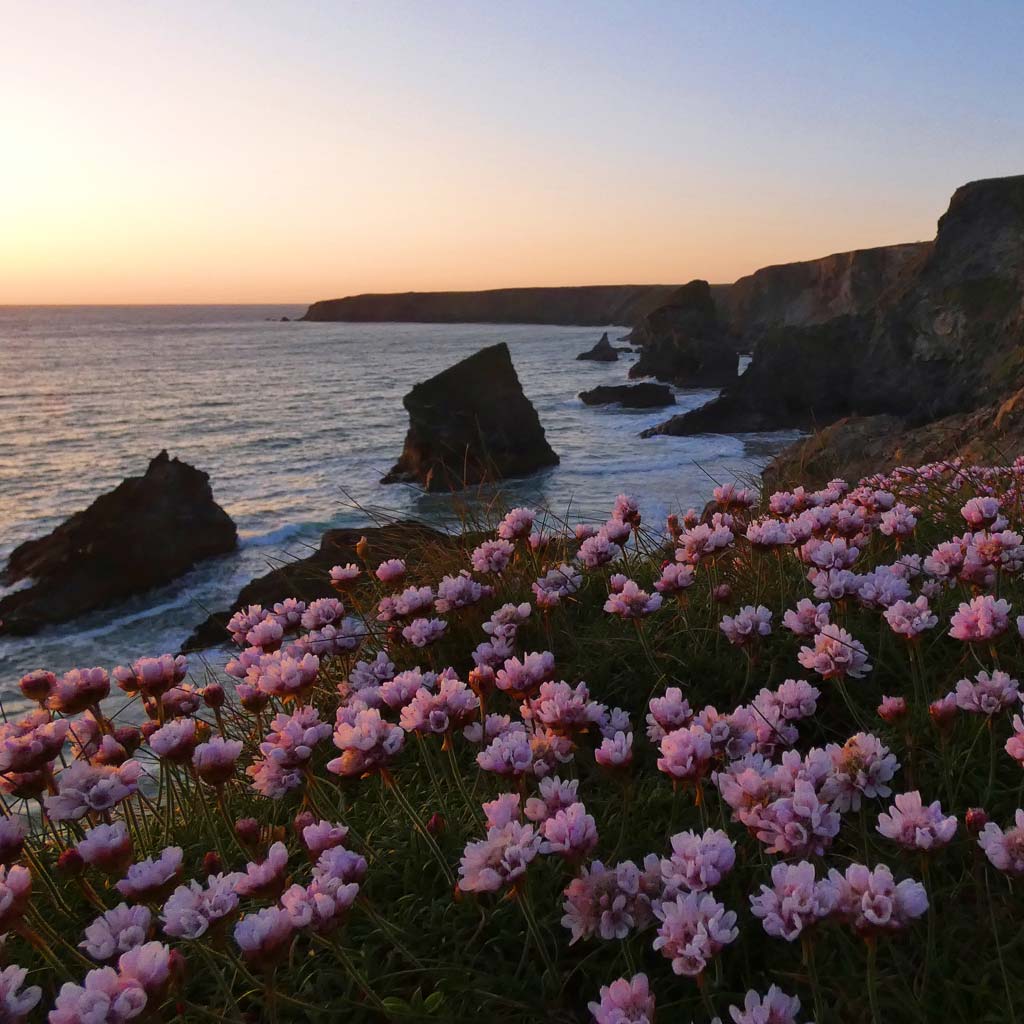