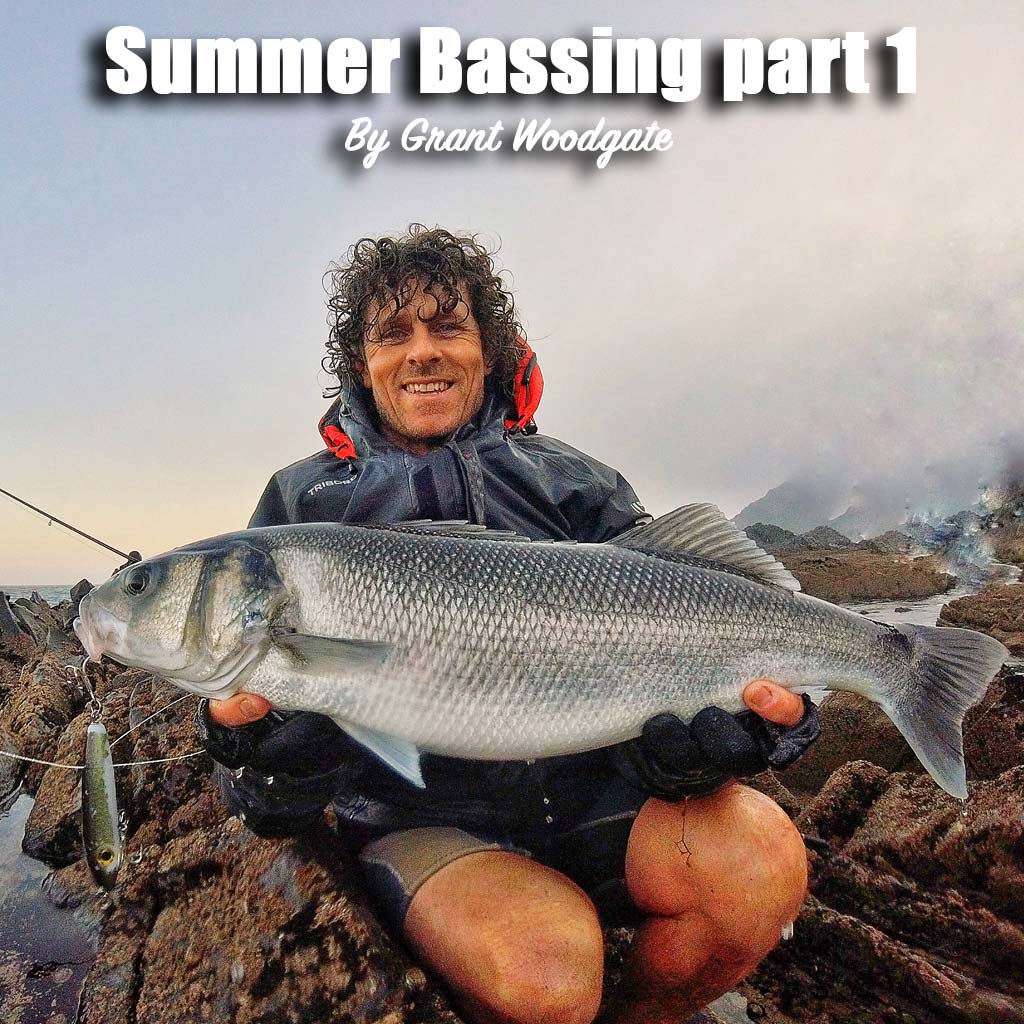 After spending a hard but productive week chasing bluefish I was ready to meet up with my family for our summer holiday down on the Algarve. I had spent the last days fishing very hard, so definitely needed a few days rest to catch up on sleep.  After getting the tent set up and getting everything in order I was soon itching to get out for a dawn session.

Last summer had been good fishing, and I had been more than pleased with the bass I had caught. Despite this, summer bass fishing in Portugal is probably not the most prolific time to fish this coastline, but as I always find in Portugal, it really can be a hit or miss affair, so its definitely worth trying! I didn’t know what to expect but was hoping for some calmer seas providing the summer north winds calmed down.

I had a new 15g Samson mini candle I was keen to test, but that would depend a lot on how the predominant strong summer winds were! Anything picking up too much and I’d be looking back towards the heavier lures. 15g would certainly be ideal for calmer conditions, but small seas on the west coast can be quite rare!

My first morning session consisted of strong seas and a stiff north wind, meaning heavier lures would be the best choice! It’s always a real confidence booster to get into some bass early on in my trip and my first few sessions resulted in a couple of nice medium sized bass on the Enticer Tweak bait! With the winds and swells staying fairly strong I continued to fish sub surface, soon resulting in a better sized bass! 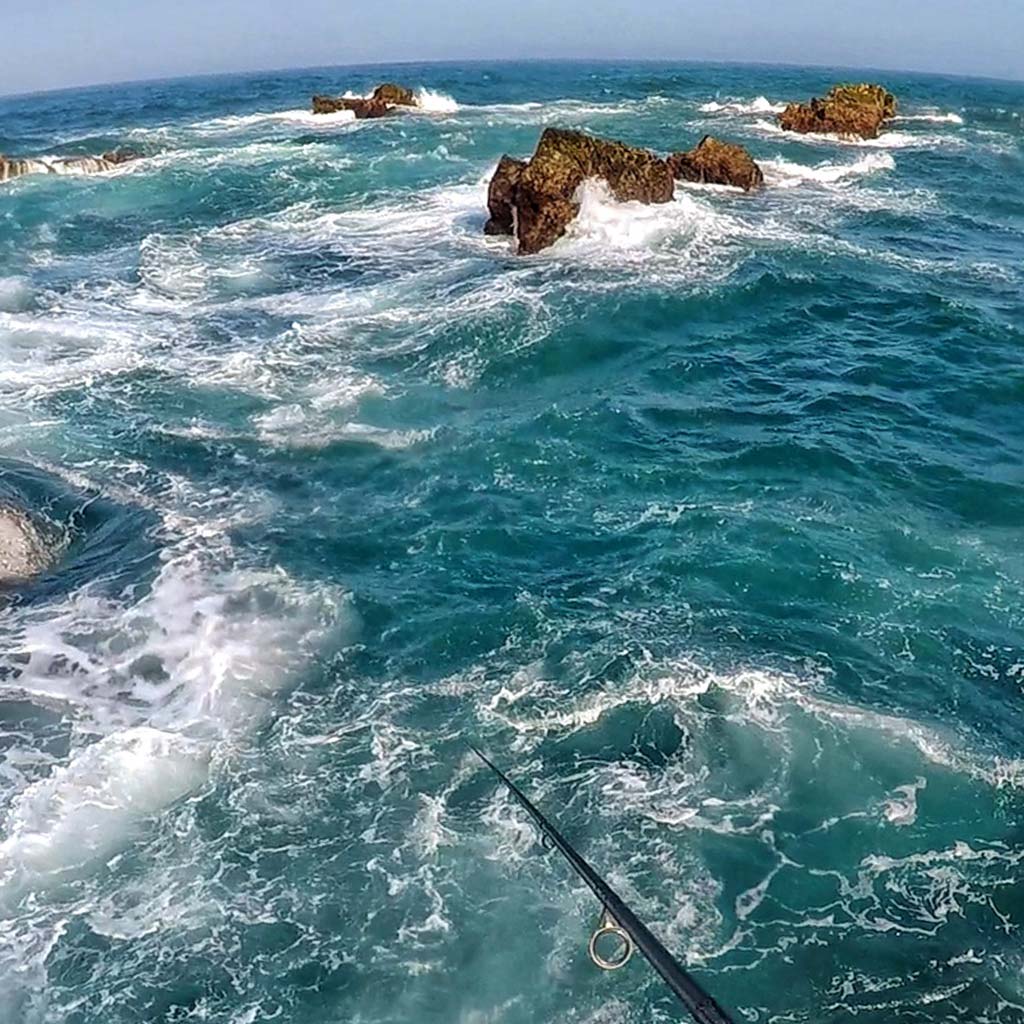 With big tides at the time, I decided to try a spot I don’t often get the chance to fish!

Although I only hit a couple of schooling bass, I had a really enjoyable session swapping over to the Topwater Enticer Minnow. It’s really hard to beat the thrill of seeing the fish come up to hit the lure which is why I feel many fall in love with topwater fishing for bass.

It was as interesting to see that both bass were caught over a sandy bottom and were much lighter in colour than the bigger darker bass I had caught early that morning around a rocky area! It really seems like these bass can adapt there colours well to match the environment. This is seen a lot in the uk, with the bass on shallower sandy beaches being far paler than their deeper water cousins over rougher ground. There’s even often a greenish hue to estuary bass which must blend in well with the weed running up and down the estuaries!

Removing the hook from  one of the schoolies, I noticed it had a fish tail just protruding from its mouth. I was shocked but not surprised to see it was a large sardine swallowed whole! This showed what effective predators these fish are even at this size! It also shows why, in rougher conditions when the heavier lures are needed for casting distance, you shouldn’t be put off by the size of the lures. Even a school bass will grab a large sized Enticer.

With the wind picking up the next few days saw an increase in the swell and the water turning to that not so nice green colour. With a few days break from the early morning starts, I decided as the swells subsided a little to head out before dark for a lovely sunset session. You can’t beat fishing into the evening watching the sun go down and it can be a great time for the bass too, hitting in to the shoals of bait fish that form as the sun dips. 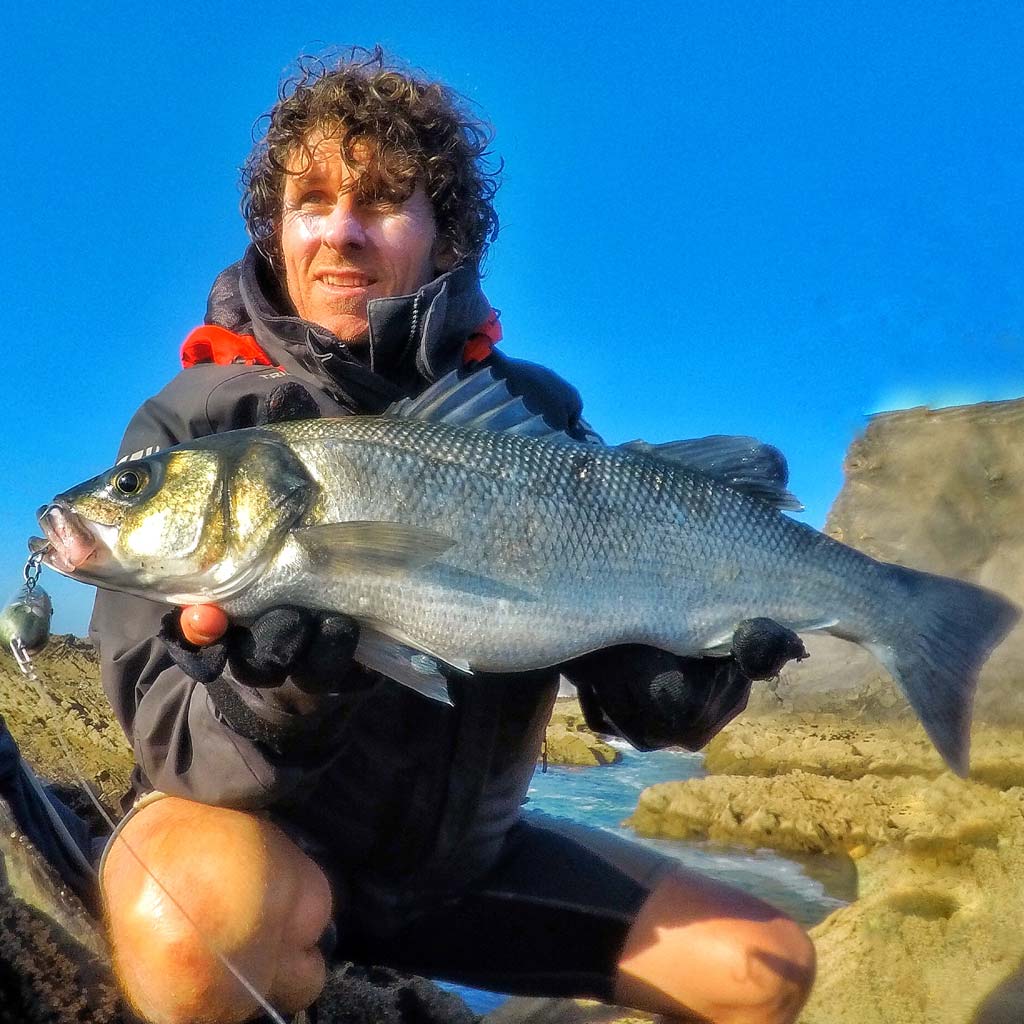 Although things were quiet, I was enjoying being out on the rocks. I felt the conditions were good and that there was always a chance of hitting something. A chance is all that is needed to keep hopes up, even if it doesn’t materialise. I swapped between surface and sub surface lures, and ended up trying along a promising looking ledge.

With the sun getting very low I sent out the Enticer Sub Surface Tweak Bait with an air brushed mullet finish I was testing. With nothing doing I varied the speed trying slower retrieves with taps of the rod tip and then speeding it up with harder pulls! A steady shake or tap of the rod on the retrieve makes a world of difference to the action of the lures and really causes a disturbance for the bass to home in on. A few casts later and I felt a hard hit and a heavy pull telling me immediately I was into a good sized bass.

As it headed down hard toward the ledge, I half expected the line to hit the rocks, but worked hard to turn the fish and bring it to the top! Once into open water I knew it was a case of carefully bringing him around the point to land, as always praying that it would stay hooked!

Double figure bass are not common during the summer months, so I was stoked when I managed to slide it up the reef with a wave and take a picture! With the sun going down there was still time for some more casts! Although I didn’t catch any more that evening, I did have another fish take the lure which leaped right out the water.

It was more than likely a bass, although I have rarely seen them leap out the water, which left me wondering if it could have possibly been a blue fish!

In part 2 with some break in the winds and swells I managed to venture to some different grounds and finally get a chance to test the 15g mini candle! Check it out in next months Hookpoint magazine. 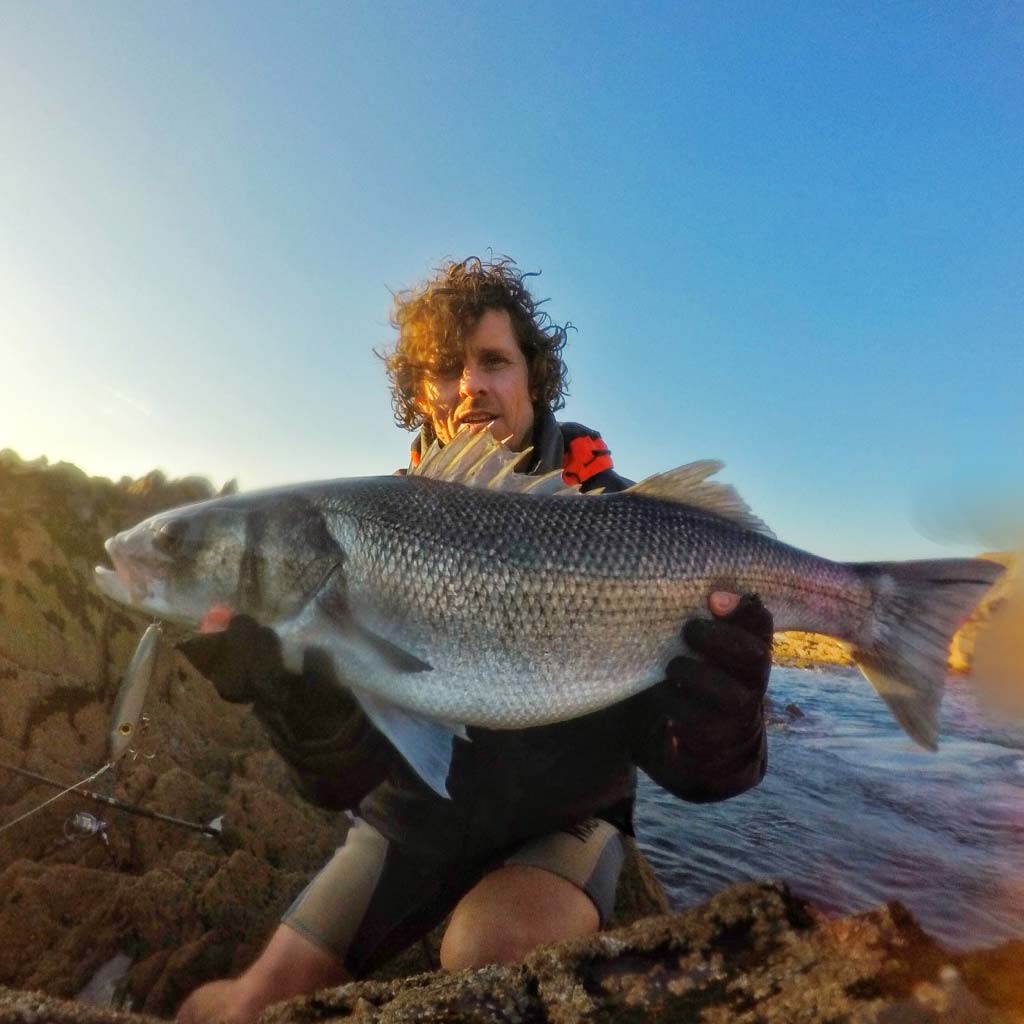 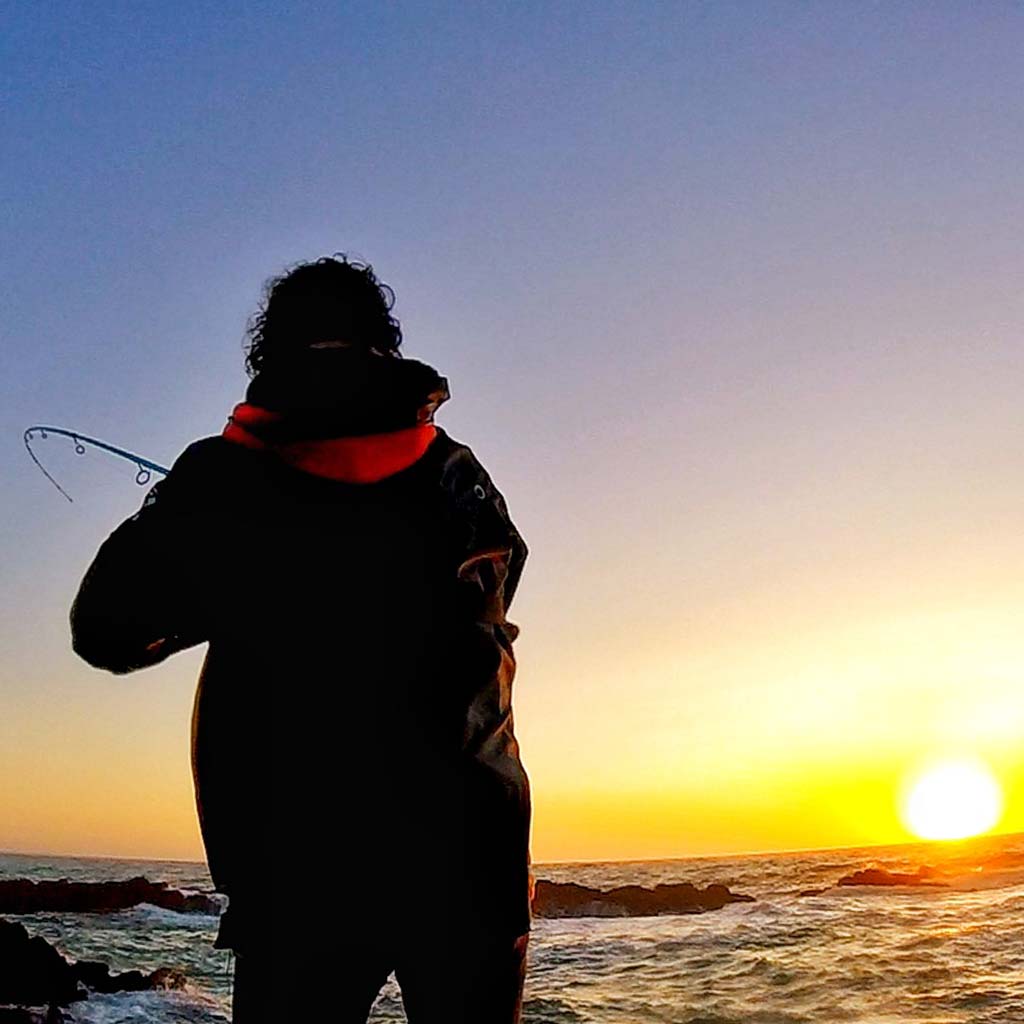 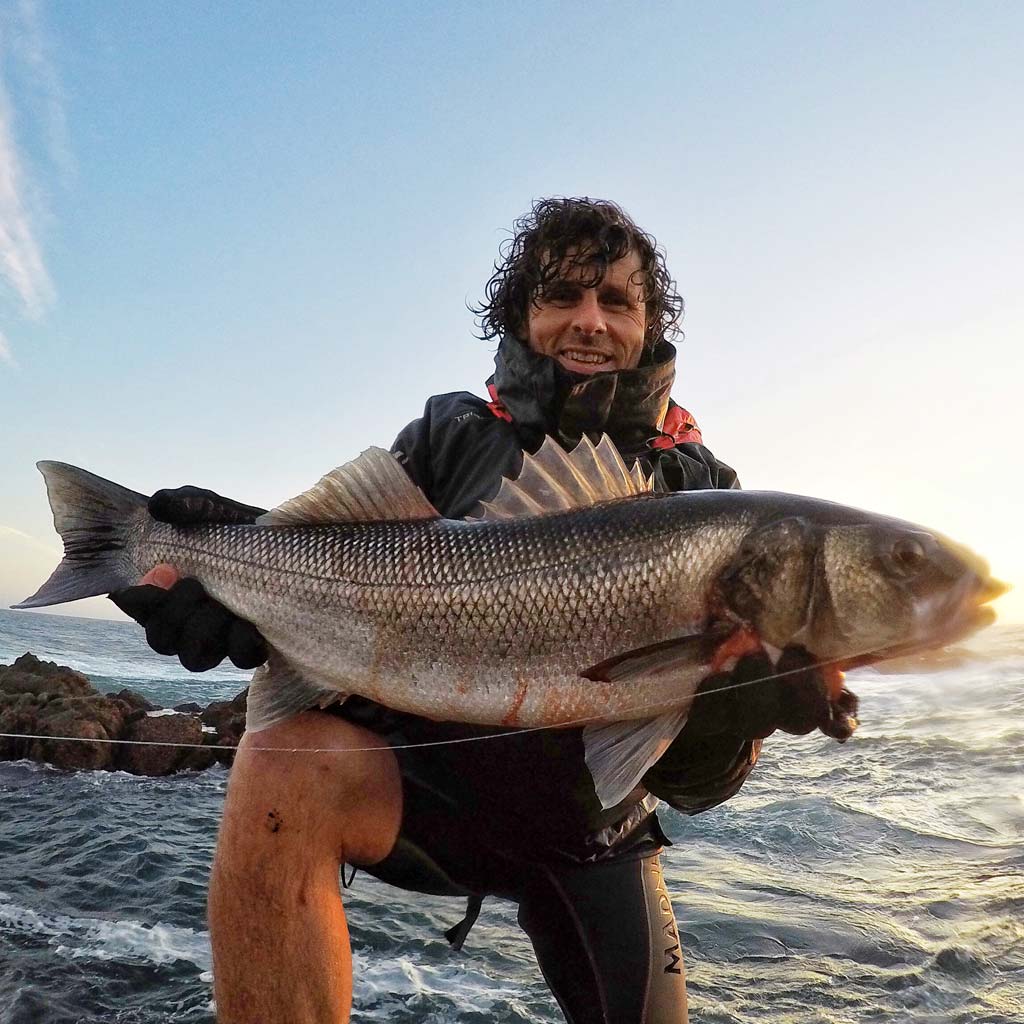