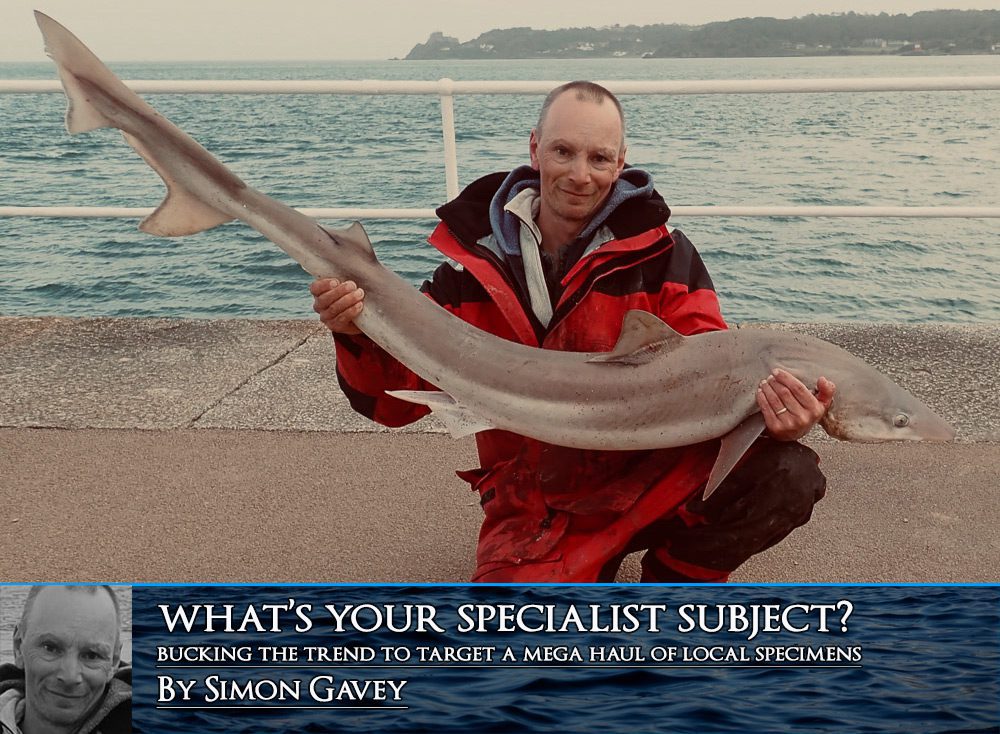 Here in the Channel Islands, we are blessed with arguably the most diverse fishery in the British Isles. On the island of Jersey where I live if you fish the seasons, you can realistically target dozens of species throughout the calendar year. To add to the choice of species to target, our 48 miles of coastline has just about every kind of angling mark you can imagine whether its beaches, piers, breakwaters or an abseil down a sheer cliff, it’s all available just a short drive from home. We also have the benefit of having four coasts within half an hour from home meaning you can generally find some shelter in even the most extreme weather conditions. All this choice can be mind boggling, resulting in a lot of local anglers specialising in one or two species with the most popular being bass and mullet and generally becoming extremely good at catching them! Personally, I prefer to use my available fishing time as a kind of specimen fish species hunt.

Having gone through the usual club route throughout my teenage years I wanted a different challenge. Like most areas of the UK, we have our local specimen weights. I thought it would be an interesting challenge to see how many of these I could catch and set myself a target of 20 which I thought was a tough challenge. I wouldn’t say any of our local specimen weights are easy but there is probably 15 or so that are achievable. Some examples of popular species are bass, which is 8lb, conger is 30lb and ballan wrasse is 5lb 8ozs. Beyond that 15 there are maybe another 10 that are possible but extremely challenging and then you are looking at the more rare and obscure species, some of which at the time of starting the challenge had never been caught before locally. 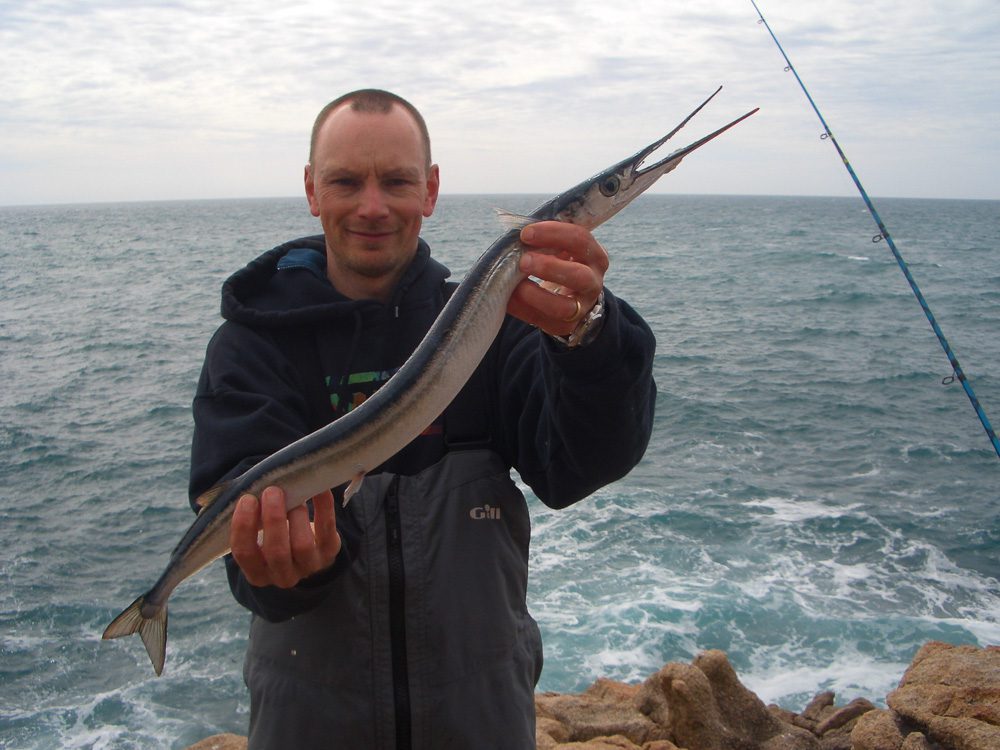 This would have been around 1990 which happened to coincide with getting my own transport which made fishing a lot easier. At the time of starting, I was already on 7 with bass, common eel, lesser spotted dogfish, flounder, golden grey mullet, pouting and undulate ray already done. A hit list was made of potential targets to crack the magical 20 barrier. At this point there was still plenty of targets available, so progress wasn’t too bad. It was quite a successful start with me being able to tick off conger, 3 bearded rockling, small eyed ray and blonde ray in my first year; blonde ray being one on the “hard list”.  The following year my confidence took a hit as I never managed to add any more to the tally. 1992 was more successful with the super tough plaice, pollack, and bull huss increasing my tally to 14

I remember the night I caught the pollack; the target was 6lb, so not easy. It was between Christmas and New Year with a forecast temperature of minus 2 and I spent the whole night on an island that gets surrounded by the tide targeting a big pollack. I caught one first cast of 9lb 8oz and spent the rest of the night freezing waiting for the tide to drop enough so I could get off and go home.

On to 1993 and I was really becoming obsessed with hitting the 20 target. It was another good year with mackerel and sole ticked off the hard list and thick lipped mullet, black bream and red mullet putting me within touching distance. 19 done and only 1 to go.

1994 was an eventful year for me to say the least. Not only did I start a new job after having worked for 5 years in a fishing tackle shop, but I also bought my first home. The fishing was also eventful with me adding a trigger fish of 3lb 8oz to the list and several ballan wrasse over the required weight, the biggest being the previous British record at 8lb 13oz 2drm. Target achieved and passed, but why stop now?

1995 saw me get married and fishing was pretty much forgotten for a few years. I started getting back into it in 1999 and it wasn’t long before I started thinking about my previous quest for 20 and wondering if 25 was possible. The target was set, but it was much tougher now and it soon became clear this was going to be a more challenging target. It took me until 2002 to add to my tally with a cuckoo wrasse- a real tough one to crack locally. It was around this time that we started to catch smoot hounds locally, a fish we had never seen before. This was a massive incentive as there was potentially 2 species to add here and a chance to get within 1 of my 25 target. I managed to get them both quite quickly, as the specimen sizes were low to start with as we’d never really caught them, but we did go on to catch some proper specimens with myself breaking the 20lb barrier twice including a heavily pregnant fish of a little over 23lb. Sadly these big fish have now disappeared again and the current 10lb specimen weight would be a tall order today. 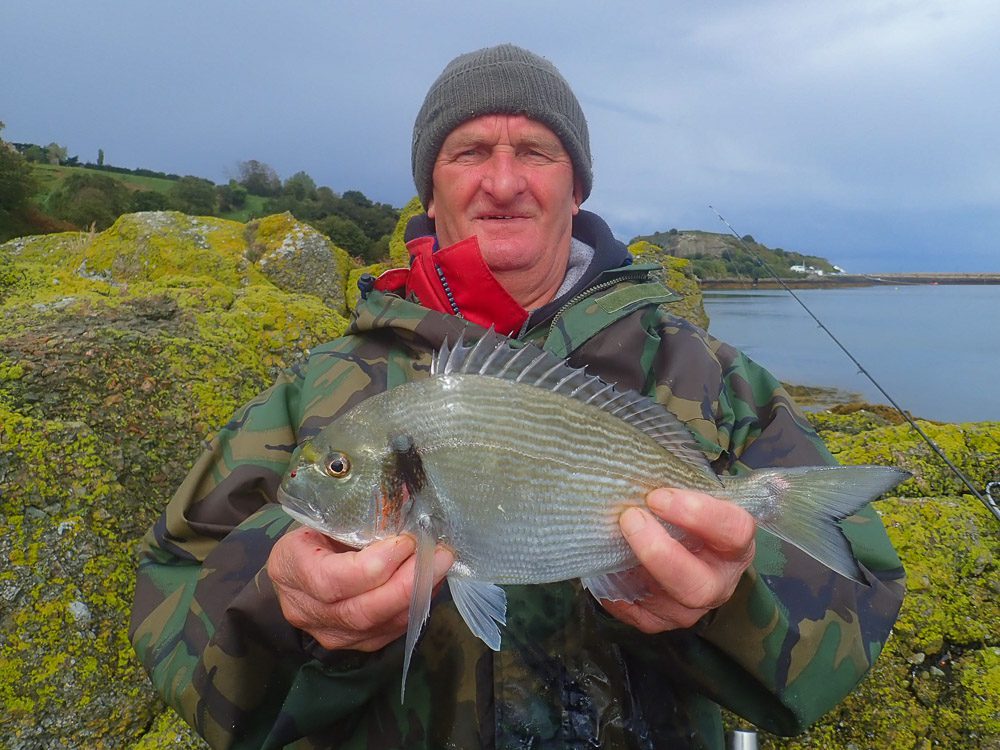 There is a lesson with the smooth hounds, if you are having a go at something like this, you must make the most of the opportunities that present themselves at the time as there is no guarantee how long these fish will be around for.

On to 2005 and it was another new species that took me past my 25 target and was also a British record- a white bream of 1lb 7ozs 4drms. At the time it was only the second one caught in Britain and beat my cousin’s British record. Funnily enough it was my dad who then beat my British record. Talk about keeping it in the family.

I was stuck on 25 for another 6 years and never really thought it would be possible to hit 30. There were so few viable targets left but I never stopped trying. In 2009 my dad retired and with the extra time he decided to try and catch me up. He was already in the teens after more than 40 years fishing locally and he soon got his tally into the low 20’s. The challenge to hit 30 now became a bit competitive. I finally added to my tally in 2011 with a thin-lipped mullet, another relatively new species for us. It was another 2 years before I found number 27 but it was my nemesis the garfish, one that was on my original list from more than 20 years earlier and a fish I had probably spent thousands of hours trying to catch. Typically, like buses I then had 2 more over the specimen weight within a couple of years. Dad was also adding to his tally including a bonus lumpsucker caught float fishing for garfish taking him level with me on 27.

Next up for me was a shore rockling of 1lb 3oz in 2013, a Channel Island record at the time which dad then beat with one of 1lb 4oz to take us onto 28 species each. It was getting a little intense. Dad then had a mackerel of 1lb 9oz, a tough one locally to put him on 29 and in the lead for the first time. We both had almost identical completed lists with the exceptions of dad having landed thornback ray and lumpsucker- two super rare fish locally and myself having blonde ray and cuckoo wrasse that dad didn’t have. Both also very difficult, but more achievable than thornback and lumpsucker. We did both have two quite realistic targets left of gilthead bream and tub gurnard, both had modest specimen weights of just 1lb and both were starting to show up in local waters. I somehow needed to find another fish to keep in touching distance.

Dad came close to hitting the magic 30 a few times catching both a gilthead and a tub of 15oz and it felt like it was only a matter of time before it happened, but getting over the line was proving agonisingly difficult. Then in 2015 there was a twist when I caught up with a twaite shad of 1lb 6oz and suddenly it was 29 each. It now felt so close. 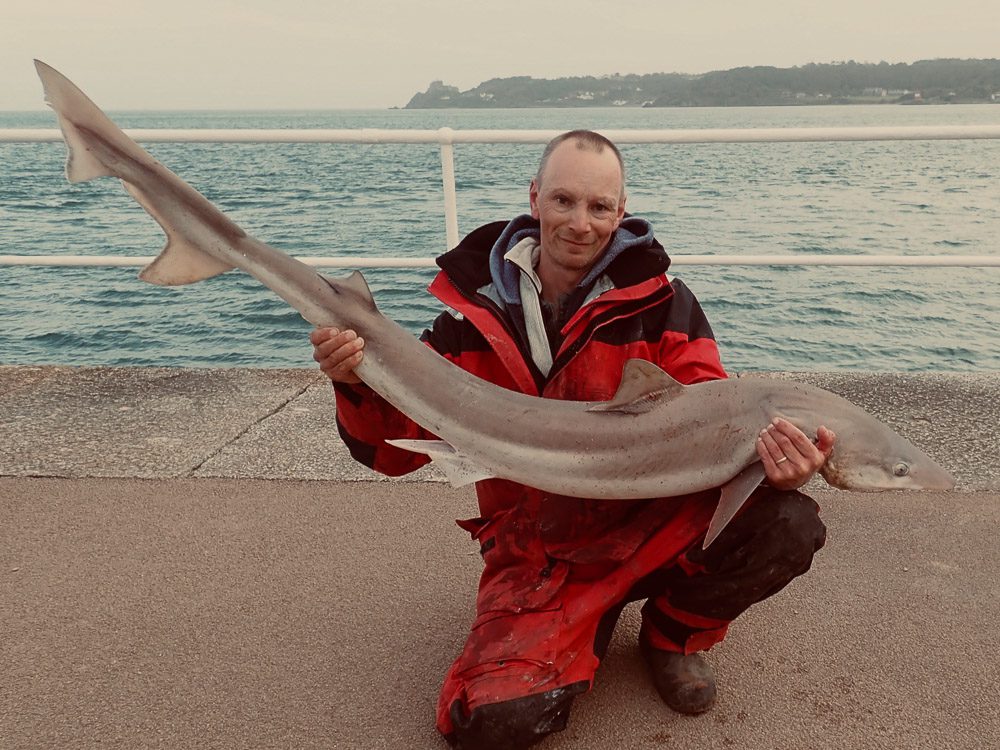 Then on the 16th September 2017 it finally happened and it was only right that it was dad that got there first with a gilthead bream of 1lb 4oz. A modest fish to complete a magnificent achievement, the culmination of more than 40 years of targeting specimen fish in Jersey. It took me a little longer, but in 2018 I also managed a modest gilthead of a little over a pound to take me to the magical 30. I caught my first Jersey specimen in 1984, so just the 34 years for me!

I consider myself incredibly lucky to share this wonderful angling addiction with my dad and this quest for specimen fish has been a life-long passion for us both.

Of course, it doesn’t end there although obviously there is little left to realistically target, but I have managed to add another three to the mix with whiting, tope and finally tub gurnard, while dad has also managed whiting and tope which means I have current bragging rights with a 33-32 lead.

What’s next? Well, this summer has seen me targeting a sting ray, a little explored species locally with a specimen weight of just 10lb. I’ve learnt a lot and managed a couple up to 9lbs 11oz, so I’m optimistic of finding that 34th specimen next summer and then maybe, just maybe 35 will be possible. 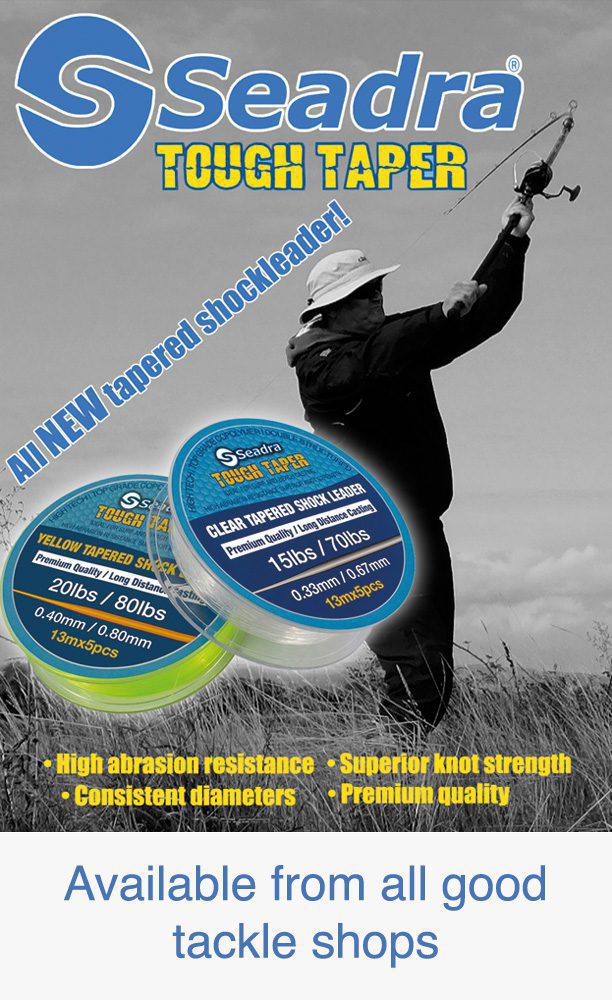