Menu
PrevPreviousLooking through the lens 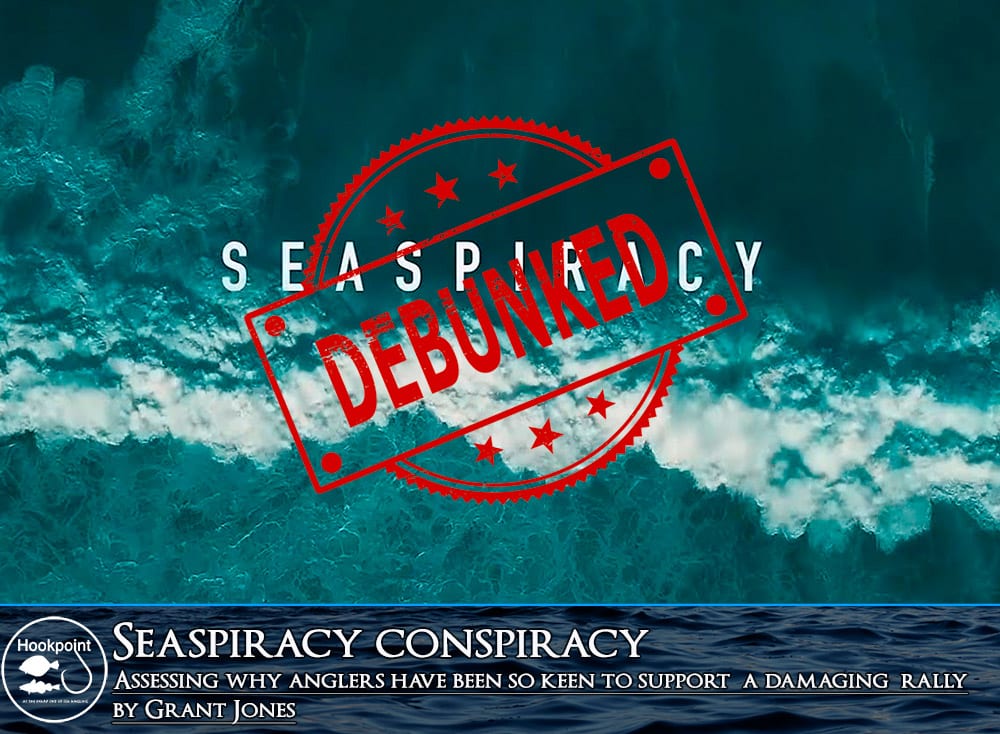 There have been a couple of events recently that have quite shocked me, with regards to the uptake in support from the angling world.

The first of these was news of attempts to bring a debate back to parliament over fish ‘sentience’, with a target to amend legislation to ensure the stress of fish is reduced in any possible way. The given context in all summary reports was a focus on the commercial sector, though for those who were inclined to read the full report, it made for quite a concerning forecast for recreational angling where mortality rates of over 90% were mentioned, seemingly with no source or evidence to back it up.

Reading between the lines, it was clear to see that any move towards declaring fish sentient, would at the very least see a renewed attack on catch and release fishing. One may still be able to make an excuse for limited stress to a fish for the table under proposed new legislation, but it left little wiggle room for arguments in favour of sporting catch and release.

The second incident that surprised me was the mass sharing and backing amongst the angling world of the new Netflix Seaspiracy film. I cant help but feel that every angler drawn in by this has been hooked by the bait they dangled before us over both of these campaigns – the big bad commercial guys! As a community, we took that hook, line and sinker, falling in to the desired trap of ‘divide and conquer’.

Make no mistake, those behind both the sentience campaign and Seaspiracy – vegan tree hugging extreme activists, fully intend to play the divide and conquer strategy to it’s end. We’re already allowing it to work.

By pitting recreational anglers against the commercial sector, they gain a large, strong and vocal voice amongst the angling community, who by-and-large do care for the environment. Though whilst we throw bombs at the commercial sector on the activists behalf, it passes most of us by that we are simultaneously delivering the ammunition for our own downfall.

Because we, as anglers, wish to see a dramatic decline in commercial fishing in our local waters, we are easy targets. Our confirmation bias telling us the commercials are the bad guys is played to from the off and because of this bias, we lap up any and all claims and accusations levelled at the commercial fleet and don’t critically challenge those claims. We want them to be true in order to effect change against commercial practices. As it happens, very few of the claims are. Before I expand on my own thoughts below, check out the following videos.

Please don’t simply stop at viewing a few contrasting videos as a proposed rebuttal. The idea is that, having watched these, you may note the gaping holes in ‘Seaspiracy’s’ claims that warrant your own personal deeper research to come to a fully informed view.

Having watched Seaspiracy a number of times, aside from the divide and conquer strategy I have already mentioned, a few other things become abundantly clear. First and foremost is that this is not about preventing over-exploitation, it’s simply about trying to use emotive subjects and a fear factor to drive people towards a plant based diet. The documentary’s outright rebuttal of any and all additional contributing factors to marine environments, population densities and the overall quality of our oceans is done because they don’t want the viewer to think there are any other action steps worth taking other than to switch to a plant based diet.

It is this over-arching aim of the documentary that leads them to over-simplify. This, in my view, is a shame, because it actually serves to invalidate some reasonable points they make. Whilst they are attempting to play on the confirmation bias of anglers that would love to blame commercials for everything, they are also constrained by their own deep rooted confirmation bias that everything is the fault of eating meat and fish. They simply haven’t been able to progress their problem solving beyond any proposition that doesn’t lead down that path.

The biggest downfall of Seaspiracy, though, and the single point that I feel undermines their whole message, is the terrible lack of quantification and consistent attempts to take small isolated examples and extrapolate it across the whole world’s marine ecosystem. One of the prime examples of this is the claim that over 40% of the plastic waste in the ocean is from the fishing industry, whilst what they are really quoting is the proportion of the Great Pacific Garbage Patch, that does not extrapolate into global findings.

In short, the documentary seeks to find the worst possible examples in isolated events, producing the worst possible outcomes and extrapolating this across all marine ecosystems and across all time. They make everything a constant, when in fact the vast majority of influencing factors are highly variable. You could apply the same rationale to tarnish any industry in the world. It is the equivalent of all anglers being judged as a result of those who litter and let our sport down. It is the equivalent of a documentary on the pros and cons of GP’s whilst focusing entirely on the practices of Harold Shipman.

Does the commercial game need to change? Of course it does? But, are anglers best interests laid in giving airtime to a trumped up level of accusations that calls on everyone to stop eating fish altogether, when our rights to enjoy our sport are rooted in the historical rights to gather food for the table? Absolutely not.

Never has a warning of ‘careful what you wish for’ seemed to ring so true.

I implore everyone to take a step back and review the implications critically before lending support to such campaigns. Do not be party to providing the ammunition to attack our sport with in future years.