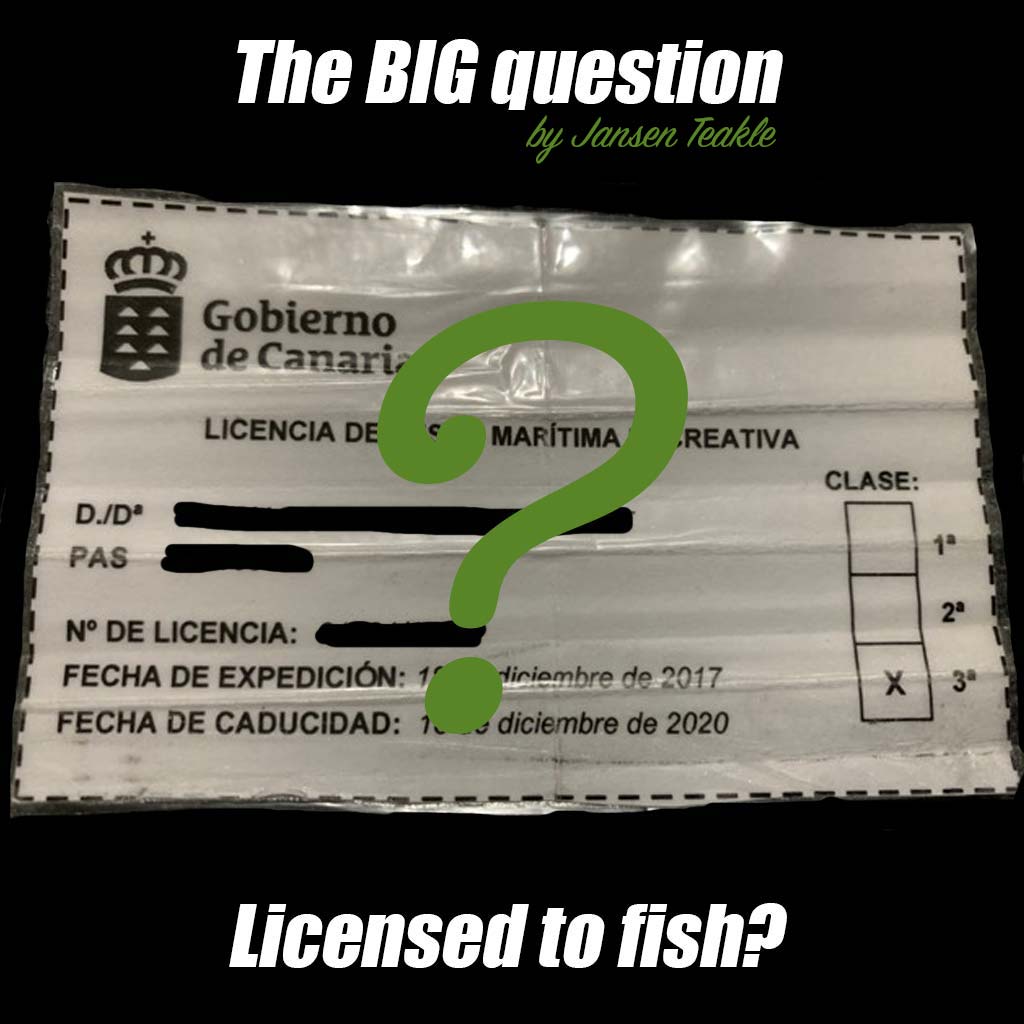 For over 150 years, those wishing to fish in freshwater in the UK have had to purchase a license to do so. A fishing license, or more accurately a rod license, is compulsory by law and over time I can’t recall a single major protest. The revenue generated by the sale of rod licenses issued once by the National Rivers Authority and now the Environment Agency is purportedly in excess of £23M, so where exactly does this huge lump of money go? According to the Environment Agency themselves, this revenue is used to police and maintain waterways, monitor any illegal fishing activities and ensure sensible rules and regulations are in place to enable not only anglers to enjoy their pastime, but also to ensure the varied natural habitats are treated with respect.

The cost of a freshwater licence has increased over the last decade, with the current cost of a licence that enables the angler to fish with a maximum of two rods for trout and non migratory species standing at £30 (approximately 58 pence per week).
As far as pastimes go, surely this could be considered good value for money when taking into account all of the above.

But how exactly does this have any bearing on the Sea Angler who at present can tackle the coast, subject to public access, entirely freely? The subject of  sea angling licences for RSA’s is a hugely controversial and divisive one, but one worthy of debate all the same. Having spoken with a number of anglers from all walks of life over the last month, it is very clear that there is a huge divide of opinion and many reasons for and against a compulsory licence for recreational sea anglers.

The impact of such a licence would have far reaching effects, on not just anglers themselves but also the tackle trade too. Considering that recreational angling generates a staggering £1.4bn to the UK economy every year (source- gov.co.uk), a proportion of this will undoubtedly be as a result of the number of sea anglers. The biggest issue right now is that as much as figures have been banded around, there is no true and accurate way of assessing what that actual figure may be. Coarse anglers who pay for a licence can be counted, though of course there will be those who fish other than in accordance with a licence that can not be accounted for.

One of the biggest reasons that those in favour of  sea angling licences believe it to be a positive move is so that we can actually stand up and be counted.
A compulsory licence would at the very least give as accurate a count of heads as is possible and offer some clarity as to just who we are and how many of us fish with rod and line in saltwater. But more importantly, this clarity of participation could potentially present a powerful and channelled voice that would be listened to when we needed it to be.

At present, when it comes to having a voice in any debate that may have a detrimental effect upon the sport they love, sea anglers are their own worst enemy with much division amongst smaller and large groups, some claiming that they represent RSA’s on the whole.

The Angling Trust, possibly the most infamous group at present claiming to represent RSA’s, state recognition by means of ‘Marine Regions’, yet according to their own website, only five regions are represented with all but the Midlands (ironically over a hundred miles from the coast) situated on the south coast. With the vast majority of the country seemingly neglected, it’s little wonder this group causes divide. It’s also notable that the Angling Trust website is predominantly geared around coarse fishing, with what appears to be a lack of understanding of sea anglers and what they do. My own personal dealings with the AT have been disappointing. It was suggested to me by an existing member who happens to be an AT coach, that as a saltwater guide, I could likely seek a competitive insurance policy through the AT. I contacted them prior to my renewal date initially by email (this wasn’t responded to for over a week) and it was quite clear when I finally received a reply that they didn’t understand just what I was actually enquiring about. 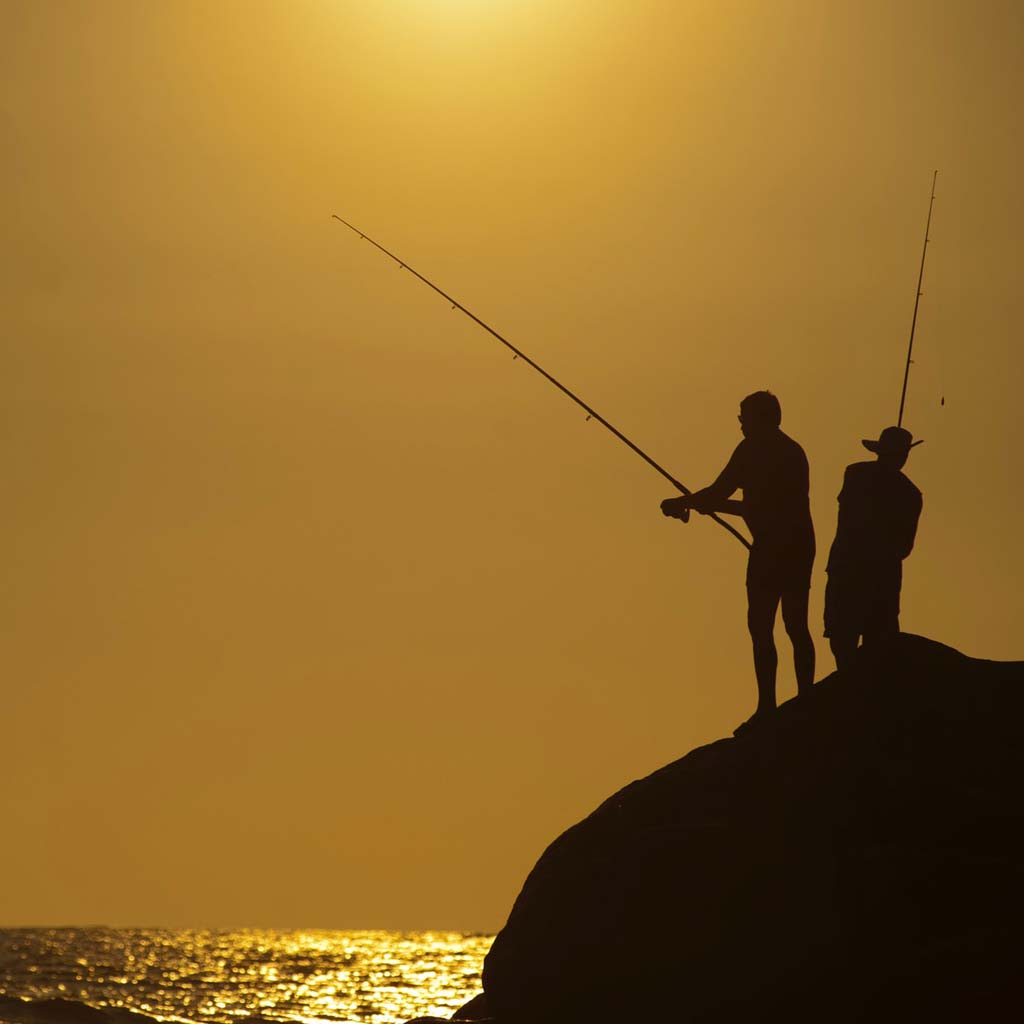 I was later informed that the AT is ‘an extremely diverse organisation’ and that my enquiry was too specific to be answered via Facebook Messenger (a secondary means of contact that I had resorted to) and that I should contact them by phone. It frustrated me that any company using social media as a means of communication were unable to provide me with the required information through a channel that they provide, presumably to encourage interaction. When I contacted them by phone, I was finally informed that I could be insured as a charter boat skipper. This was when I drew a line under my dealings with the AT and renewed my policy with the current provider. It’s difficult to criticise any body that clearly has the interests of anglers at heart, but I can only speak as I find.

Another possible valid point that was raised by those in favour of sea angling licences was that it may deter those who have zero consideration for the environment from fishing in the first place. Litter dropping, antisocial behaviour or anything detrimental to the sport could potentially be punished by revoking a licence. If examples were made of such individuals, it would certainly encourage those holding a licence to value it, consider their actions and how their behaviour could reflect on sea anglers as a whole.

In spite of all the above, there were many valid points raised by those firmly against sea angling licenses. First and foremost, the one thing that kept cropping up was the Magna Carta. A charter issued by King John (1199 – 1216) in 1215, this ancient manuscript was issued to give rights to the common man, one of which was the permission to fish from the coast with rod and line in Britain freely and unhindered. Although in principal this common right remains true hundreds of years later, it is highly unlikely to carry any weight in a modern day court of law. Crossing private property to access the supposedly free coast in 2019 is likely to bring you a criminal record for trespass, but of equal importance is the fact that local councils have the right to introduce their own bylaws that anglers should of course be aware of and adhere to at all times if they wish to stay the right side of the law.

Those against sea angling licenses regularly mentioned the fact that any licence would be all but impossible to enforce. This, I have to fully agree with. With many sea anglers venturing to far flung areas of coastline at all hours of day and night, it would be virtually impossible to account for them. The cost of the licence would be absorbed by policing this alone, rendering it useless. Along the same lines, administration costs would likely be extremely high, so it would be highly unlikely that any revenue generated would be used to benefit sea anglers anyway.

With tax paid on pretty much everything in this country, another phrase that is regularly banded around is ‘stealth tax’ and you do have to wonder if a rod licence would become just another means of extracting ones hard earned.
As I touched upon earlier, the introduction of a licence would likely have an impact on the tackle trade and as someone who is involved in this, that is of concern.

Harry Brake, MD of Veals Mail Order, recently expressed his distaste at the prospect of sea angling licenses coming in to effect during a short conversation on the subject. The reason for his concern is that if any given individual is deterred from fishing because they don’t want to purchase a licence for any given reason, it will ultimately present a decline in anglers coming in to the sport. Combine this with the ongoing battle of trying to remove young people from the screens and technology that the current generation have become obsessed with and we could have a real problem on our hands. Trying to encourage more people in to the sport is difficult enough, without taking any necessary cost for the privilege to do so in to consideration. Ultimately, fewer anglers means a decrease in tackle sales that could have a devastating effect on the trade during an already economically unstable time.

There are undoubtedly many more reasons for and against the introduction of sea angling licenses in the UK. Thankfully, for the time being anyway, it’s not an issue we have to debate or comprehend. But at some point in the future, it could be time to decide what side of the fence you place yourself. Me? I’m yet to decide.