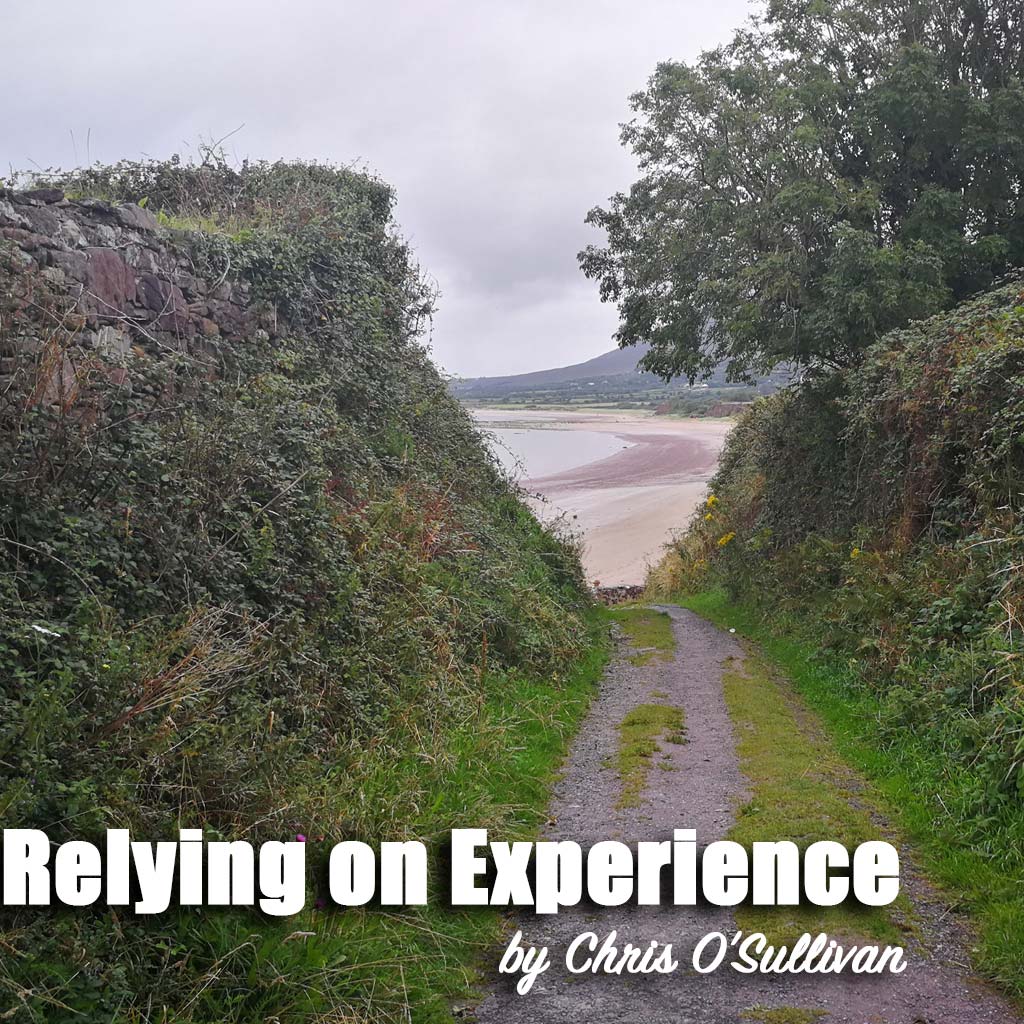 So as you will know, a couple of editions back Jansen Teakle had a very provocative article looking at angling and how it’s changed over the decades. So this is when I got the idea to try and replicate the good and the bad of angling and social Media; so a recap on the challenge. This showdown would pit old fashioned scheming against the worlds latest technologies. Experience vs the new age methods of finding and fishing a mark. Essentially I propose this challenge (which you too can try yourself over the summer).

1) Find a new mark. You must never of fished this area or venue.

2) Gather all necessary information on said venue in order to fish it successfully.

3) The experience side may use no modern tech to find the venue, its tides, species, bait or tactics.

4) The tech side may use all the apps, social media, messenger they want to find and fish a mark. I.e. they may message a local guy and get all the info they can off them, then put it into practice. The only catch is it must be a venue they have never fished.

5) All tactics are allowed. From dubby bags to drones. Stay safe and have fun. 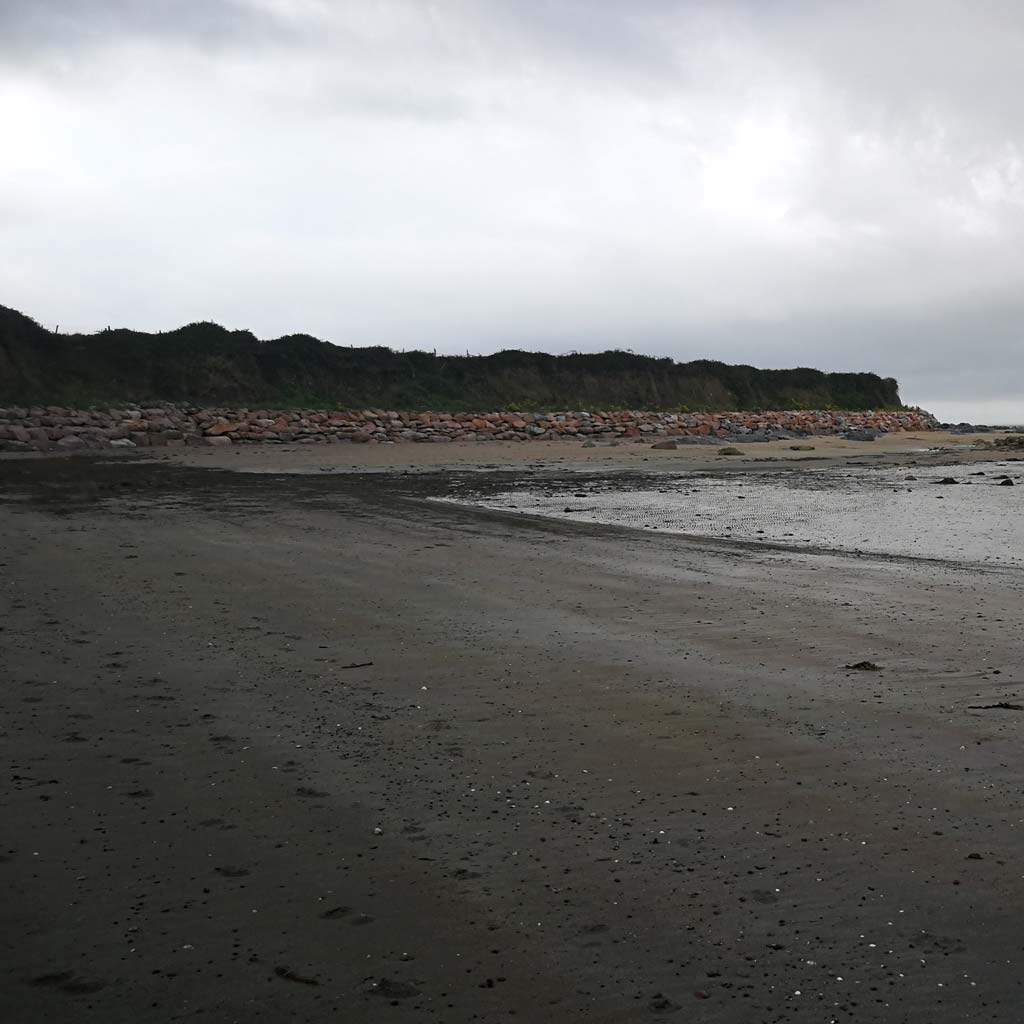 My father Connie worked with Bus Eireann and this took him all over the county when buses broke down with the recovery truck and mechanic. Often he would come home having been to South Kerry and say things like ‘I saw a spot’! This was always an exciting start to the dinner conversation. He may have been recovering an ageing school bus near a coastal community and taken a scenic route along the coast on the way there. This is how we found many of the marks we tried before the rise of the Internet. The next thing would be to try figure out what species would be there and what the ground would be like. Bait was simple to organise as all we used was lugworm for bass and mackerel for dogfish. It was simple fishing but it was great fun.

With these memories at hand I had to ignore the urge to use the tech available and just go and do the legwork. My plan was simple, drive down the roads that lead to the beaches/rocks around Tralee Bay until I saw a place that tickled my fancy.

After some wasted journeys I finally came across a likely looking spot, I had seen a sign for a house for sale and decided to have a look. Down this narrow country lane I came across a church and fantastically manicured gardens. I knew I was close to the shore so I pushed on another bit to a small car park and the unmistakable sound of waves. Naturally enough I jumped out to go have a look and straight into dog mess… Great start!

What greeted me and my newly smelly trainers was interesting to say the least. A sandy beach with rocks on the left and a river with a small outcrop about 600m to

the right. A mini bay if you will. It was about an hour to high tide by my reckoning so I couldn’t see what the sea bed was like. This would be the new spot to try. I was

about to reach for the phone to check the tide times for the next low water when I remembered the rules. Home for the tide book it would have to be. Saturday at noon, a lovely low tide to come and explore. 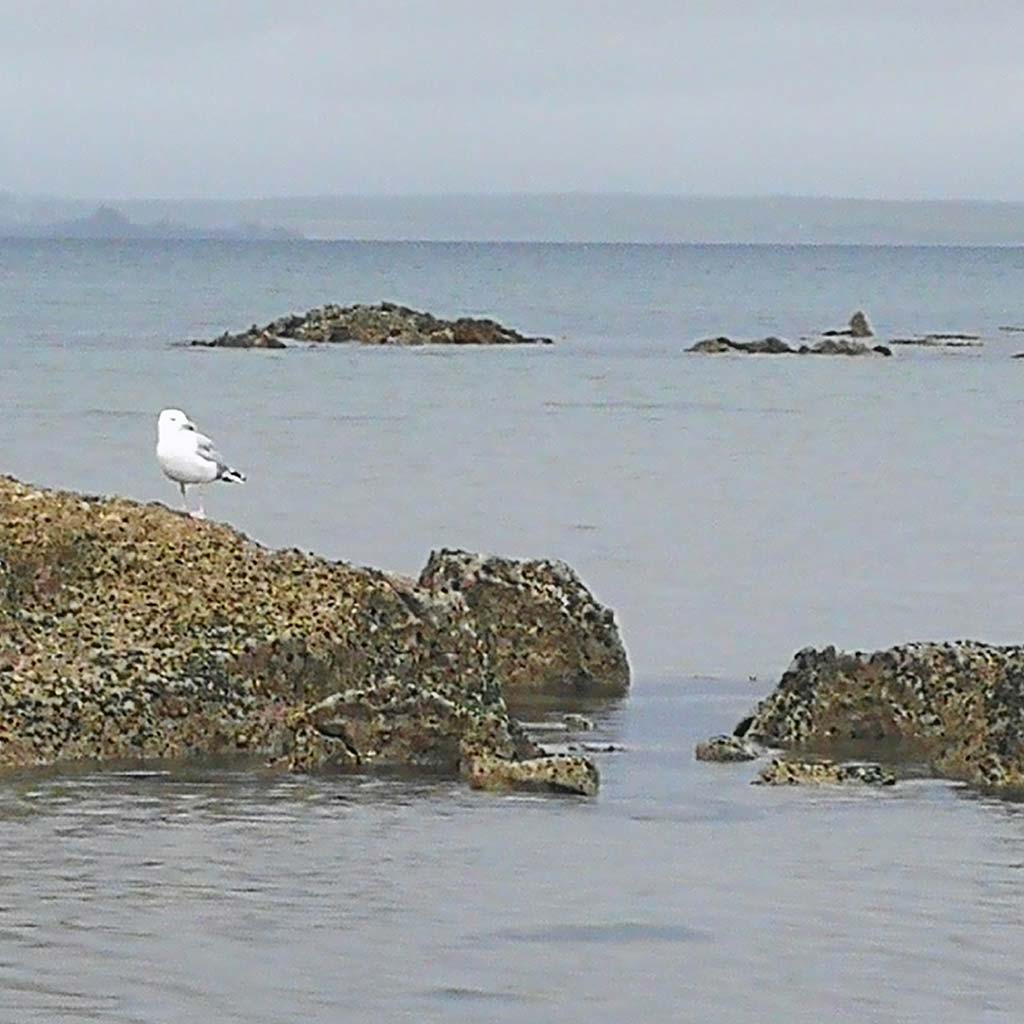 The reconnaissance mission was disguised as a romantic walk and we were off. As I suspected there was some considerable rocks to the left and a fair build up of sea weed telling me the bait would gather in this corner when washed in. Upon further inspection I noticed a fair number of lug markings. This new information sent the mind into scheming mode. I was thinking baits…. The availability of lugworm meant that was definitely on the list it looked a place where it would be possible to target bass. They often like to hunt along the broken ground into sand which might throw up some flounder too. The more I looked the more I liked what I was seeing. The feeling that there might be a ray and dogs here too meant sandeel and some mackerel would be definitely on the bait list too. As the tide dropped fairly substantially to uncover the sand banks I decided to try and fish it over high water.

My thinking behind this was as follows. Fishing down to low water would leave me mostly fishing into very shallow water while chasing the tide out and then running back from it on the start of the flood while still fishing into the shallow water. I also surmised that the fish would need a bit of time to find their way into this area from the outer bay and that some extra water would help this. The back of the beach is lined with high trees and I would be fairly close to them come high water.

Experience told me a calm night here would mean midges and plagues of them. Jungle formula would also be packed in the box. Recon complete it was time for an ice cream then onto rig scheming. The approach would be twofold. One rod close in to try avoid the blank and one at distance to try and pick up something worth talking about. So 3 hook flappers and 2 hook loop rigs is what I settled on in the end.

Tralee Bay does not experience a whole pile of tide run in general so leads would be down to my own preference. I’d be using 6oz plain and breakaway on the

big rod as I find this is what casts best with the set up. In close would be a mixture of leads in the hopes of picking up some flats and bass. 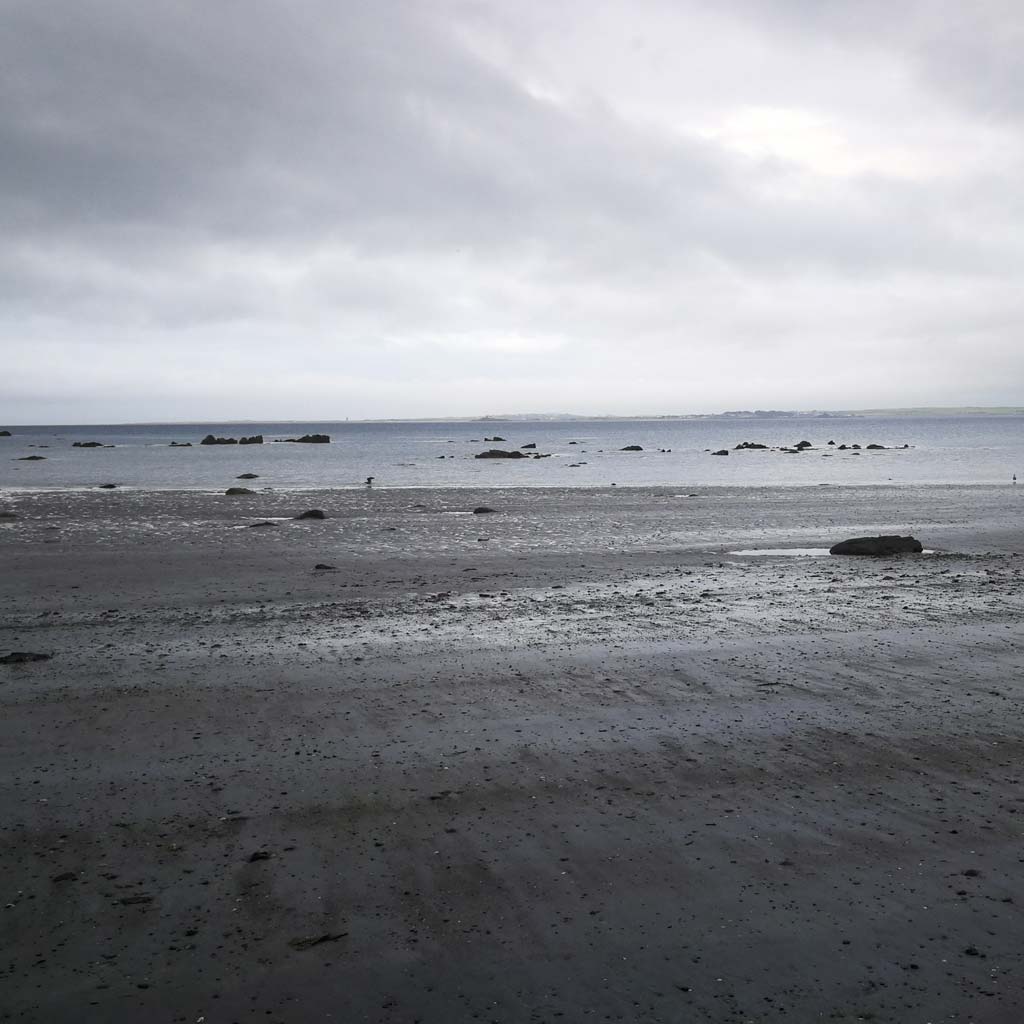 I arrived nice and early to have a second look at the area and choose my spot. As before, there was plenty of weed gathered on the left side of the bay but very little

anywhere else. I brought out the gopro to do some filming before the weather closed in. Like always I had left it late and was less prepared than I had hoped to be but at least I was out and fishing a new spot. As I was wandering around to see what I was about to be fishing into I saw a number of small Flounder dart away in the shallows then a bit more commotion on the surface. Possible garfish or mullet I have to say. I was willing the tide to push in so I could get fishing. It was then I met a couple out on a walk. He said that he was a regular swimmer at the beach and often brought the snorkel too.

He then confirmed what I had been thinking previously about the left side of the beach holding the most fish. Bass and huge black rays… Wait.. What? Yes, huge black rays he repeated. Stingers… By his description I was guessing 20lb + easily, if not bigger. My thinking of small fish had gone out the window and would only return if things were quiet.

I set up with a strong 2 hook flapper with size 1 gamakatsu hooks baited with freshly blast frozen mackerel. The second rod was now promoted to the sandeel rod for rays and dogs. After the success of last months adventure I was very confident. Weather was over cast, the water was a bit clear but not bad and the tide was pushing nicely. The baits I had brought along were frozen Welsh black lug, sandeel, mackerel and a handful of maddies (just in case).

I flicked the stinger trace into the left where there was a patch of sand among the rocks and fired the other one about 70 yards just shy of a reef I had been eying up. As I said confidence was high. I changed baits regularly to keep the scent going but to no avail. A different tactic was needed… Off came the trace intended for Stingray and on went a delicate flounder trace with blacks and maddies for bait on size 8 hooks. This was intended to break the duck but unfortunately failed.

Not to worry, I had more tricks up my increasingly wet sleeves. I abandoned the loop rig for an urfe garfish rig that had never left me down so far… Blank, by now I was getting frustrated. I had tried for stingers, dogs, painted, garfish and flounder. The tide had hit high water and the showers had become heavier. I was starting to panic and scratching my head to figure out what to do. Still the blank casts repeated and that awful feeling of inevitability took hold. I was going to blank. I had been so proud of this unspoiled mark I had found and now it was kicking my ass. 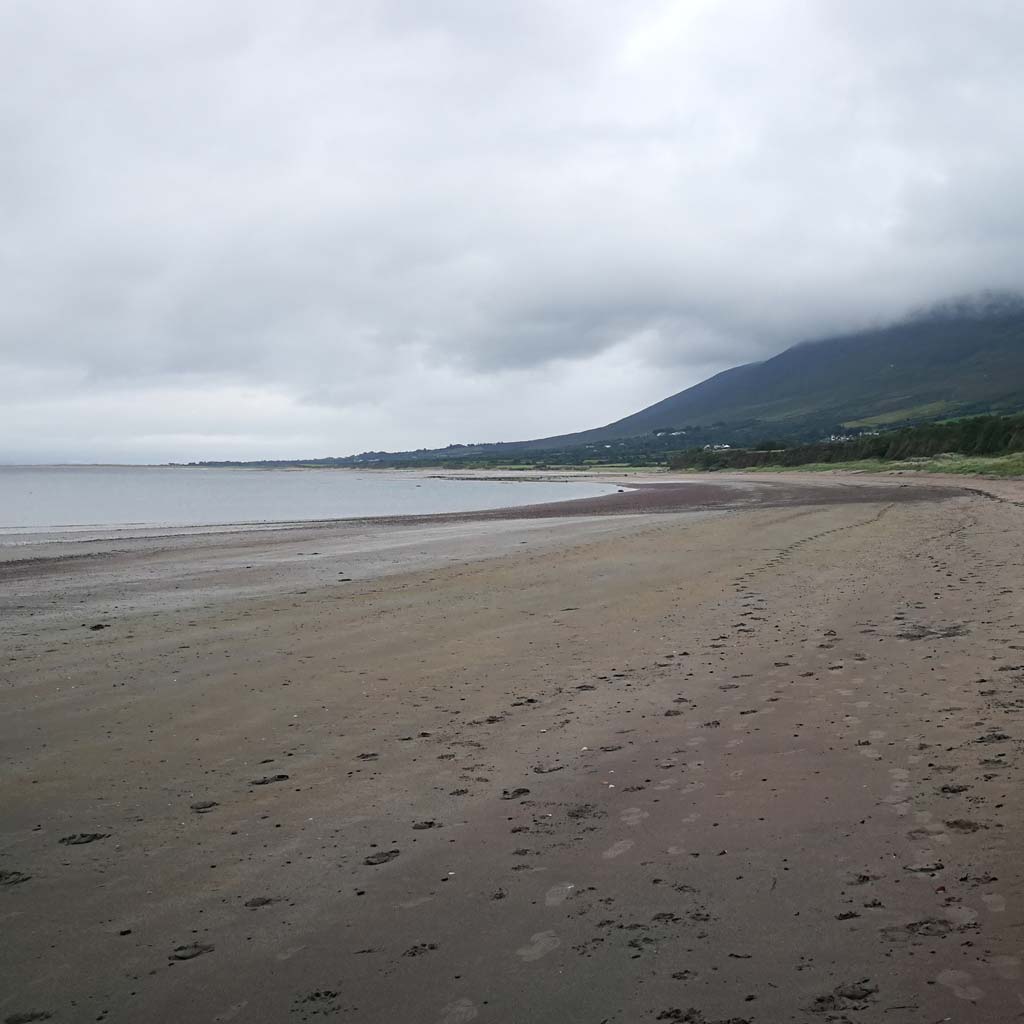 By now I was pretty soaked, pretty miserable and pretty hungry… I had never been so pretty! Last roll of the dice, into the box I went one last time and withdrew my trusty mini wrasse rig. This has served me well in many competitions and days when I had lost hope. I baited it carefully with the last of my maddies waded a bit further than I should of and lashed my last cast into the reef. As I set about clearing up the other bits I ran through excuses, bad weather, not feeling well, tired from work. They were coming too easy, then a nibble. Surely the wind. Another, then a continuous bout of nibbles. Tentatively I lifted the rod and began to retrieve. I’d like to describe a monumental fight but it didn’t happen just a slow retrieve that resulted in a beautiful little Corkwing wrasse.

I could of taken loads of exotic photos and made up for the poor fishing with better images but this little beauty deserved better. 1 quick snap and back it went. Four long wet hours for 1 Corkwing wrasse. Seldom have I been so relieved.

It would of been easy not to document this session. Across the way some lads I know through Facebook had landed 15 rays between them from a spot I regularly fish. That wasn’t the challenge though. In truth I had been weeded out earlier in the month at this exact location but came back for another shot. I didn’t have the red letter day I thought I would but there will be other days like that. In the 4 hours I was there I didn’t think about life or the job I just took on the sea. This time I lost the battle but the war continues. 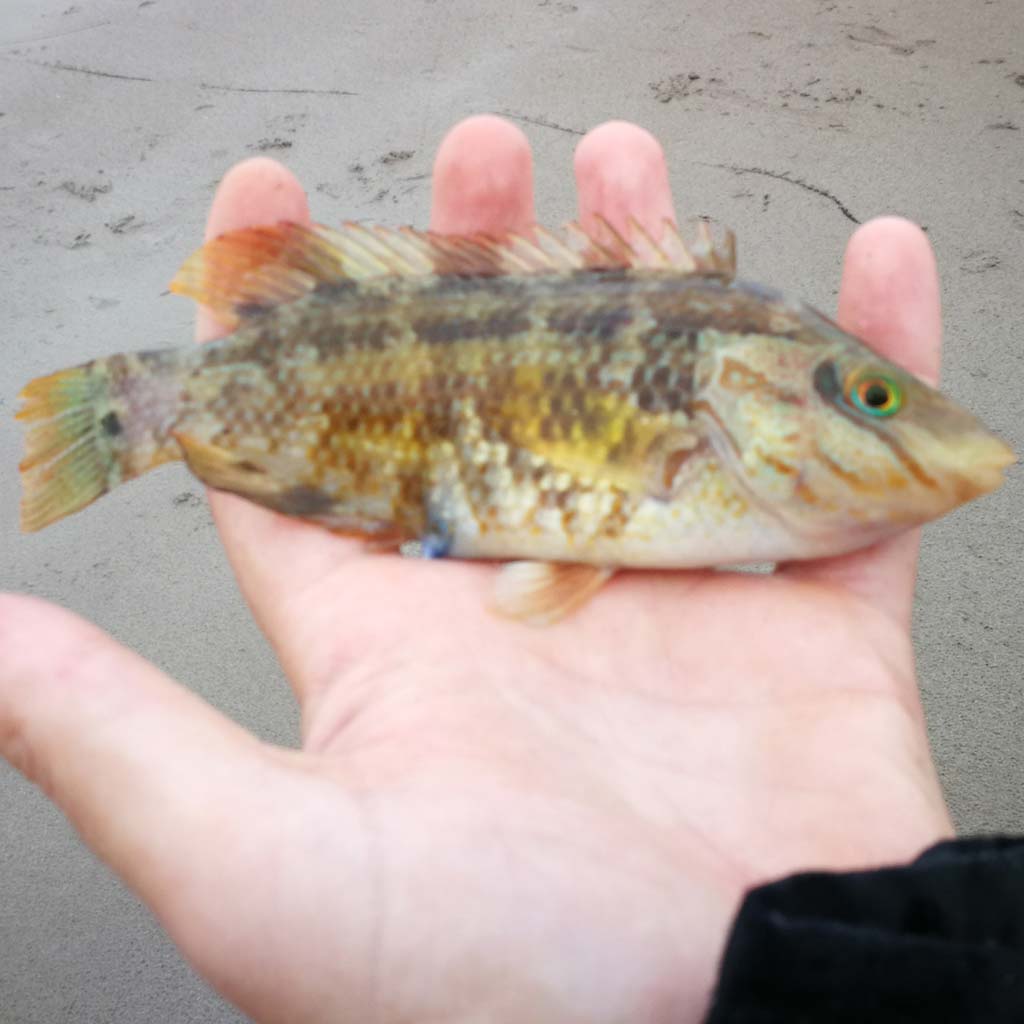