Menu
PrevPreviousCome fish with me 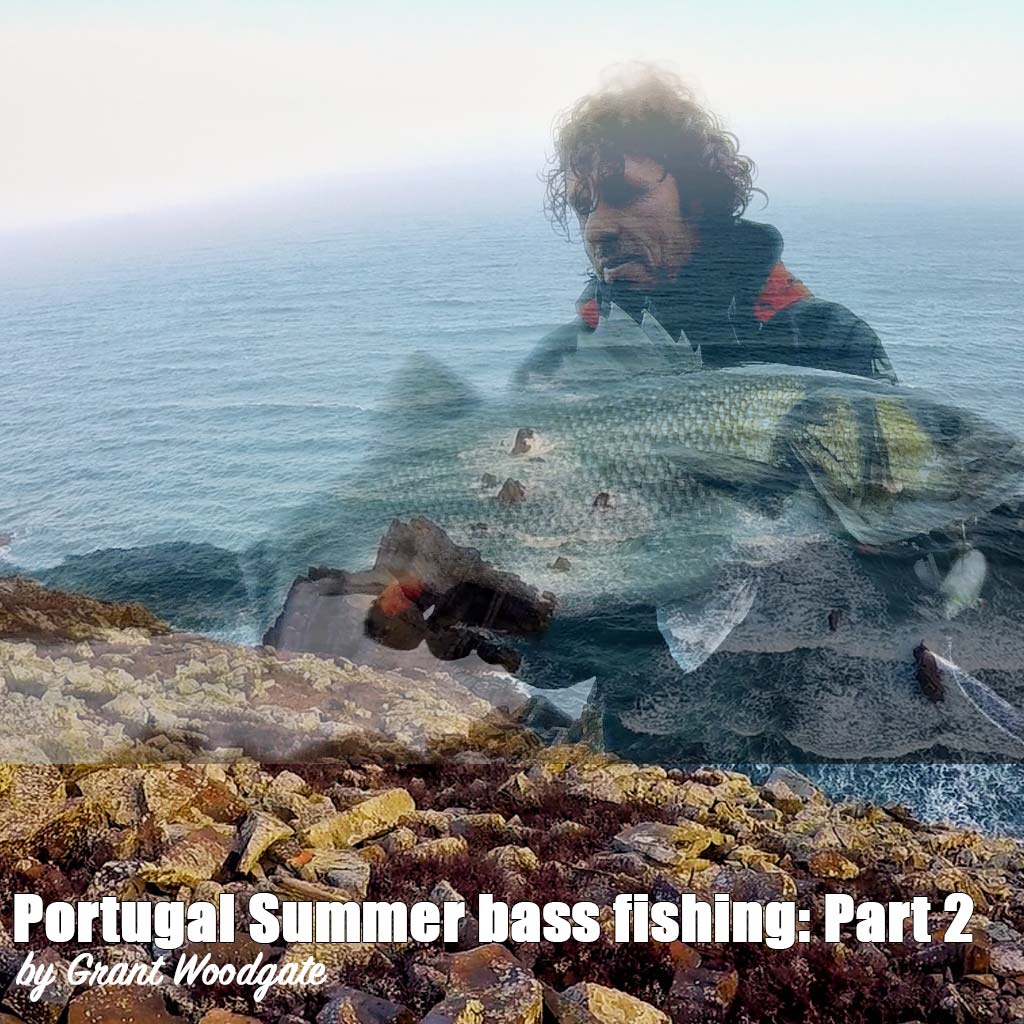 The first part of the summer holiday had been great fishing and I was very happy to have hooked into a nice double figure bass, which is certainly not common in Portugal over the summer months! I’ve experienced summers in the past that are very quiet with hardly any bass around, and felt anything more would be a bonus, and whilst the strong summer north winds can often make it feel like winter fishing out on the rocks in the early morning, the fishing is rarely as good as the real winter!

So it was a big relief when the winds finally relented and the swell began to drop.

This meant I could access a few other spots better suited to calmer conditions.

The west coast of Portugal is rarely completely flat, but the smaller swells can be ideal for working lures over shallow ground. This is certainly my preferred method of bass fishing, concentrating on the fishing instead of having to look over your shoulder for big sneaker sets that could easily wash you off the rocks… even if past videos may suggest I like it a bit rough on the rocks! 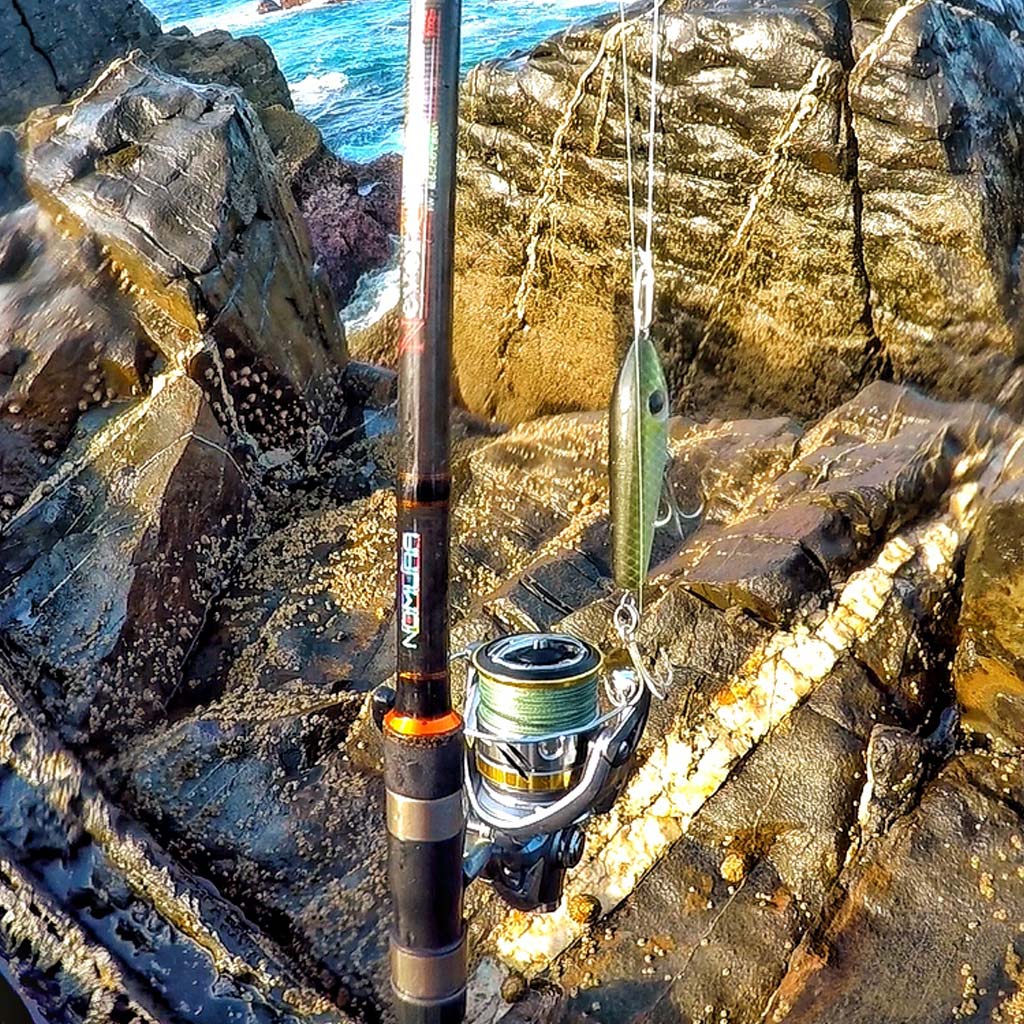 Although the swells were up and down a bit, it stayed generally smaller and I was able to have some really fun sessions taking advantage of the 1 metre swells. There’s not a better feeling for me than arriving at a spot when it’s still dark, with great conditions and a strong sense of expectation.

For this fist session I had checked the fishing report which was giving a zero rating out of 5 for the day! That certainly wasn’t going to put me off as I generally only use it when it’s saying 5 stars to convince my wife that I really need to fish that day!

After casting lures in what looked like ideal conditions I was surprised not to get a take during the first 30 minutes.

With the tide coming in, I knew there was still a good chance of bass moving up, so undeterred I continued splashing a 50g Lure enticingly across the surface expecting a bass to smash it at any moment. Eventually I decided to change for a Sub Surface Tweak bait with a mullet air brushed finish, which is a new option and one I was keen to try out.

Just a few casts later and I had a hit! Unfortunately this one slipped the hook, but next cast and I was on again!  A nice bass and I was happy to go home not blanking. But that wasn’t the end! In just a few more casts I was in to another bass!

Then just as I was bringing my lure through a rocky section I saw a big bass give chase to my lure! In a split second I was on with the rod bending over hard I felt the rocks scraping on my leader as it headed down. 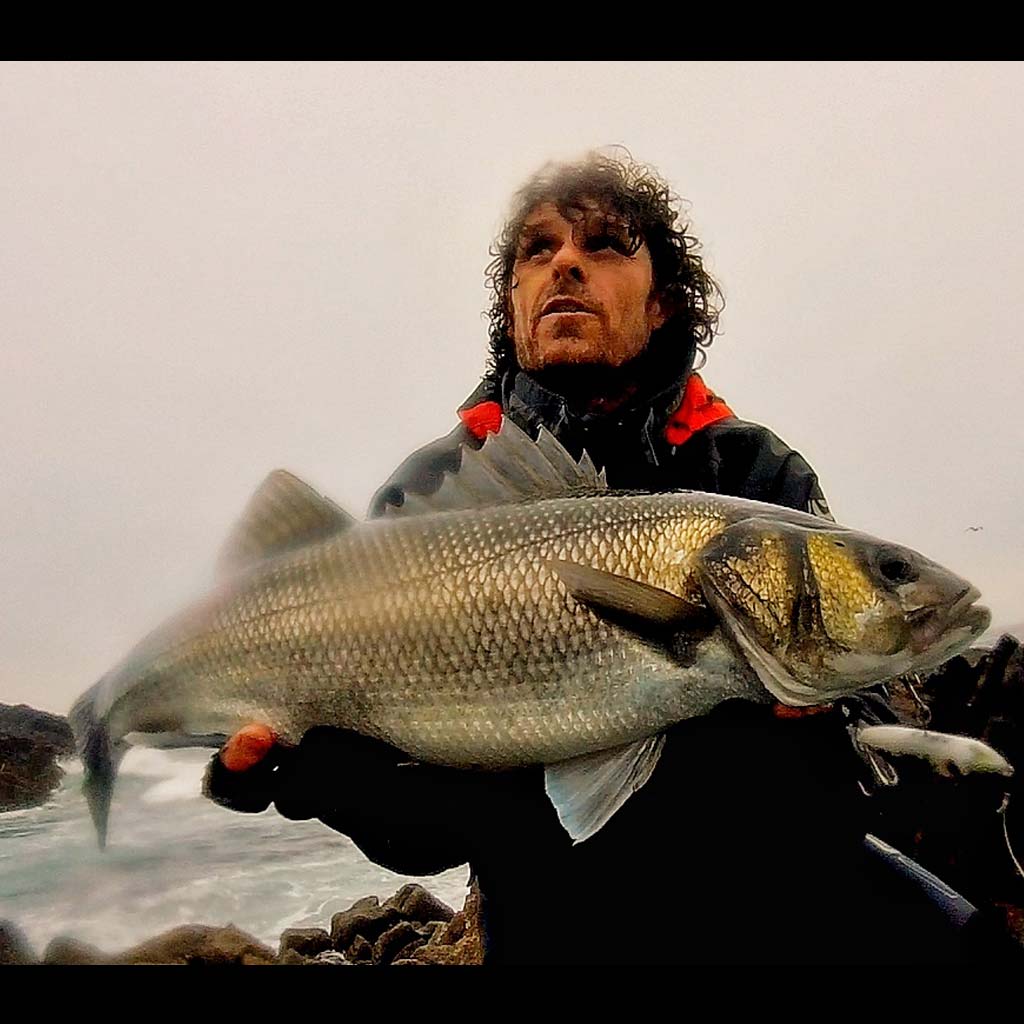 Fortunately, although the leader was scraped up badly, it held, and I was soon holding a lovely bass thinking what a day this was turning out to be! I was left wondering what had happened? Was it the change in lure colour that was responsible for the hook ups, or was it just by chance that the fish had turned up at that time, with the incoming tide? Well I will never know, and it’s certainly one of the things that attracts me to fishing, you’re continually learning and never cease to be surprised.

With the advancing tide I was forced to move back to another rock. With a couple more schoolie sized bass and a nice medium sized fish on the mini candle 25g I made my way back to the camp for breakfast with my family and a big smile on my face!

I still hadn’t had the chance to use any lighter lures around the 15g range. So when the wind and swells finally dropped down enough, I couldn’t wait to give the latest addition to the Samson lure range a chuck! The 15g mini candle is a pretty subtle lure and could easily get swamped by the bigger swells, but with good conditions I cast expectantly over the shallow rocks, watching it wiggle enticingly along the surface. 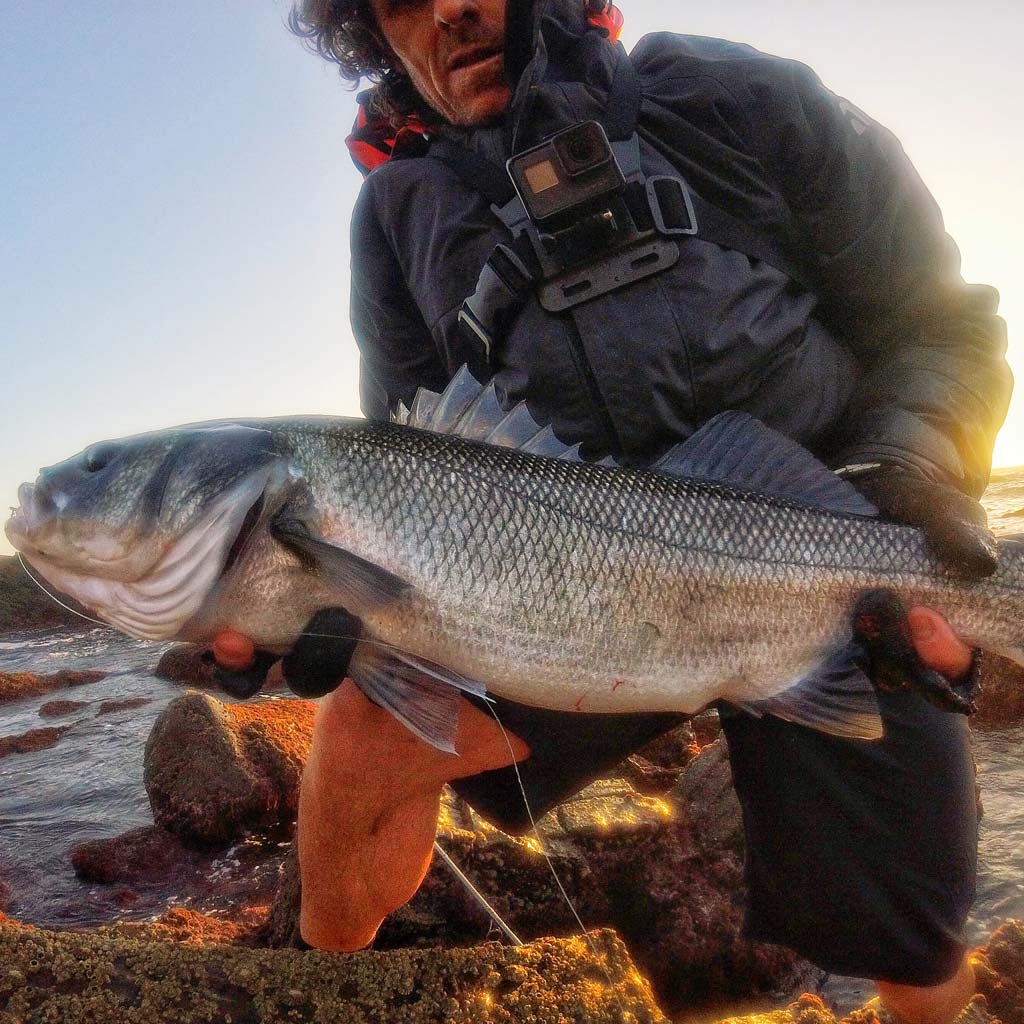 This type of fishing is without doubt my favourite form of fishing, so when a bass came up to smash the lure off the top,  I knew I was in for another good session!

With conditions remaining small for 2 sessions, I took advantage and managed to put the new 15g to good use and had some of the most enjoyable fishing of the trip!

The highlight of it all came when again fishing surface lures,  a lovely double figure bass smashed into the Enticer Minnow! Seeing the surface explode, the rod bending over and you knowing you’re into a good fish is definitely what keeps you coming back!

Not only had the fishing been awesome this summer, but I had enjoyed a great family holiday teaching my boys to surf and having a fun session with them catching Mackerel! It shouldn’t be too long before they are joining me on some bass fishing exploits! 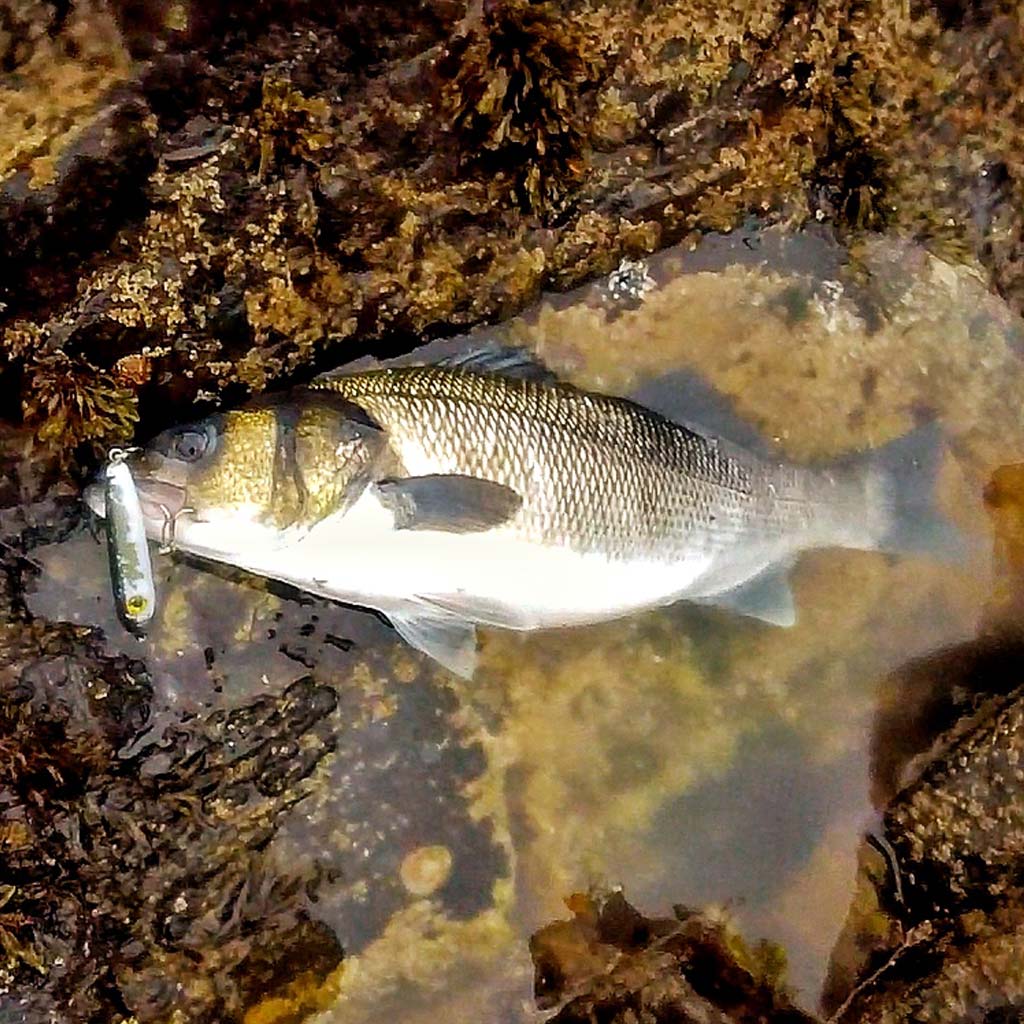 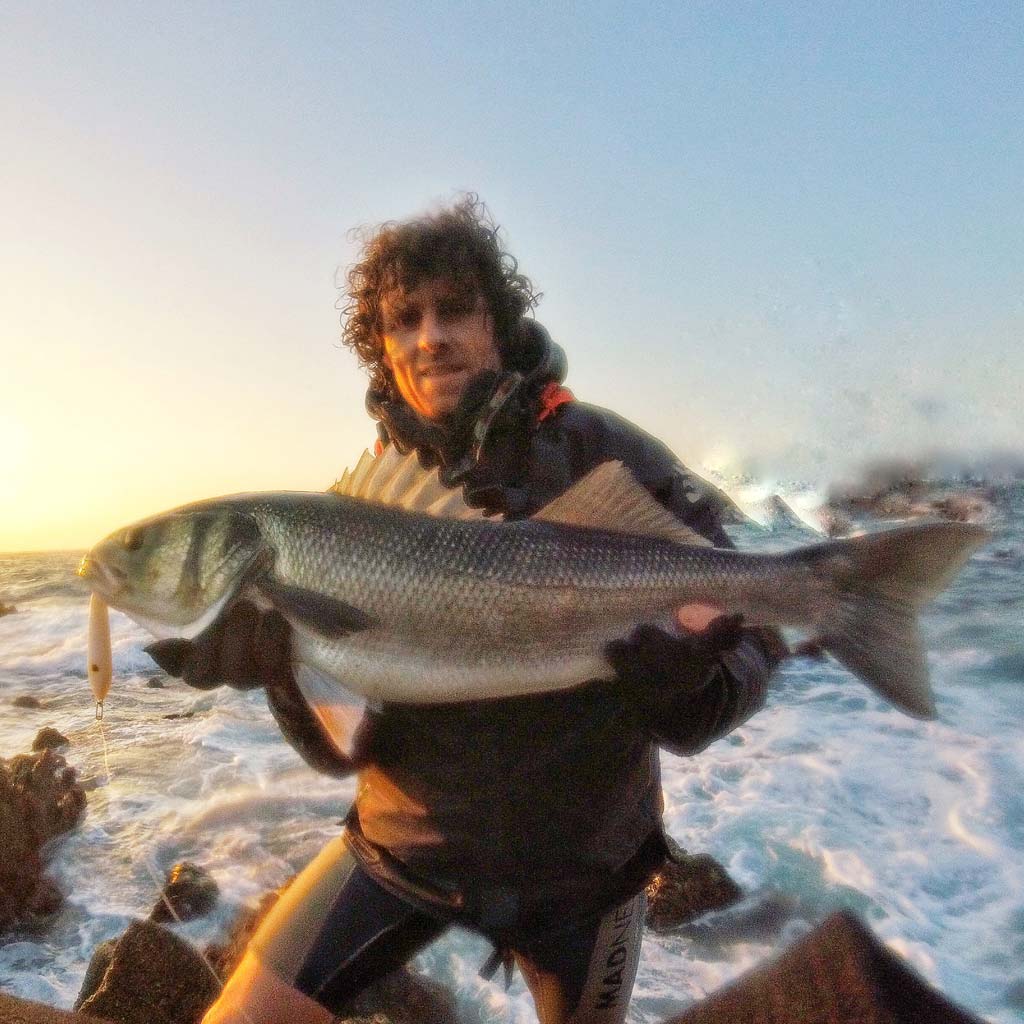 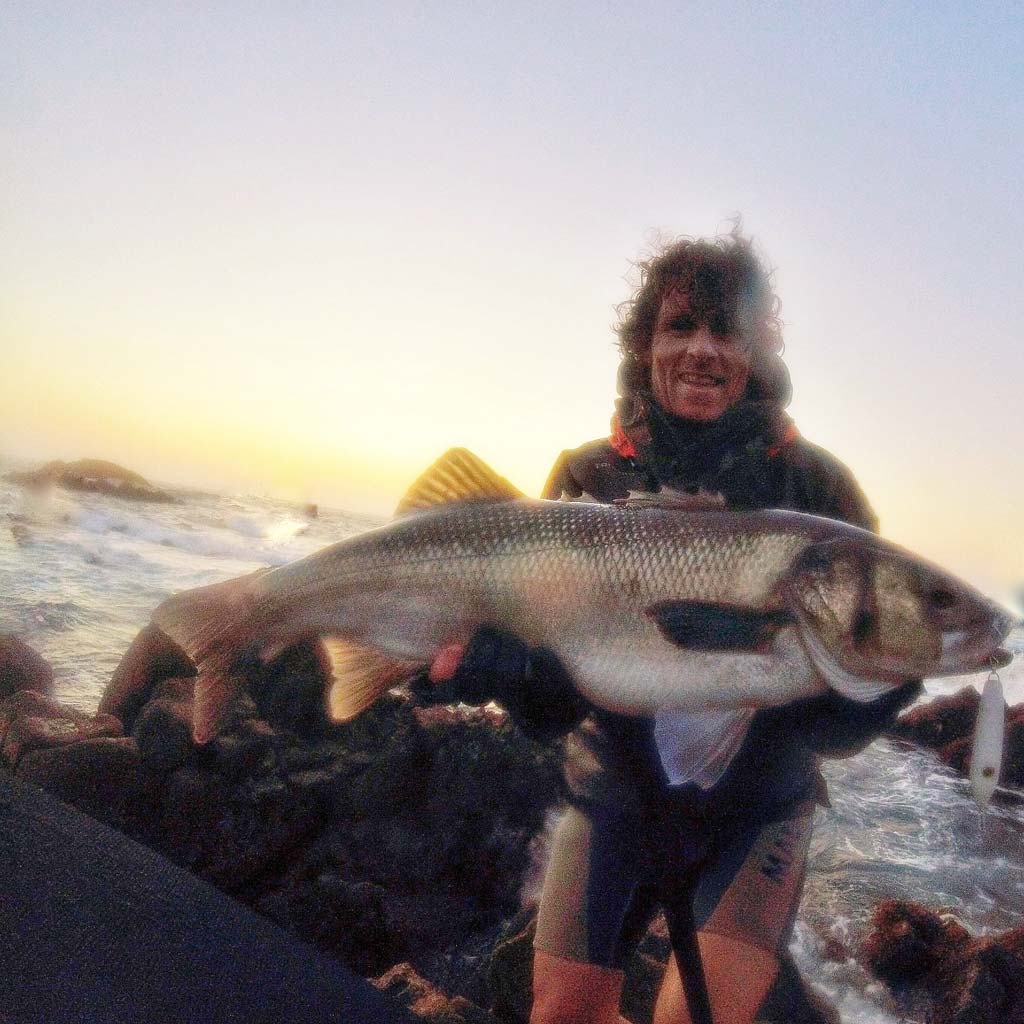 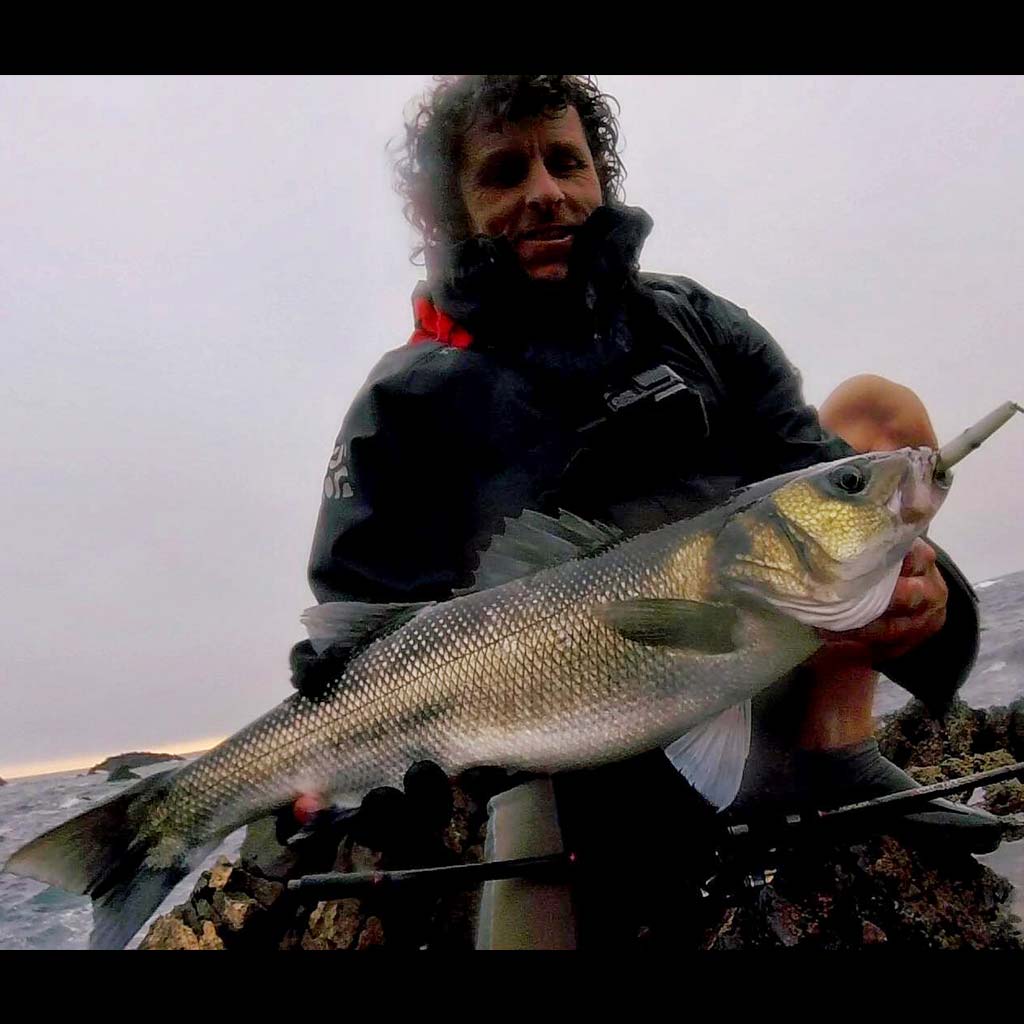 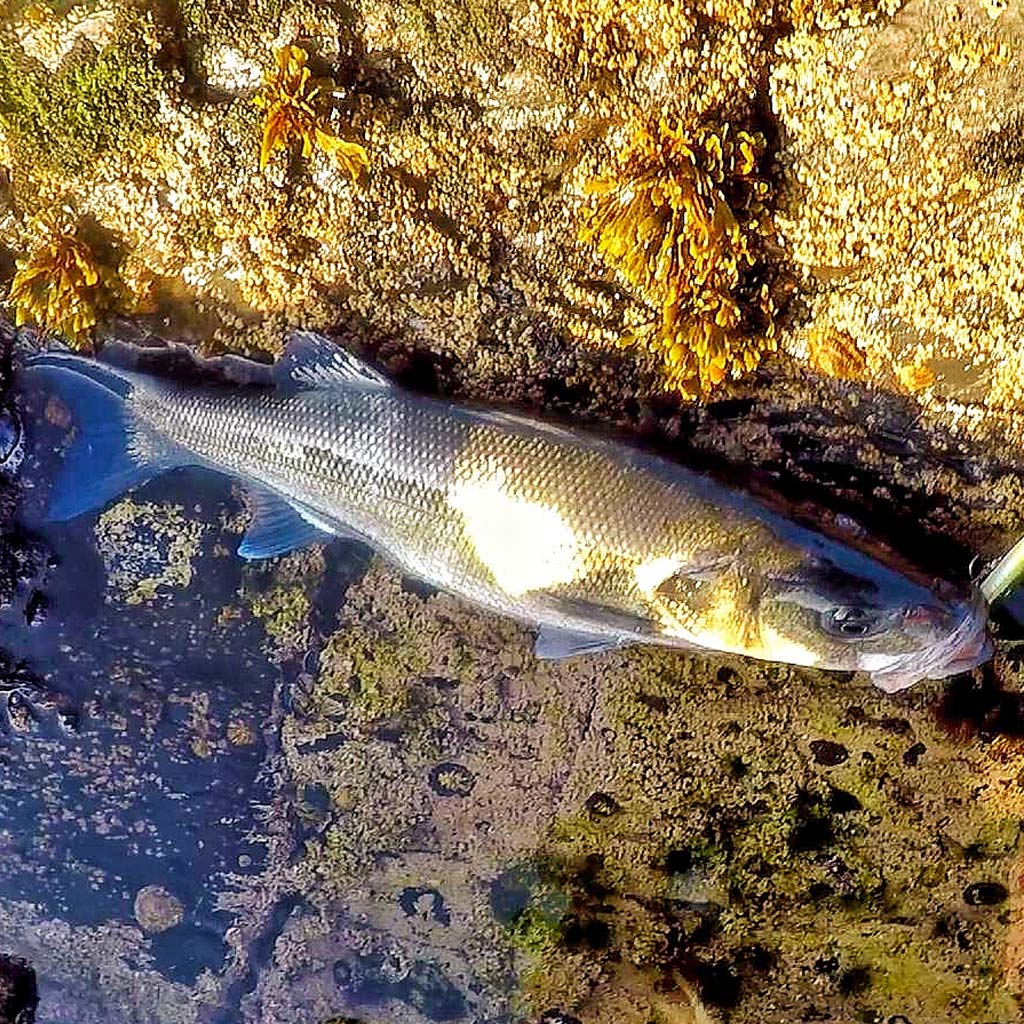