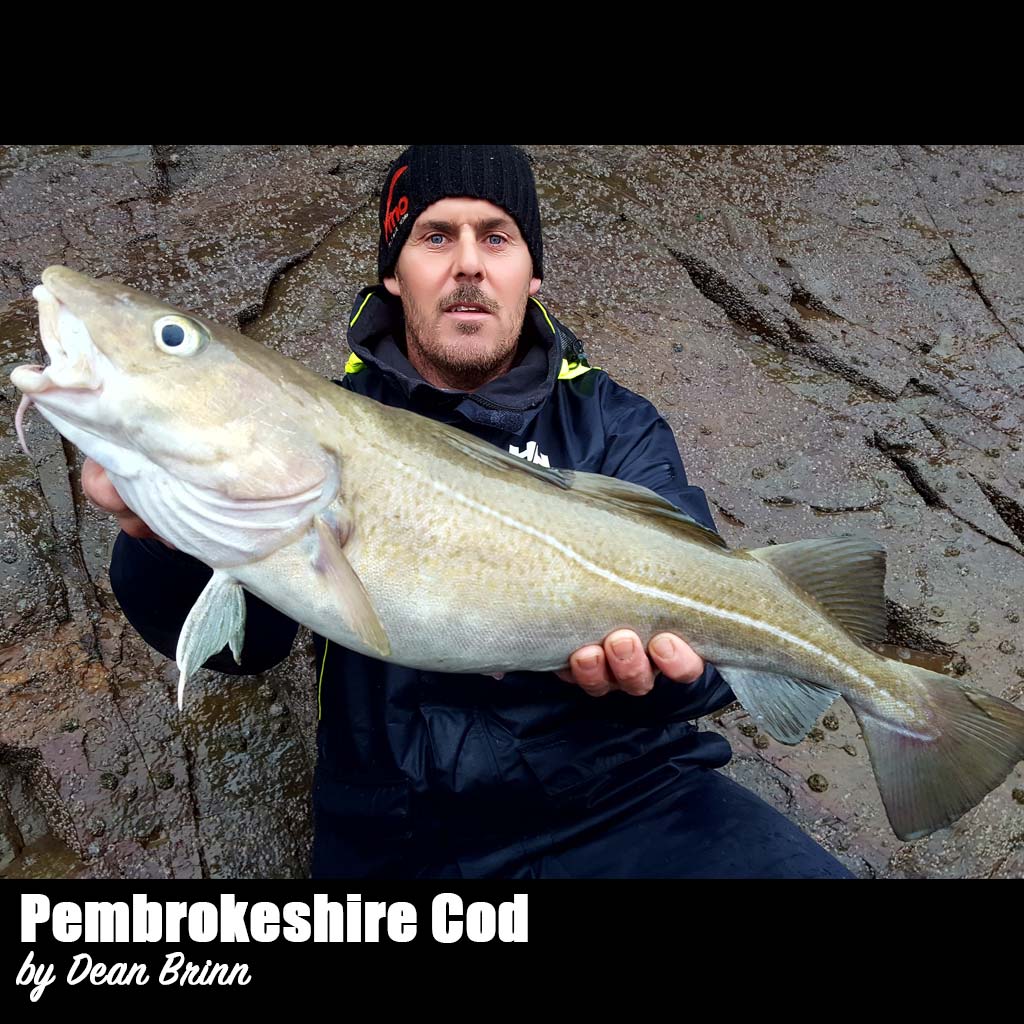 I’ve been fishing Milford Haven in West Wales for my whole life and one species that’s always been on the radar at the right time of year has been cod. In UK water’s, it’s hard to think of many if any better places to target them, with both a good number of fish and some good specimens to be had too.

The haven seems to come to life for cod any time from October onwards, when the temperature really starts to drop. It’s produced some crackers for me over the years with my best falling agonisingly shy of a double at 9lb 12oz and the rods are always kept busy with stamp fish in that 2.5lb to 4lb bracket. I’m sure I’ll get my double from here one day, and whilst the Bristol Channel or Chesil may be more renowned for such specimens, there’s a certain satisfaction in achieving targets in home waters.

Whilst the first few runs of fish in October are always encouraging, it tends to be the first flush of herring into the haven around November that brings the bigger fish with them. As the herring move up the haven to spawn, the cod are never far behind. Its not just the herring that garner the cod’s interest once they are there though, as the haven is a fantastic larder of food, with no shortage of shore crab prawns and hermit crabs in particular. It’s amazing that every cod caught is stuffed full of hard back crab, which we rarely consider fishing with other than for wrasse or if the hounds are feeding very well. In fact, a few times they’ve been tried for the cod locally with absolutely no success! The local natural bait that does seem to work is prawn! A pair of these back to back is an absolutely brilliant bait, whilst the hermit crab also works but is a bit harder to collect in numbers. 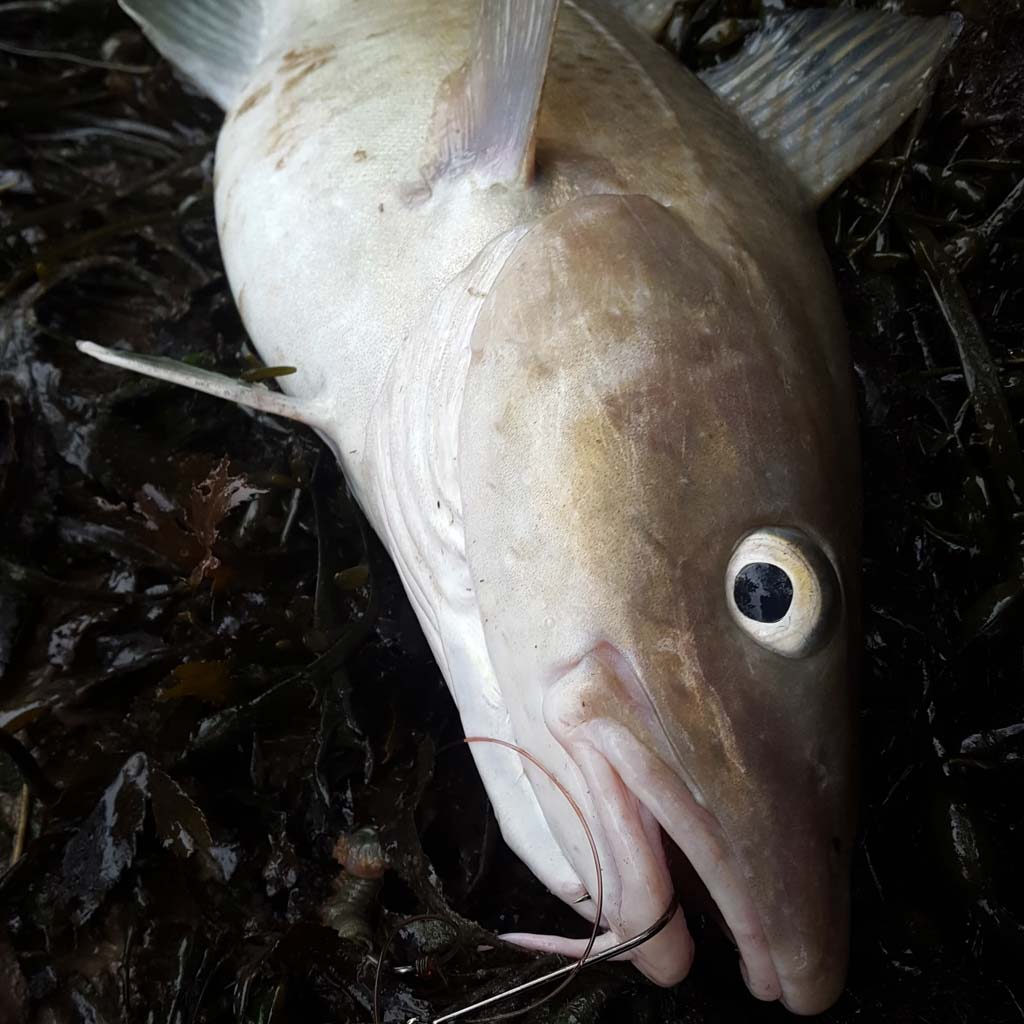 I have fond memories of fishing the haven for cod from a young age with my Dad. It was the early days of watching him catching cod that properly got me hooked, though it is now abundantly clear that there were better fish around in those days. One mark sticks in my head, where I’d watch my Dad and the other men banging big casts out to find the fish, as every yard seems to help on this mark. I used to think, I’d love to cast that far. Fortunately, as the years went by and I started to grow a bit and get some vital strength, I found myself getting in amongst the fish too. With it, my catch rate went up and it was rewarding to have worked on something and reap the benefits. It also meant I stopped losing gear chasing the fish here, as the ground cleared up further out. In close it’s a proper tackle graveyard, where we’ve witnessed cars and all sorts go in there… nice for the eels, not for a young lad who can’t clear it with a cast!

The other element that I’ve developed in my cod fishing over the years has been my rig approach. As a standard, I used to use 3ft pulleys. It’s a bit of an average go to rig for most and a fair starting point to go with before refining to work out what works for the areas you fish. Eventually, I’ve found myself using 12inch pulleys and the catch rate has shot up as a result. It certainly prevents snags in the rougher ground, but I believe sets the hook on the cod quicker too.

The bigger change I saw to my catch rates came from an even simpler adjustment. I started fishing a single glow bead above the bait. My catches went through the roof, so I kept this to myself for many a year, a little advantage I had over my friends as we were growing up! 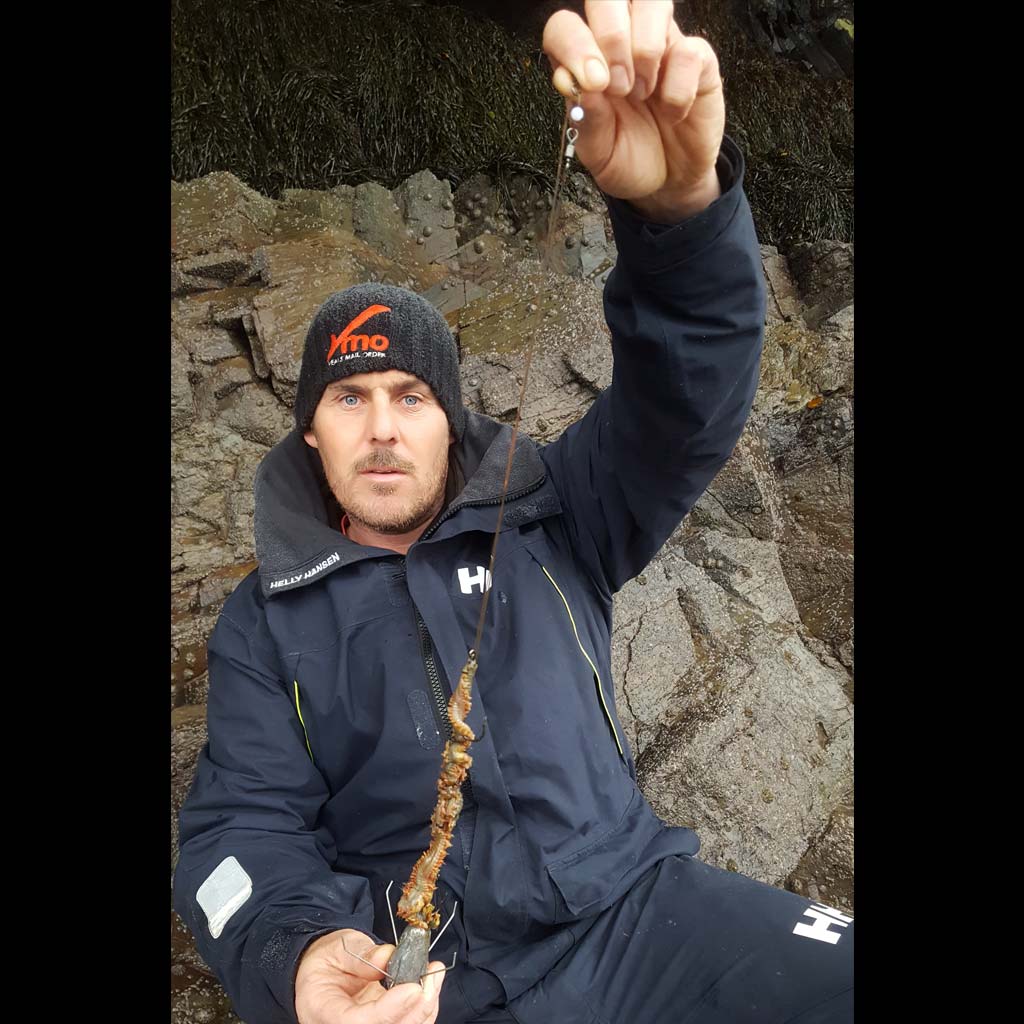 I still found myself struggling when the tide would be flooding hard, so I continued to play around with rig options to solve this and keep the rate up. Eventually after many tweaks I was using a version of what now most would call the pulley dropper. I found this pinned my bait nicely to the seabed on the flood and it started to out fish the short pulley that was still a great rig in less tide flow. It really does pay to make notes of all of this over the years, as such subtle changes can make a big change to catch results. 24 years on I’m fairly settled on my rig choices for the cod, but am still never too old to learn a new trick or two!

It was days spent cod fishing in the haven where most my friendships came from as I was growing up. There were a lot of easy and comfy marks to fish at that age, whether it be on the pier, or straight out the back of the van in the cold winter months, a cooker on inside it making a hot drink and cheese toasties! They were great memories, sheltering away, keeping warm in conditions down to -7 but determined to fish on none the less.

I remember as I got a little older meeting a group of four young lads, about 16yrs of age, that bought back some memories, as they themselves were out in the pursuit of the cod as a group of mates the same I was doing at that age. Like me and my mates there were absolutely as keen as mustard and eager to learn, so I was only too willing to give them a few pointers and try and help out with their efforts. That was some years ago now, and they are all now cracking anglers in their own right and have become good mates.

When it comes to fishing the haven, there are a lot of people that will say it’s not worth fishing for cod on the bigger springs, but truth be told this is when I’ve had my bigger fish. On the local scale, something like a 7.2m is a big tide, though Bristol Channel anglers would find that tiny, it certainly causes a lot of tide movement in the haven. You certainly need to be geared for these tides, an 8oz lead being required, a good bow of line and cast up-tide, but it’s not too tricky and cod generally, no matter where you fish for them, love a tide run. A session I remember well on the biggest of springs produced two 8lb cod for me alongside a couple of 6lb and several in the 4lb bracket. If I’d have taken advice from others as gospel, I’d never have fished that tide. So, always try things out yourself as well as being willing to learn from others. 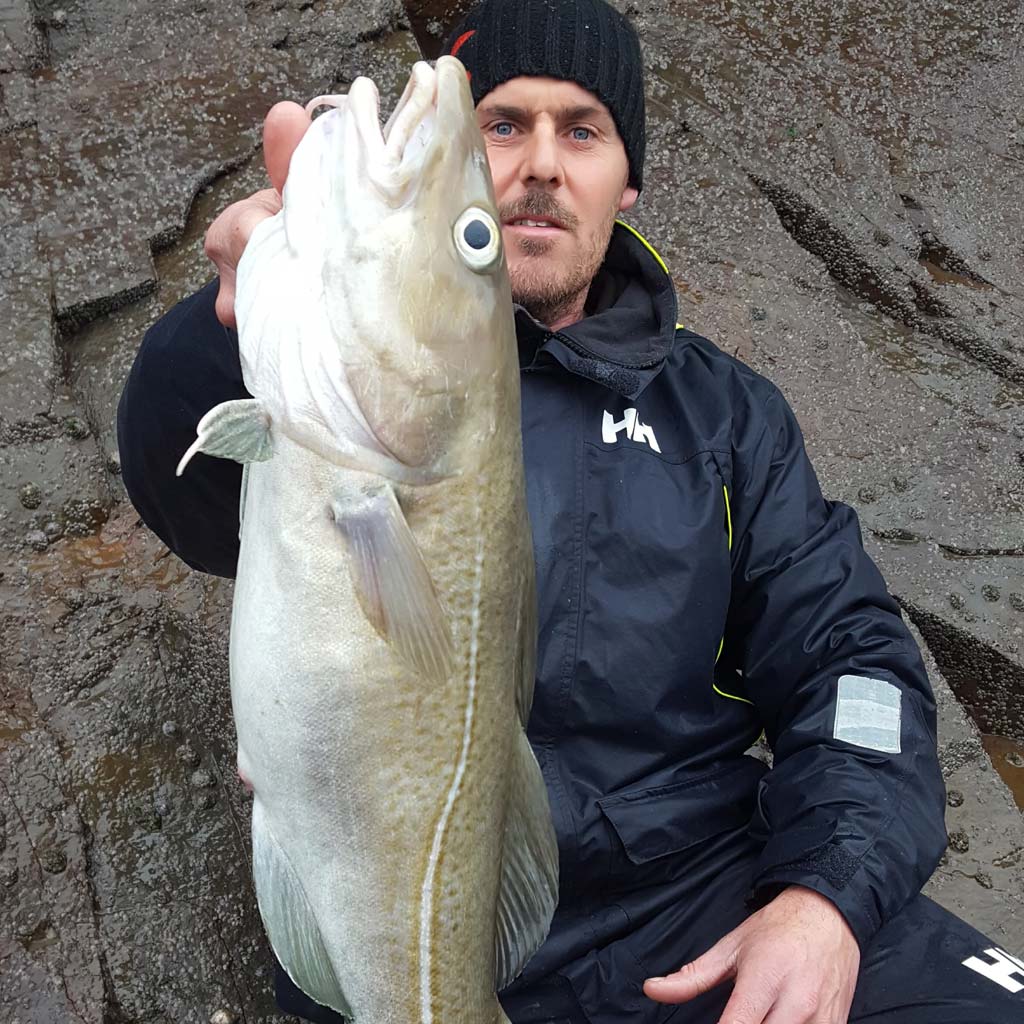 With all this history of cod fishing in me, it’s actually been 5 years before I did it with any seriousness or hours. My mind had been focused on other species and targets for a while, most notably a tope, and with other commitments the cod fishing had been sacrificed. Getting back to it this year has made all the great memories flood back though and I’m really excited about the season ahead.

The first few sessions have shown nothing has really changed in the 5 years I’ve been away from the species locally. The same old rigs are doing the job, the glow bead continues to prove vital and the general stamp of the fish is the same. This was shown by a number of 2.5lb – 4lb codling in my first session. The biggest of the fish actually coming on a short lob into a close in gulley, which goes to show that distance is certainly not the be all and end all on every mark, thus ground allowing, it is always worth splitting the tactics between two rods.

Fingers crossed for a great cod season, where I’d love to better my haven PB by just 4oz locally. To get a double on home turf really will mean a lot. 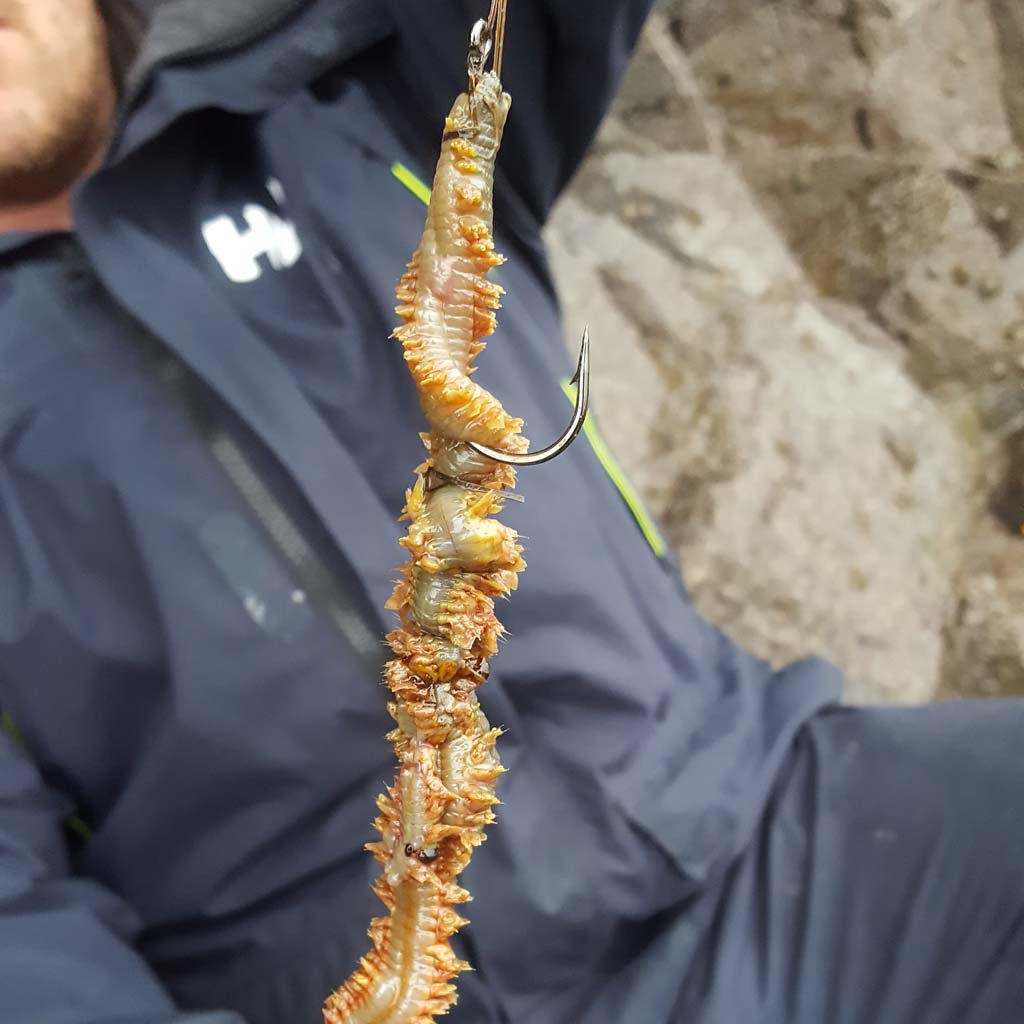 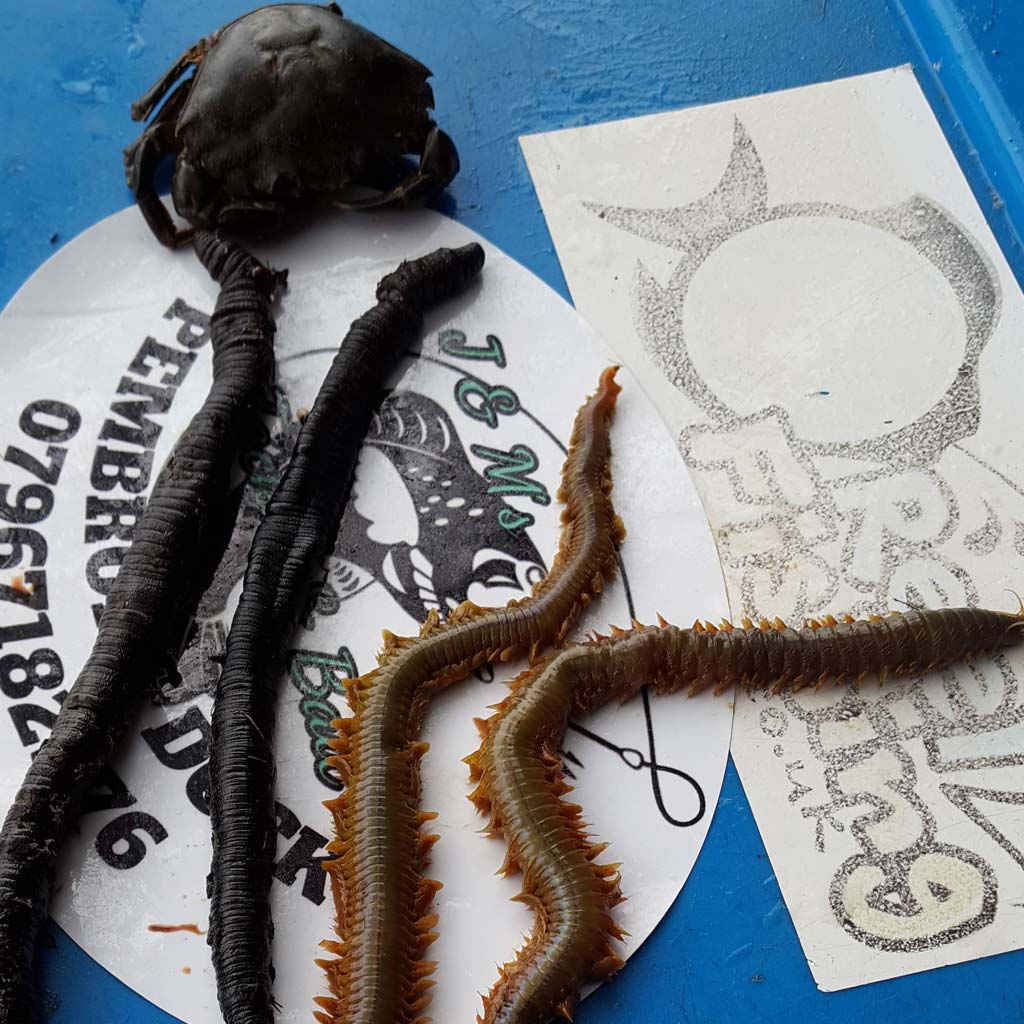