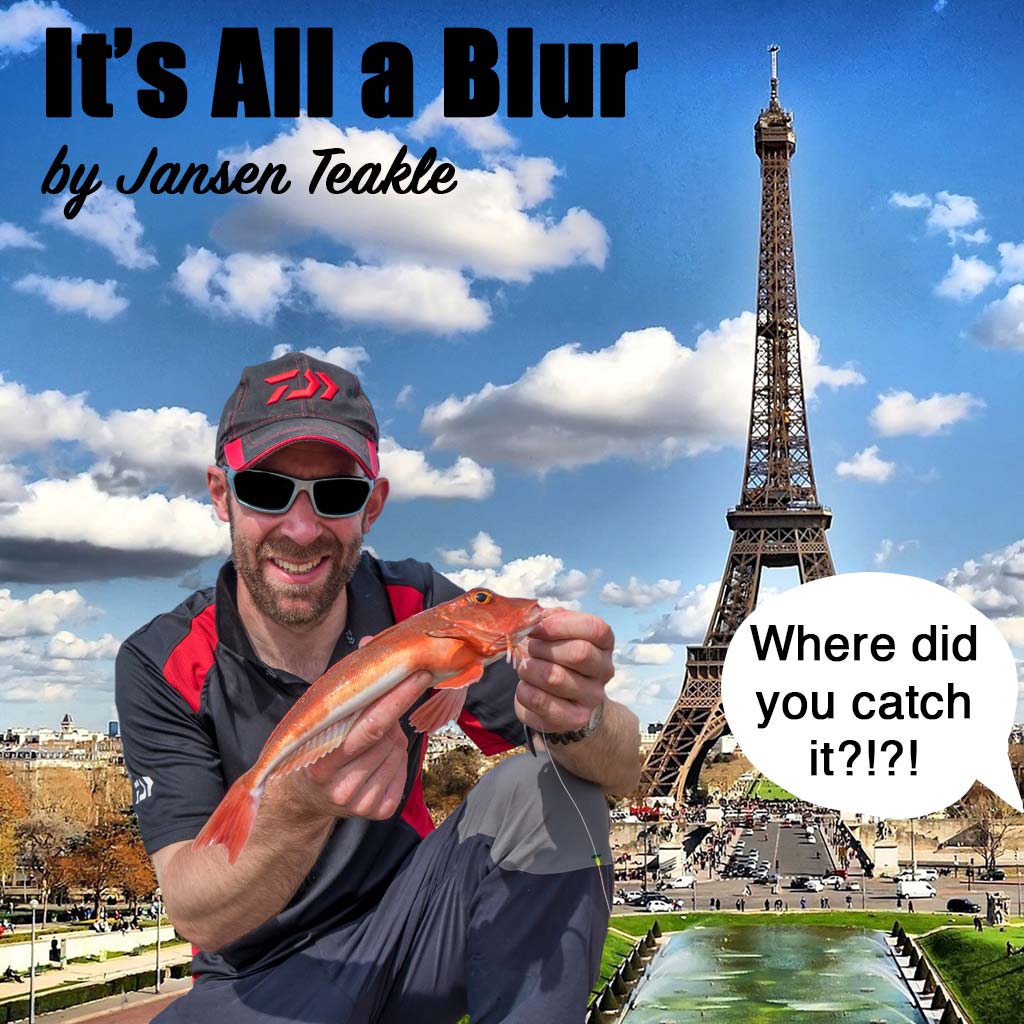 Picture this. Yourself and a pal have just returned from a phenomenal few hours of fishing. You both caught your target species from a gem of a mark that not only is beautiful for a number of reasons, but you have spent many hours studying it from both a tidal and weather perspective. You’ve spent hundreds of hours in all weathers making access to it safe, planning the best way to potentially land a catch and endured many non-productive sessions along the way while you got to grips with it, but finally it all slots in to place and you’ve reaped the rewards of a vision you had well over a year ago.

Not only that, but you also have some remarkably good shots of those trophy fish and the pair of you are totally elated and clambering to get back for more as soon as time allows.

The following day, you look back on those pictures and reflect on the excitement of the moment. You’re already planning the next visit and part of you wants to shout from the rooftops about your good fortune.

But then it dawns on you. The burden of the responsibility that was wrapped around each of those fish from the moment they hit the net. Everyone likes seeing impressive fish within their social media news feed and many people will enjoy reading a report, but amidst the desire to share what you have achieved is the underlying sting of that bitter sweet burden. “If we put these pictures on the internet, where shall we say we fished? Should we post pictures of our catches now, or wait a week when the tides will be wrong and the weather is set to change?”

If you’ve read the above and you’re thinking, “what is he going on about?”, chances are that you are a casual angler who fishes for simple enjoyment and believes everyone should share their fishing experiences with one another. I do agree with that, to an extent, but when so much effort has been exuded in a bid for the dream fishing experience detailed above, do you think it’s then right for it to be causally dispensed to all and sundry? On the face of it, it’s a pleasant enough idea. But then you begin to consider the dangers involved in being at this place, let alone actually fishing, the level of fitness required to reach it in the first place not to mention the lack of space available should more than two anglers decide to give it a go. And then there’s the fact that your special place is as clean as a whistle. Just as nature intended. Do you really want it stuffed with bait wrappers, drinks cans and the like? Probably not.

The promise of some great fishing can turn men (and women) in to very dangerous creatures. You only have to see the carnage that goes on through the summer months when the mackerel arrive and it’s every man for himself in a bid to get those feathers in the water with little regard for those around them. Desire becomes greed in a short space of time as the fish hit the beach string after string, erratic casting with unsafe equipment becomes commonplace and spacial awareness goes out of the window.

And all to catch fish. Develop this theme further and some way down the line, that same blurred moral code that has become embedded in the casual angler continues to taint his otherwise logical mind set.

The overwhelming desire to get a piece of the proper action becomes all consuming and it’s back to the internet in a bid to claw up as much information that could assist with this pursuit as possible. The places where these big fish are caught are at the forefront of his mind and just to be there would surely be enough for him to stand a chance of getting in on the action. Then, one evening, it’s Facebook to the rescue and there before his eyes are our two original anglers, beaming faces clutching some large and marvellous species of fish. 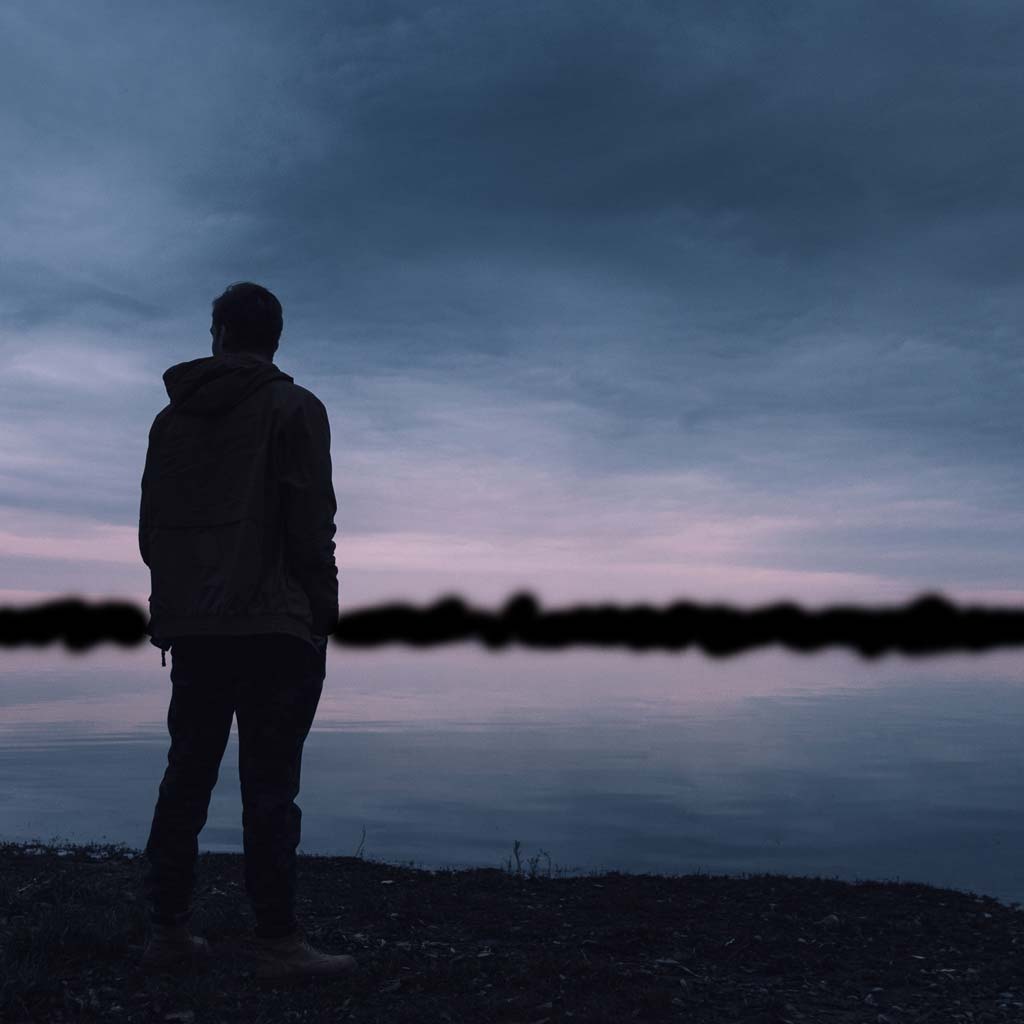 But wait…. They’ve blurred the background out! How dare they? Oblivious to the time, effort and money that the pursuit of our two original anglers ultimately sacrificed to make their catches, the angler watching from the shadows in his frustrated envy hits a brick wall. He reaches for his third can of Triple X and feels strongly compelled to add a comment. It simply reads, “Where did you catch it?”. There’s zero camaraderie involved, let alone a congratulatory ‘well done’. He’s blunt, disrespectful and quite frankly, rude. Chances are, he feels that these fish were a chance capture and the result of some luck. The good fortune of these two anglers should be shared and they are in the wrong for not disclosing the exact location. Our keyboard warrior returns to his regular haunt that weekend. Armed with his quarter-of-rag, he falls out of the car on to his usual spot on the very pleasant shingle beach, casts out and kicks back.

Six hours of repeating the latter part of this process later and with a handful of pin whiting to show for his efforts, he packs up, walks the fifty yards to the car and bitterly questions in his own mind why he didn’t ‘get lucky’.

There are plenty of well documented fishing locations in the UK, many with easy access and good fishing. But there are a number of reasons why some anglers choose to go off the beaten track and pursue that little something extra. Popular locations are just that- populated. Some people like being around others and view fishing as a sociable thing. But just as within life itself, others are more than happy in their own company or a very small circle of friends.

In this era of satellite imagery, Google Maps and the like, the quest to find your very own little piece of paradise on any given coast is not easy. But if you do, there are many reasons why you should consider keeping it under your hat, not least those I mentioned at the very start of this piece. Posting pictures anywhere on the internet creates a potential risk that your new-found favourite place could become someone else’s favourite place too and if the particular date of capture is also noted, it wouldn’t take a genius to return there on a similar tide when more than likely, you’re hoping to also be there.

Fishing is so much more than a chuck it and chance it affair. Those who are successful are so off the back of a great deal of research and planning, the ‘where’ in that equation although a huge consideration, is not the be all and end all of it by any means. So next time you see an angler holding a fish against a blurred backdrop, it won’t hurt to say ‘well done’. You can guarantee that some kind of effort went in to that fish and the captor has every right to preserve the location if he so wishes. By making a positive and friendly comment as a response, that same captor may also be a little more forthcoming with advise that may hold you in good stead the next time you’re out there wetting a line!

Of course, there is another side to this whole story and with the technology now available to expose every corner of the globe to those using their thumbs rather than their legs, are they as equally entitled to reveal as another is to conceal?

Discover my thoughts on that next month. 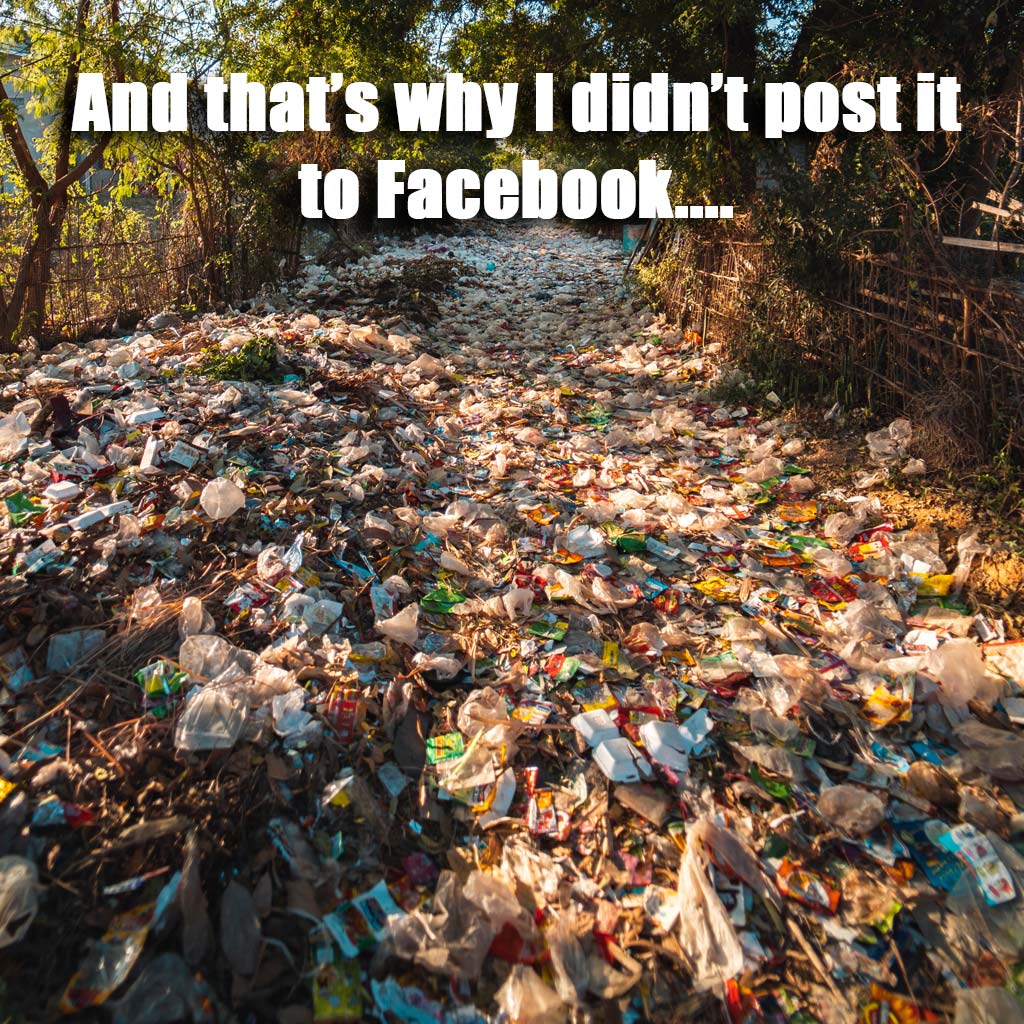