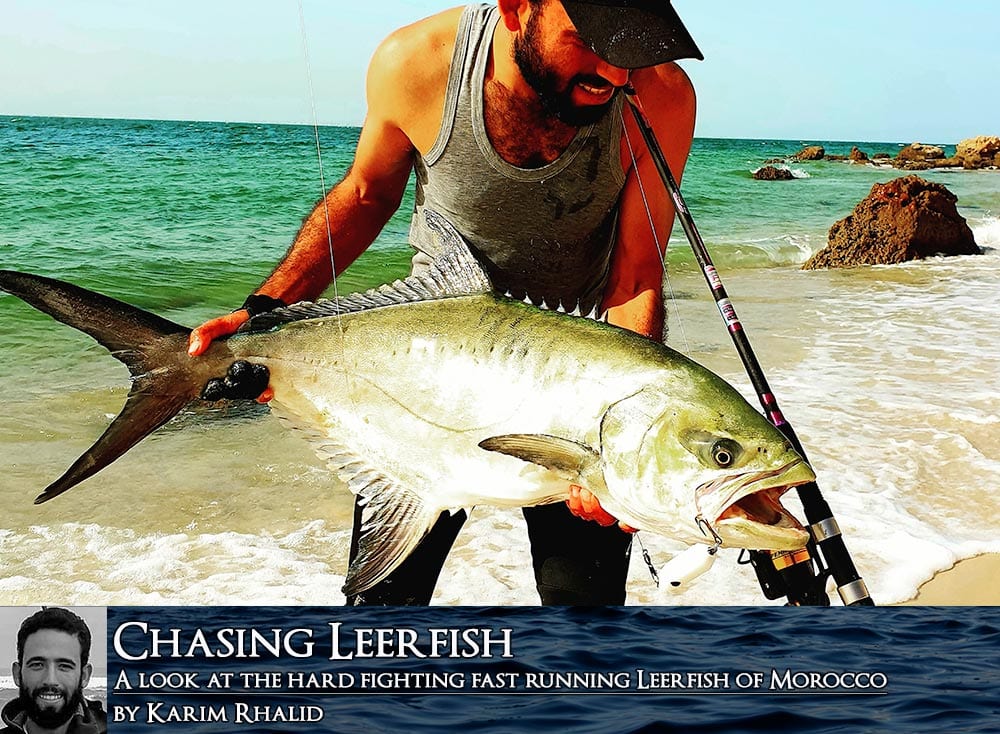 Leerfish, or La Liche as we call the species in Morocco and France, is a very mad and aggressive fish that can grow to over 30kg (70lbs). Further afield you may also have heard them referred to as garrick, amongst many other less used names. They are very well known for their electric speed, attaining both an incredible rate of acceleration as well as an impressive top end speed that can be sustained for a reasonable time. This means they are immensely fun to target, particularly on lures, where they give a serious combat when targeting them from the shore. It is probably the only frequently targetable fish that can run you hundreds of meters at a time from the shore in Morocco!

Where to hunt a leerfish

The leerfish are mostly found in spots where currents are running strong in one direction, which can be on either the flood or ebb, but the best fishing will be in the spells where it is pushing the most. Finding points or other features that channel this flow and therefore increase it’s intensity will help greatly in locating a more reliable chance of a leerfish. Of course the fish, powerful enough in it’s own right anyway, uses this tide to their advantage to strip line from your reel at a rate of knots.

The best fishing for leerfish in my home waters of Morocco is down south, on the shores of Dakhla. Here, there are fantastic leerfish conditions and established productive marks. Conveniently the water temperature is always suitable and the number of mullet, sardines and other species they feed on like squid and cuttlefish is in absolute abundance, leaving it no surprise that these spots are amazing for leerfish. 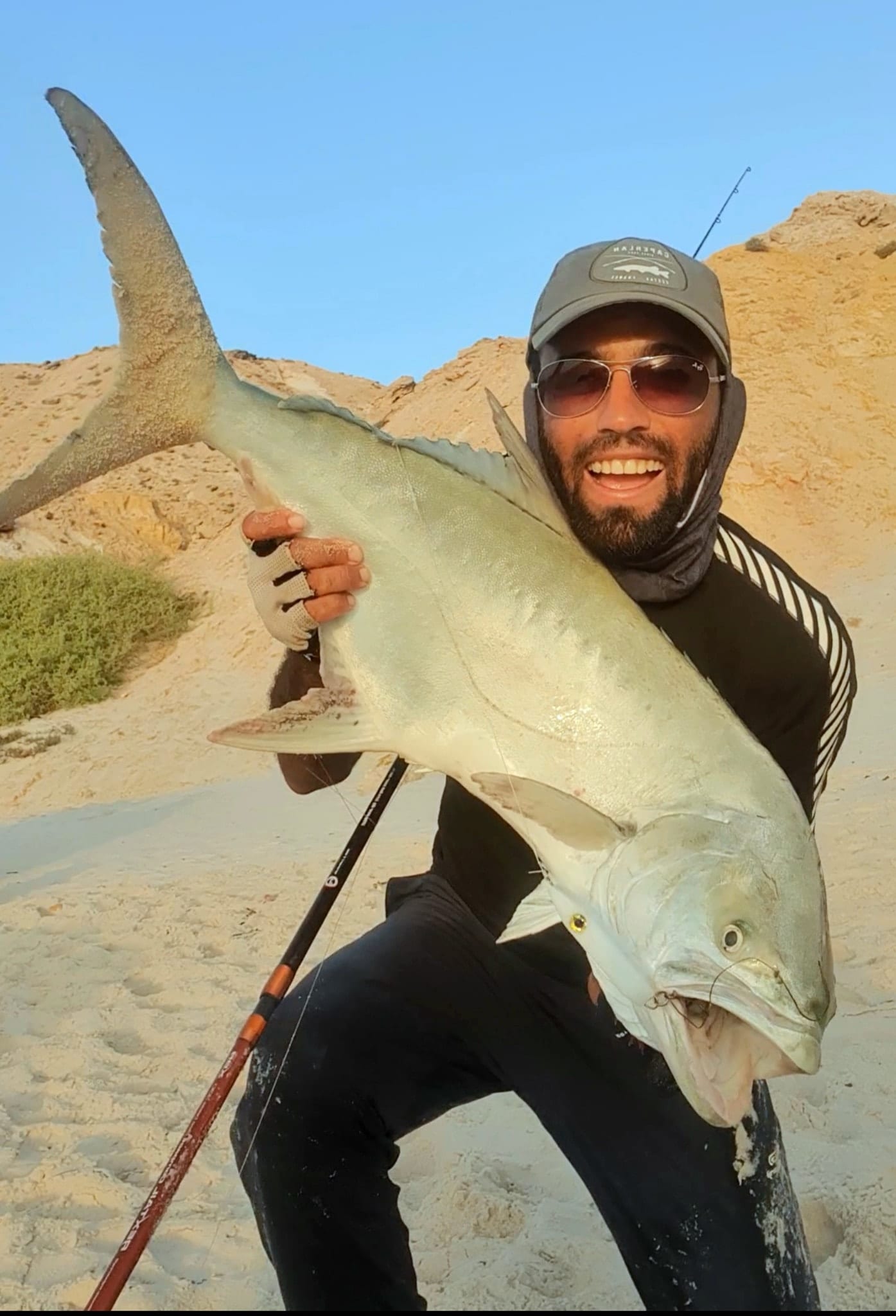 In Dakhla, there is a 40km plus long sea mouth from the Dakhla river and in most spots of Dakhla shores the water is deep just a few feet from where you can stand. Fishing can be productive whenever the tide starts moving and the currents begin to pull quickly to one side. It brings the leerfish straight onto the hunt, picking out their favourite bait species swimming against the tides with devastating efficiency.

The leerfish is a very fast fish with a lean muscular streamlined body, a huge tail for maximum propulsion and a large mouth to quickly engulf food whilst moving at speed. They feed mostly on live fish, squid and cuttle, which makes them the ideal targets to be caught on either a variety of different plugging techniques or a live bait. 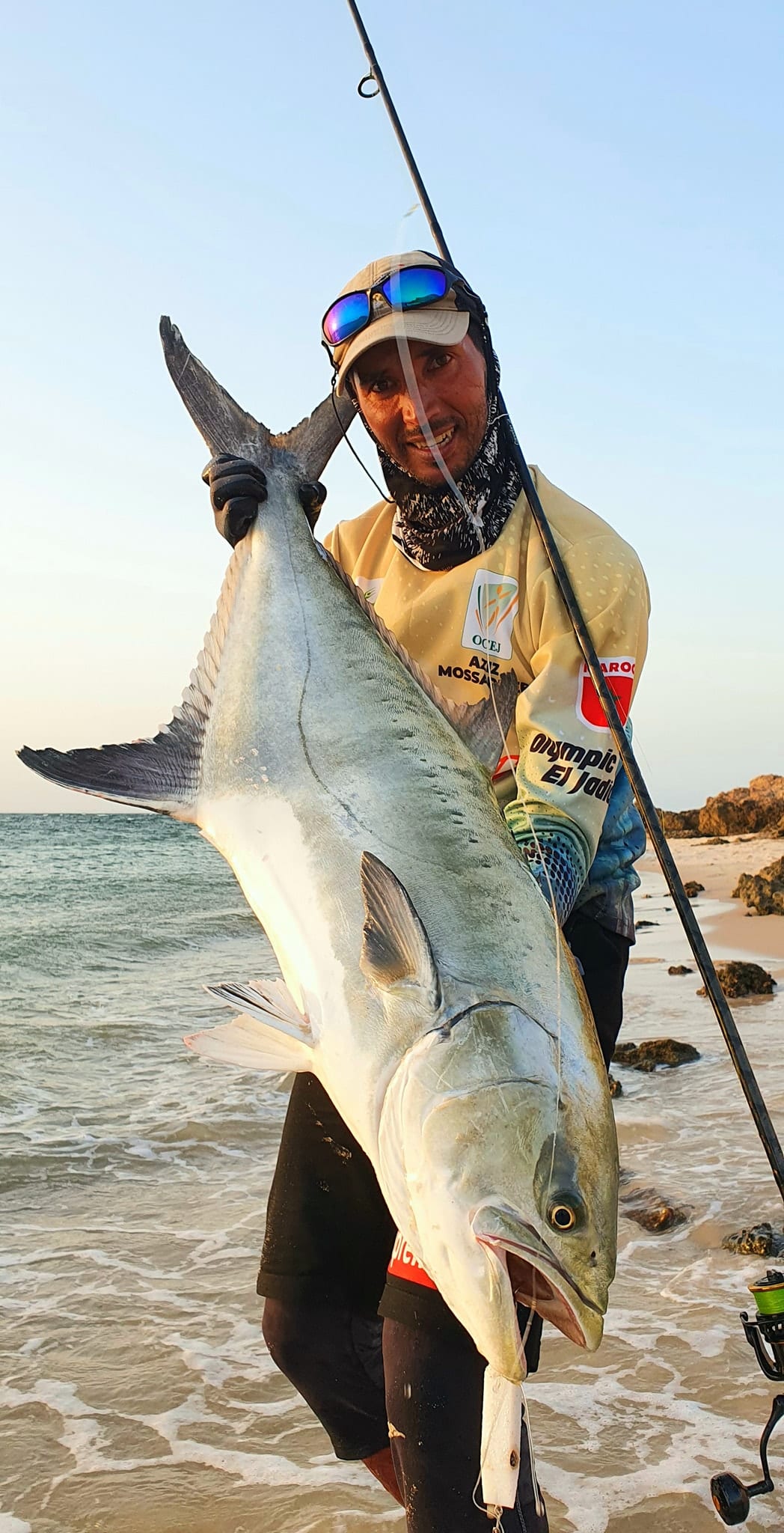 Using a live bait, the method is to cast downtide with the currents and draw the live bait back in slowly against the flow. However, the most exciting method is to catch them on a lure, especially top water ones!

Tackling up, one can either use a heavy saltwater fly fishing rod paired with top water flies, or with a suitably heavy actioned lure fishing rod. The main issue is to make sure you have a reel loaded with plenty of backing line as these fish will strip plenty on each run!

As I find lure fishing very fun and an exhilarating way to catch most fish, but especially leerfish, it is the method I use the most and as I alluded to already my lure of choice is often a topwater variety. When using surface lures, it is important to animate the lure so it squashes the water and appears as an injured fish struggling on the surface, making it an easy and enticing target for the leerfish as well as most other predators. The more disturbance the better, whilst you also want a lure that can hold up to being hit with a lot of power at a lot of speed. Many surface lures intended for bass will simply shatter when hit by the power of a leerfish, which is why I stick to Samson lures.

The top water Enticer and Fat Minnow styles from Samson, with their exceptional casting ability, the weight to cause significant surface disturbance and indestructible build quality have been so reliable for the leerfish for me. You can always expect a few leerfish shaking up their heads and tails making a race whilst chasing your lure, as they often hunt in groups. This makes for a lot of fun, watching 4 or 5 huge fish making a big splash is absolutely priceless as they compete for the lure! They will often attack the lure right by the edge of the shore at the very end of the retrieve and then take a long run covering an impressive distance against good drag, so to press the point home, make sure your reel spool contains enough line, certainly more than 200 meters braid as a minimum, as you might catch them up to 30kgs. Such a fish will put up an incredible battle from the shore and make numerous long runs before being tired enough to land them on the shore. 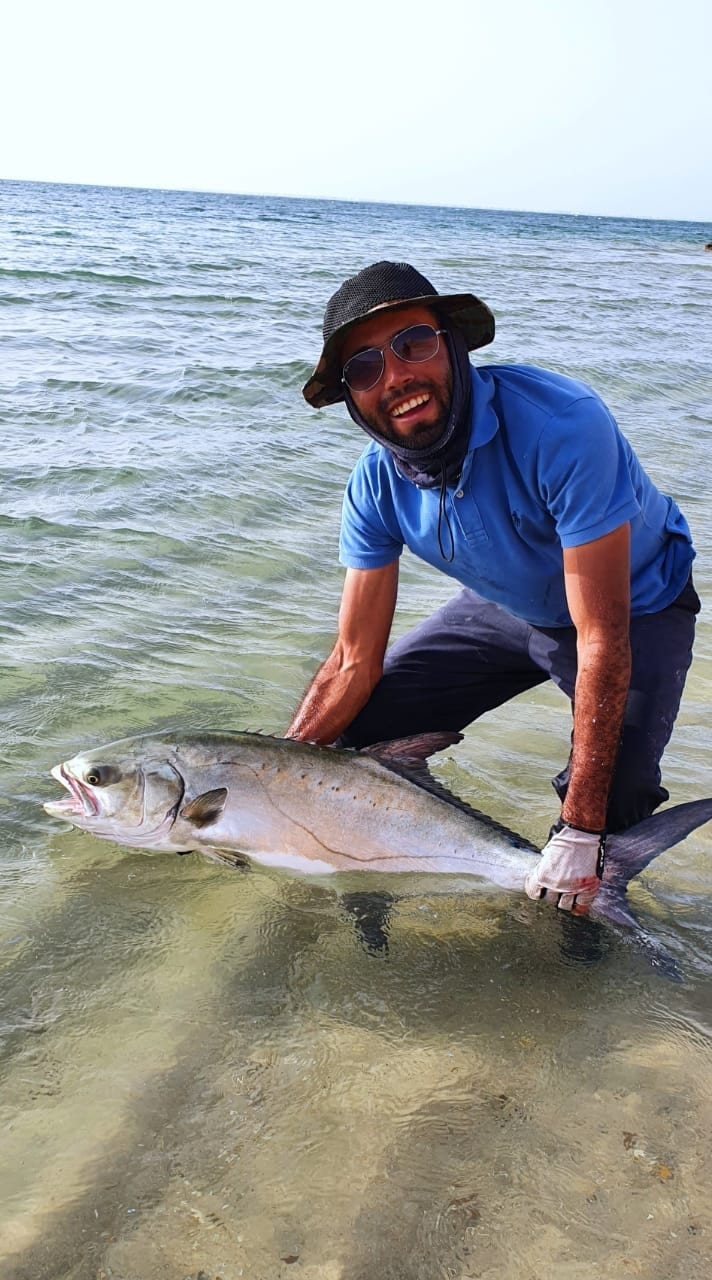 The leerfish, like many fast moving fish eating species, are also very good eating fish, especially the ones between 2 to 6kgs, their meat is wonderfully oily with a delicious flavour when grilled on a slow fire! Not only are the smaller fish the tastier ones, you’d need quite a big family to consume the bigger ones!

As far as species go, in our waters the leerfish is a very sustainable fish to eat when line caught. One fish will also provide many meals.

If you find yourself visiting Morocco you can contact me on rhalid.surfcaster@gmail.com for more information on leerfish and the many other species the shore of Morocco can offer. It really is a hidden gem on the African coastline, offering incredible sport all year round.