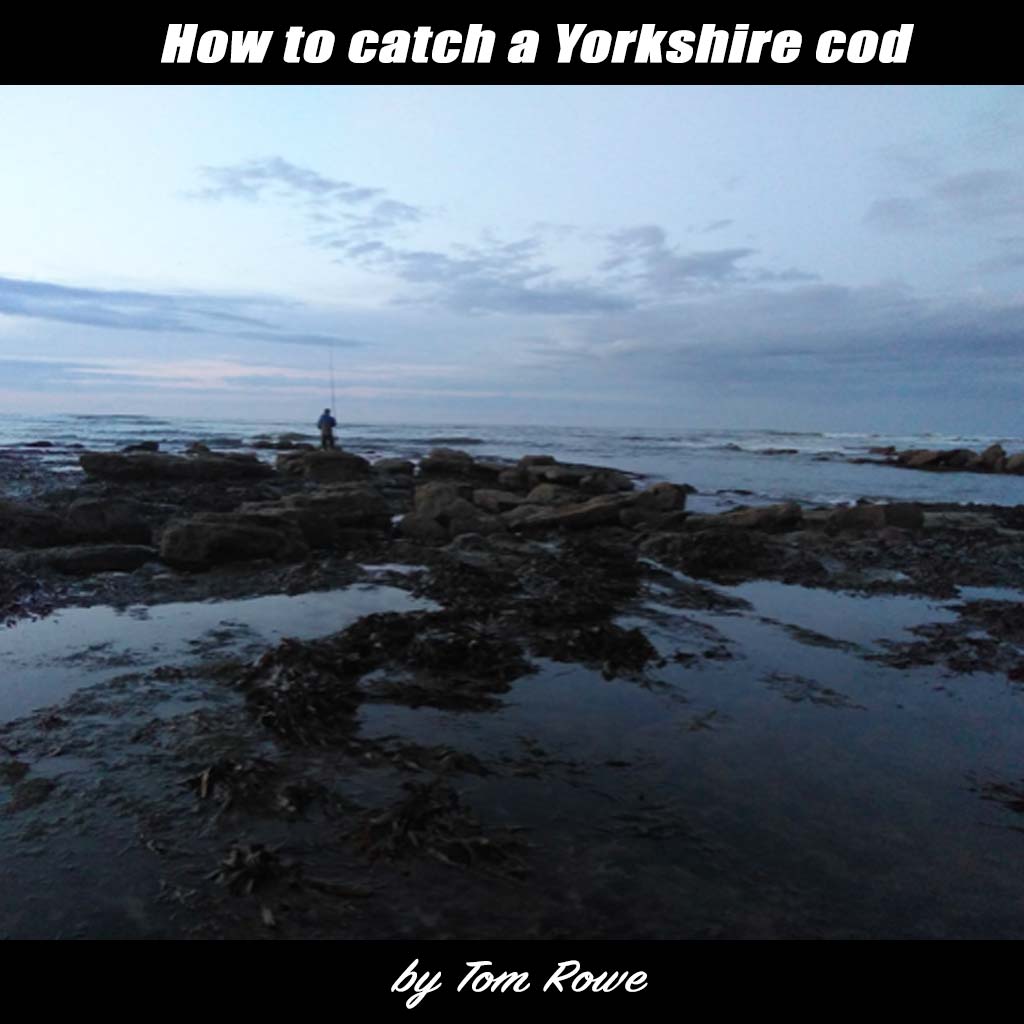 How would I describe cod fishing on the Yorkshire coast? Probably most fitting would be to say cold and wet; however, the allure of a nice bag of cod drags any keen angler from the comforts of central heating.

Cod can be targeted from the shore year-round along this stretch of coastline, though its winter and its associated rough seas when things really get interesting.

The season usually begins in early autumn depending on sea conditions and amount of inshore feed, come late winter most of the cod stocks have moved offshore into deeper water. It is during this season anglers are presented with opportunities for both specimen fish, and healthy bag weights.

Through the following piece I hope I can shed some light on rough ground fishing, specifically for cod. 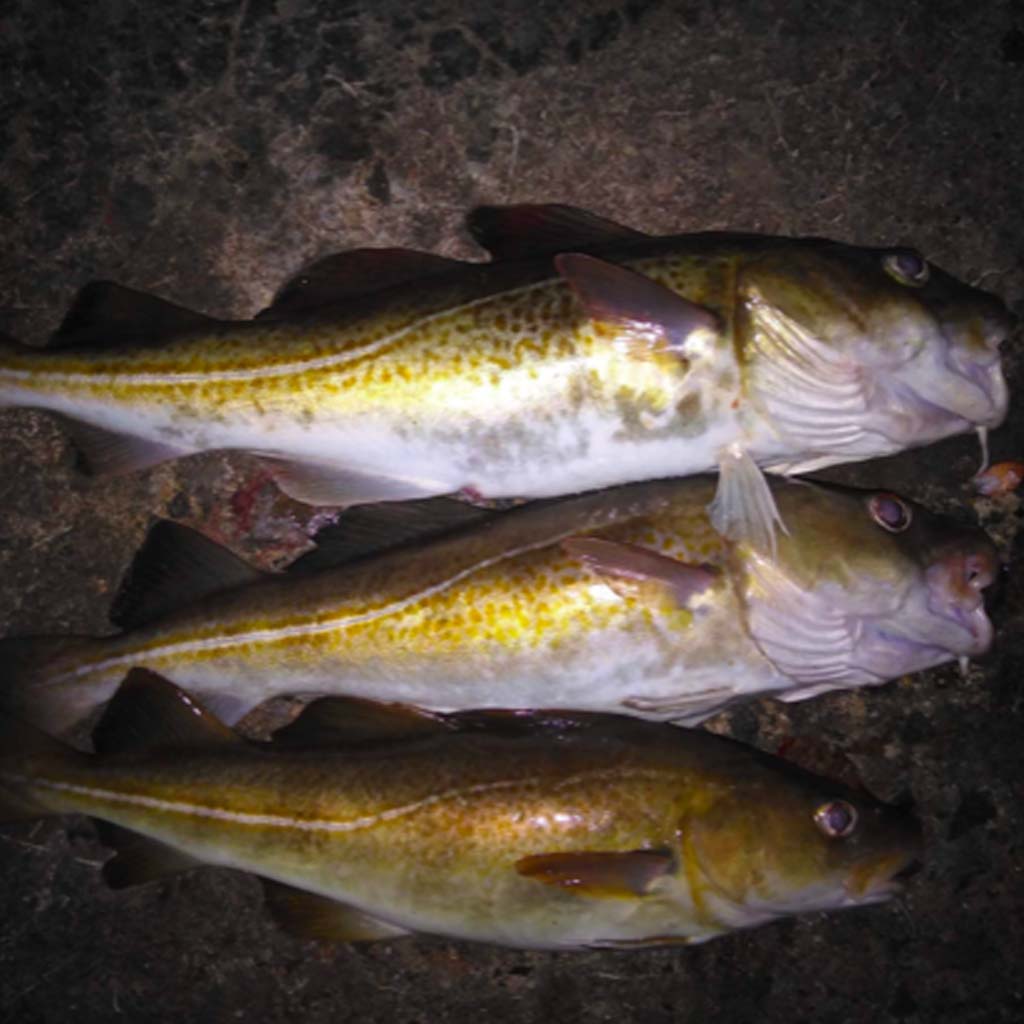 The Yorkshire coastline is dominated by rocky scars and gullies, punctuated by the occasional beach. Understanding how cod interact with this environment is key to catching good bags of fish.

Locating large gullies is easiest done over low water, scanning the gully and the surrounding scar whilst it’s exposed will give you the best knowledge of where the cod are most likely to feed. Gullies, and the associated deeper water, are also visible in the rough seas. Wave patterns are a good indicator of the underwater setting, for example; rough white water, lacking linear waves, often indicates rocky uneven ground. Whereas, rough water with linear wave sets, in short intervals, typically occurs over flat rocky scar. Gullies and deeper water, where cod are most likely to be holding, can be identified as areas of calmer, darker water.

Fishing an ebbing tide into gullies can also be advantageous for other reasons; cod are most likely to be concentrated in a single area, obvious to the wandering angler. At high water, the cod are likely to be dispersed, feeding over the flattened scar. As the tide begins to be ebb, the cod will retreat to safety and deeper water, gullies and runners can act as passageways for which the fish migrate between feeding areas.

In the image below a gully can be noted to the right of the angler, the gully is less than 20 ft wide and certainly no deeper than 8 ft. Cod will remain in such features, feeding confidently; especially under the cover of darkness. Viewing the wave patterns, it’s clear the gully continues into deeper water, to the left of the angler a large set of waves is recorded, however the gully can be traced into deeper water by the absence of such waves. 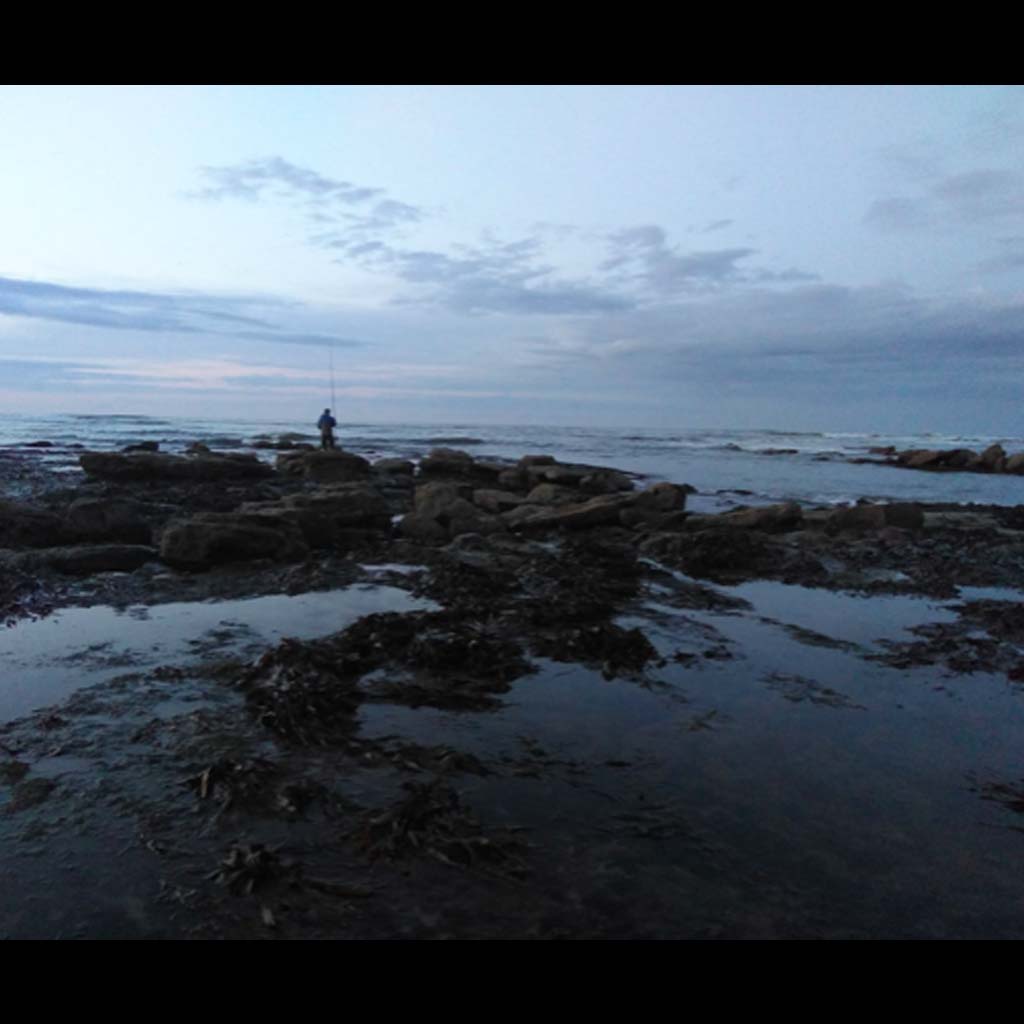 During calm sea conditions, coinciding with increased water clarity, the majority of the cod retreat into deeper water and vast kelp beds that shroud the coastline. It’s when the seas most stirred-up and coloured, that the cod will confidently feed in the shallow water. Rough seas, favourably from a northernly direction, crash into the coastline dislodging all manner of creatures which the cod feed on. This cod banquet then collects within the depressions and gullies along the coastline. It’s then up to the angler to assess factors such as swell & wind direction, tide size etc to determine where feed will be most concentrated. Cod fishing, in a lot of ways is very simple, find the feed, find the cod. However, as simple as this statement is, appreciating all manner of conditions to decipher where the cod will be feeding takes years of trial and error.

Much to the angler’s frustrations, if these conditions persist, the cod can appear to fill up on this glut of food. As a sea ‘builds’ in strength, the cod appear to feed more confidently; bites are savage, and fish appear in good numbers. If rough conditions prevail for a few days, anglers notice subtle changes, bites appear shy, registering as a couple of small taps that don’t develop into that typical nodding sensation. Feeding habits also change, instead of homing in on large cocktail baits, fish appear to fall to smaller baits such as peeler crab or a single crab wing. There is, however, always an exception, these aren’t solid rules, just a few observations.

The image below shows a typical cod sea on the Yorkshire coast. The tide is just into the ebb as a nice 5-8 ft swell barrels in, the two large gullies are highlighted by the darker water. As the angler descends to the marks, they are able to read the sea, picking the likeliest looking gully to hold that monster cod, fondly known locally as a ‘Pig’ 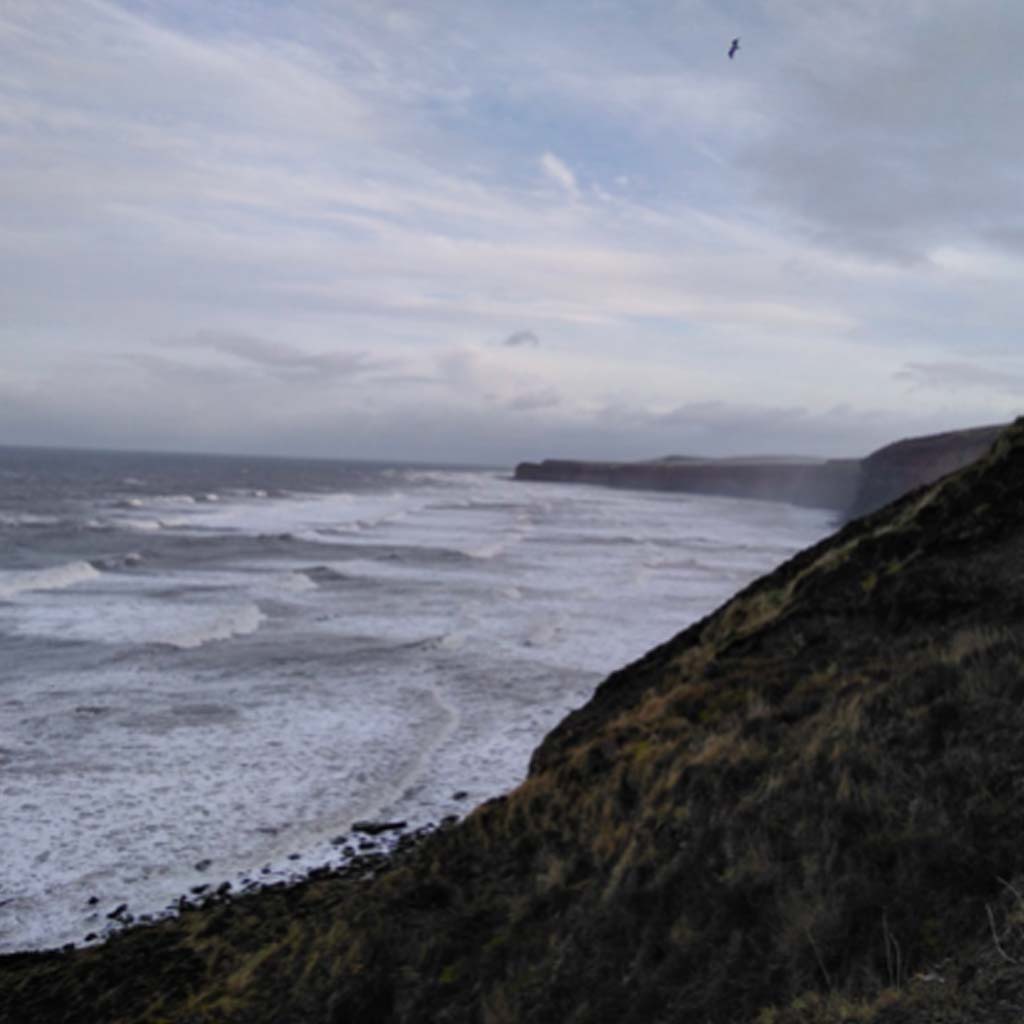 Heavy tackle is essential to rough ground fishing for cod, most sessions you are casting directly into kelp beds and boulder fields. There are numerous rods on the market that will get the job done, good attributes to look for a strong blank with a ‘forgiving’ tip. Due to using heavy braid with no shock leader, there’s no stretch in the setup; the issue with this is ripping the hooks out the fish. Having a rod with a subtle tip section helps prevent this, acting as a cushion during the fight. Reel wise things again must be solid and have a decent rate of retrieve. For this reason, most people choose to use fixed spool reels, they are perfect for quickly winching cod over the top of snags and out of danger. I don’t wish to enter into an argument of brands, but I will discuss examples from Penn and Shimano. My friends and I own Shimano Ultegra and Penn Affinity models, lovely smooth reels for soft ground fishing but they struggle in the rough ground; handles flex, feet snap and gears shear. Their counterpart models, Shimano Saragosa and Penn Clash in 8000 sizes, are however well adapted to fishing rough ground; I know there are numerous other reels that do the job, these simply offer the reader a reference. Though these reels have short deep spools, not designed for distance casting, it rarely hinders fishing; most spots only require a short cast, less than 70 yards and occasionally a 20-yard lob will find the fish. As mentioned, reels are spooled up with heavy braid, typically in the 65-80lb region, with most anglers opting not to use a shock leader.

Anglers are advised to travel light, it’s rare to sit and fish one gully throughout the ebbing tide. As one gully empties out of water, another will be starting to show, a mobile angler will easily be able to move location making the most of the conditions. If fish aren’t encountered within the first few casts, it’s usually a sign to try a new gully. For this reason, a bag is a much greater idea than a box, if the top is cut from a 25-litre drum, it can be neatly slotted within most fishing bags on the market (see image). This results in the contents of the bag remaining dry, chasing an ebbing tide means a dry piece of rock is a luxury, keeping the contents of your bag dry is very important to prevent rusting. I keep rigs and terminal gear in one tub whilst the other contains bait, along with a bait flask, it all fits in neatly.

Due to the majority of sessions taking place at night a quality head lamp is essential. I would also recommend a cheap ‘back-up lamp’ in your bag, there’s a magnitude of reasons I could list for this, but just ask yourself, would you want to be 3 miles from your car in the pitch black on a rock mark?

Rigs, cheap is the name of the game and rotten bottoms are essential. Pulley rigs are a standard, as with any rough ground fishing, they get the lead up and out the way of snags and are cheap and simple in construction. However, many local anglers have their ideas on rigs, this has resulted in many variations; often stemming from pulley and pulley dropper rigs.

You will lose rigs whilst fishing heavy ground, no self-respecting Yorkshireman likes throwing money away, therefore rigs need to be cheap. When distance isn’t needed, and finesse has long gone out the window, there’s less need for fancy clip down rigs. For me a rig has two purposes, good bait presentation and to survive the ground into which it is placed. For these reasons I use the rig shown below. I use a long rig body of 70lb line, this ~3 ft section of line acts as abrasion resistance against the sharp rock, if the braid was to interact with these sharp features its very much likely to fray and snap.

A swivel is mounted at the top of the rig, whilst a rotten bottom clip is tied to the base. A pulley bead is free sliding on the rig body, this is where I tie on the snood; also constructed out of 70lb line around 2 ft long. At the sharp end I prefer a pennel setup consisting of a 5/0 chinu and a 6/0 wide gape hook. Large baits are used, therefore large hooks with a wide gape are required, even a small cod will soon devour a 6/0 pennel. The nature of this rig means you are not always in direct contact with the bait, this means a cod has time to pick the bait up before feeling any resistance. I may be wrong, but on occasions I feel the cod can shy off baits when they feel resistance, hence why I use this rig. 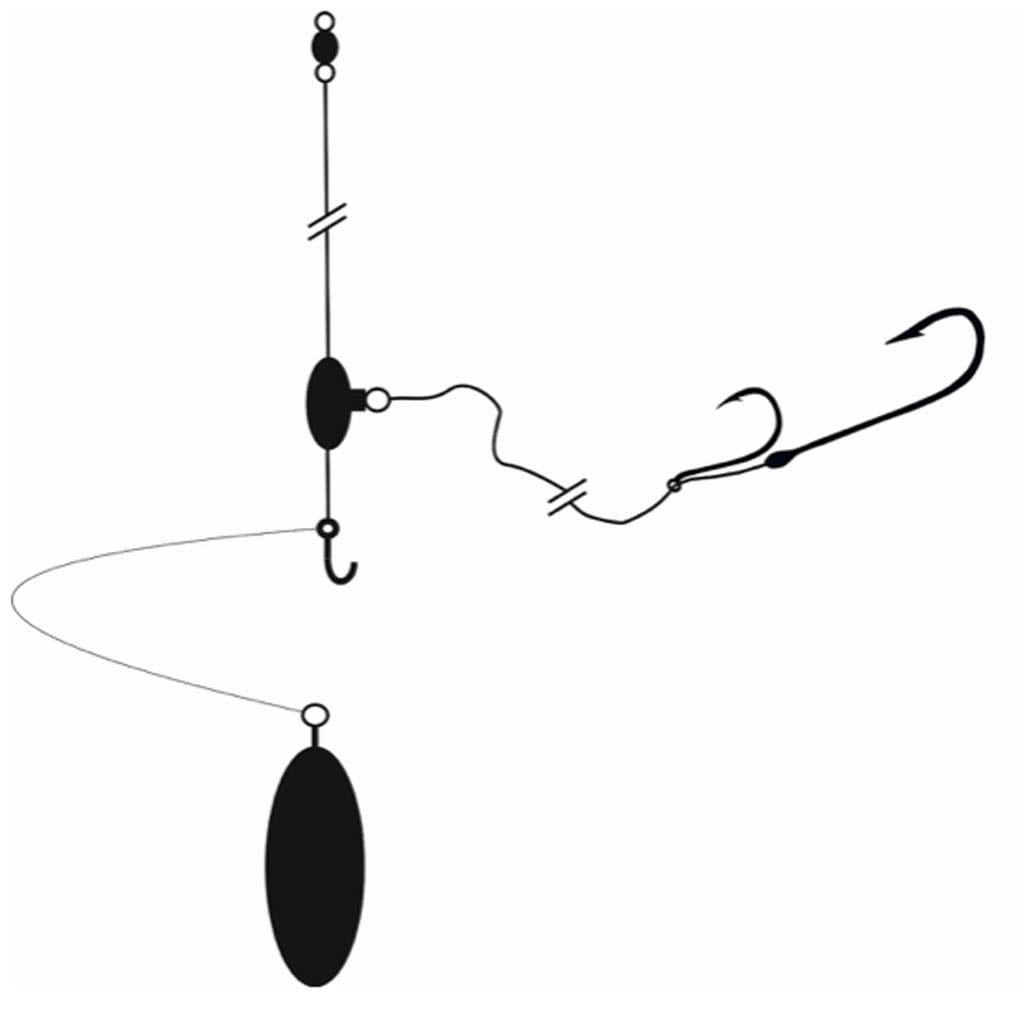 Scent, scent and more scent! It seems obvious really, the senses of smell and taste are what all anglers are hoping to stir up in their chosen quarry.  In a rough sea your bait is going to effectively be in a washing machine, that pristine bait you just made 10 minutes ago is now going to be reducing in size, dispersing small particles of bait into the surrounding water. It’s this ground baiting that allows the fish the vector in on your bait. It’s for this reason baits are usually constructed in a certain order. Baits such as squid or bluey form the bulk of the bait, they produce substance, to which high scent baits are added.

Mussel or edible crabs, in the form of cart or wings, are often the baits of choice. For those who don’t know how to dress edible crabs for bait, and the whole cart process, it’s deserving of its own write up. Put simply, it is select parts taken from the inside of a female edible crab, how it’s dressed determines if cart or wings are produced.  Worm baits, either in the form of fresh lug or frozen blacks, are also very effective baits. I do however tend to associate them with fishing the local beach marks and less so on the rough ground as discussed in this piece.

It should also be mentioned some baits appear to fish better at different times throughout the season. Early in the season, August to October, peeler crab baits tend to be favoured over cart baits; as we progress into the season cart and large fish baits are preferred. As with most fishing, there’s an element of ‘match the hatch’, though I doubt a hungry cod will turn it’s nose up at a good peeler crab because its out of season, or a juicy lug worm because its not on the sand. 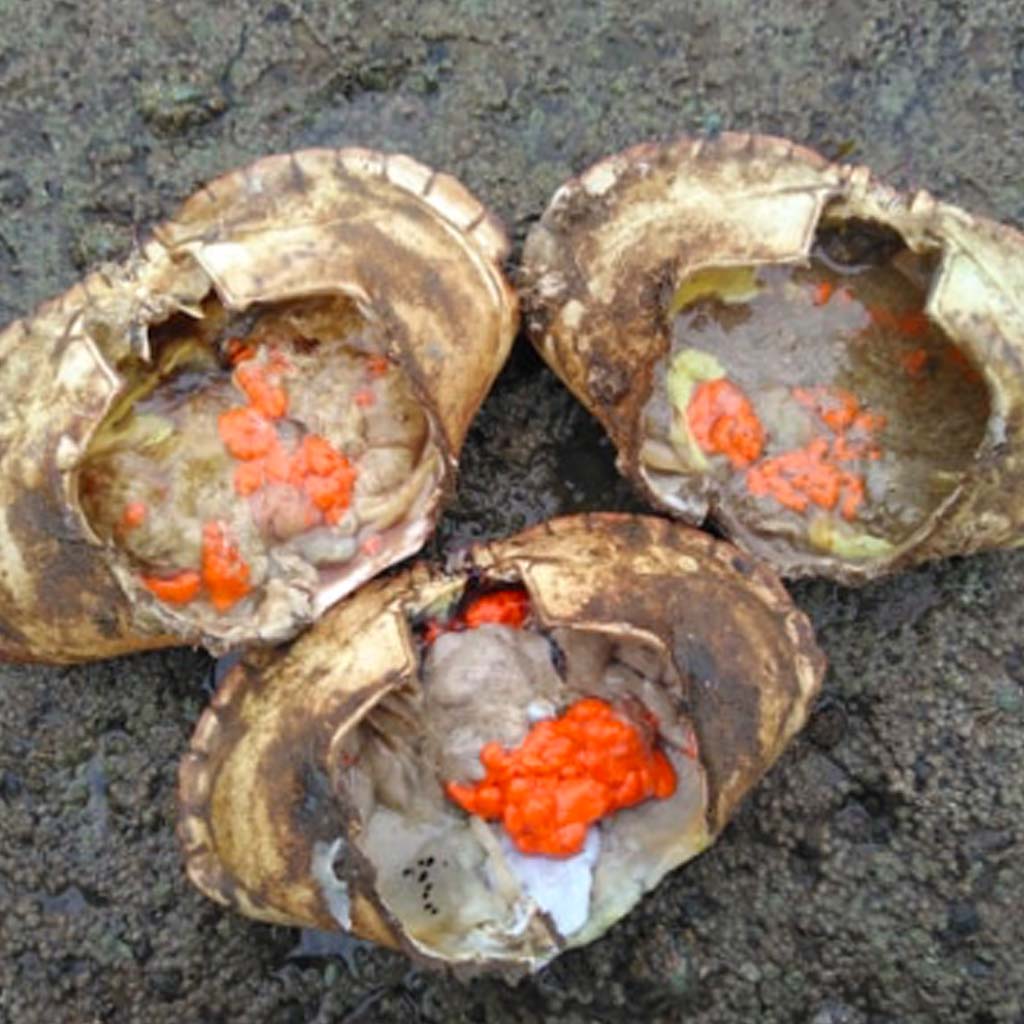 I suppose to put it all in a nutshell, conditions are key, the big seas stir up the ground and bring the cod into feed. Once the fish are head down and feeding its up to the angler’s knowledge and watercraft to locate them. Once you’ve located the fish you need all faith in your gear that its up to the job, if you hook that monster cod can you bully it through a kelp bed?

It’s difficult to inform people of your hobby and passion in a page or two, but I hope that I’ve summed up the basic details, offering at least some insight into cod fishing amongst rough ground. 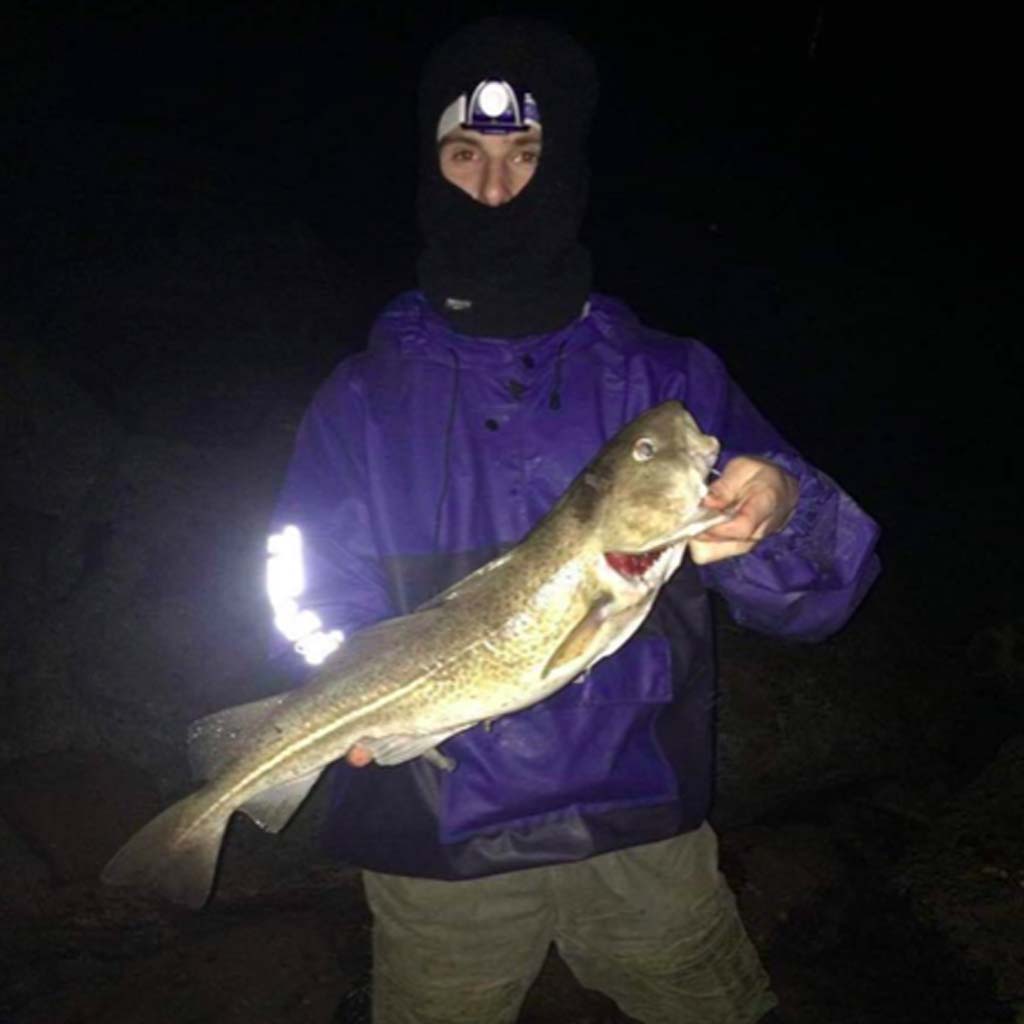