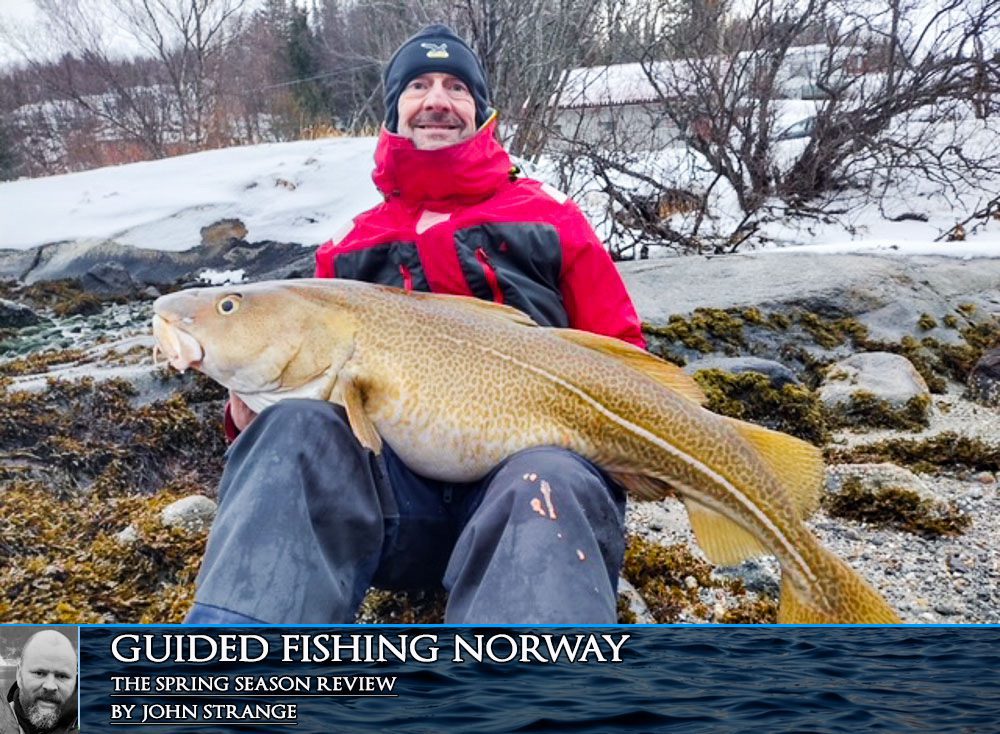 After a terrible couple of years for everyone and with travel abroad pretty much outlawed, it was with great delight that we at Guided Fishing Norway were once again able to welcome guests to our base near Saltstraumen, Bodo in northern Norway.

We had decided to delay our start in January, as there was still much uncertainty in the autumn, even though travel was permitted. As tricky as the often shifting travel requirements were for us, they were an even bigger headache for our guests. However, as the season progressed, any remaining restrictions were slowly lifted and we could finally concentrate on the fishing and less so the logistics!

So, the fishing… Where to start?!

As usual, the early weeks saw the guests focusing on night fishing for the cod, the numbers of which can be most prolific, especially for the larger fish, in these early months of the year. Our guests soon found these up to 37 1/2lb. This may not be the biggest we’ve seen here, but let’s not forget that even a cod over 10lb always puts a smile on the face of the lucky captor. A shore caught “30” is a phenomenal fish to catch and, with us having accounted for the shore caught world record cod, the sky really is the limit to what is possible.

We also saw a few halibut up to 40-50lb, which are great specimens. The occasional 100lb shore caught halibut may be the ones that make the headlines and flood social media, but, the reality is that the average stamp of halibut is closer to 15-20lb and anything over 30lb is a great catch. A halibut needn’t be that big to give your tackle a really good try out either!

The winter months also gives rise to a good run of large, fat haddock, which we managed up to 9lb this season, so some great sport was had by those brave enough to face an Arctic winter! Whilst our location just south of Bodo has a ‘micro-climate’ within Norway, benefiting from the effects of the Gulf Stream / North Atlantic Drift channelling in under the archipelago that is the Lofoten Islands and keeping the area a few degrees warmer… it still gets very cold!

As the weeks flew past, and the days got longer, the focus started to switch towards halibut in daylight, and cod for a few hours into darkness. Again, we saw similar results, but as usual we saw a higher proportion of halibut as they’re daylight feeders and we simply had more hours to try for them. The shortest ‘day’ in Bodo (their winter solstice) is December 21, where just 49 minutes of daylight will be recorded. By March 01, this is up to 09h and 52 minutes and by the end of the same month there’s 13h and 39 minutes, giving a rapidly increasing window for the halibut fishing. We don’t do summer tours, but Bodo does experience 24 hours of daylight from June 01 to July 12.

So what else is there besides “big” fish? Well, even the smaller species come in pretty big proportions up here! How about a 5 1/2lb whiting, or a 3lb redfish, or perhaps a 2lb dab? All these and many more specimen sized fish were caught during February and early March, along with a spectacular 120lb halibut, a fish which we were able to film as it was released to swim away strongly. We understand this to be the biggest halibut ever caught from the shore and successfully released. Anglers are, on the whole, able to decide for themselves whether or not to retain a fish, so long as it is of size. A halibut typically reaches minimum landing size around 12-15lb in weight and a fish of 15-20lb is going to be the best eating and still produce an insane amount of steaks!

Norway now has a law in place preventing retention of halibut over 2m in length, not specifically for stock management reasons (although we can assume most of these will be breeding females) but for health reasons. Large halibut acquire a signifiant build up of mercury and other heavy metals and toxins, so slot sizing if you intend to keep some fish to eat is of great importance.

We also took some of the guests to try the deepwater fishing, something we’ve become known for and have spent significant time perfecting, as it comes with its challenges. Having caught world record ling, lamb and redfish on these deep marks, we think we’ve cracked it now!

Even though most of the places that we fish are between 30 and 100ft deep, which by U.K. standards would be considered deepwater fishing already, the real deepwater marks are between 300 and 1000ft deep! You start to get an idea of why most charts measure depth in metres and not feet in Norway.

The guests had some proper workouts, catching ling to 45lb, lumb to 21lb, haddock to 10 1/2lb and lots of monstrous whiting averaging 4-5lb! It is incredible and exhilarating fishing and although deepwater isn’t for everyone, for some people it becomes everything! It is extremely challenging and about as hardcore as it gets for a shore angler. 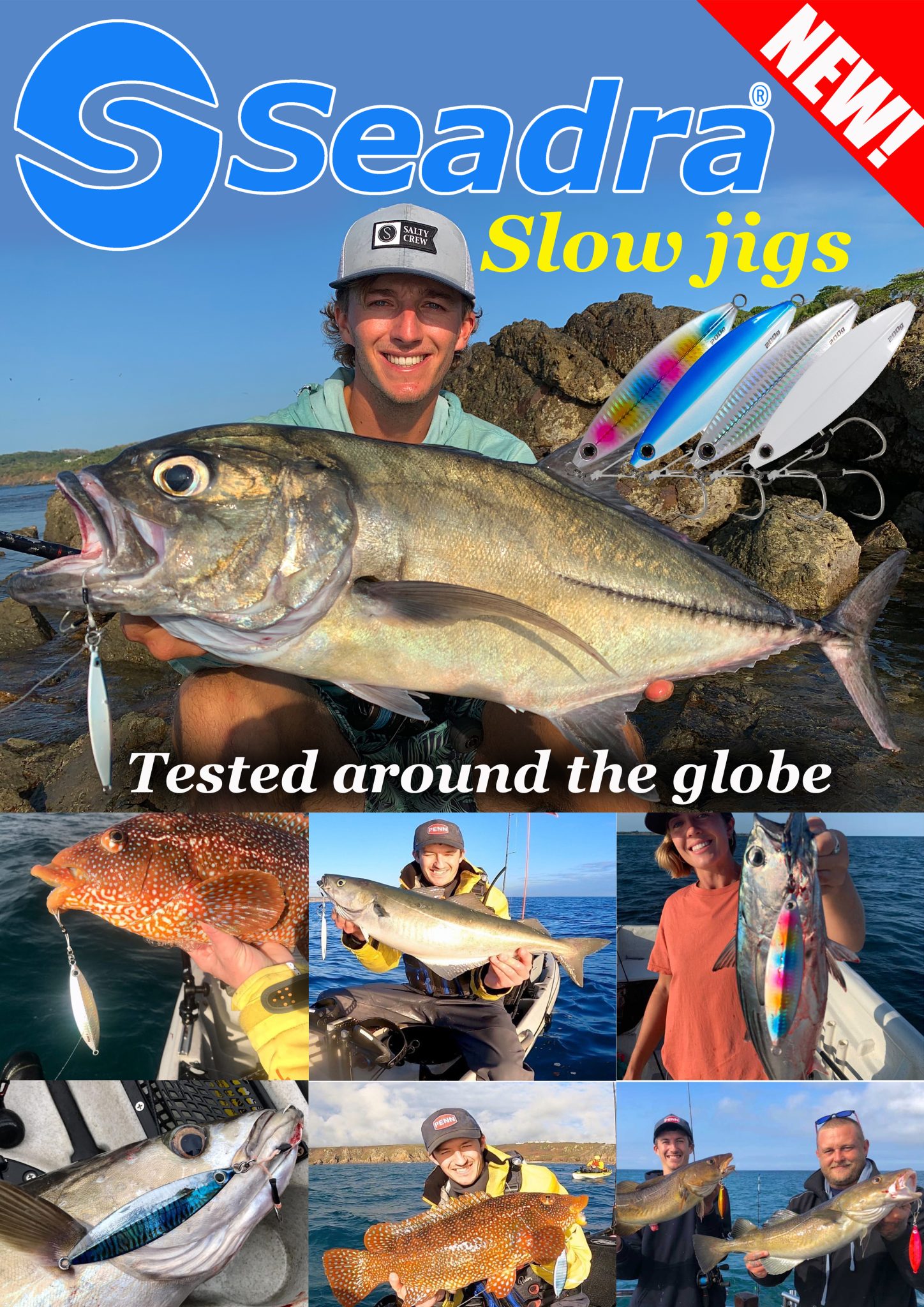 Sadly, before we knew it the season was drawing to a close. The days started getting longer, hardly getting dark even by 11pm, but we just had time to explore a few of our favourite plaice marks. We had some brilliant sessions with one of them alone producing a dozen fish between 2 1/2 and 5lb, and these fish are out of condition having spawned, so they’ll be 3-6lb fish this autumn.

All were returned to fatten up ready for our next season.

We can’t wait to get back there this September, and our target is a 10lb plaice, and we’re not stopping until we get one!