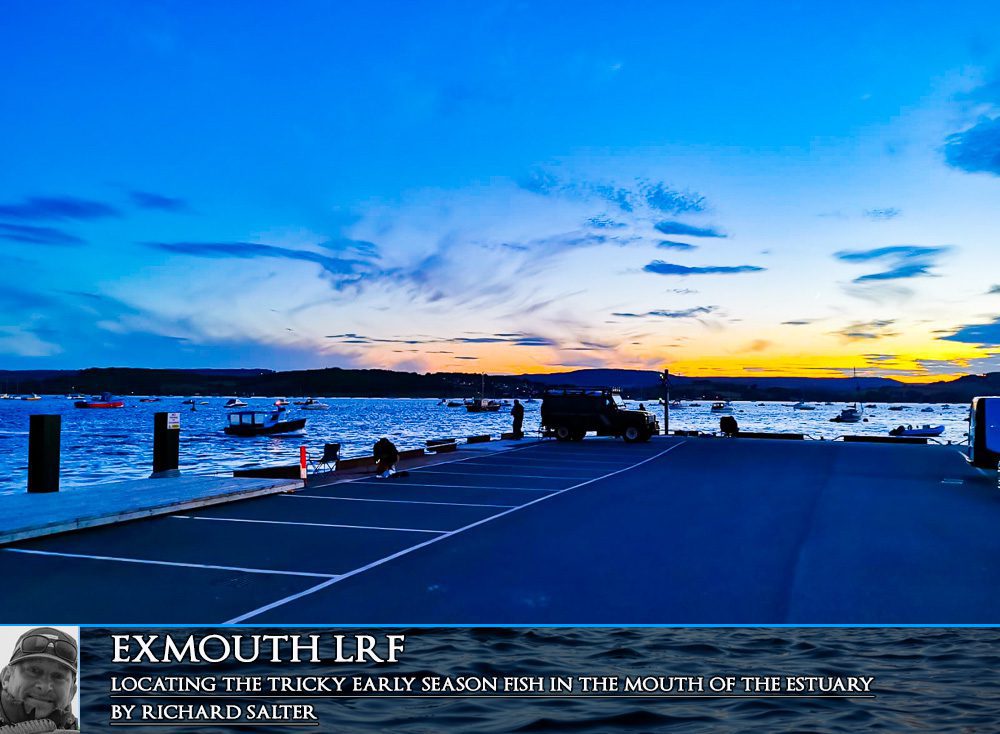 Having spent the last few months focusing most of my attentions on freshwater adventures, as I tend to do during those late winter/early spring months, the warming sea temperatures and some decent settled weather has tempted me back to the coast and my main passion, light rock fishing.

Spring LRF can be unpredictable and quite patchy, a blank just as likely as a busy session and it pays to pick your marks a little more carefully. Whilst some of the harbours or rocky marks I often head for can be quite slow at this time of year, I find estuary marks, and particularly those in the mouth of estuaries as they widen out into open sea, can be more reliably productive.

With this in mind, I headed for one of my favourite estuary marks, Exmouth, which was where my LRF journey began, teasing out shannies and wrasse from amongst the sea defence boulders along the westward end of the seafront was pretty much all I did for the first year or so! Over the years though, I’ve broadened my species list from this mark a little and have found it offers great fishing right through the year, as long as you pick the right tides and conditions! A spring tide at Exmouth is something to behold and a 2g jighead would quickly end up sailing towards Budleigh or Dawlish, depending on which way the tide is running! My most recent session saw me pick a more reasonable neap tide though, which gave me much more choice when it came to selecting lures and jig heads!

Arriving at low tide, I knew that this would be prime time for targeting a favourite of the LRF world, the long spined sea scorpion. These little mini marauders of the seabed can be expected at any state of tide, but they are particularly active as the tide starts flooding after low. I’d set up a 1.5g flex head, or cheburashka rig, a size 16 Owner pin hook and worked a short length of isome around a slipway and in the shady corners where it meets a long stack of sea defence boulders. These boulders are basically mini species heaven and it’s no secret that I love targeting these sorts of areas when species hunting.

It was only a couple of minutes before I found my target, a scorp, vibrating away in my hand, doing its best to convey its annoyance at being lured from its lair. With so much attitude and looks to match, it’s clear why they’re a much loved LRF target.

A long spined sea scorpion bite is usually pretty distinctive, a solid thump and often a brief pause whilst you consider whether to lift into it or wait. Its likely the scorp has engulfed your lure and just sat there waiting to digest it and at some point you’ll lift into a bit of a dead weight that might wriggle a bit but often pops straight to the surface, very often not even hooked, just clamped down on your lure!

Over the next hour or so, the action was steady rather than frantic but it did produce a grand total of 4 scorps, which in my book makes for a decent day, regardless of what else happens! Amongst my haul of scorps, I also managed a small ballan wrasse and a shanny. I’d caught all of these on scented lures, using various forms of isome and gulp products. The steady action prompted me into attempting to lure a mini species on unscented lures, but my timing was unfortunate as the bites dried up, a change back to scented options confirming that the fish were taking a break. Time for a change of tactic!

Along with a host of mini species, Exmouth is also a good bet for some decent pollack action. Although generally modest in size, they provide good and often frantic action on an ultralight setup. With the tide now well into the flood, there was a good flow of water moving up the estuary, so I’d need to find the right balance of size, weight and profile to try and pick out some pollack, if they were around. Of course, being an estuary mark ,there’s always a decent chance of a bass here too, along with a mixture of other pelagics, although it was perhaps a little too early in the year to hope for mackerel.

I was fishing with a 7g tubular tipped rod for this session, my preferred choice for cast and retrieve methods, especially when using metals, which I’d planned on using, but first, I gave the soft plastics a go, as I do love drifting an SP and jig head in a bit of current! Unfortunately whilst cycling through various lure and jig head combinations, there were no pollack to be found at this point in the day and on reflection I should’ve taken a break or tried for something else, as it wasn’t until the sun began to dip that they turned up. I’ve done this so many times and still never learn, arrive early eagerly anticipating some frantic fishing, yet you could pretty much set your watch by these fish and save yourself a lot of wasted time by waiting for the last couple of hours of daylight before targeting the pollack! As this golden hour (or two) arrived, conditions were pretty much perfect, the water had cleared up as the tide rose and the tidal current, although still brisk compared to the average LRF mark, was manageable and some nice slacks and creases were forming as the flow hit the slipway and swirled back on itself, it just looked very fishy! It did take a while for things to get going, the first sign of life was a schoolie bass caught by an angler fishing a heavier setup a little further along the rocks from me.

Confidence was growing and the arrival of a few small shoals of bait fish in close added to the anticipation. The warm May sunshine had brought out lots of pleasure seekers, including a jet ski user, who before speeding away into the channel, jokingly said “I’ll scare a few in closer for you mate”. Off he roared and contrary to my thoughts on the situation, just a few seconds later, the first pollack appeared!

I’d opted for a 7g jig, to try and get maximum distance on my 7g rated rod and also have enough weight to get down to a reasonable depth in the faster current which was flowing further out. It soon became apparent, and again, it should’ve been obvious, that I was casting over my target species and my first hit came as my jig was about 5 yards in front of me, initially hooking the seabed, I lifted out of the snag and allowed my lure to flutter back down and it was hit just before it hit the deck again. Although probably only half a pound, in this current and in fairly deep water, these pollack put up a decent scrap and make for some pleasing sport on a light, balanced setup.

I had another pollack in pretty much the same spot before I lost that jig to a snag. Although it was doing the trick, I felt that 7g was perhaps too heavy, so went right down to a 3g jig. This was too light though and was quickly travelling from left to right with the flow without getting any real depth. A change to a 5g jig was in order, at first I had the same problem, with the lure just not quite getting down into the action areas, but after a bit of trial and error and another lost jig, I managed to find a sweet spot, where the slacker water met the faster moving current and this would bring my lure right through to where I wanted it. All I needed to do was remain in contact and perhaps give it the odd twitch on the way in. It was clear the fish were all sat deep, with none of the usual follows to the surface or midwater strikes, so it was just a matter of judging where my lure was as it came towards me and holding my nerve long enough to wait for a hit before I lifted the jig away from the many snags that litter the seabed here. When I got it right, I often lifted into a satisfying weight followed by the spirited dives and runs of an estuary pollack. 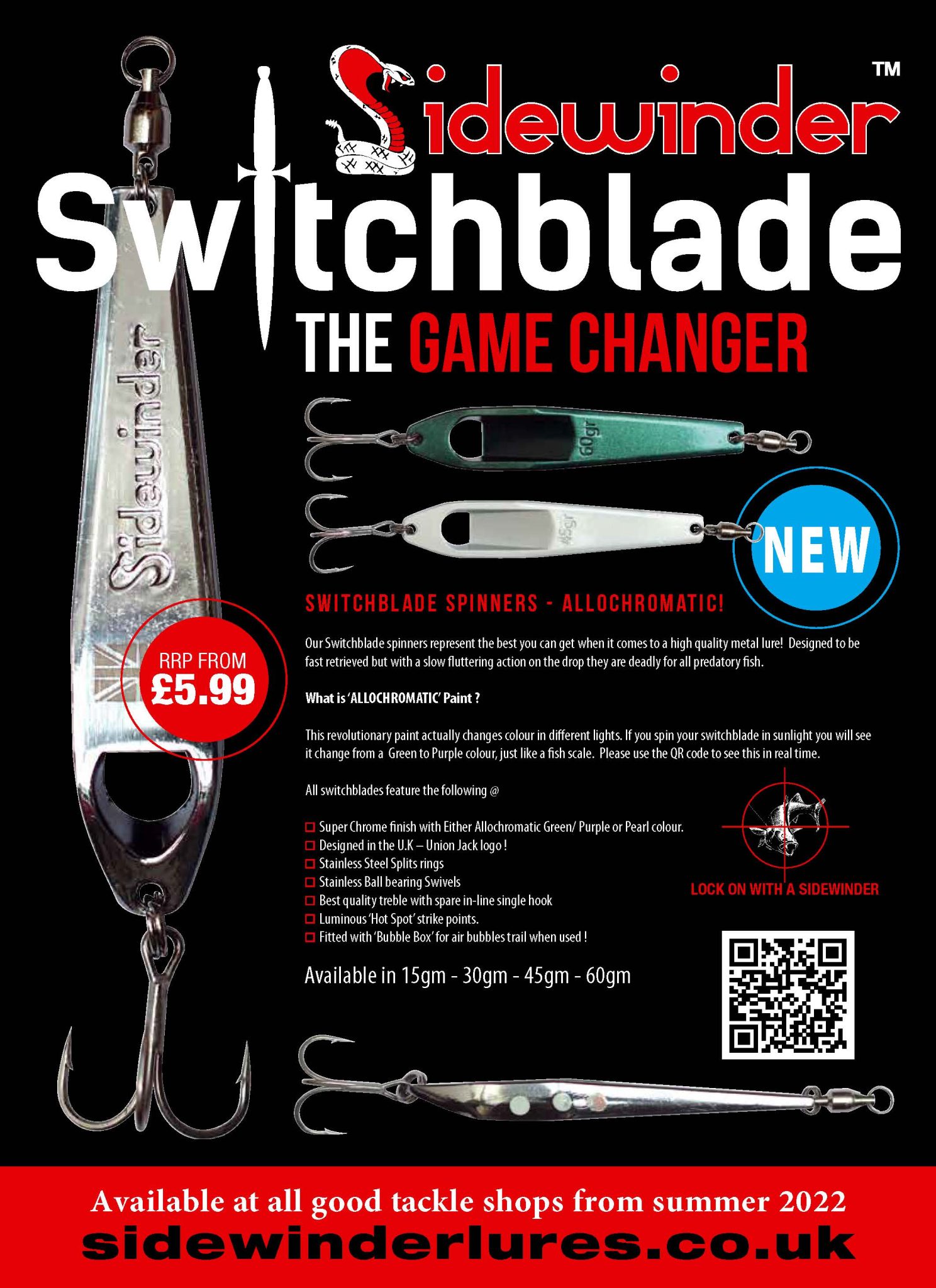 Along the rocks, a younger angler, fishing a heavy wedge looked on as I regularly hooked up and asked if he could squeeze in and try for a pollack. There wasn’t a lot of room, but it wouldn’t have felt right to watch him struggle and after learning that the fish were in close and deep, he began to get a few hits and eventually managed a pollack of his own, which was great to see!

As darkness approached, a lack of concentration led to another lost jig, so it was time to call it a day and leave my fellow angler to fill his boots. A solid spring session and things should only get better from here! Thanks for reading and tight lines!