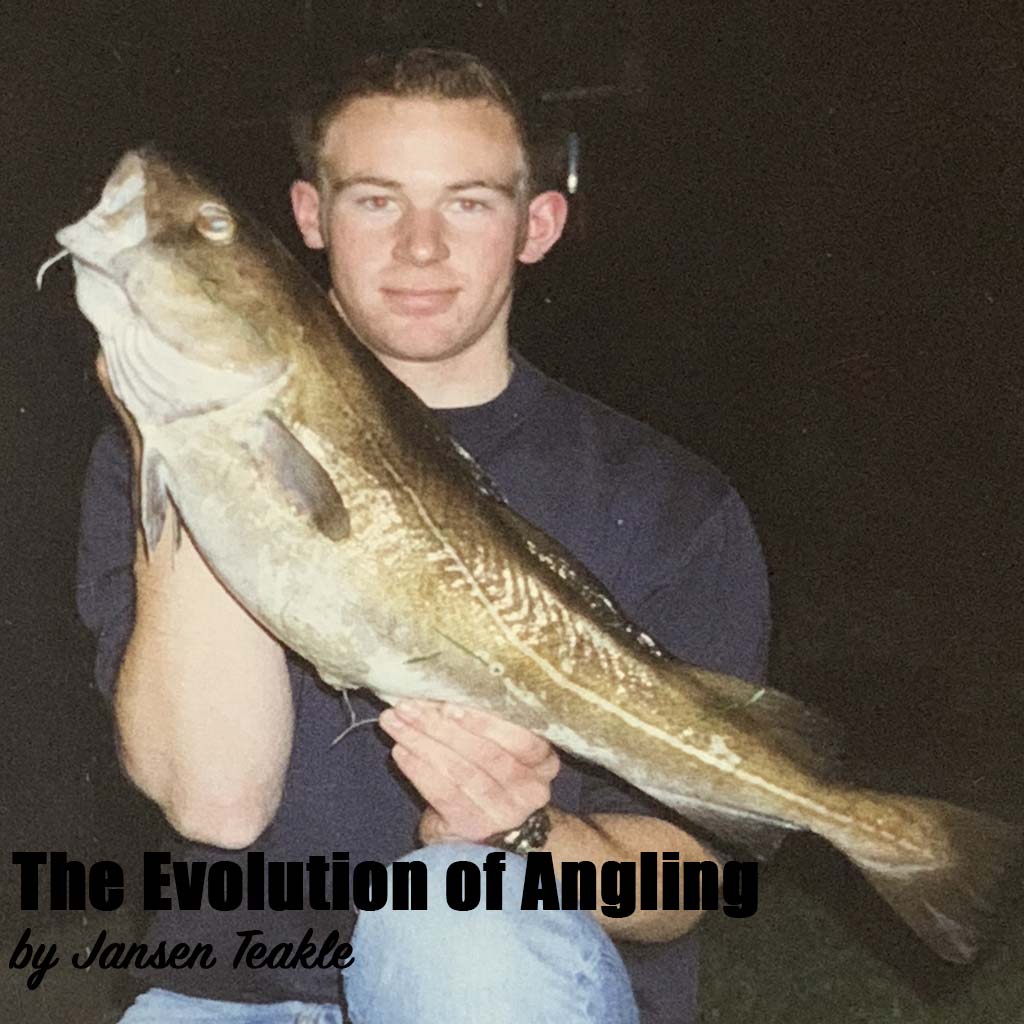 The evolution of sea Angling is a fascinating subject and one that I recently found myself pondering. The face of our sport has changed dramatically in many respects just in the time that I have been fishing, as it had long before I picked up a rod and reel. Change over time is a fact of life, but some observation of these changes lead me to believe that this has not always been for the greater good.

I often wonder what it might have been like to have had the opportunity to wet a line in my home waters of the Bristol Channel during the cod rich 1980’s that are spoken of with such fondness. My fishing started during the following decade and although it was good, it was notable that the stalwarts of my then club, Weston Sea Angling Association, told a better tale of the fishing in relatively recent years gone by. Cod was the fish on everyone’s mind and with bumper catches of fish both of double figures in weight and number, it was easy to see why this species caused grown men to obsess over planning their capture. I was perhaps lucky to experience the tail end of the cod boom here and landed a fair number of double figure examples, but it was more than evident when speaking with the older generation, whom assisted us younger anglers so keenly, that the catches we were experiencing were a far cry from those made during the previous decade.

Today, by comparison, the cod fishing is extremely poor with most seasons offering minimal sport at best. But for me, the biggest change of them all came when the shoals of whiting that were once so prevalent here literally vanished. As kids, we would fish from the harbour wall during the winter months and with the poor tackle and minimal skill we possessed, catch as many of these aggressively biting fish as we wanted. And we weren’t alone. In fact, our intentions of targeting cod were often dashed by the relentless whiting that pounced on our baits within seconds of them hitting the water. When you experience large shoals of fish feeding hard, you kind of come to assume it’s always been that way and likely always will, so it came as something of a shock probably some twenty years ago now when one season, the autumnal whiting shoals failed to materialise. Ever since then, it’s been like those fish were simply hoovered up by a flying saucer, as other than the occasional good hit of whiting on the lower reaches of the channel, they have literally vanished. There are, however, other species that have moved in, almost like nature is playing a little game of give and take, but rather than go in to greater depths on fish movements, I’ll move on to my next point, which in a roundabout way is connected. 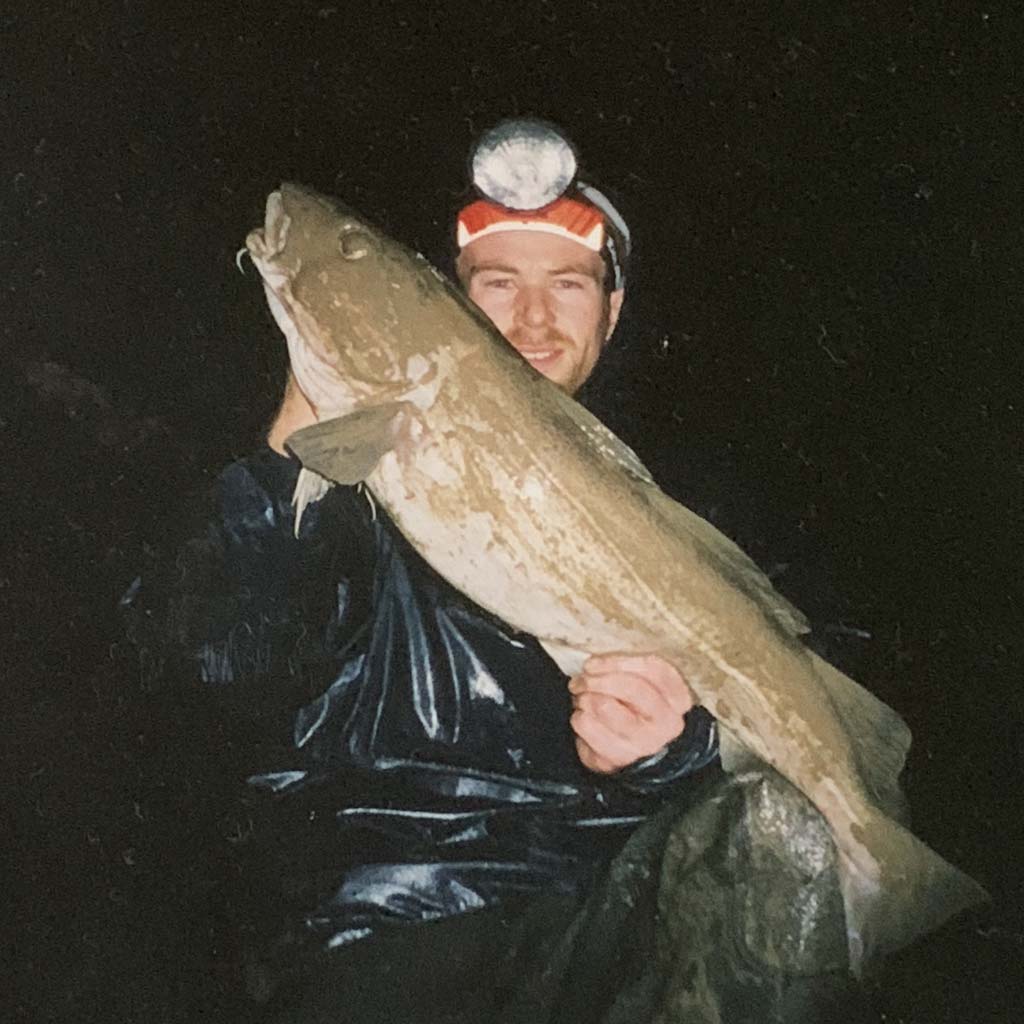 My first sea fishing rod was a bright yellow solid glass boat rod, teamed with a clunky fixed spool reel. It was crude, not designed for the job, but reasonably robust and landed plenty of those whiting mentioned above in its time. End tackle was a three way swivel and a watch lead, the trace terminating in some awful beak hook, all purchased from a car boot sale, no less. I often think back to those times and wonder just how many fish could have been accounted for had we the tackle that’s available now and I’m sure I’m not the first to consider this. Modern tackle that can cast baits over a hundred yards with ease, sophisticated and highly effective rigs carrying hooks that are both sharp and strong, not to mention an endless array of baits that can be acquired online if you’re willing to pay. Surely, that tackle would have made a difference, as did that used by the experienced anglers of the day who had access to more than just average kit. But of course, back then, inexperience would not have allowed for us lads to have exploited its full potential- so realistically, I’m not so sure.

Moving on to my next point and keeping with technological advances, it would be impossible to discuss the evolution of sea angling without mentioning the internet and its influence. Taking the legwork out of UK shore fishing since 1998, or thereabouts. It really has proved it’s worth for those wanting to know absolutely anything about fishing. The tackle you need (which you can then also buy online), how to use it, where to fish, specialist weather forecasts, satellite mapping and a whole host of other possibilities await the new angler, keen to research his new found hobby. But with the internet came a platform for opinion, namely in the guise of forums. Where as the local tackle shop was once the hub of angling gossip, those same discussions and idle chit chat were taken to online discussion rooms and it was with much intrigue that I witnessed this evolve first hand. Anglers asking for help became the norm as those new to fishing looked for answers to questions ranging from how to tie a knot, what is a spring tide and everything else in between. Suddenly this incredible resource was there for all to use and no doubt it assisted a great many on making their first catch. 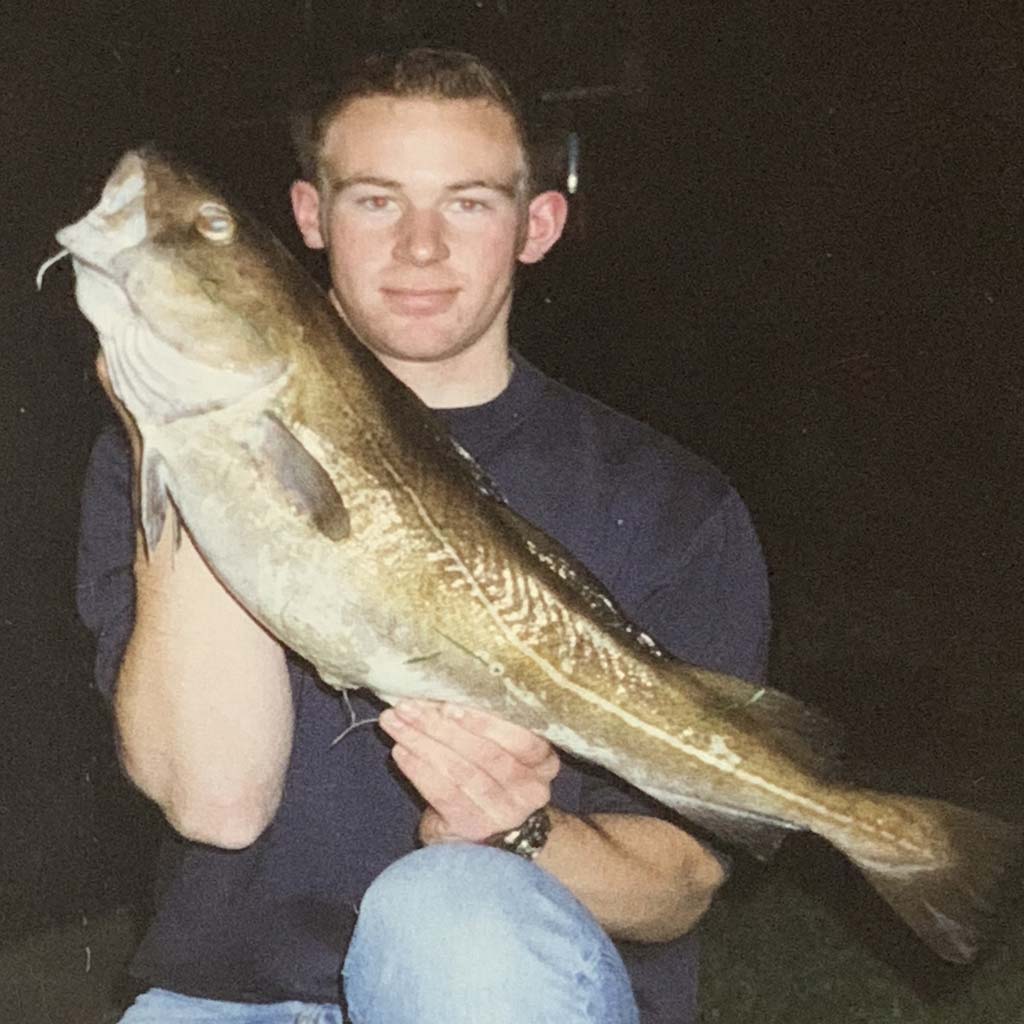 Today, I still find myself occasionally dipping in to a forum just to see what’s the hot topic of the day, but my thoughts on the whole online thing have pretty much remained the same.

In the days of club fishing, the successful anglers were easy to spot. They won the matches, caught the biggest fish and went home with a cupboard full of silverware at the annual presentation night. These were the guys to go to if you wanted to know something fishing related, that’s if you had the front to do so. It just wasn’t the done thing to hound a successful angler for his secrets, though it didn’t stop us as ballsy fourteen year olds from having a go.

Thankfully, the majority of these successful rods were true gents and shared much of their knowledge with us. It was some time before we realised that there was actually some etiquette within sea angling and asking where Mr Trophy winner had landed his prized catch was darn cheeky at best. Asking a question face to face is one thing, but from behind a keyboard in 2019 it seems that anything goes. Respect is minimal online and whereas I’m not suggesting for one second that no one should help anyone, my point is that many anglers now wish to be spoon fed information as if it’s a God given right to reap the efforts of another.

The sting to this is that it’s not always possible to know exactly who you’re talking to on the internet and the advice that is readily dished out in an effort to bolster the providers ego, is often ill founded, inaccurate and unlikely to help the new Angler. 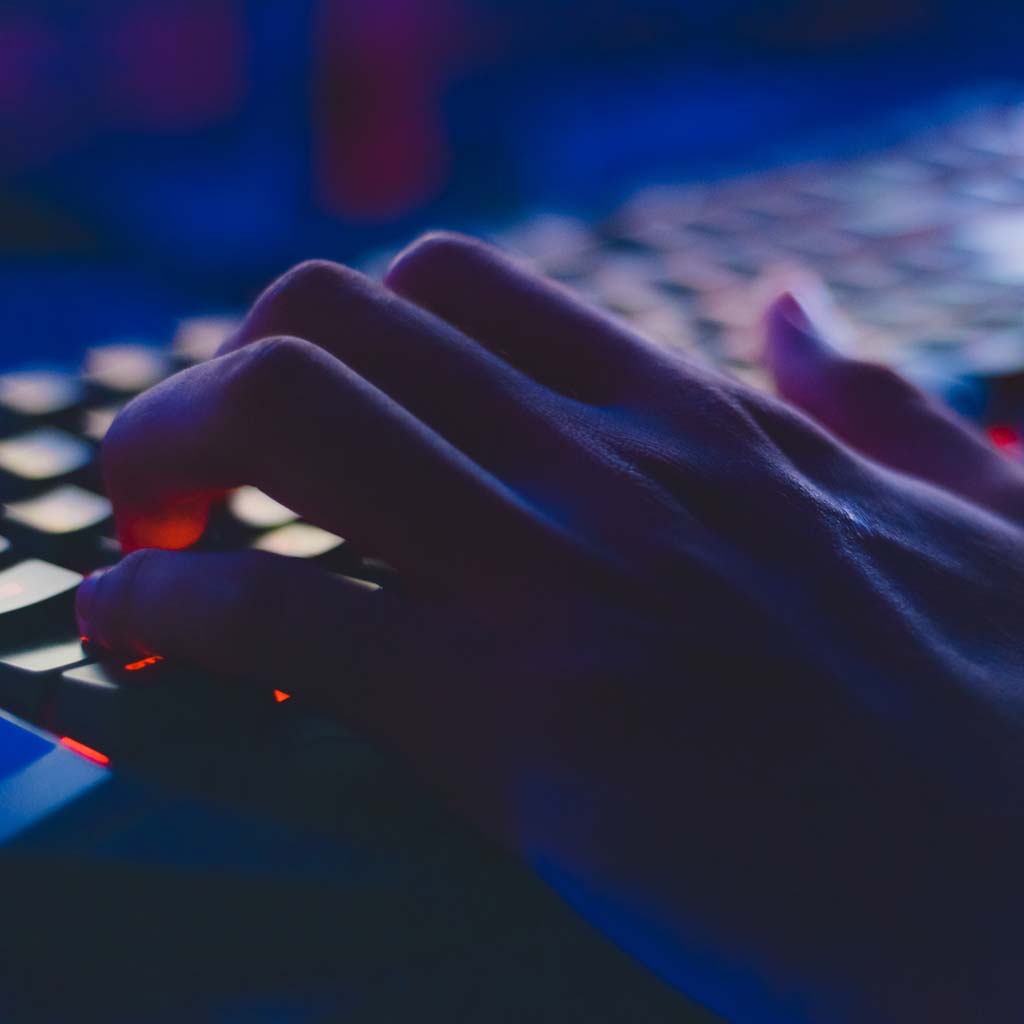 This brings us on to social media. Again, a huge subject and I wouldn’t mind betting that you’re reading this very piece off the back of something you’ve seen online. Of course you are, this is a digital entity. I digress. If forums created a place for anglers to chat, then Facebook and other social media went one better and provided a fully interactive experience for all to involve themselves with. Those established anglers that were not tech-phobic wowed an infinite audience with their continued good fortune/skill, call it what you will, but from the shadows came what have become known as the instant experts.

Anglers that burst on to the scene having been previously unheard of and seemingly of little practical experience were suddenly there at the forefront, usually off the back of a lucky catch that bolstered their already large ego and ready to dish out their advice to anyone willing to listen. Facebook groups and Youtube channels were created, often based around an individual who would then gain a following off the back of said lucky catch and his ability to make fishing look ‘good’ on camera. Throw enough of the proverbial and it sticks they say and sure enough further luck would propel our instant expert to the kind of level of super stardom usually reserved for a televised talent contest. They had made it.

Sponsorship followed, the number of admirers grew. That previously unheard of name became associated with tackle brands and the whole thing snowballed within the space of just a few years. Those who had fished since Noah built the Ark looked on in sheer disbelief as the instant expert created a snowball effect, preaching his instruction based around what was once considered a mediocre portfolio of catches and any critics watching from the sidelines were silenced with calls of green eyed monster by those viewers lacking the experience to spot a fraud.

There are of course those anglers who having only fished for a comparatively short length of time, have worked hard at it and become very successful at what they do without feeling the need to shout to the world about it. I take my hat off to anyone who applies themselves in that way and reaps the rewards, because for me, that is what fishing is all about. 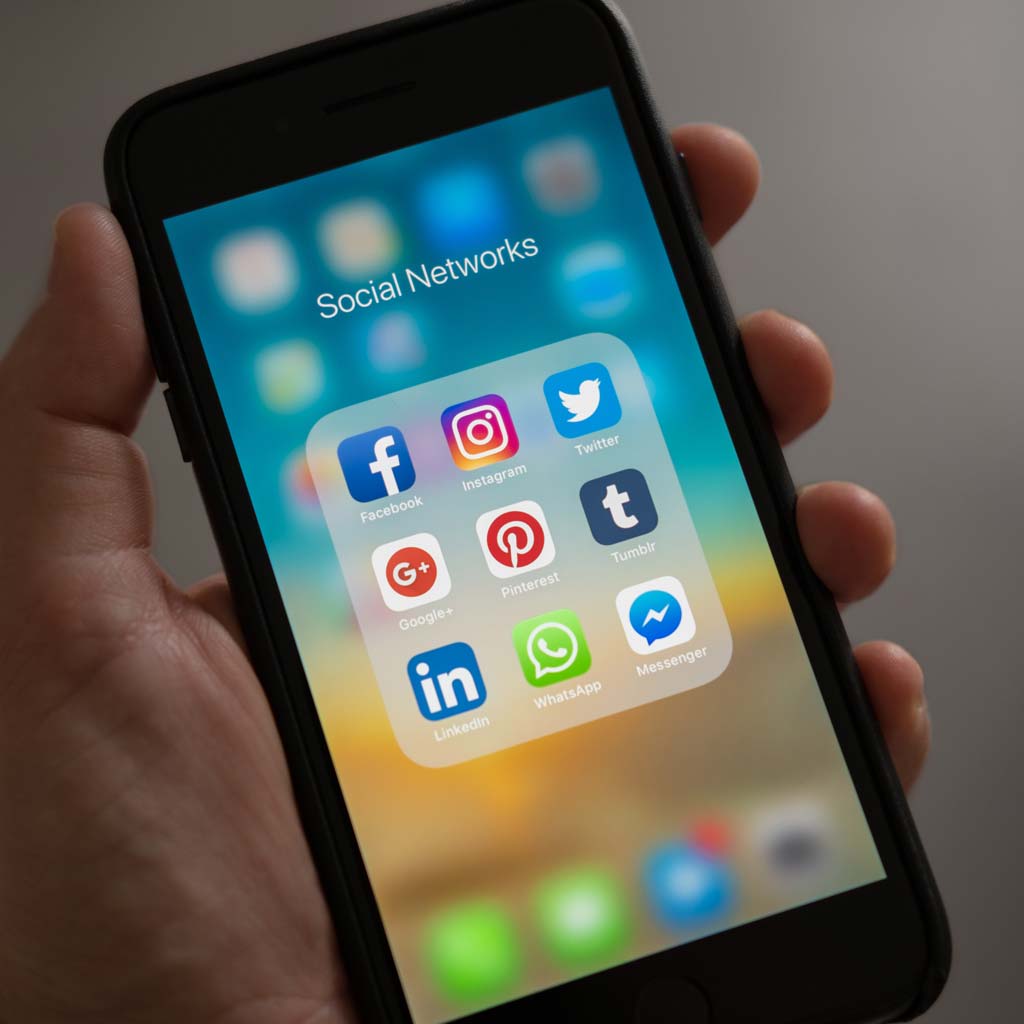