Menu
NextHow to catch a skateNext 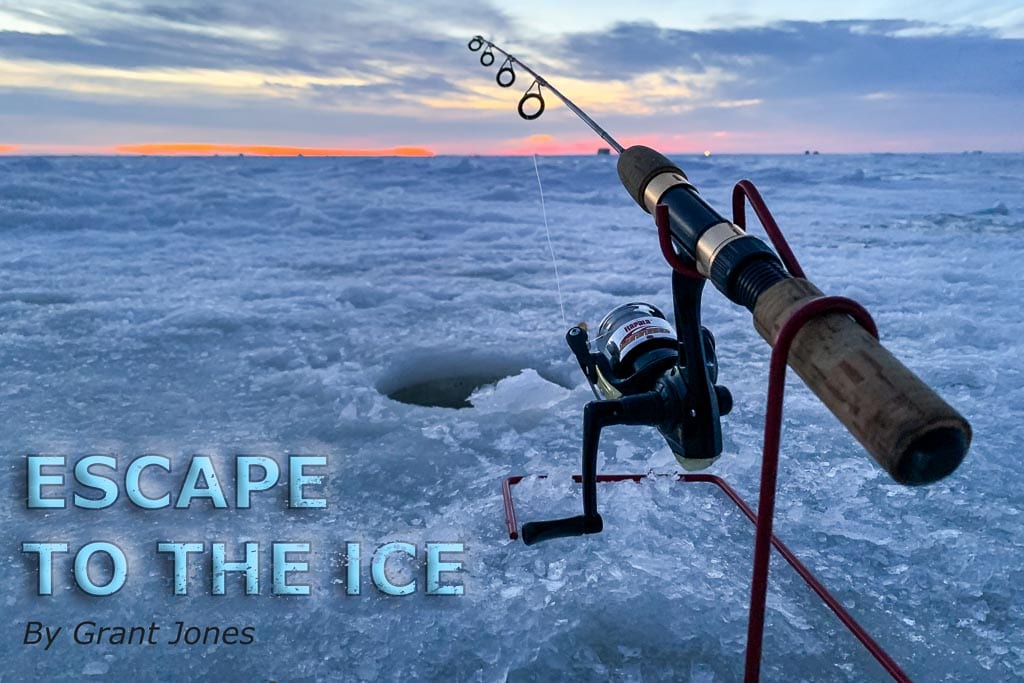 It strikes me that there are two dominant mindsets in the sport we love. Neither is wrong, it’s just a matter of what gives an individual the buzz they crave. Hobbies are, after all, driven by our desire to achieve a natural high; fishing remains the world’s most participated-in sport because it does that in abundance and in many different ways.

The first mindset is for those who believe that it is the end that justifies the means: the ‘catchers’. The planning, preparation, travel and hours sat out on the beach; none of it is special in its own right unless it is completed with a catch (and preferably a significant one). It’s true that nothing gets the pulse racing quite like a ratchet in meltdown as a fish screams off out to sea and, for some, this is the part that makes everything else worth the effort.

This first way of thinking produces some of the greatest specimen anglers we know and admire. The focus on achieving that goal, given it is the only thing that will truly be rewarding to them, becomes so honed that they take extreme steps to mitigate against failure. They’ll stick to it, knowing rod hours are often what are required, but they’ll also soon learn when they are wasting their time and not to bother. Others look on wondering how they seem to land a special catch each time they go, although the reality is that they are putting in so many hours you don’t see the bad ones – they have no reason to shout about it after all. If you strongly identify with this set of characteristics, you may wish to click through to the next feature now. 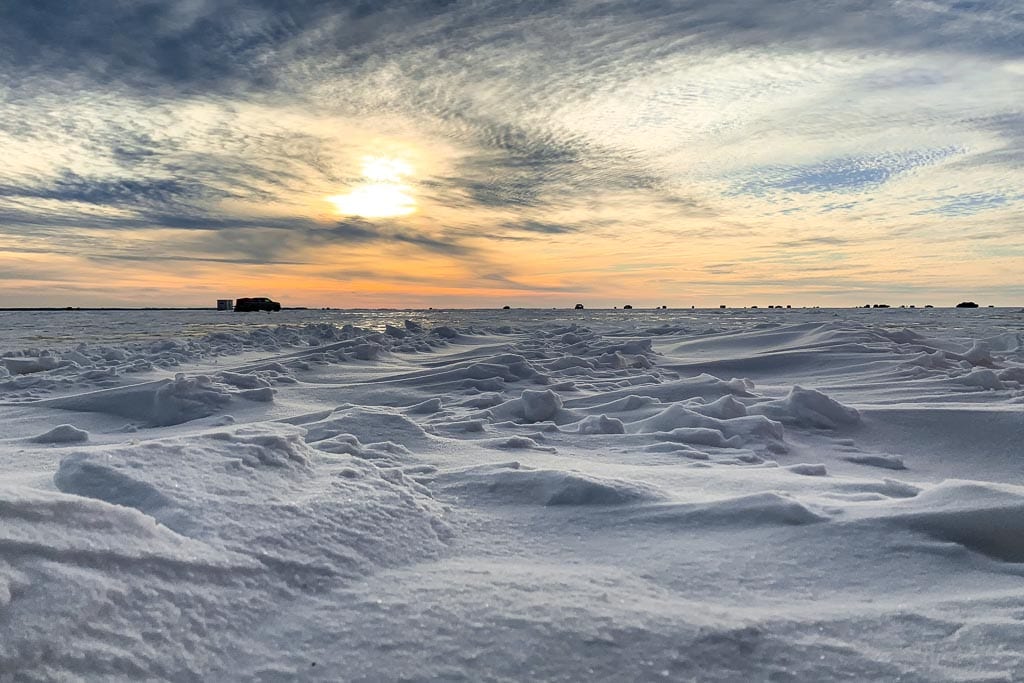 Then there’s the second mindset – let’s call it the ‘embracer’. Keen and immersed in every facet of being outdoors fishing, these anglers are almost as thrilled to spot a barn owl or kingfisher as they are to land a new species. They are often in awe of their surroundings and may well view the most valuable part of their angling as the fact that it gives them an escape from everything else in the world. These individuals can become just as focused as the catchers, but the hours researching, digging bait and walking across new ground to get to a previously unseen mark deliver as much reward to them as any final capture. The catch itself becomes, in many instances, the icing on the cake or simply a bonus; it neither makes or breaks a trip.

It is, of course, not a given that people will occupy only one or the other mindset at all times. I find myself flitting back and forth between the two, depending on where I am doing my fishing and what my target is. Overall, I spend most of my time in the latter category though.

The simple test to gauge your dominant mindset is this: ask yourself if you had the choice between 10 sessions at 10 hours apiece on the same mark and could be guaranteed a specimen, would you pass it up for the opportunity to fish 10 wholly new places instead? For me the answer is ‘yes’.

Little is this divide between dominant mindsets seen more clearly than in those frequently visiting Norway. Some will sit it out on known productive fish marks day in, day out, knowing that their time will come. Others flit around here, there and everywhere, exploring every new rock point and jetty they can come across.

All of this is a fairly long winded way of saying I didn’t catch anything on my latest fishing adventure. Yet, because of my predominant mindset, I still came away with as much of a buzz as when I landed my first big halibut or perhaps the biggest stingray to have yet been landed from the shores of the Canaries. This was, in part, because it wasn’t your stereotypical fishing trip. 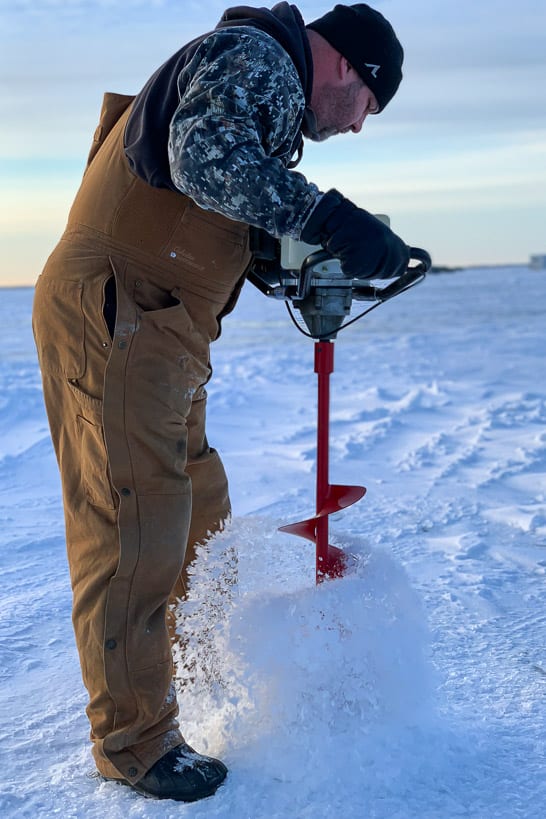 For this particular adventure, I’d be trading the sea for a lake (admittedly a damn big one), 10000 size Shimano Bullseyes for a 500 size reel and a 14 foot beach caster for a rod with a length of two feet tops. On the plus side, I’d be switching out the beach shelter for a sizeable tent with a gas burning heater inside it – something that would be very welcome given the -20°C ambient temperature (plus windchill) and the rather cooling effect of 22 inches of solid ice beneath our feet. This would be no ordinary fishing trip. Landlocked in the middle of Canada, I’d be ice fishing on Lake Winnipeg, having driven down a slipway in a truck weighing several tons, through a harbour with the floating pontoons now encased in ice, and out into Balsam Bay atop nearly 2 feet of ice and 14 foot of water.

Having established that the ‘expansion cracks’ and occasional thunderous cracking sounds coming from the ice were nothing to be concerned about (although my brother-in-law remained doubtful), we were soon setting up camp. The first job was to prepare a couple of holes in the ice each – relatively simple when you have a petrol-powered ice auger and even simpler when Bruce did it for us. My job, pretty vital I might add, was to use a special tool to clear the holes of any remnants of ice. Before long the ice tent was erected over the holes, the gas heater fired up, chairs put out and rods baited! The sense of optimism and eager anticipation hit us and the sounder was lowered through one of the six holes so we could check out any significant fish as they passed throughout the day. 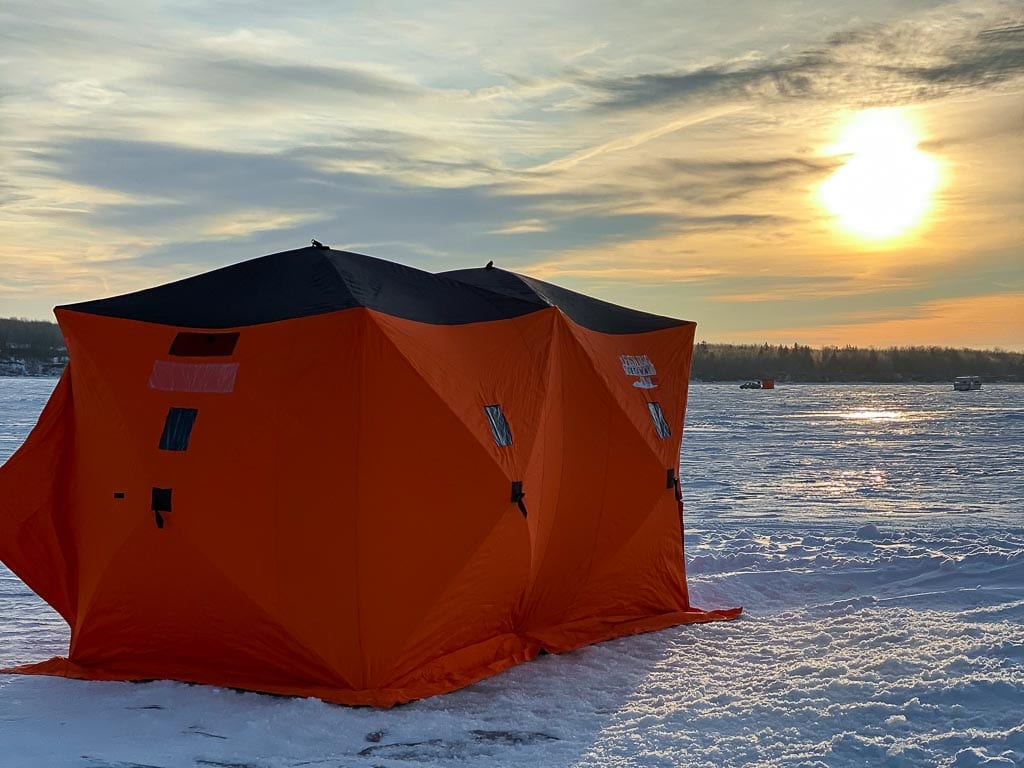 The sounder showed nothing. Not when we put it down and, in fact, not all day. Looking at it practically, Lake Winnipeg spans nearly 10,000 square miles and sports a shallow, fairly featureless bottom. In retrospect, probably the best way to have fished such a place would have been to keep mobile, giving it 10 minutes at a time in one spot and if the fish aren’t there, move on. Such a method wouldn’t, however, have lent itself to the very relaxed approach we were currently enjoying. Toasty by the fire, simply enjoying being there and the experience and certainly fulfilling the escapism aspect with nothing around us but ice! No stress, no pressure, just sat like three gnomes in a tent holding little fishing rods above a hole in the ice. The experience represented a massive tick on the list for me and the actual catching of a fish was almost the least of my concerns.

I couldn’t stay in the tent too long at a time though. Neither could my brother-in-law who, despite living in Canada, isn’t a fisherman and had never had reason to go out on the ice like this before. As the sun’s aspect changed throughout the day, I found myself having to dash outside to see how the appearance of the landscape altered remarkably in response, influenced by nothing other than light levels. For what was simply ice and snow as far as the eye could see, the vast array of colours that seemed to reflect and shimmer everywhere was surreal. Although we were a few hundred miles too south, it wouldn’t have seemed out of place to have spotted a polar bear in the distance.

Still a fishermen and not just an ice tourist, I was very intrigued as to what we remained optimistic of catching. Whilst a variety of bycatch was possible and had been caught by Bruce in the past, he informed us that walleye (also called pickerel) were the main target. To those that have never seen one, picture a zander – that’s basically it. The colouration is a little different and they don’t grow to quite the same size, but a novice to both species (like myself) probably wouldn’t immediately tell two of equal size apart.

Inevitably, my thoughts turned to the logistics of playing a fish that can fight fairly hard through a layer of ice. My main concern with ice fishing has always been the angle of the line and how it could cut into the ice, possibly snagging the fish on the retrieve or at worst causing line abrasion and breakage. As it happens, a lot of the fight of the fish is subdued by the colder water and slower flow in such conditions. Coupled with thicker line to cover any abrasion issues, the main problem would actually be if you caught something a little bit special and found your hole was too small.

The end tackle couldn’t be any simpler: all that we used was a weighted jig that we hooked our bait onto. We’d opted for live minnows as our bait for the day, really just adding to our lazy gnome approach. Many ice fishermen use jigs or jigs baited with live minnows and keep the jigging action going. We let our minnows do the work, so I guess we can blame them for our lack of success. Remember, I’d done my job so those holes didn’t have a shard of loose ice left in them! 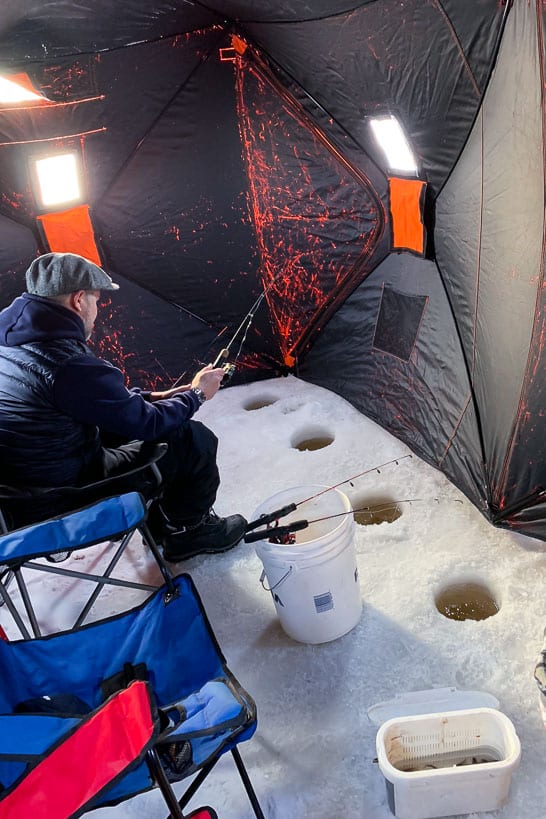 At the end of the day the remaining live minnows were placed in a bag, the air removed and left on the ice as we began to pack up the gear. They were frozen solid in what seemed like seconds, ideally preserved for bait till a future session – at least until Bruce stepped on them. After that they more resembled frozen chum.

Even as we packed up, I had no sense of disappointment. I had longed to have a go at ice fishing for some time and any fish really would have been a bonus. As we loaded the truck, I still couldn’t quite get my head around the fact that we were just about to drive over a body of water that we’d usually need a boat to negotiate. The sun was rapidly setting at this point too, so the cameras were going crazy. The only downside to the ‘escapism’ of fishing in countries other than the UK is that they all seem to have a 4G signal in the middle of nowhere. Buzzing phones with messages of ‘I’m putting both kids to bed am I?’ and ‘You were meant to be back hours ago’ dragged us back into reality as we put the last bits in the truck and made our way off the ice.

Although we’d come away empty handed, the lake is capable of great fishing and the Lake Winnipeg ice fishing Facebook group embedded below shows numerous fantastic specimen fish being caught on a daily basis. The head of fish seems quite good, though anglers are complaining of diminishing average sizes. It turns out, like us, they have an issue with commercial fishing. That might sound odd for an inland water body, but when you actually see the size of the lake it more or less resembles a sea and the prospect becomes easier to understand. The profitable fish are the larger ones so mesh sizes are tailored to pursue these, leaving an abundance of smaller specimens. Even they, however, will be under threat when it’s no longer viable to fish for the large females. Hopefully there are still some nice fish there to be caught when I return. As enjoyable as the whole experience was, perhaps the best thing about blanking is it gives you all the more reason to get back and try again! 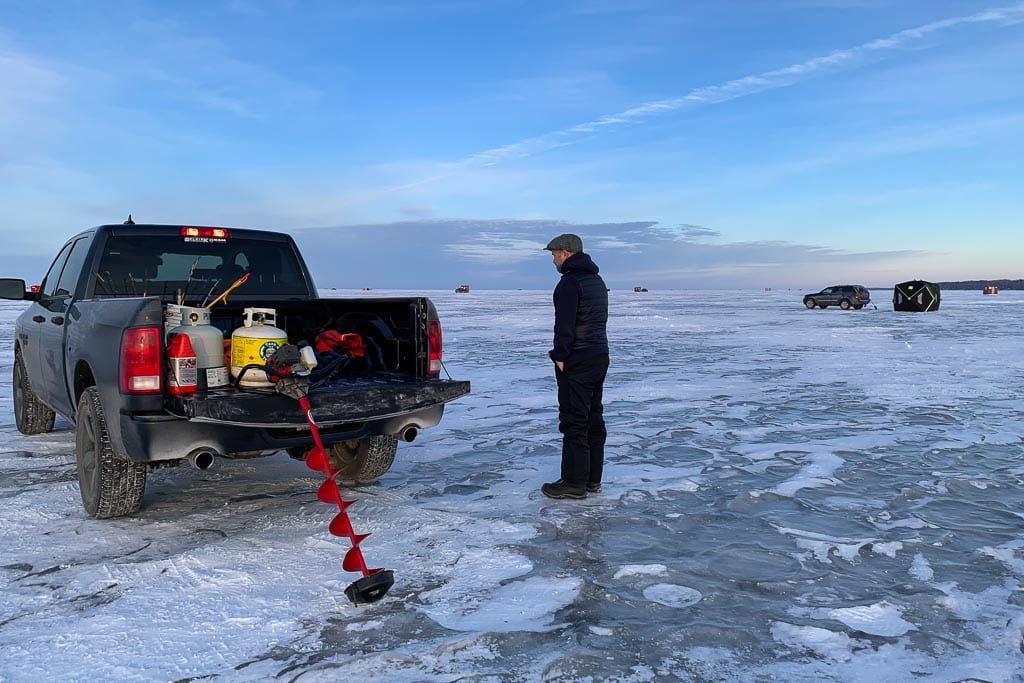 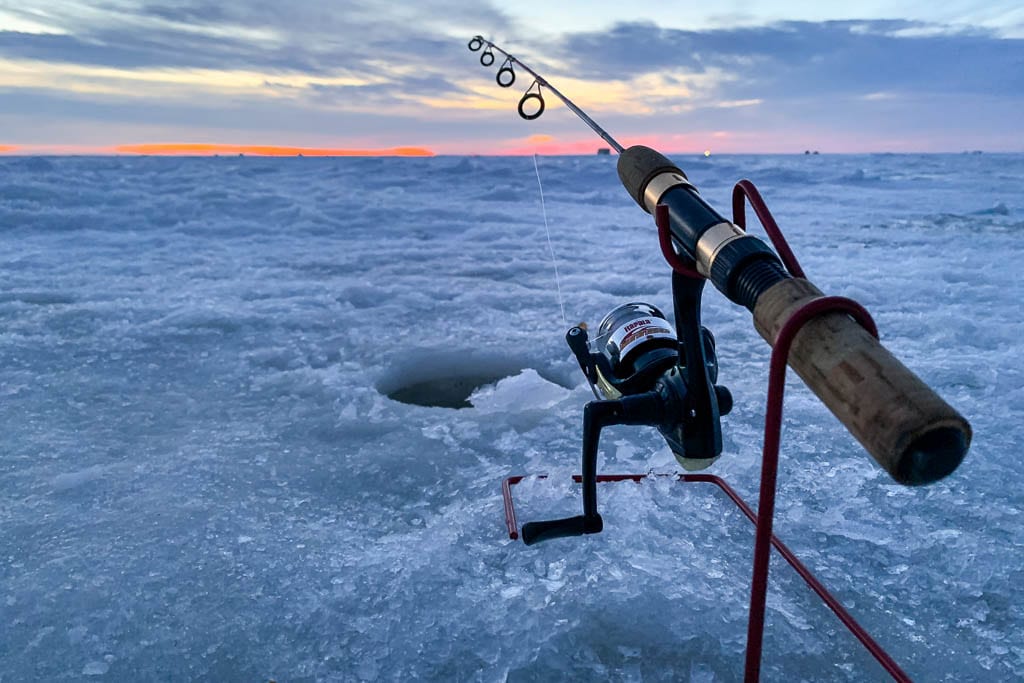 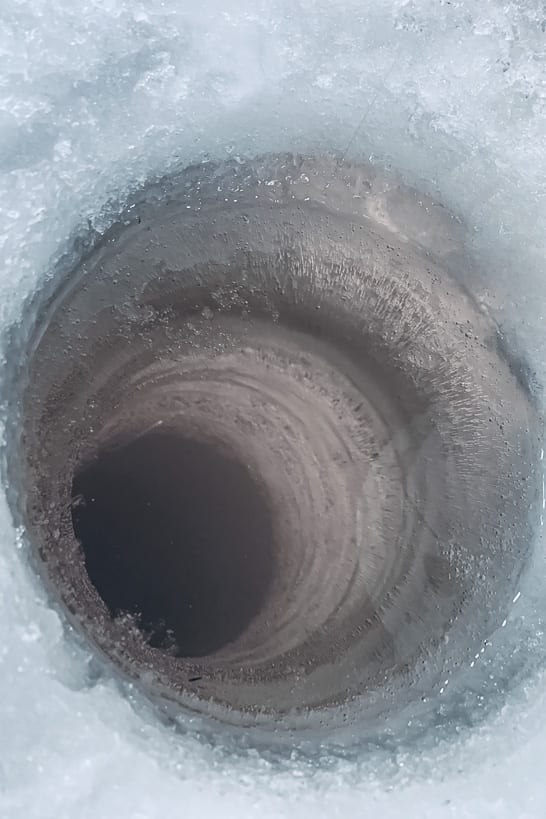