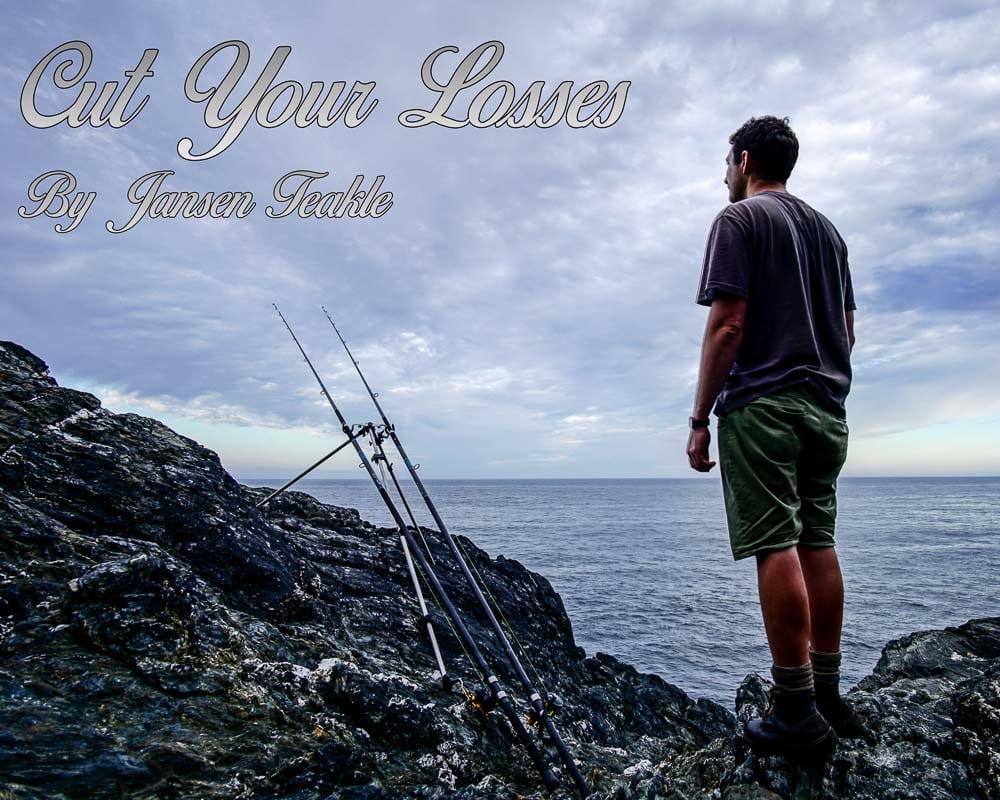 Now, more than perhaps ever before, the condition of our seas and coastline has become extremely prevalent in the media. The negative impacts of the litter in our marine environment on its inhabitants are out there for all to see. As a result of decades of negligence, we are told by scientists that we are now slowly paying the price.

Whatever your thoughts may be on ‘that’ recent speech by Greta Thunberg and the political motives behind it, the fact remains that we have been slowly killing our seas for a very long time. Of course, our industries have also come to that understanding and are now taking steps to prevent further degradation, lessening their environmental impacts and integrating greener values. As a society, we are also being persuaded to change our behaviour and take responsibility for what we contribute to the problem. We are encouraged to discard our litter in a responsible manner and even pick up after others who seem incapable of doing so themselves.

But what could we be doing as anglers in to improve the situation? I’ve spoken in the past of the role we need to fulfil as ambassadors for sea angling and how our behaviour is perceived in the public eye but a recent social media post regarding lost tackle prompted me to think again about the subject. For those of you who didn’t see the post, the subject was the angling litter evident at a popular south Devon venue, one that attracts thousands of anglers throughout the summer months. The shore-based litter problem was a talking point in itself, but it was what had gone unseen that I found rather more disturbing. Footage captured by local divers revealed a sea bed strewn with discarded tackle, seemingly having been either cracked-off on the cast or snagged and broken off on the retrieve. Hundreds of meters of monofilament line, swivels, clips and everything else in between lay upon the ocean floor in an unsightly mess. Were it not for voluntary diving groups regularly giving up their time to remove it, this debris would likely have remained where it was for a very long time.

To me, this really does smack of ‘out of sight, out of mind’ and it got me wondering just how many other areas of coastline around the UK are suffering in the same way. Losing end tackle one way or another is part and parcel of fishing and, if you choose to fish rocky areas that are subject to strong lateral tide, it’s likely to always be the way. No one likes to lose tackle – it’s costly in both time and money – so what could we be doing differently to limit what we lose and restrict the harm any losses may do to the environment?

Inadequate tackle seems as good a place to start as any and when I say inadequate, I mean lines and components that are too light for the job. Low diameter mainlines undoubtedly enable you to cast further but their resilience to the terrain should always be taken into account. I would advise buying your line based on its diameter rather than its stated breaking strain, as it is this that will offer resistance to jagged rocks, barnacles and other lost tackle. Distance can be sacrificed on many rougher venues anyway as the fish will usually be found a little closer in.

As a large proportion of lost tackle is as the result of a crack off, shockleaders should also not be forgotten. Not only will they absorb the shock of the cast but the connecting knot can act as the weakest point in the set up, meaning that the spot at which your line will break on a straight pull is predetermined. Heavy gauge hooks with little give seem like a good idea when targeting larger species of fish, as does the addition of a second hook to the trace, but more often than not it is the hook that becomes snagged (as opposed to the lead weight). If the hook (or hooks) are stuck fast, it’s unlikely you’ll pull them out. Consider going a little lighter on your hook pattern if the ground is particularly gnarly so that with steady pressure, you stand a chance of opening it out and retrieving your complete rig.

Of course, light tackle that breaks easily is a definite area for attention but in recent years the popularity of braid and its incredible strength to diameter ratio has become a concern for me. Many anglers, particularly those fishing with a fixed spool reel, are now opting to use braids with stated breaking strains in excess of 50lbs without a shockleader. On the face of it, this is perfectly logical as a high breaking strain braid will take the force of the cast and adding a shockleader seems pointless. Problems occur, however, when the end tackle becomes snagged and enormous amounts of pressure are needed to snap the braid. As there is no shockleader, there’s no knot, there is no weak point and the braid could snap literally anywhere.

If a decent length of braid is lost (along with the terminal tackle), it makes for one hell of a nasty snag that lies in wait for your next cast, the one after that and those of the anglers who tackle the same spot for some time to come. Factor in the immense force exerted on a fixed spool reel when pulling directly for a break with heavy braid. A lost set of tackle could be the least of your problems when the entire rotor parts company with the reel body. I would seriously consider whether braid is the best option over this kind of ground as, aside from gains in casting distance, I’m of the opinion that used without care, it can create a horrible line snag and one that’s especially difficult to break free from. Those of you who are long-time braid users will know how long it can last on your reel before it even starts to deteriorate so imagine how long it keeps claiming tackle for after it is lost too.

Monofilament line, shockleaders and braid are one thing, but terminal tackle is another altogether. We have to live with the fact that tackle will become snagged and lost but from where I’m standing, tackle manufacturers are caught between a rock (no pun intended) and a hard place when it comes to getting it right. Stainless steel rig components will last the scrupulous angler a season or more, with the option to cut them from an old trace and reuse time and time again. However, should they end up welded to the sea bed when you pull for a break, they’re going to lie in place for a very long time. Yet components of an inferior quality are quickly shunned by those calling out for value for money and as the rust sets in, they head for the bin and the angler vows to avoid that particular brand next time around. 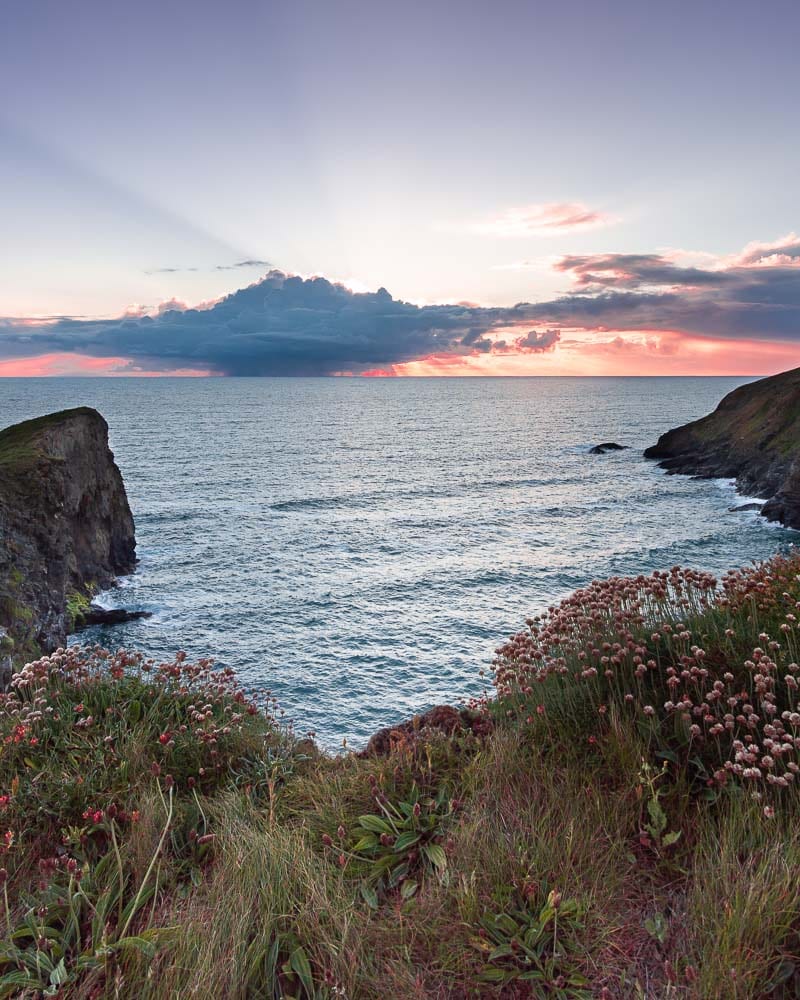 So what is the answer?

I’m not sure if there really is a definitive way to avoid tackle loss, the nature of fishing over rough ground makes it impossible to eradicate altogether but with a little thought it can be kept to an absolute minimum. My recommendations would be as follows:

In summary, just because it’s out of sight, it shouldn’t be out of mind. When underwater footage reveals just how bad this problem has become, it’s embarrassing for us all. Should we encounter inexperienced anglers new to tackling rough ground venues while we’re out fishing, it should be our duty to offer our assistance – if only in an attempt to reduce the problem. Some will listen, some won’t, but change on a larger scale can only be accomplished by starting with the individual.