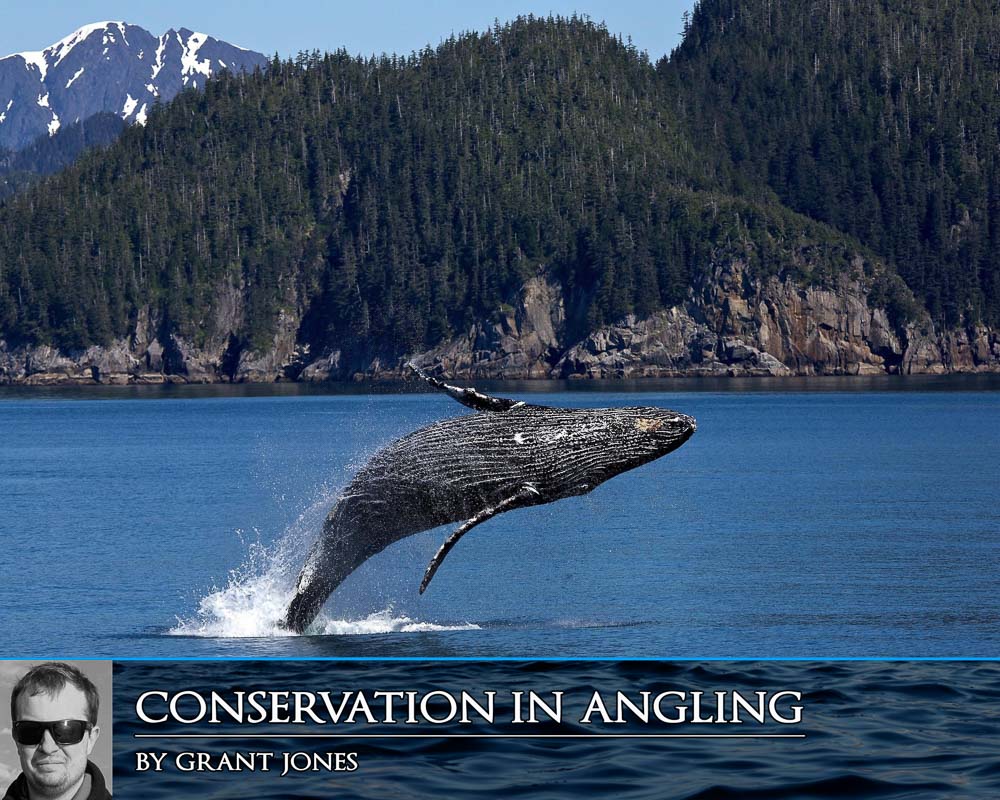 Many who are reading this will be all to familiar with the recently published and much maligned (in our world) Benyon Review. I could easily follow on from here with 10,000 or more words on my thoughts around the many shortcomings of this review, but it is just one element I wish to focus on for now – the perception of angling as counter intuitive to highly protected marine areas.

Those who regularly read Hookpoint, and maintain a decent level of recall, will know that fellow contributor Jansen Teakle has touched on the perception angling on a couple of occasions, one piece even taking on that very title. Never, though, has it been so prominently displayed to us that angling is still seen as a destructive sport with a negative effect on the areas in which we undertake it.

There are two striking things to take note of within the reviews condemning of recreational angling. First of all, the perception is so strong, that the decision that angling cannot coincide with highly protected marine areas was made with zero evidence, merely an assumption built on this over-arching negative perception or at the very least misunderstanding of how our sport has evolved in the past few decades.

Secondly and perhaps more importantly is that this assumption and thus the negative perception is held by the author of the review – Richard Benyon, who happens to be an ambassador for the Angling Trust! If such perceptions are dominant in the minds of those who are appointed ambassadors for the body that is meant to serve to protect our sport, then what hope do we have of the general public seeing it otherwise if we do not take pro-active steps to address this? Such is the severity of this, I feel the need to point it out again: An ambassador for the national representative body of our sport has a negative perception of angling in regards to impact on the environment.

At the time of writing, Richard Benyon is still an ambassador for the Angling Trust despite these aired views. We’ll leave you to draw your own views on that. One hopes he must be having a far more positive impact elsewhere to maintain the status.

At the time of the review being published, I felt it necessary for everyone to contact their MP and we gave a route to do so via the Hookpoint website. Several thousand of you did so, and despite the majority of responses from MP’s being fairly blank and dismissive, the key outcome is that the MP’s are now aware that there is objection to this review. They won’t be as inclined to blindly wave any legislation through under the impression of it being a no lose PR situation of doing something that is, on paper, benefiting the environment. It is refreshing to see that the Angling Trust are now encouraging anglers to do the same and contact their MP’s. We’d reiterate the need to do this.

Whilst this played on my mind and how ever increasingly negative the view of angling can be, despite anglers being some of the most active conservationists around, a friend and another fellow Hookpoint contributor, Tom Rowe, shared a Facebook post that both saddened and pleased me at the same time. The post itself has been embedded a litter further down this piece, but to summarise, it showed a blue shark being carefully relieved of commercial netting that had embedded into the fish just behind the gills. It had left open wounds and had clearly been like it for some time, only getting worse as the fish grew.

As Tom had highlighted in a share of this post, just who, aside from recreational anglers, will have ever got near enough to this shark to treat this injury? This sort of situation is not rare. Speak to any charter skipper who runs sharking trips and they’ll recount many a similar story each year. Speak to those abroad and similar encounters with all manner of pelagic species will be recounted, not just fish but turtles, dolphins, seals and even whales have been the beneficiary of quick thinking anglers.

Aside from dealing with injured fish, if not for anglers, where would shark tagging be as a valid research tool? How much data would the undulate ray project have gathered? How much key knowledge gained on the regular or changing migrations of various species of marine animals would have been missed out on?

Anglers are, in the majority, custodians of the seas to a far greater extent than any other group of people. As with anything, there are things we can do better. As with any group of people, there will be exceptions. So why then does this perception persist of anglers having a detrimental impact on the sea and the species within it?

The answer lies in what garners publicity. Who will hear of these careful releasing of sharks from lost commercial nets, outside of the angling community? Does anyone see a local paper running the story, let alone a national one? Yet, how many ‘my dog had to have a fish hook removed from it’s paw’ stories have you seen shared on Facebook via the local papers? There seems to be one a week, massively biased, ill researched and only increasing the negative outlook of our sport.

It’s time to fight back this wave of negative press, in two ways. Firstly, promotion of positive stories and influence local and national press to report on the same, and secondly being right at the forefront to speak out about bad practices within our own sport and calling it out for what it really is before the general public paint everyone with the same brush. See for instance Jansen’s piece this month ‘unbecoming of anglers’, a commercial activity on Chesil beach masquerading as recreational angling.

Thus, along with Tom Rowe, who is equally as passionate about this as I am, we want to create a hub for collating all these positive stories emanating from angling. Whether it’s treating injured sharks, rescuing sea birds, or even filling a bag of litter from a beach, we want to hear about it and document it all.

The following is a link to a new Facebook group we have set up to orchestrate the collection of these positive stories, which will then be collated into a log that can be accessed via the website. This will allow us to hit back with reams of positivity when faced with challenges in the future. We’ll run monthly prizes for the best stories shared to the group and also work to bring the most inspirational stories to the attention of local and national media.

We implore you to spread the word and contribute as many stories as you can to the group, no matter how small the effort that went into it. It may feel like baby steps at first, amongst a wave of continuing negativity aimed at our sport, but it’s a step we’ll look to build on and work to change one mind at a time, until we get to the most challenging mind, that of an ambassador for the Angling Trust…