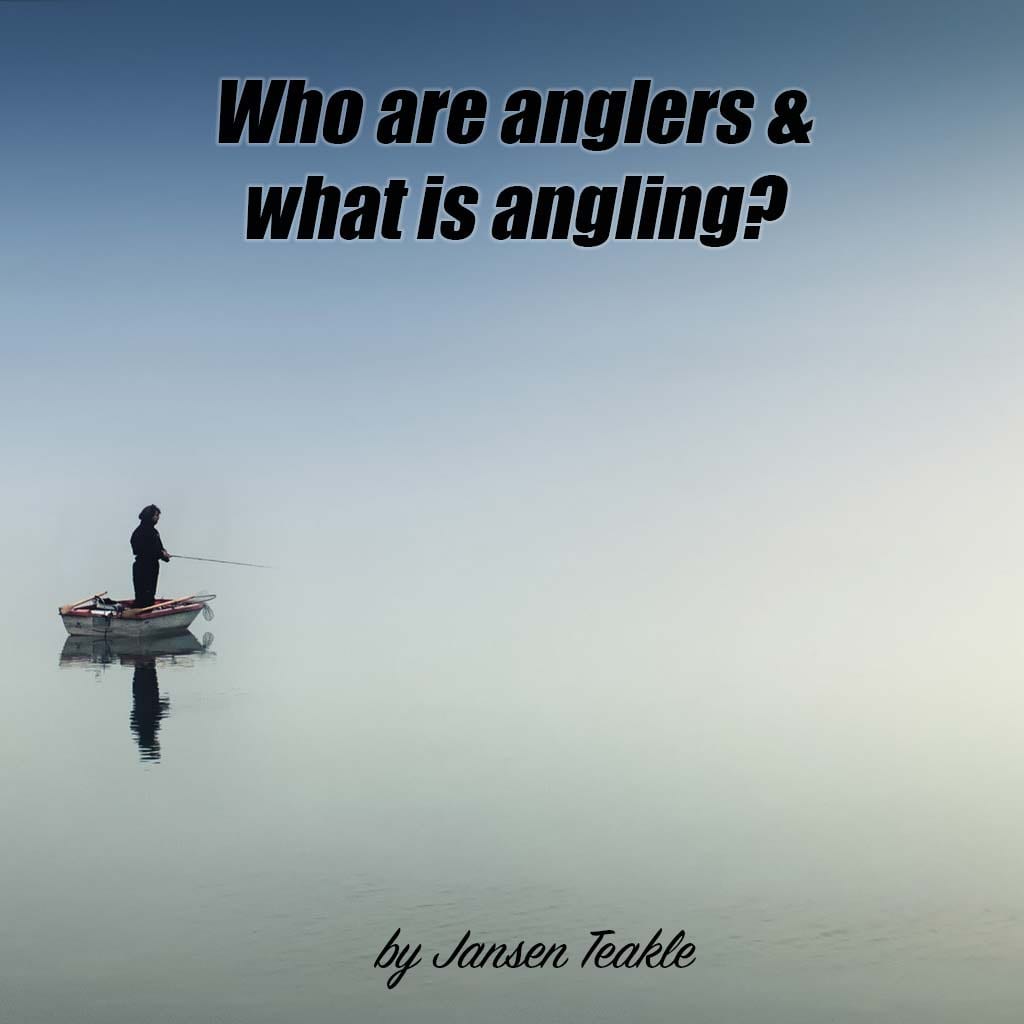 The image of sea angling is not something you ever really think about as an angler yourself. If it’s simply a hobby, a way to relax or spend time with mates then chances are you’ve given it little thought. After all, who really cares about what anyone thinks, perhaps with the exception of the other half who is on your case when you roll in to bed at 1am smelling like death and windburned  like a Saharan sand surfer. But should we care about what the public perception of us actually is in 2019 and if so, why?

It’s blindingly obvious that sea anglers are lacking identity with no stand out representation, that can be agreed upon anyway. In spite of this, it becomes very interesting when you take a close look at public perception of anglers on the whole, who they supposedly are, why they do it (aside from the obvious) and their general behaviour.

I can recall tabloid cartoon strips of old depicting scruffily dressed middle aged men, always alone, perched on wicker baskets clutching a stick and string affair, their only company being a tartan flask, the sort of which would only have to be looked at the wrong way for it to shatter.
This angler was always portrayed as a loner enduring a hermit like pursuit. He is friendless, miserable and seemingly lacking any enthusiasm for life. And don’t forget the maggots. All anglers regardless of the fish they angle for have to be using maggots, or occasionally worms if the writer/artist is thinking outside of the maggot box. Our recluse is seldom pictured with a fish, let alone a bend in his curious make-shift rod. It really is a miserable picture. The cartoon alludes to a lifetime of failure, epitomised by his catch of an old boot or perhaps a shopping trolly in cold conclusion of his efforts. And did i mention his health? He’s grossly overweight, as a result of sitting on his lazy behind and socially inadequate to boot. It’s a sad image, but the very one that anglers have been portrayed in for as long as I can remember.

Okay, so the above example relates to a coarse angler. But ‘Fisherman’ in public are rarely separated in to groups and would appear to all be lumped in together, which in itself displays a lack of understanding which could be depicted as ignorance. However you look at it, it’s a pretty  negative view. But sea anglers don’t seem to fare any better in my opinion. As someone who spends time fishing as well as coastal walking, I’ve always been curious as to why these two separate past times appear to be greeted with such different attitudes. A cheery ‘hello’ welcomes the walker clutching just a stick and carrying a small back pack, but place a bundle of fishing rods in his arms and he instantly becomes a loner who should not receive any form of communication. And I thought it was just me until I spoke with other friends who were subjected to the same treatment.

This for me is the most worrying scenario so far as not only does it display a lack of understanding of who sea anglers really are, but it also suggests something a little darker. This whole idea of not being on the same wavelength, in my opinion, is because the walker could be of the belief that the angler has little care for the environment. Although there is little evidence to suggest so (though the ever increasing litter problem on our coasts and the association with sea anglers is one good reason), perhaps the very fact that we are in effect hunting, might have something to do with it. In their eyes we are there to maim and kill something, so how could we possibly have any respect for that environment if we care not for the fish that live there? It sounds bizarre, I know, but if you think about the day and age we are living in, these people are out there and i’m sure it is an opinion shared by a worrying number of outdoor purists. 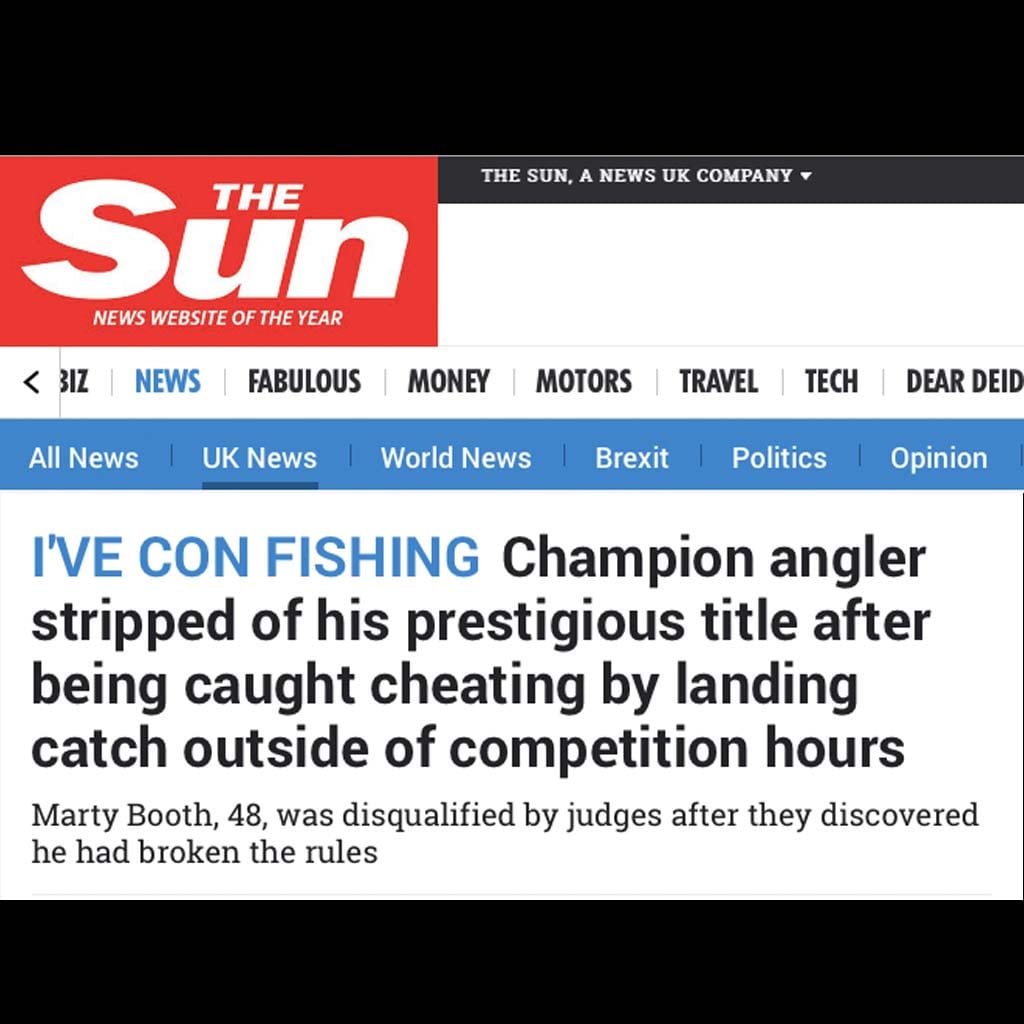 I’ve already touched upon the media’s seemingly minimal grasp of anglers, but the actual lack of exposure angling is given through the mainstream media has left me feeling puzzled for a long time now. Considering our sport has such an enormous following, have you ever considered just how little you actually hear about it? Aside from seasonal tabloid shark sightings, the very occasional ‘mysterious monster’ piece involving a decomposed smoothhound washed up on a suffolk beach as well as the numerous other poor pieces of journalism that surface from time to time, the media do seem reluctant to paint angling in any positive light. You could even say that these stories alone are only very loosely angling related. And it’s not like there’s nothing to write about either. A little investigative journalism would reveal numerous medal winners in international events and that’s just this year so far. UK anglers representing their country with pride, excelling at what they do and and receiving bare minimum coverage at best does leave a lot of questions to be asked. When you consider that any other sport where competitors won gold, silver or bronze medals would likely take up a huge part of the tabloid sport pages at least, as well as television coverage, why is there such reluctance to cover angling in the same veil?

The recent Paul Roggeman European Open Beach Championship competition is the only event of its kind to have attracted such media interest, but only because the winner was found to have effectively cheated. Obviously this in itself is a talking point, but what a huge shame that other similar events are not covered in a bid to promote what a positive and wholesome sport angling actually is.

Instead, it seems to be the easier option to make light of a cheat, use a ton of cliches and to suggest that angling attracts dishonest people. This is obviously not the case, but the very fact that this particular story was covered for the reason it was, does nothing to promote sea angling and the likes of the BBC should be having a word with themselves.

Thankfully, its not all doom and gloom and with celebrity anglers such as Chris Tarrant, Paul Whitehouse, Sarah Cox and others flying the fishing flag, there is exposure for angling there somewhere if those at the top could actually be bothered to report on it. When you consider that the likes of football, rugby, tennis and snooker are almost constantly on the TV, is it really too much to ask to see more angling based television shows? Some recent efforts have actually been quite good and I personally found Paul Whitehouse and Bob Mortimor’s recent offering to be a very enjoyable watch. I’d suggest the key with this particular show was that it wasn’t solely angling based and was likely directed in such a way so as to lure in nature lovers and outdoor types alongside the more traditional angling show audience that would have followed the likes of
“Go Fishing’. This in itself makes good sense and while it’s perhaps important to fluff up the edges in a bid to attract higher viewing figures, in actual fact it is probably the only realistic way for those who don’t fish to get a true grasp of what angling really means, who does it any why.
Because let’s be honest, if angling is going to continue, it does need to grow and in a world now filled with many not so wholesome alternatives, this is something that needs to happen sooner rather than later.