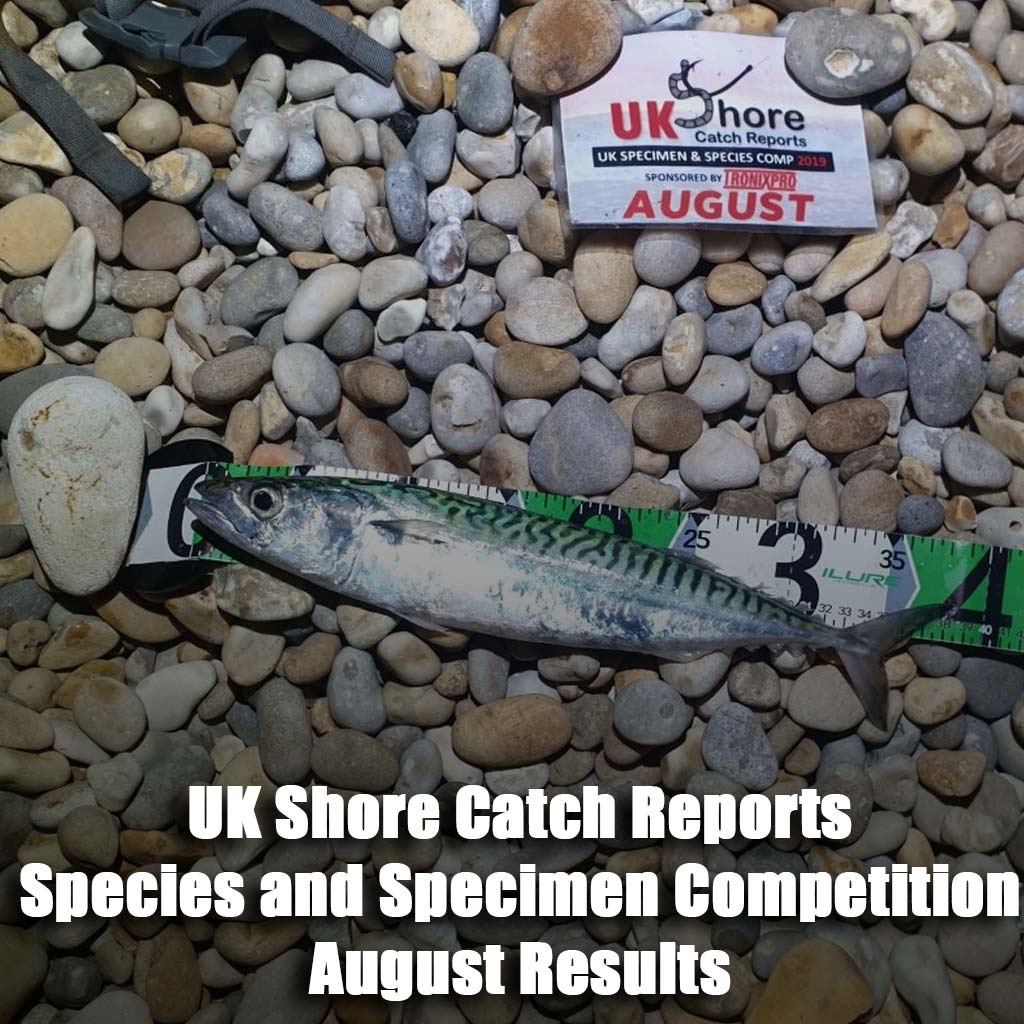 The intensity has ramped up in this inaugural year of a new, nationwide, species and specimen competition run by UK Shore Catch Reports and sponsored by Tronixpro. With a midfield battle focusing on bragging rights around number of species, a clear four way battle for the lead has begun to emerge at the top, as those same four dominate the monthly as well as the yearly standings.

July saw Gareth Griffiths claim the overall lead with a solid months victory, just holding off Rob Johansen, as was reported in last months HookPoint. As we moved in to August, fellow top four challenger Simon Lancastle had more free time to get out and intended to make it count.

In quite unbelievable fashion, Simon stormed into a lead we’d yet to see since the competition started, blitzing past 500 points with a series of specimens that made the month look like a foregone conclusion. To say everyone would now be playing catch up would understate it somewhat! A combination of Bristol Channel thornbacks and bass, coupled with success on specimen mackerel, scad and plaice at chesil, amongst other notable fish, gave Simon a monthly score well clear of previous months winning totals. We all knew that the summer would throw up bigger scores, with the diversity of species available, and thus it proved.

With such a lead in these first few days of the month, Hookpoint’s pair of Dorset Rob’s (Rob Johansen and Rob Stammas), who along with Gareth and Simon are the leading top four in the competition, set about chasing down Simon’s lead. Rob J, soon to be known as Rob the Pout (not for any instagram selfies I hasten to add) was soon hauling in his now standard pair of specimen pout. Being able to bank on these for 110 points a month is quite something to build success on the month. Meanwhile, Rob Stammas was adding a specimen bass, red mullet, silver eel, mackerel and spotted ray with Rob Johansen adding to his specimen tally with a ballan, mackerel and bass of his own.

With very impressive scores, Rob Stammas’ 390 or Rob Johansen’s 370 would have won any previous month. Even Steve Harder’s total of 310 by the end of the month, which would have been good enough to tie for a win a few months previous and come second or third in any other month, was only good enough for 5th. Everyone still found themselves some way behind Simon’s stunning 530 point total. 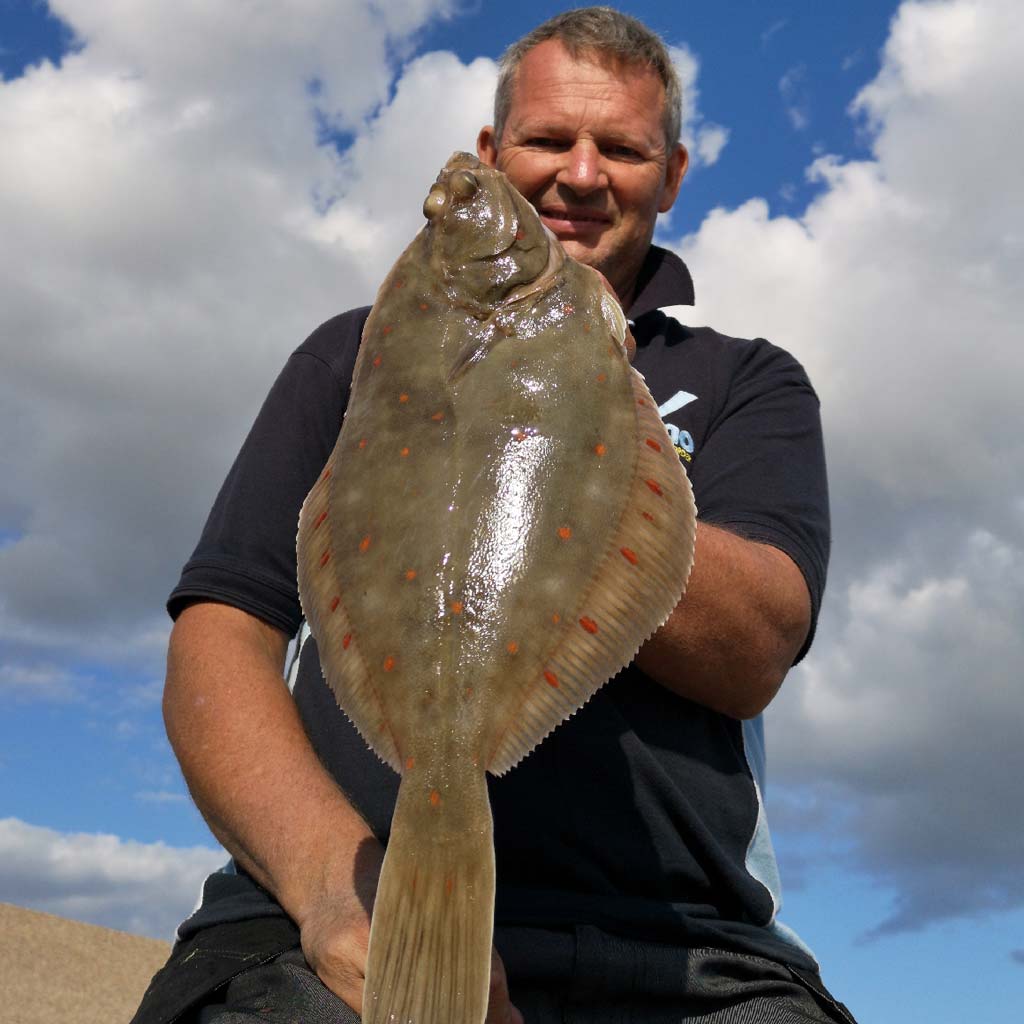 Then, in the final couple of weeks of the month, July’s winner Gareth Griffiths got on the case. Variety was going to be key, so trips in the Welsh side of the Bristol channel, further west in Wales and down south to Dorset were all pencilled in and the species and specimens soon started rolling in.

At the outset of the competition, the aim was to develop a points system that gave due reward to gathering a good number of species as well as specimens. What this month showed in particular was that, as we’ve seen before, specimens are what propels you up the board, but species are starting to be the difference maker. Ticking off a corkwing or a tompot whilst chasing the specimens can make or break it come the end of the month. Gareth absolutely excelled throughout August in this respect, chalking up no less than 24 species! That’s more species in one month than anyone else in the league has accrued in total since it started.

The question would be, could Gareth haul in Simon’s 530 point total?

Specimen conger and hound got Gareth up the board early and a trip to Dorset produced a further specimen, an undulate that was a PB and has proved challenging to hit the specimen length for this year with many fish falling just shy. With the species count growing by this point, Simon was still someway ahead but feeling closer to reel in. Attempts for a specimen silver fell agonisingly just short of the mark.

Heading west, Gareth would be back on the tope that had propelled him to the win the month previous. He duly landed a further specimen tope but couldn’t double up on it this time. He did, however, add a specimen mackerel and a pout before heading back closer to home to tick off his second specimen hound of the month to close to just a few points of Simon… game on! 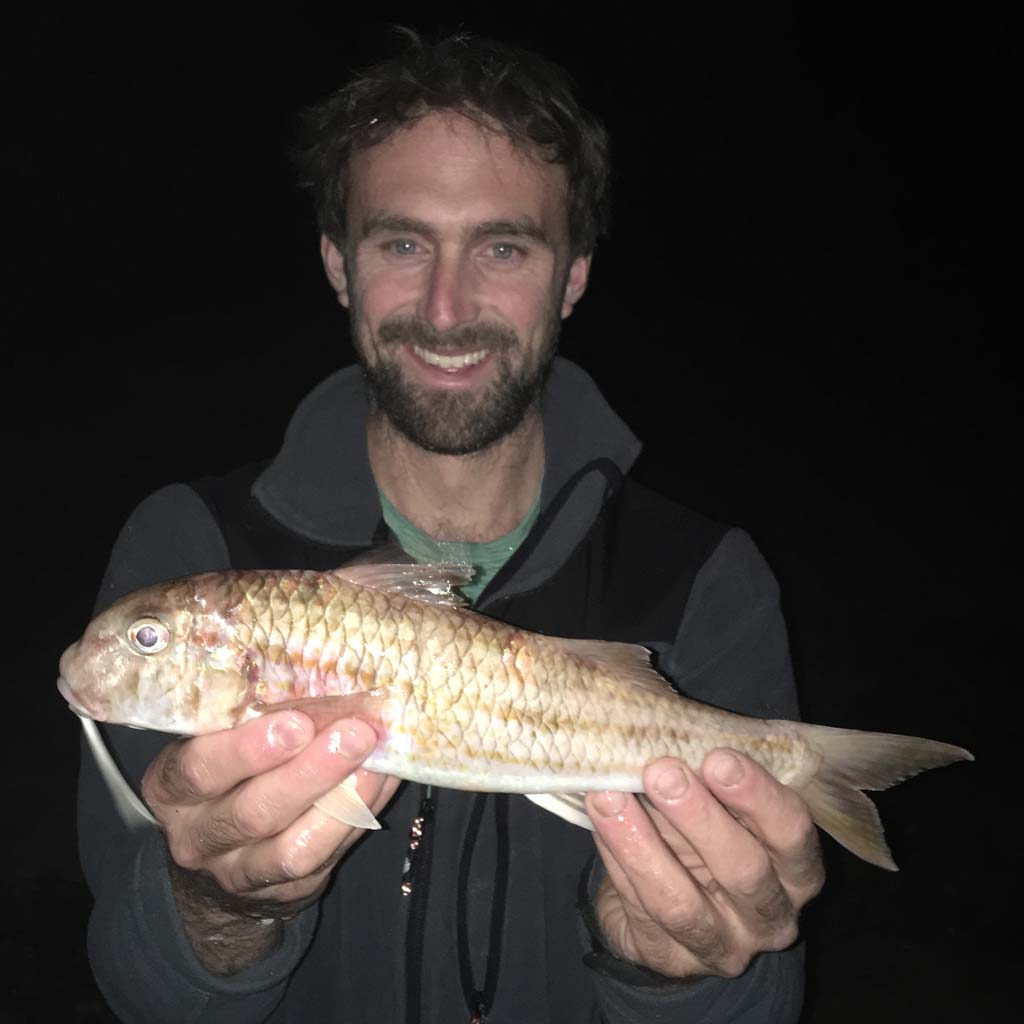 With the last few days of the month to go, a few extra species had moved Gareth 20 points clear and it was now Simon, having been sat on a massive cushion, thinking about how he could claw Gareth back in. Unfortunately, having maxed out on most local achievable specimens, further thornbacks did nothing for his total and it was all to be in the bag for Gareth.

Not one to rest on his laurels, and unsure at this stage whether Simon could overtake him once more, Gareth thought he’d have one more crack at the silver eels, only just missing out on the specimen earlier in the month. He was duly rewarded with two specimens, the biggest being a PB at 3lb 7oz!

Gareth finished the month with 9 specimens to Simon’s 8, but his 24 species is what really separated them come the end. It will be a challenge to better either of these tallies before the end of the year, though we’re sure a few of them will be trying! 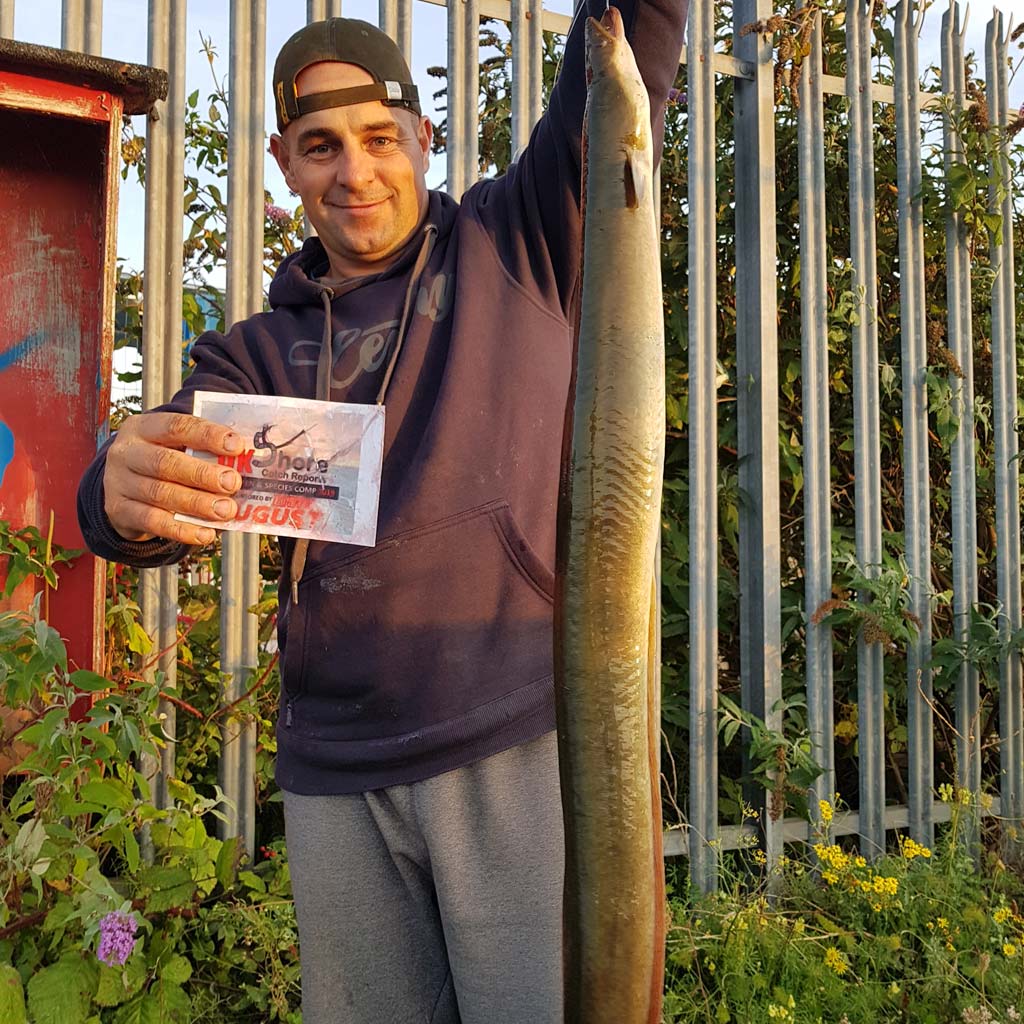 On 1,590 points, Gareth takes a comfortable 140 point lead over Simon in the yearly standings too, with Rob Johansen a further 200 points back, 30 points clear of friend and fellow challenger Rob Stammas on 1,120. Unfortunately for Rob Stammas, he is spending most of September fishing in non-qualifying waters in Norway and Ireland respectively. There’s been some discussions on whether fish in Irish waters should count next year, but some reservations about certain advantages. With a few of us spending some time in Ireland this month, some data gathering will go on to see exactly what this advantage proves to be before it is considered for next year.

Considerations are already taking place for changes to next years format and once these are determined and published new entries will be taken. The initial cap of 100 entrants for the inaugural year will be opened up, now that the administration side has been standardised to make matters quicker and simpler. Stay tuned for a full update on next years rules in the coming months along with entry forms. Bigger and better prizes will be on offer and the key focus on the rules change will be to better reward diverse species, rare catches and geographical disparities. Nothing can ever be perfect, but the aim is to keep it as competitive as possible for everyone to have a chance.

Well done on two successive monthly win’s Gareth. Roll on September, historically one of the best fishing months up and down the country. We could be in for some excellent scores all round!